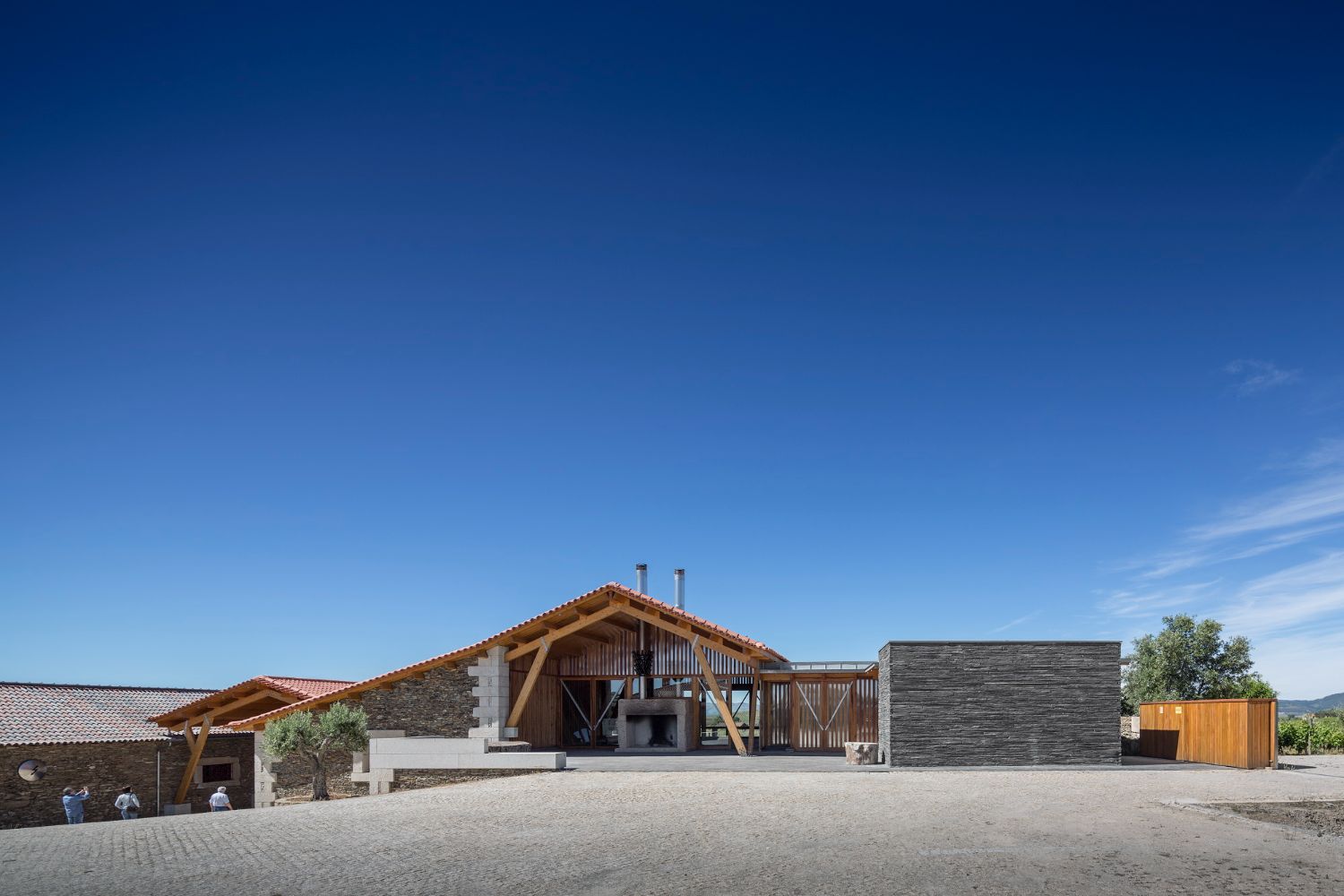 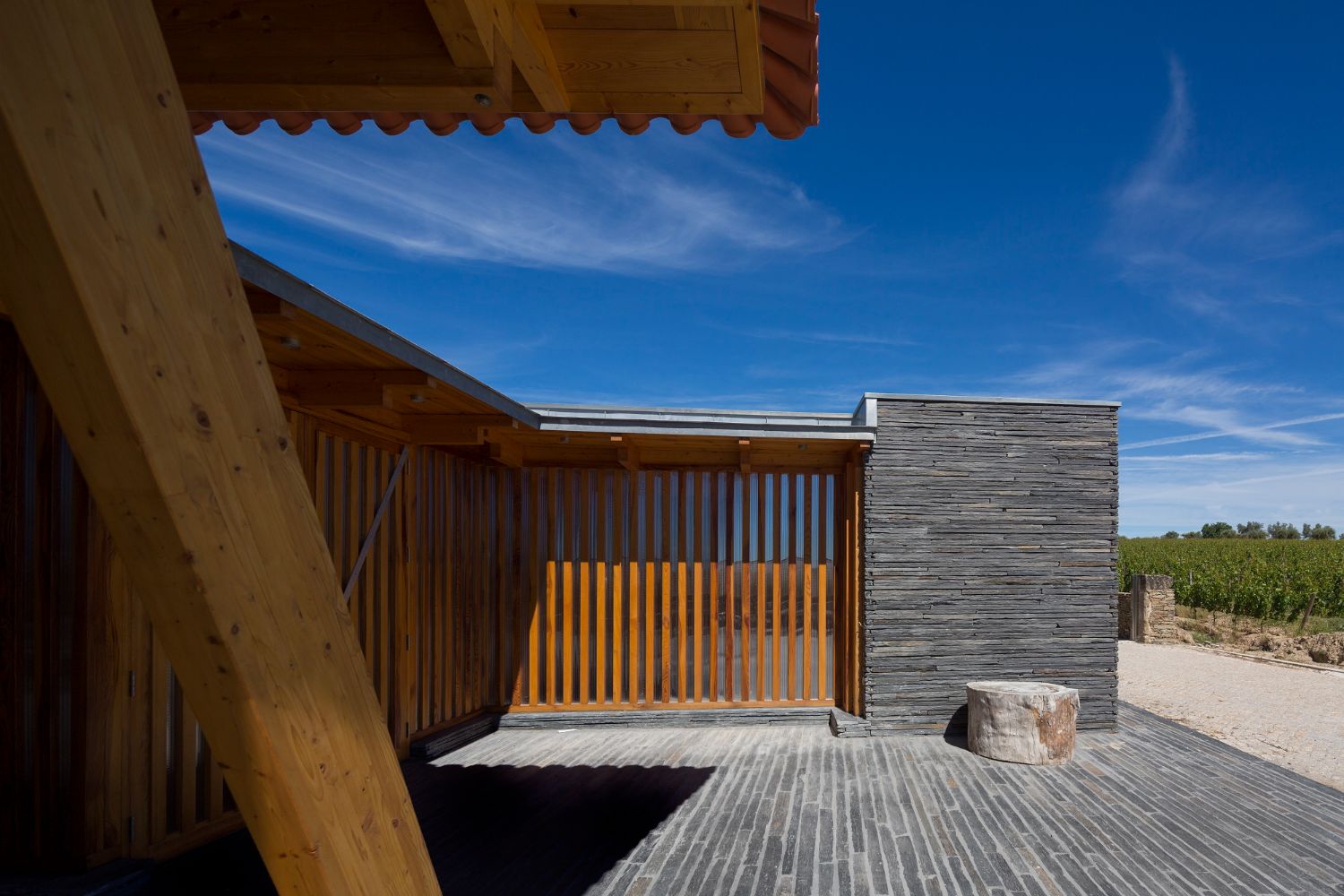 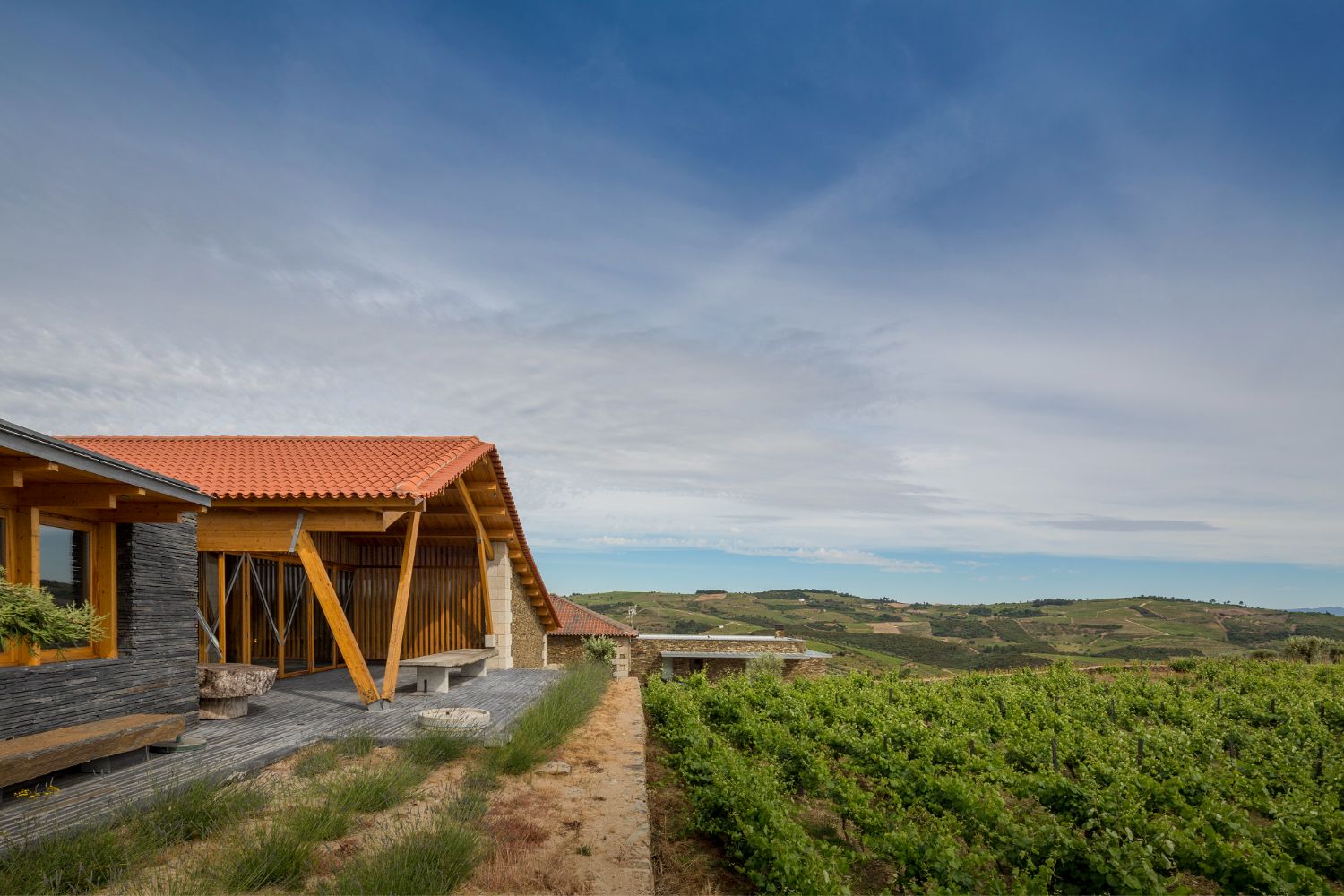 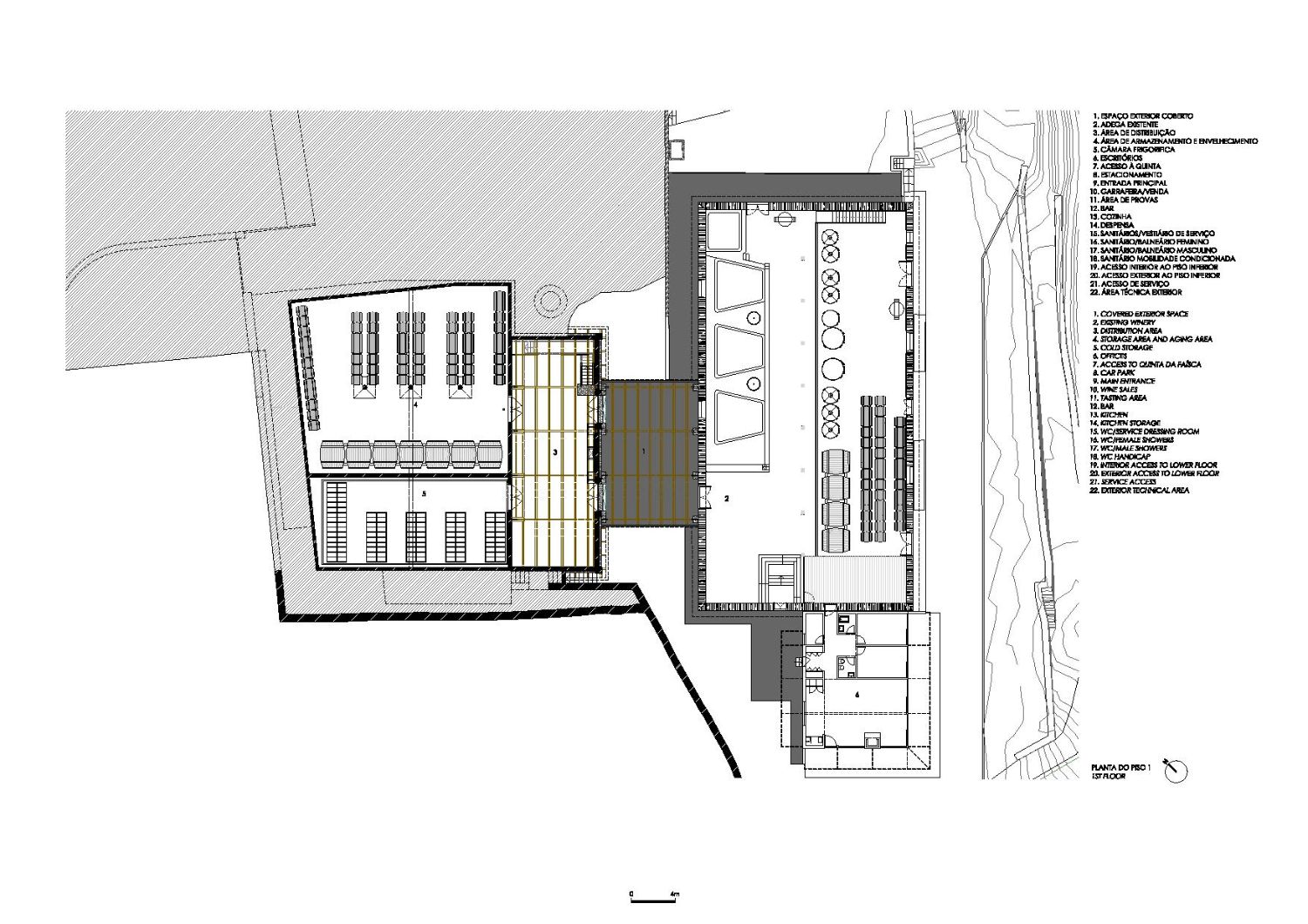 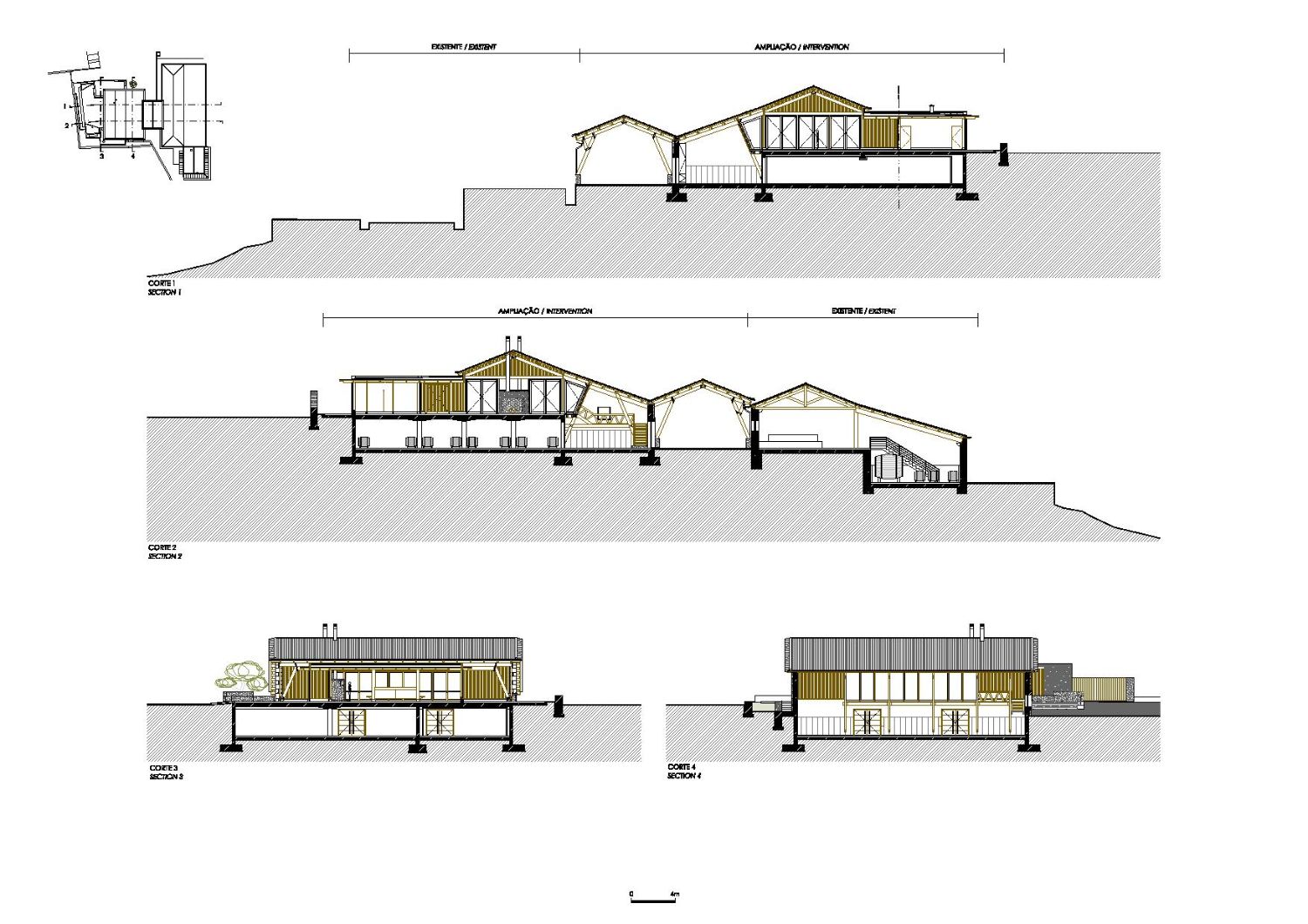 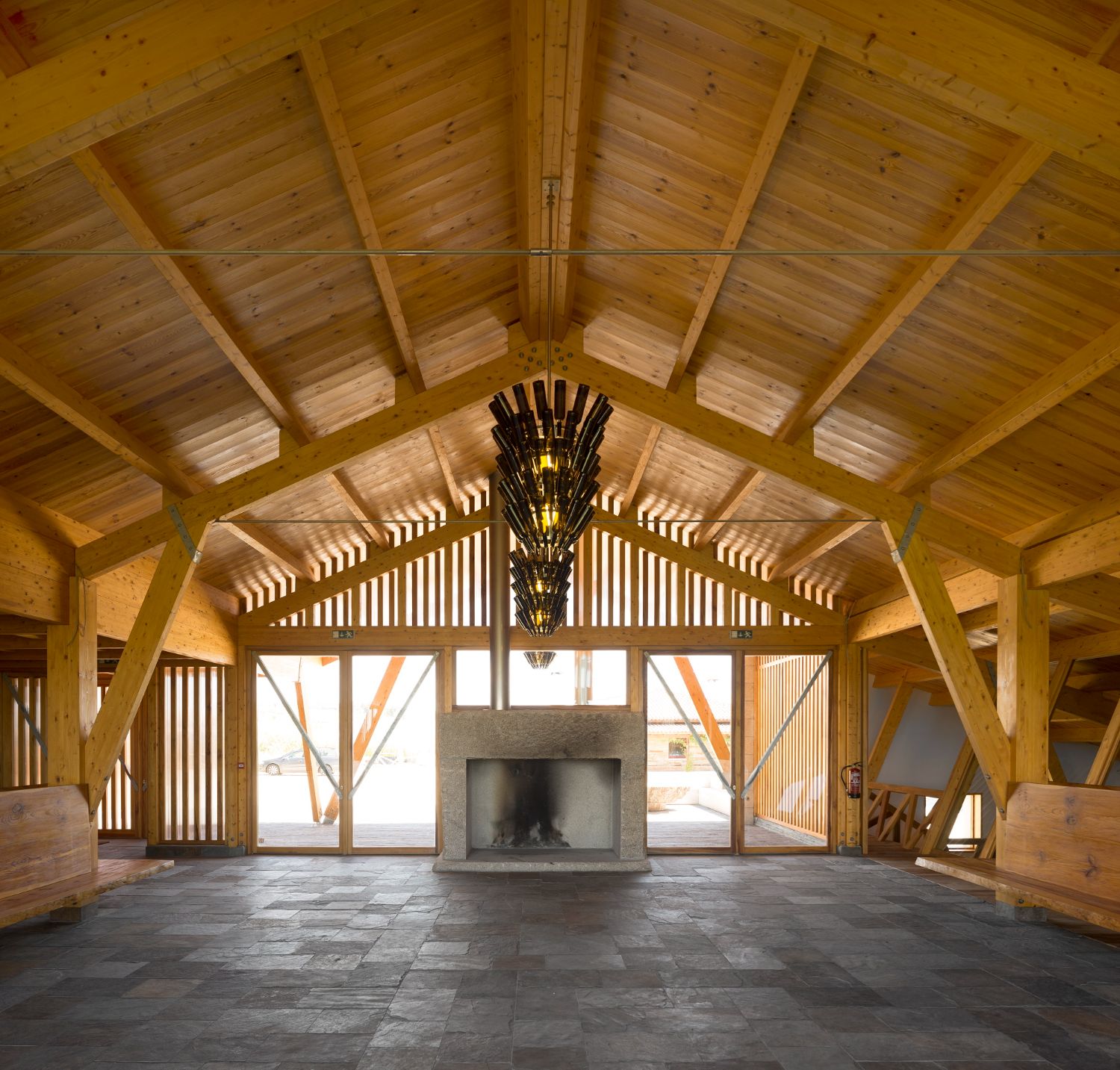 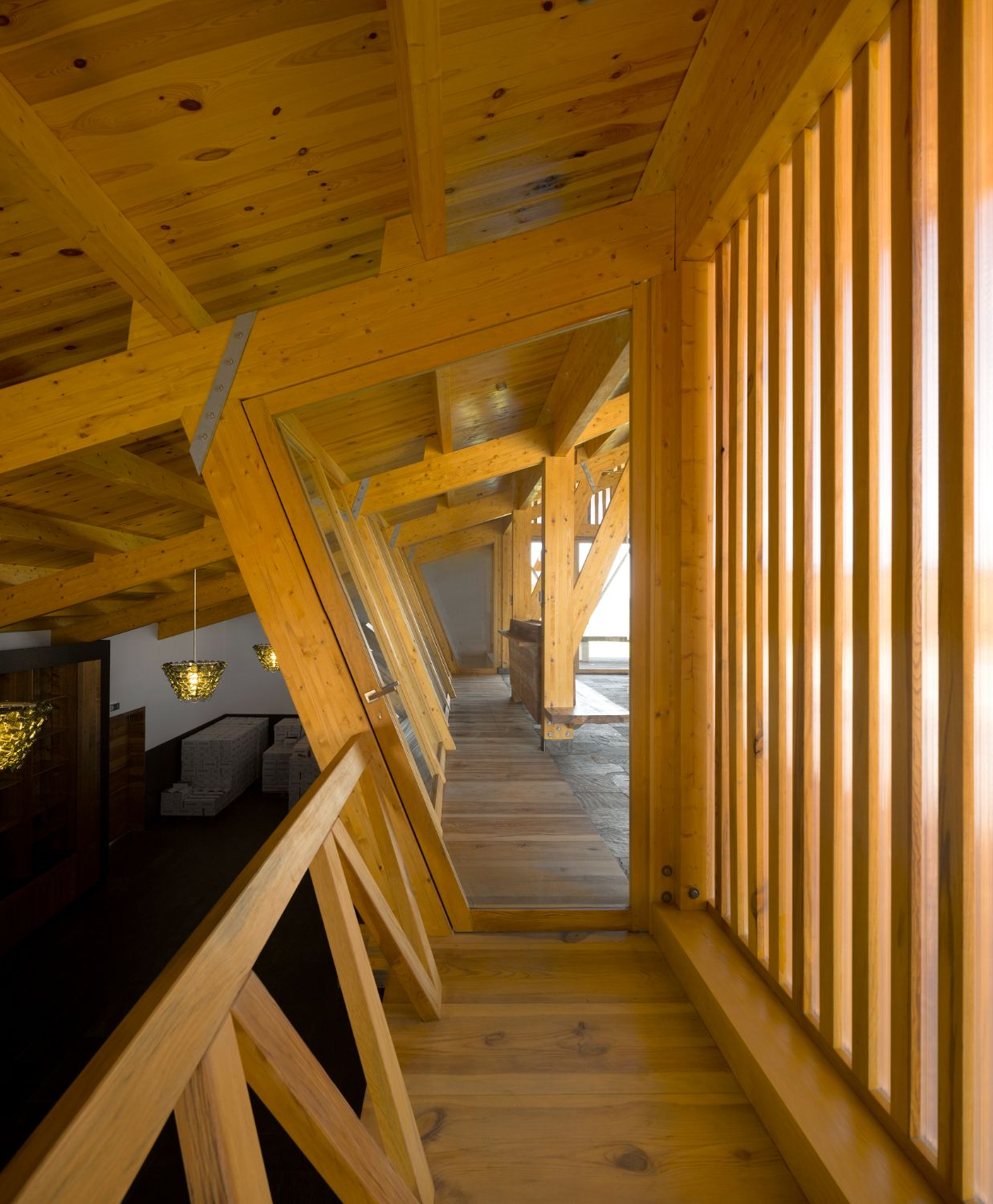 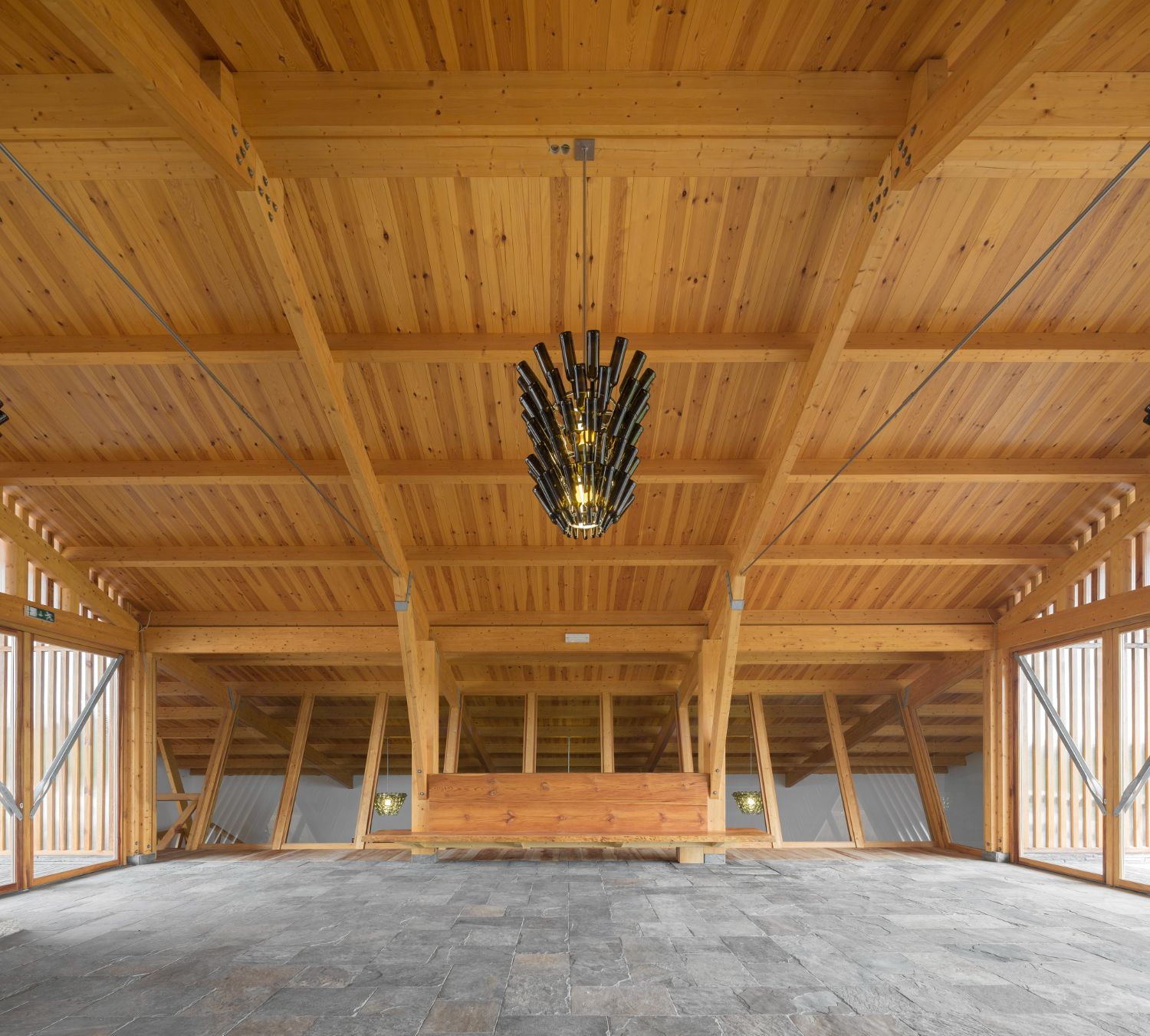 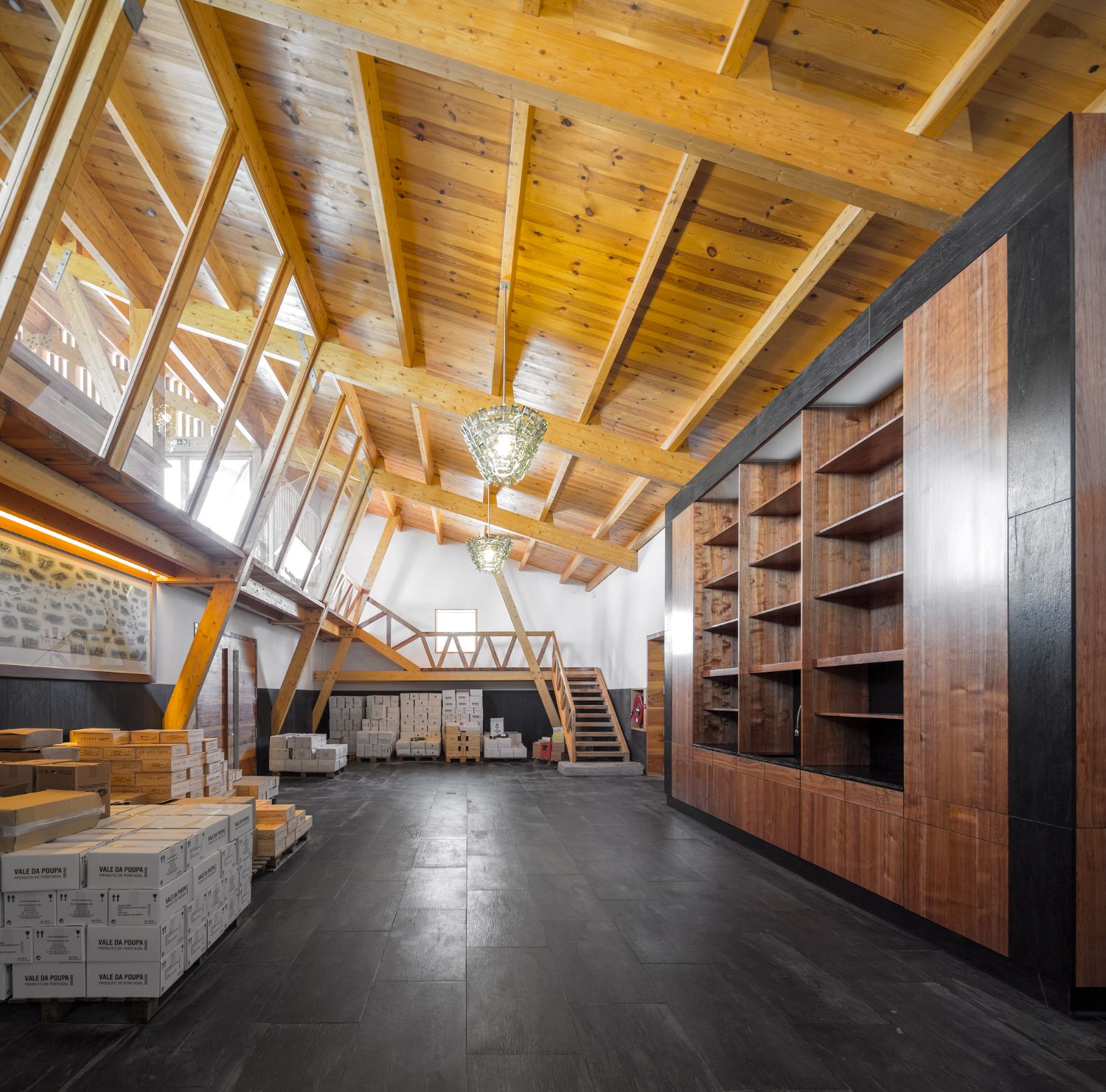 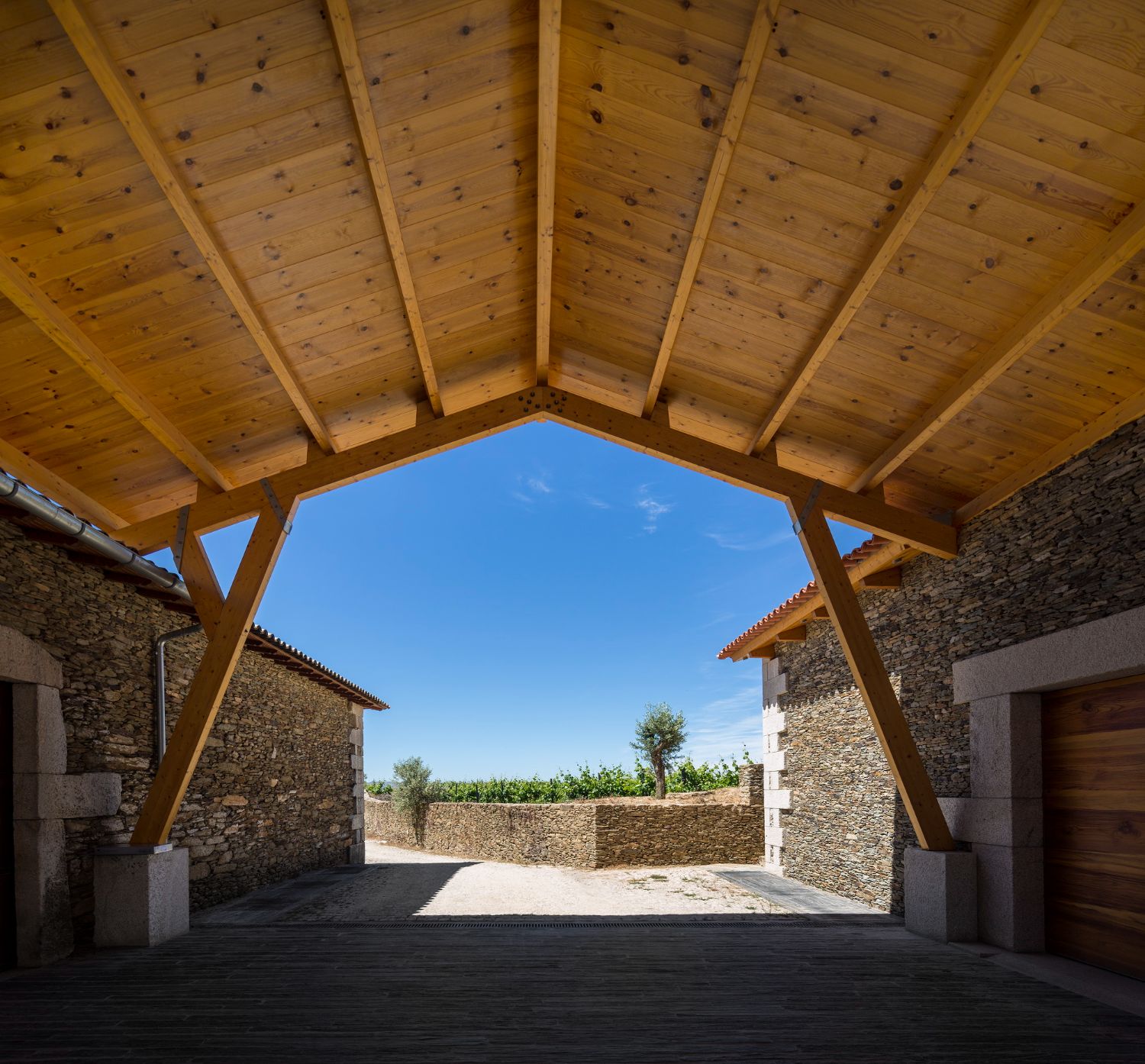 Architecture, or the act of thinking about architecture is a solitary activity, but it requires conviviality, information and the specific knowledge about both the functions and the future users of the buildings to be designed. And it requires Time. This is tangible information that’s absorbing, transformative and therefore creative.

This commission follows on from another for a winery we designed and built in Louro, Minho. The clients are the same, the objective is to produce wine, but everything is so different. The specifics are different, as are the means. But the objective is the same: the creation of great wines, nectar for men who seek to become gods.

As in the Quinta da Casa da Torre, in the Quinta da Faísca there was also the presence of history, tradition and good wine. But it is necessary to improve and enlarge the facilities in order to produce nectar which is desirable and appreciated. And there is the tourism, which the Wine generates and the Douro Region is a recipient of.

The existing Winery, which had recently been renovated and adapted to new technologies and standards, proved to be too small for the development of commercial activity, and in particular, too small to host the curious and keen tourists in the area. The extension of the Winery is more than the enlargement of a space where wine is created, stored and matured.

At the outset I had it in mind to contrast the existing buildings with a new form built out of new materials. An approach that quickly seemed to me too easy and to be a way of avoiding confrontation with the existing context and with History. Certainly, the rupture of form and materiality is very common in contemporary architecture, but I considered that this should not be the route to take.

Olive trees and slate walls were moved, the fall from the main entrance down to the upper level entrance to the winery building was made use of. Paths and access points were re-considered.

The new volume of the Adega da Quinta da Faísca is composed of three different parts:

The flat roof is clad in slabs of black slate, where all the staff facilities, bathrooms, stores and kitchen are concentrated. The volume is covered by the large roof, (which is very similar to the existing), where, on the first floor level there is a big hall to host guest receptions. There are two terraces, one to the North, to receive visitors, one to the South to enjoy the landscape and the succession of mountains and valleys that takes us all the way to the Douro which shaped them and still does. Below this hall, two rooms in the basement will accommodate the treatment and resting of the wine. At the lower level and attached directly to the existing winery, a space for temporary storage and distribution will be created. The third volume is simply a covered space that shelters the exterior route between the existing winery and the new areas. It is an open volume, by virtue of its constructive and functional lightness.

It is intended that the winery should work and produce excellent wines, and that the visitors passing through the spaces can get an understanding of its workings and that they will allow their senses to be heightened, from taste to touch, from vision to smell.

The timber for the structures, the slate for the walls or the granite for the edging are not mimetic or pastiche, but rather the interpretation of the continuity of what we have and know how to do in our (Portuguese) construction, in particular in the Douro Region.

Link to the project on the architect / engineer website: https://www.carloscastanheira.pt/project/quinta-da-faisca-winery/