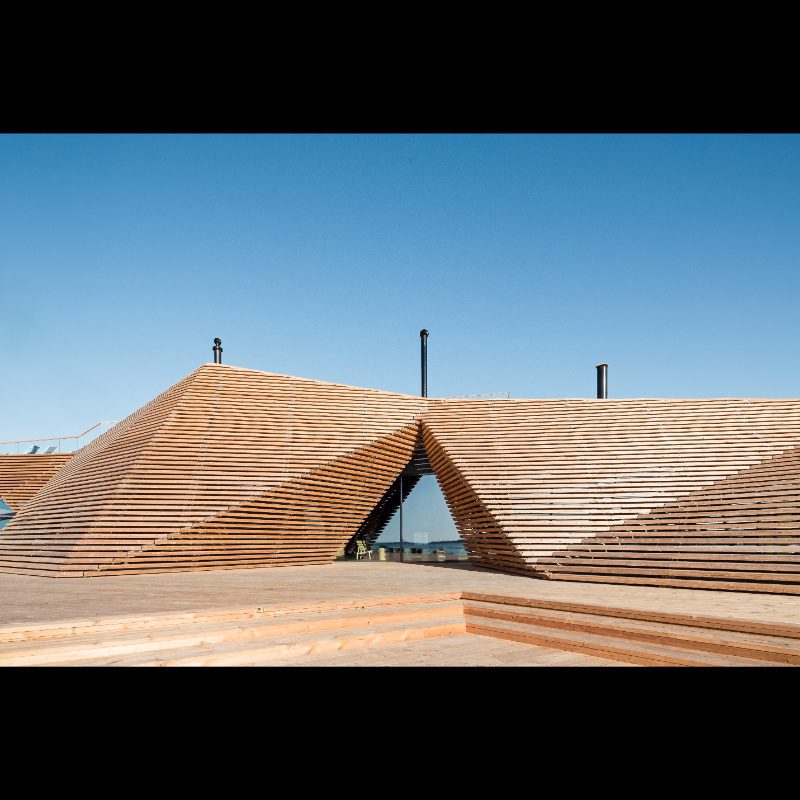 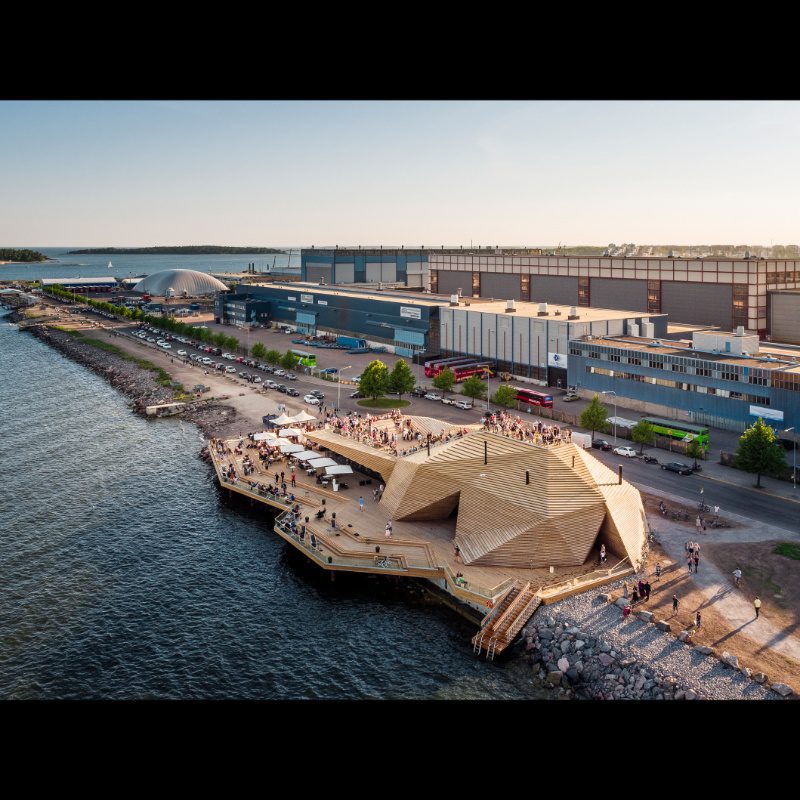 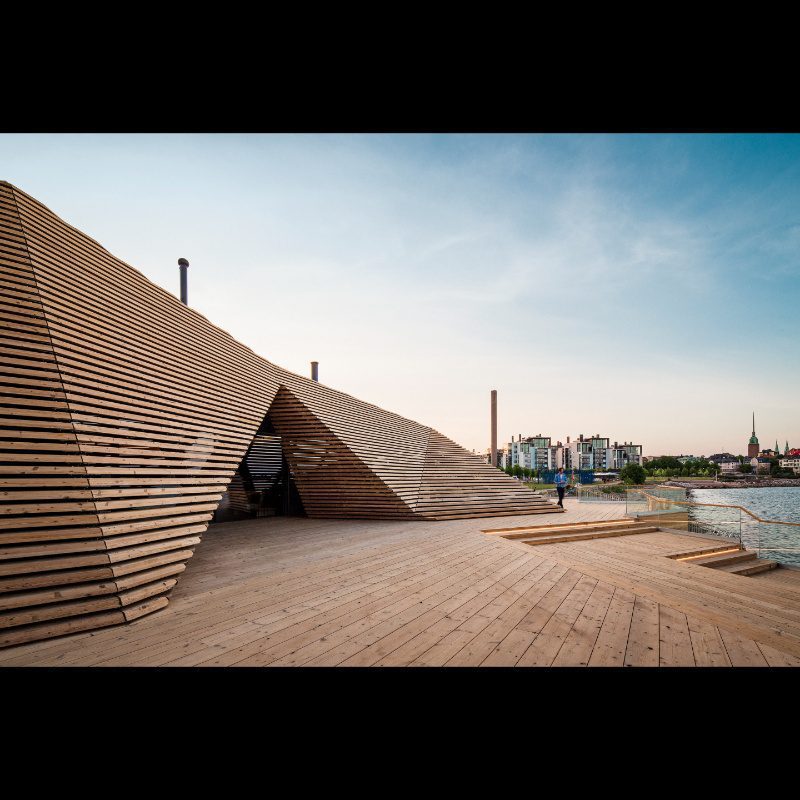 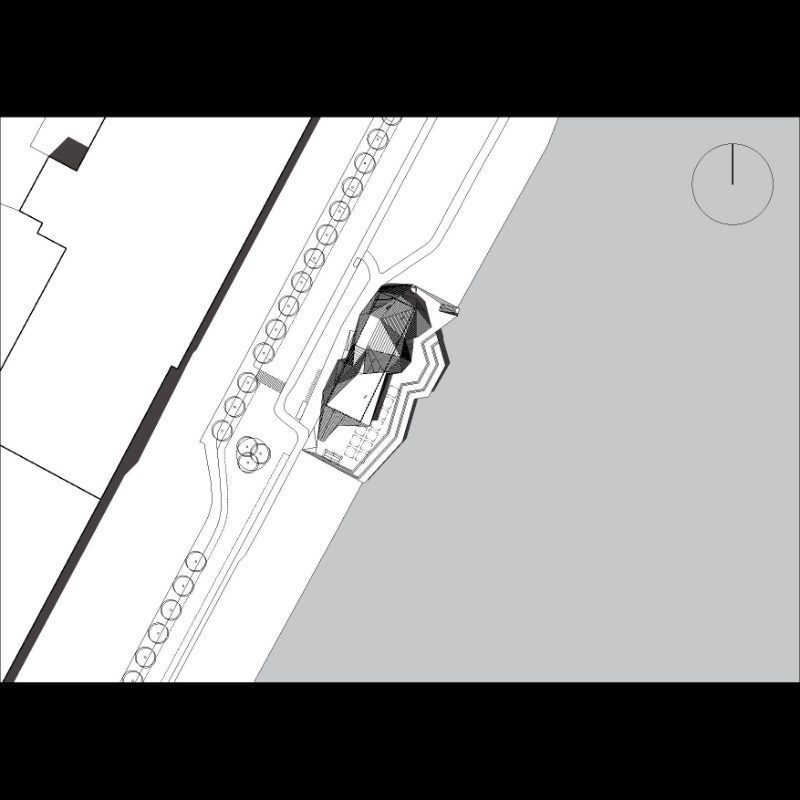 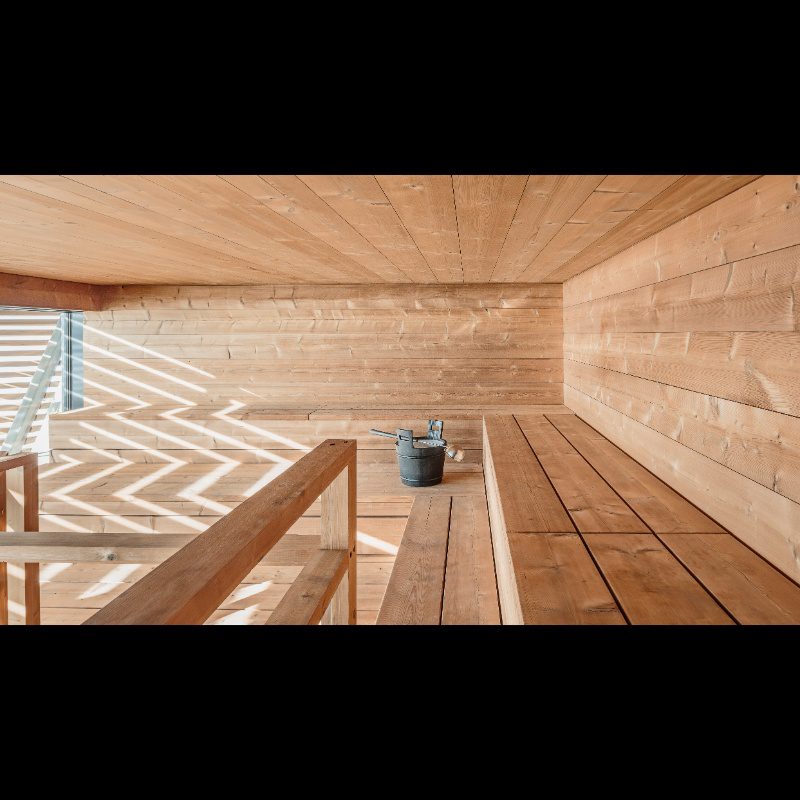 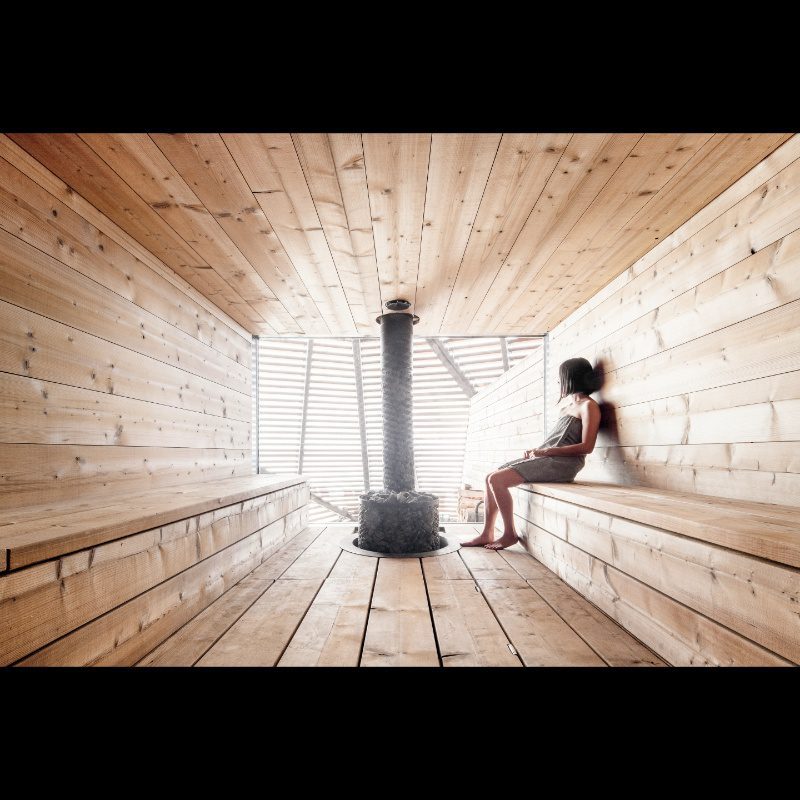 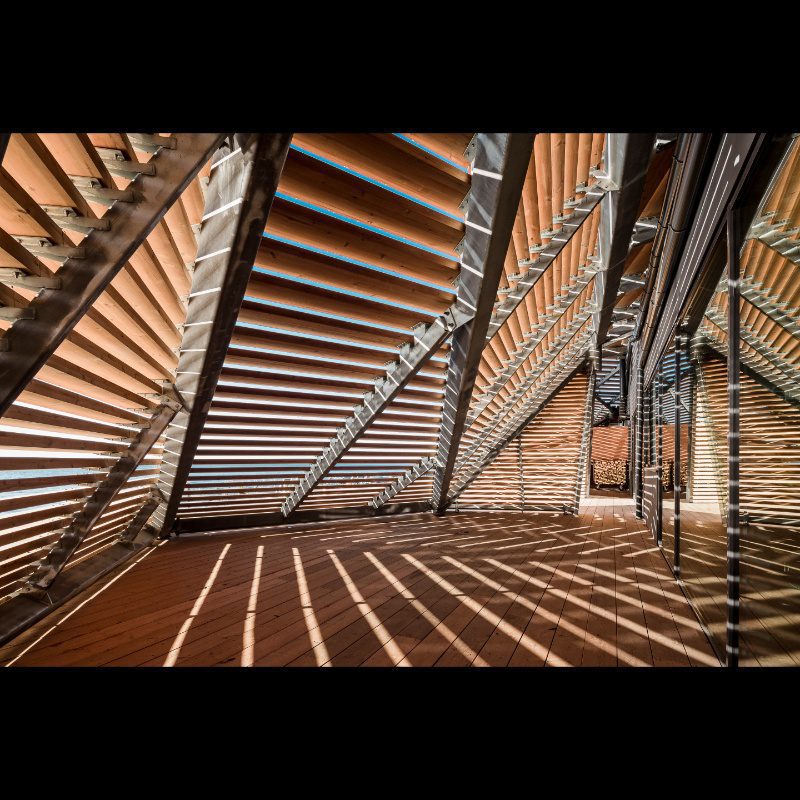 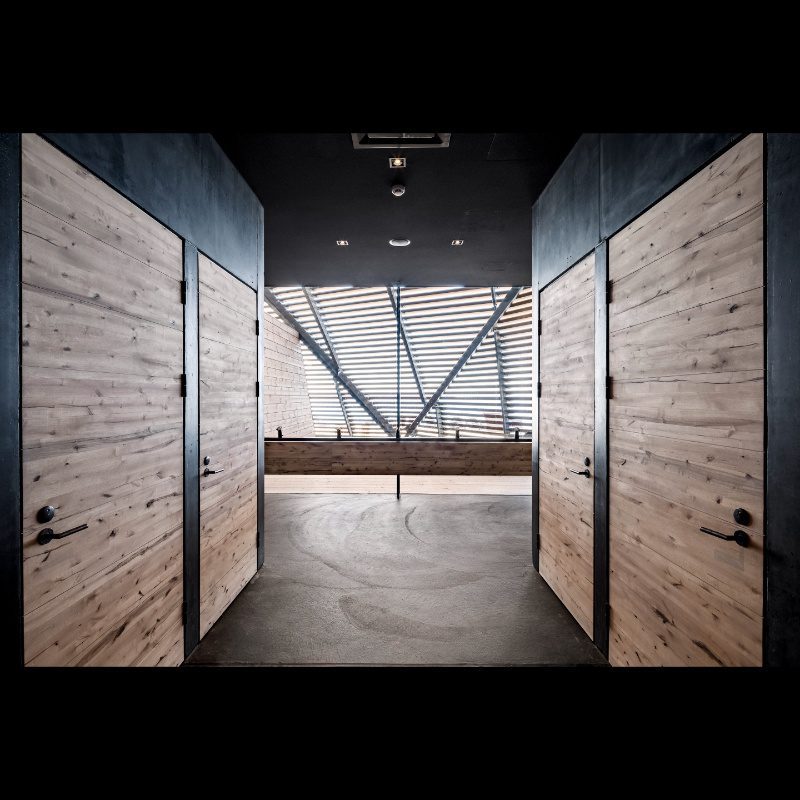 Sauna bathing is an essential part of Finnish culture and national identity. There are only 5,4 million Finns but 3,3 million saunas. Public saunas used to be common in bigger cities but now that most new apartments have saunas of their own, public saunas have decreased dramatically in number. There are only a couple remaining. As a sense of community is becoming a more and more important part of new urban culture, many new public saunas are being planned. With Löyly (meaning the steam that comes when you throw water on hot stones in a sauna) Helsinki will offer foreign visitors a public sauna experience all year round – a must when visiting Finland.

The project started from the city of Helsinki initiative. Hernesaari is a former industrial area on the Helsinki seashore that is being developed into a residential area. New uses are being developed for the area, while waiting for future changes to come. There is a cruise ship harbor in Hernesaari and the city wanted to activate the area with new functions and to serve visitors with new attractions. We started the project in 2011 designing a temporary sauna village at the furthermost end of the peninsula. The concept didn’t prove financially sustainable so the first client quit the project. We developed a floating sauna with the second client but the concept proved impossible as the site faces the open sea and a floating structure couldn’t withstand high waves and pressure from ice packs. The coastline will change with future development, but the city chose an area where the shoreline will remain as it is currently. We developed a new free form concept with triangular faces. The client changed once again and as actor Jasper Pääkkönen and Member of Parliament Antero Vartia finally got funding, the construction works could begin.

The site is unique. Being less than two kilometers away from the city centre, it is very central but at the same time the landscape is like in the outer archipelago. The plot is situated in a future coastal park that will be part of a broader “Helsinki park” connecting the capital city to the sea. The building was designed to be slim and elongated so as not to cut the narrow park strip. The volume is kept as low as possible so that it doesn’t block views from the future residential blocks. Instead of building a conventional building, the sauna is developed into an easy-going, faceted construction that is more part of the park than a conventional building. When the wooden building turns gray, it will become more like a rock on the shoreline.

The architectural idea is simple: there is a rectangular black box containing the warm spaces that is covered with a free form wooden “cloak”. Instead of being mere decoration, the sculptural structure made of heat treated pine has several functions. It provides people with visual privacy. However, the lamellas don’t limit the sea view from inside it, rather they function like venetian blinds and block the views from outside. There are sheltered outdoor spaces between the warm mass and cloak to cool down in between sauna bathing. The cloak forms intimate terraces between its slopes that serve as a place to sit. The structure protects the building from the harsh coastal climate. It shades the interior spaces with big glass surfaces and helps to reduce the use of energy to cool the building. Moreover, the stepped cloak forms stairs to climb on to the roof and look out terraces on top of the building. The construction forms a big outdoor auditorium for the future marine sports centre’s activities on the sea. There are around 4000 planks that were precisely cut to individual forms by a computer-controlled machine. The big wooden terrace is partly on top of the sea and you can hear the sound of the waves under your feet.

The building consists of two parts: public saunas and a restaurant. The saunas and public spaces open up to the sea, with interesting views to the city center and even to the open sea. The atmosphere is calm and the spaces dimly lit. Different areas are conceived as spaces within a space. Interesting views open between closed spaces as you move from one area to the next. You enter the restaurant that is a light and open space. From there a dimly lit sauna path leads to a bathing area. Shoes are left in a wardrobe before you go to a reception desk where you get a locker key and a towel. Dressing rooms and showers are separate for men and women. A leather curtain covering the door indicates entry into the unisex area, at which point visitors need to wear a bathing suit. Traditionally men and women bath separately and naked. We wanted to develop sauna culture so that there would be a possibility to bathe together with your friends not depending on the gender. This makes the sauna experience available also for foreign visitors that might not be used to bathing naked.

The interior architecture of the restaurant and the sauna lounge is by Joanna Laajisto Creative Studio. The objective of the design was to create an atmospheric restaurant which compliments the strong architecture of the building. The approach could be called soft minimalism. The challenge was to create intimate seating areas in the large hall like space with two walls of windows. People often feel most comfortable sitting their backs against the wall. The solution was to build a raised platform for the bar area which divides the space into two different areas. A wooden half wall anchors the long custom designed sofas which have a great view of the sea.

The main materials used in the interiors are black concrete, light Scandinavian birch wood, blackened steel and wool. All materials are durable and long lasting. The wood used is pressed, glued and slightly heat treated birch, a new sustainable Finnish innovation made of leftover materials of the plywood industry that normally is burned to produce energy. This is how waste is turned into a beautiful recycled material. It´s manufacturing process produces a beautiful cool light color tone and heavy durability.

In addition to the long sofas, Laajisto´s office has used the glued laminated birch on walls, tabletops, the long bar and even in the unisex toilet sink. The upholstered chairs, which add softness to the space, are by Italian manufacturer Torre. All fabrics are soft natural wool by Kvadrat. The bar stools are by Gubi and the wooden chairs in the sauna lounge are by Finnish Nikari.

The String lights designed by Micheal Anastassiades for Floss create a subtle rhythm to the space without blocking the views of the Baltic Sea.

There are three different saunas that are all heated with wood: a continuously heated sauna, a once heated sauna (that is heated in the morning before the sauna is open and stays warm all evening) and a traditional smoke sauna – a true rarity in an urban sauna. This is how you can experience all sorts of Finnish Löyly during a single visit. Between the saunas there is a spa area with cold water basin and a fireplace room to relax in, between or after sauna bathing. You can swim in the sea and in the winter there is an “avanto”, the whole in the ice for winter swimming – a popular hobby in Finland and our office name as well.

The building is heated with district heating and electricity is produced with water and wind power. The building is the first FSC-certified building in Finland and second in Scandinavia. Forest Stewardship Council’s certificate proves that wood material comes from responsibly managed forests. The restaurant serves organic food and sustainably caught fish.

Link to the project on the architect / engineer website: https://avan.to/works/loyly/