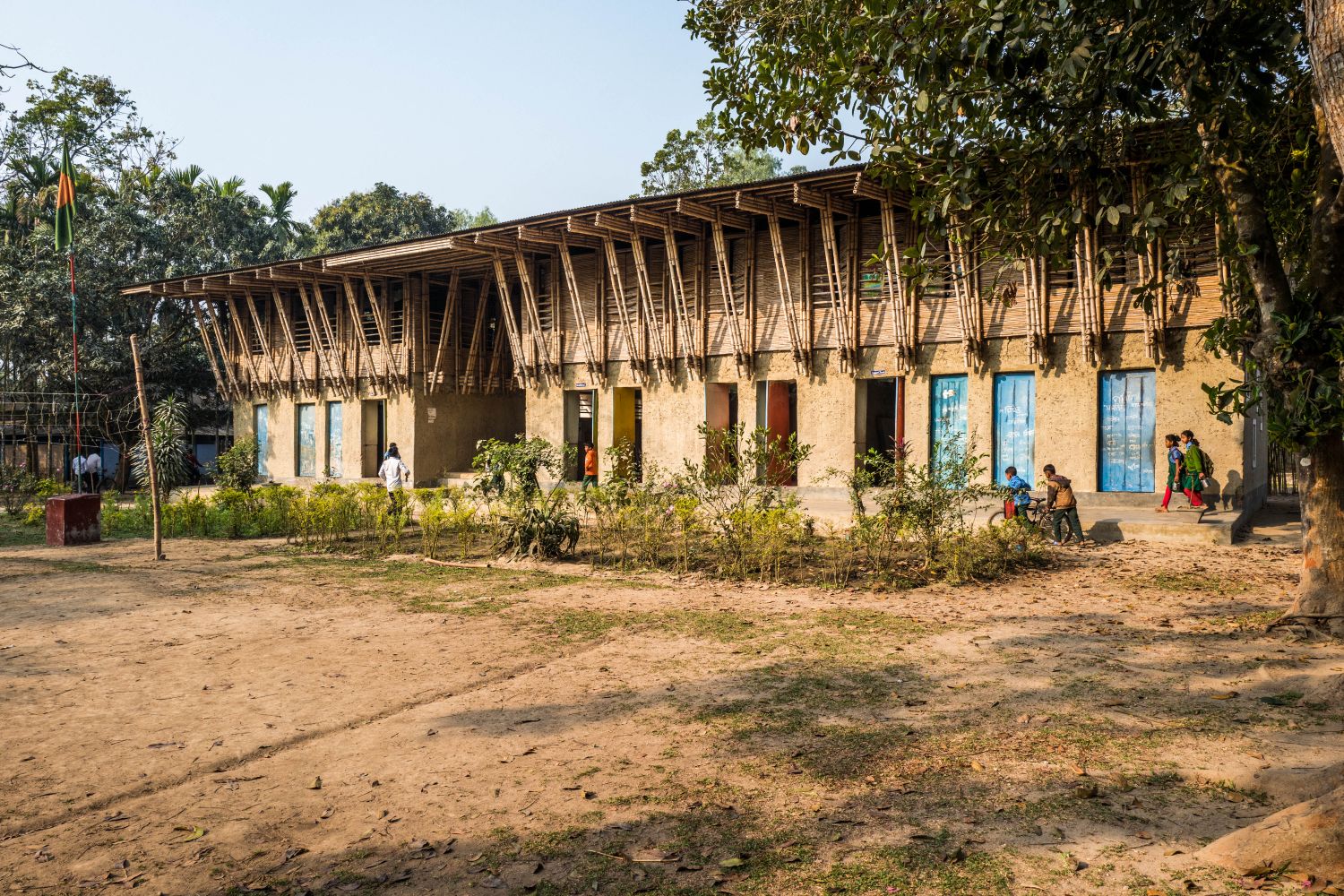 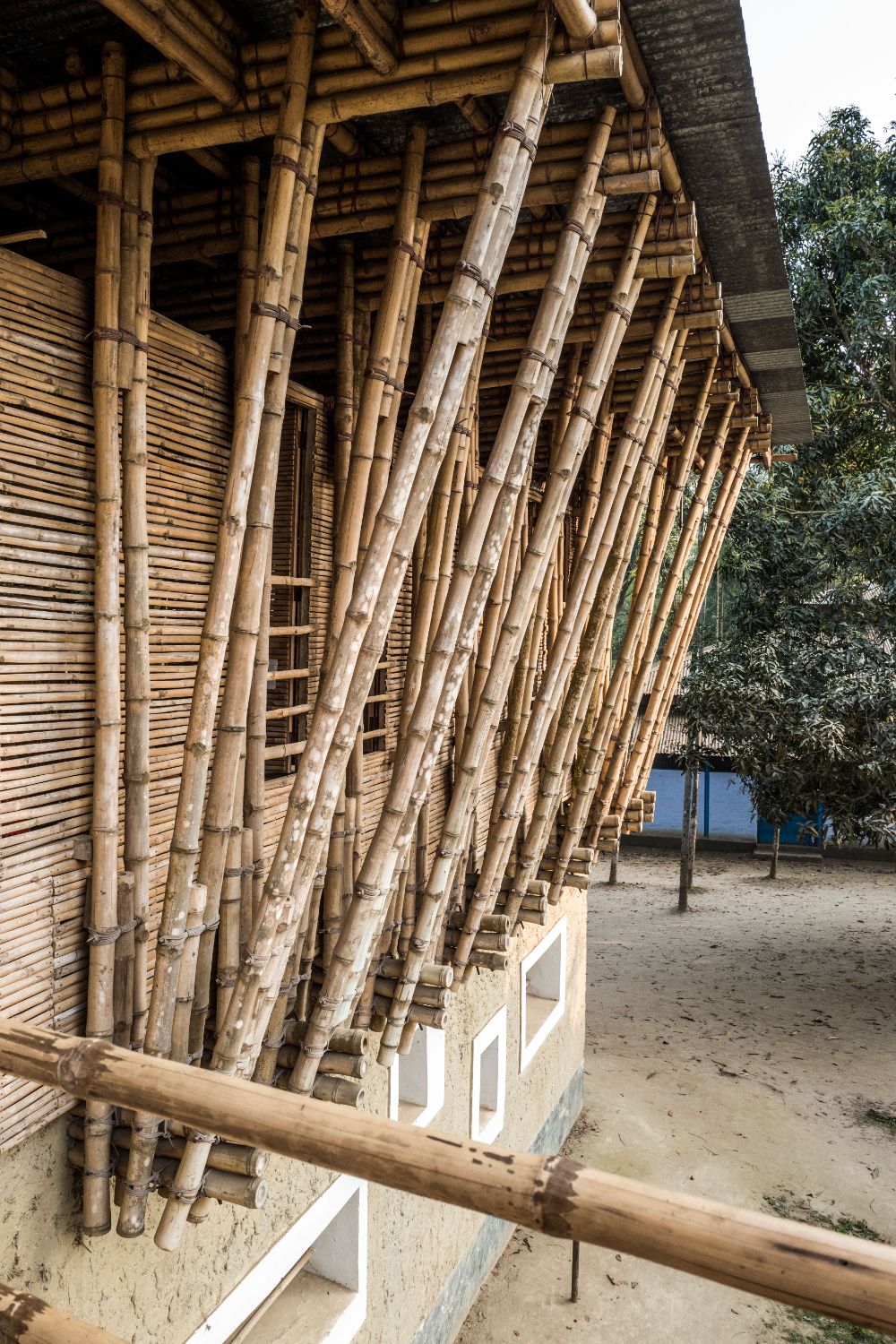 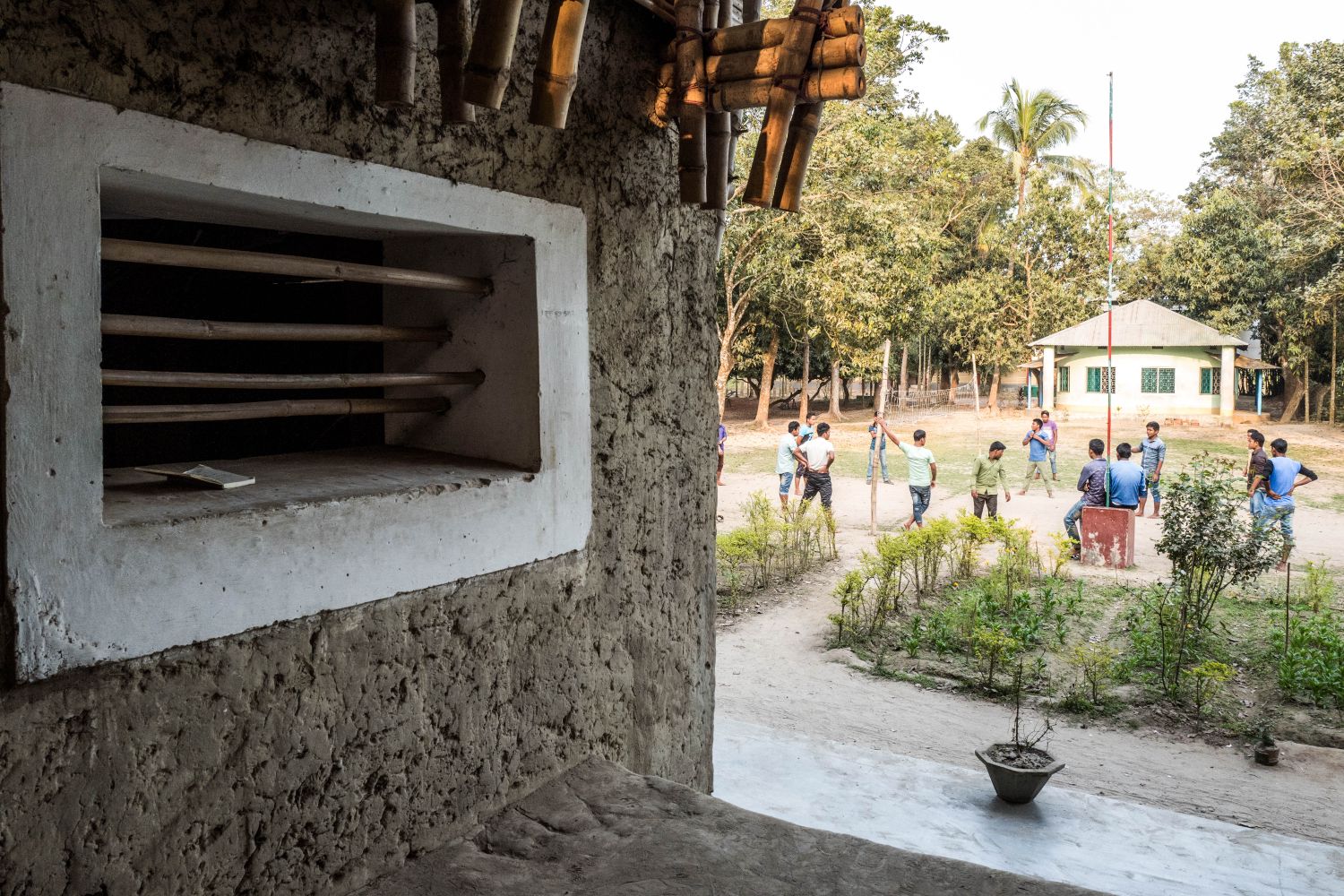 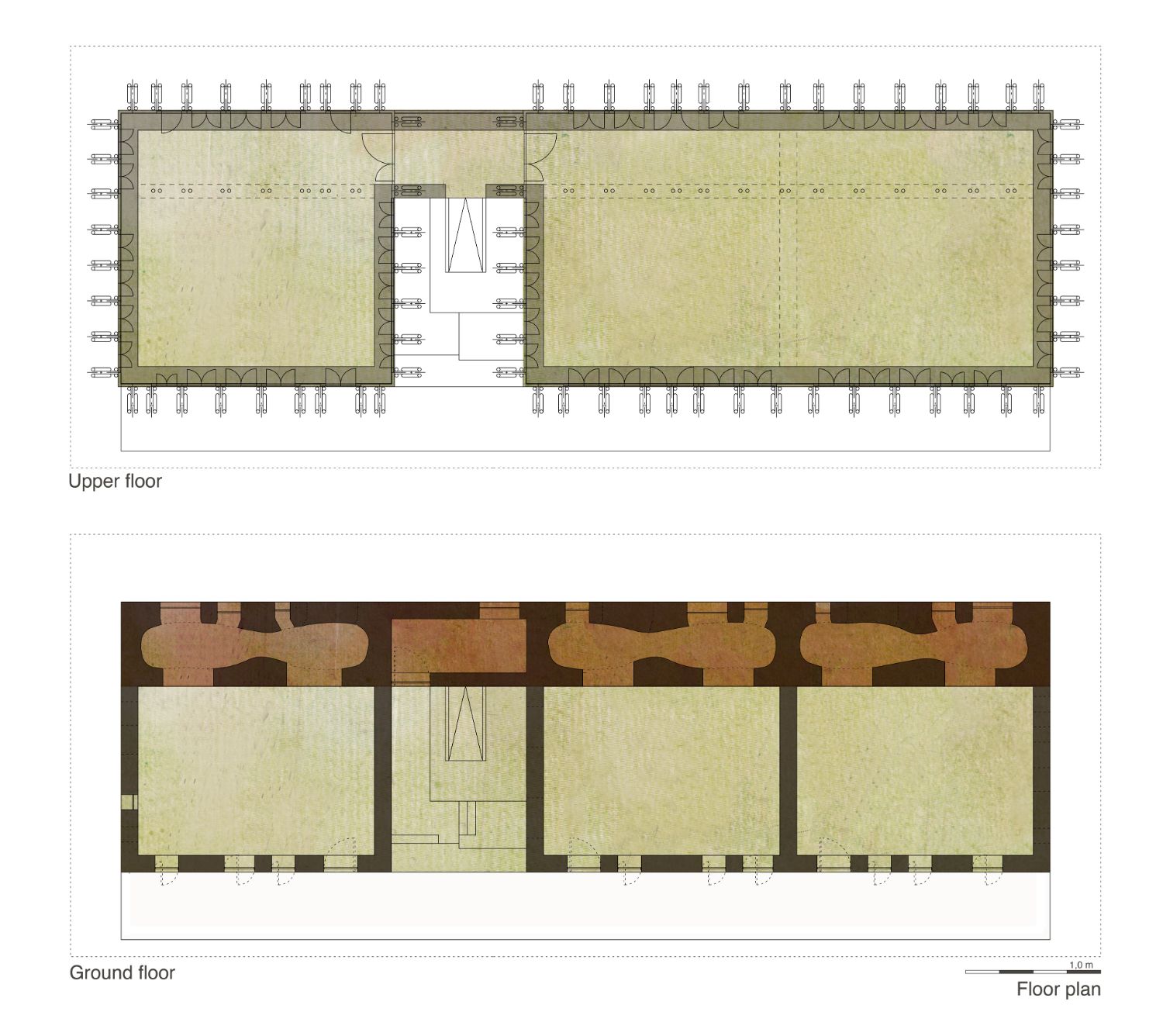 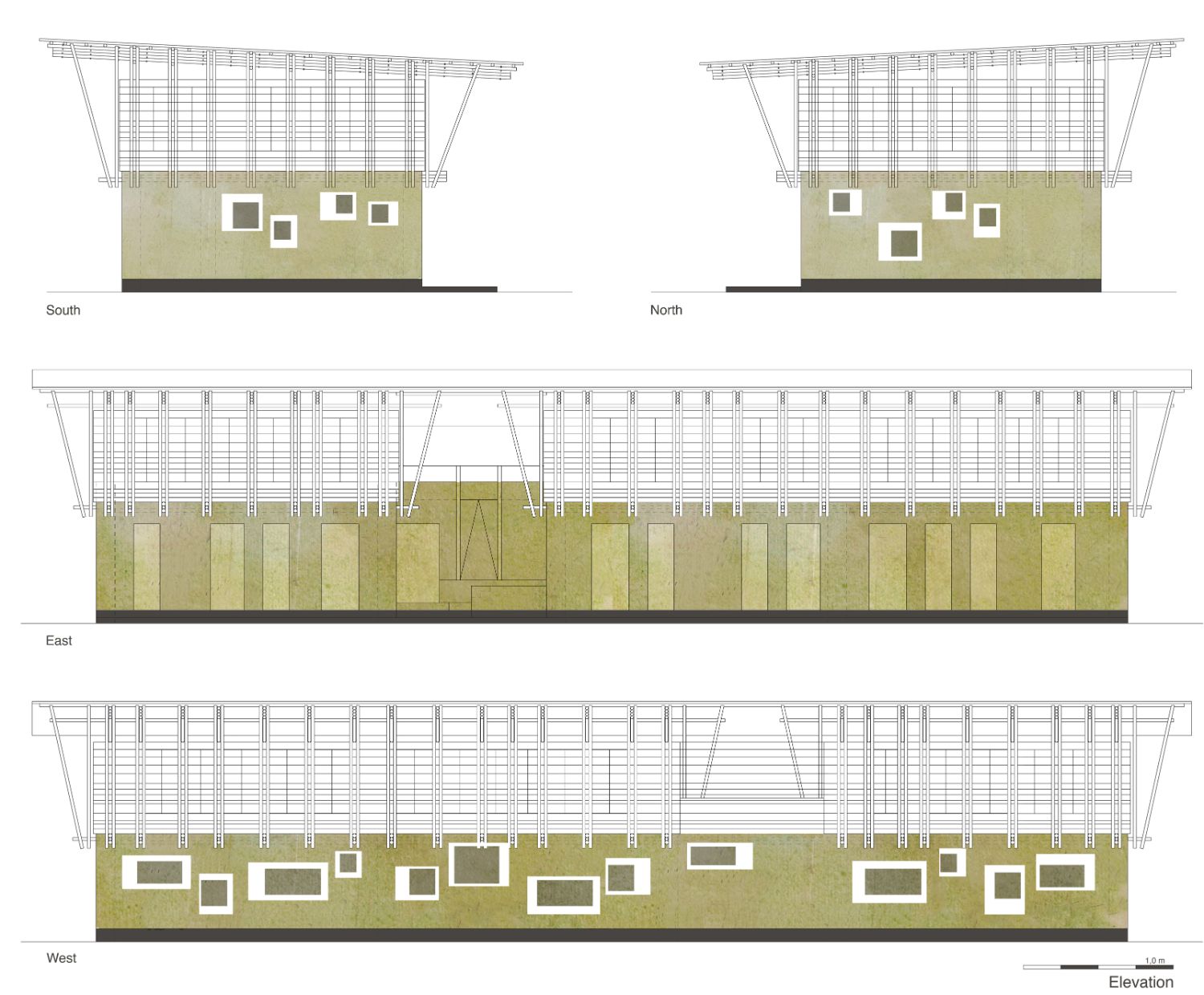 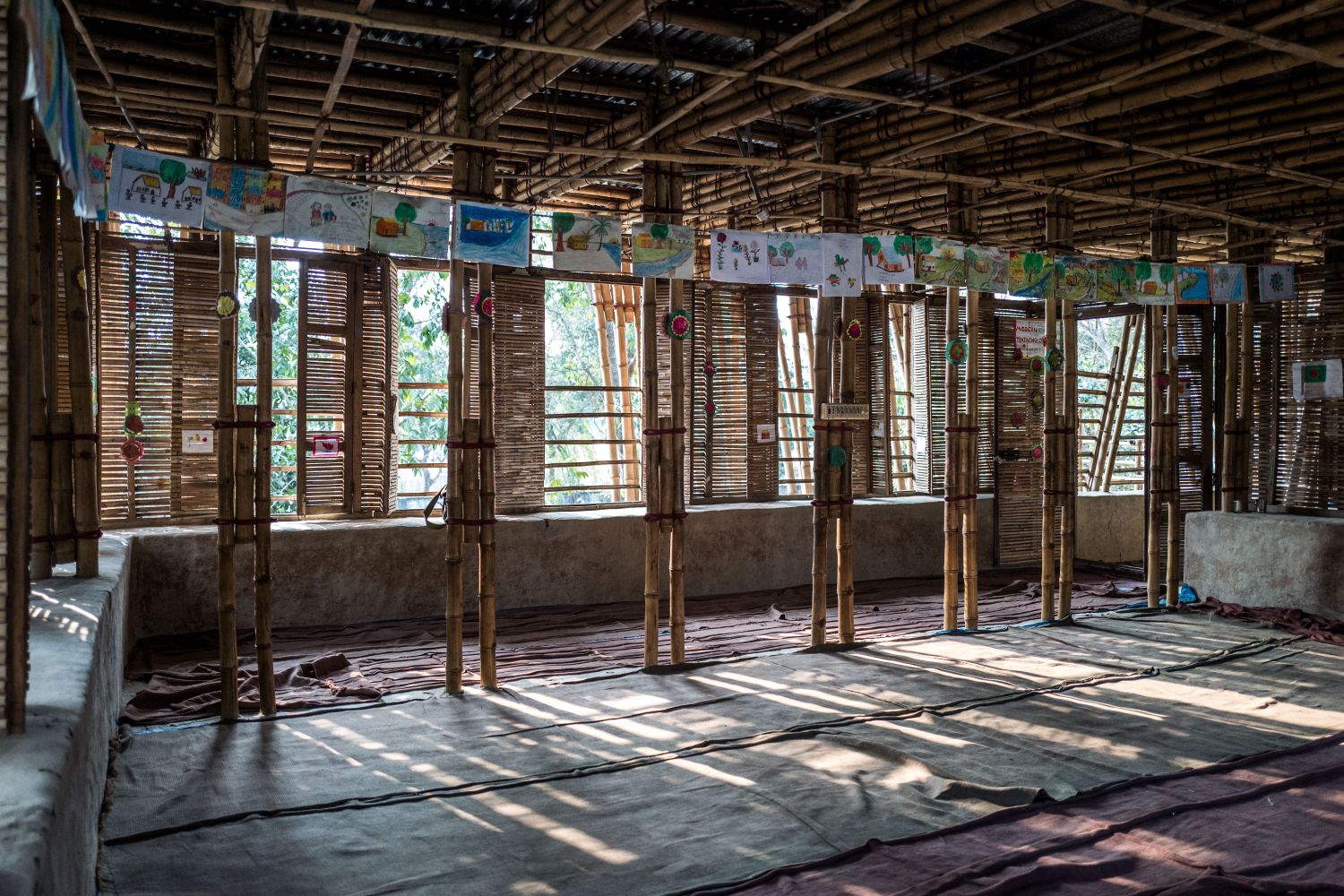 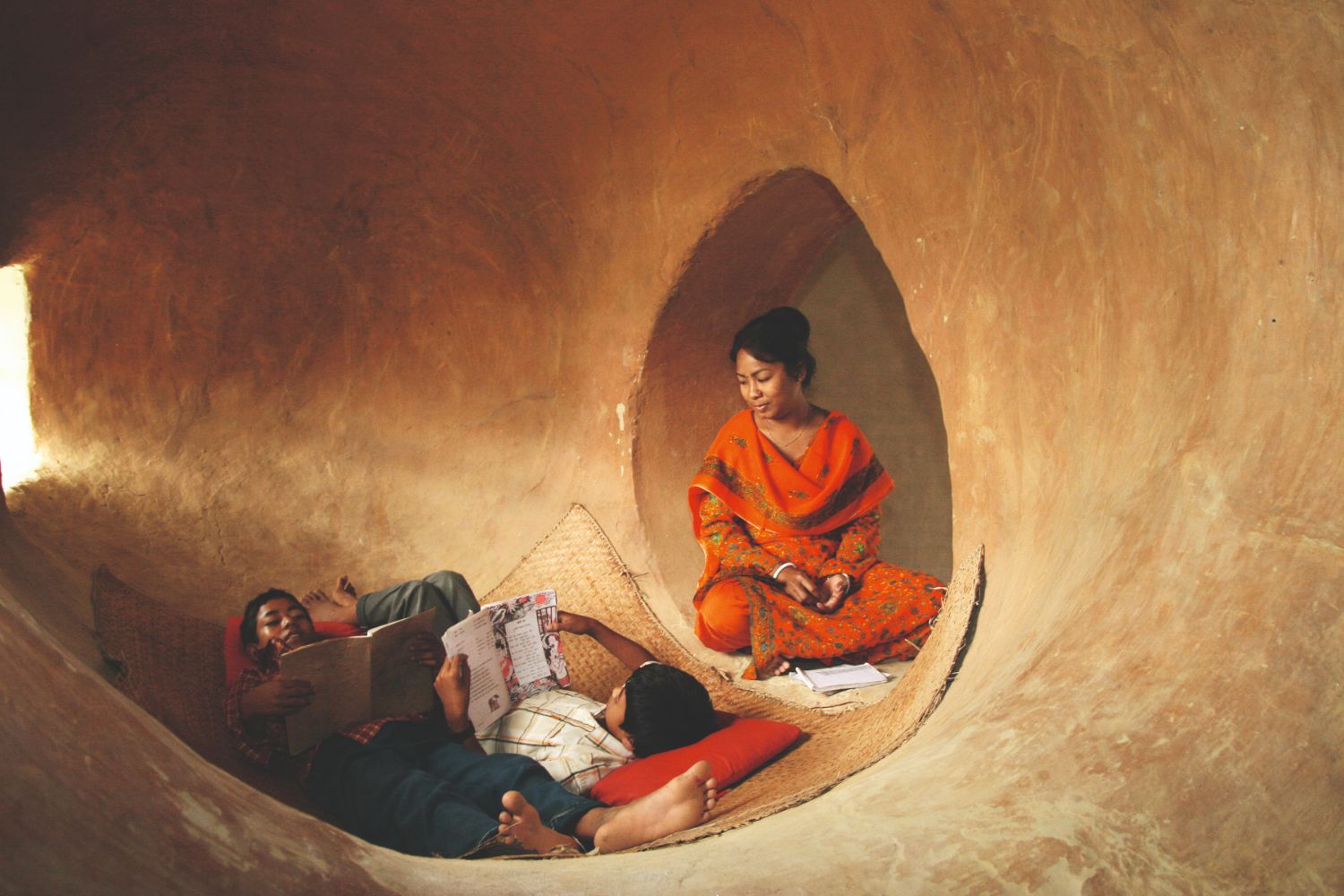 Bangladesh is a fertile alluvial land in the Gulf of Bengal and the land with the highest population density in the world. On average nearly 1000 people live in every square kilometre and over 80% of the population live in rural areas. Much of the vernacular built tradition uses earth and bamboo as a building material, however, construction techniques are error-prone and many buildings lack foundations and damp proof coursing. Such buildings require regular maintenance, are often prone to damage and last on average only 10 years.

It is particularly important to improve the quality of living in the rural areas in order to counteract the continuing population migration to the cities. The primary potential for developing buildings in the rural areas is the low cost of labour and locally available resources such as earth and bamboo. The project’s main strategy is to communicate and develop knowledge and skills within the local population so that they can make the best possible use of their available resources. Historic building techniques are developed and improved and the skills passed on to local tradesmen transforming in the process the image of the building techniques.

METI aims to promote individual abilities and interests taking into account the different learning speeds of the schoolchildren and trainees in a free and open form of learning. It offers an alternative to the typical frontal approach to lessons. The architecture of the new school reflects this principle and provides different kinds of spaces and uses to support this approach to teaching and learning.

On the ground floor with its thick earth walls, three classrooms are located each with their own access opening to an organically shaped system of ‘caves’ to the rear of the classroom. The soft interiors of these spaces are for touching, for nestling up against, for retreating into for exploration or concentration, on one’s own or in a group. The upper floor is by contrast light and open, the openings in its bamboo walls offering sweeping views across the surroundings, its large interior providing space for movement. The view expands across the treetops and the village pond. Light and shadows from the bamboo strips play across the earth floor and contrast with the colourful materials of the saris on the ceiling.

The building rests on a 50 cm deep brick masonry foundation rendered with a facing cement plaster. Bricks are the most common product of Bangladesh’s building manufacturing industry. Bangladesh has almost no natural reserves of stone and as an alternative the clayey alluvial sand is fired in open circular kilns into bricks. These are used for building or are broken down for use as an aggregate for concrete or as ballast chippings. Imported coal is used to fire the kilns.

Aside from the foundation, the damp proof course was the other most fundamental addition to local earthen building skills. The damp proof course is a double layer of locally available PE-film. The ground floor is realised as load-bearing walls using a technique similar to cob walling. A straw-earth mixture with a low straw content was manufactured with the help of cows and water buffalo and then heaped on top of the foundation wall to a height of 65 cm per layer. Excess material extending beyond the width of the wall is trimmed off using sharp spades after a few days. After a drying period of about a week the next layer of cob can be applied. In the third and fourth layers the door and window lintels and jambs were integrated as well as a ring beam made of thick bamboo canes as a wall plate for the ceiling.

The ceiling of the ground floor is a triple layer of bamboo canes with the central layer arranged perpendicular to the layers above and beneath to provide lateral stabilisation and a connection between the supporting beams. A layer of planking made of split bamboo canes was laid on the central layer and filled with the earthen mixture analogous to the technique often used in the ceilings of European timber-frame constructions.

The upper storey is a frame construction of four-layer bamboo beams and vertical and diagonal members arranged at right angles to the building. The end of the frames at the short ends of the building and the stair also serve to stiffen the building. These are connected via additional structural members with the upper and lower sides of the main beams and equipped with additional wind bracing on the upper surface of the frame. A series of bamboo rafters at half the interval of the frame construction beneath provide support for the corrugated iron roof construction and are covered with timber panelling and adjusted in height to provide sufficient run-off.

The building techniques were chosen in order to be able to be replicated by the local people and in order to have a positive effect on the existing, poor housing situations. The school-kids were involved in the building process as well to learn the value of sustainable construction and to reflect on it.

Link to the project on the architect / engineer website: https://www.anna-heringer.com/projects/meti-school-bangladesh/