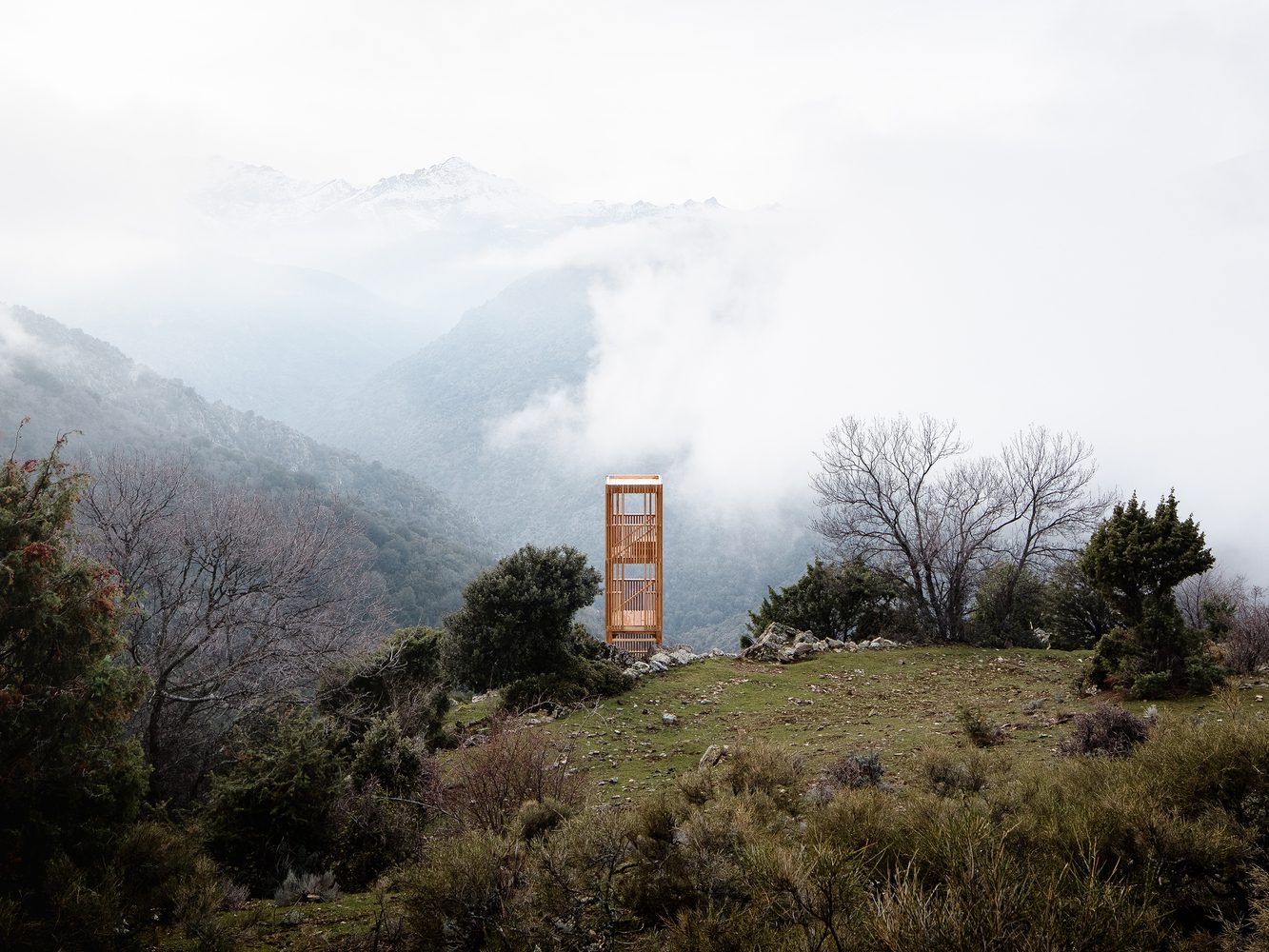 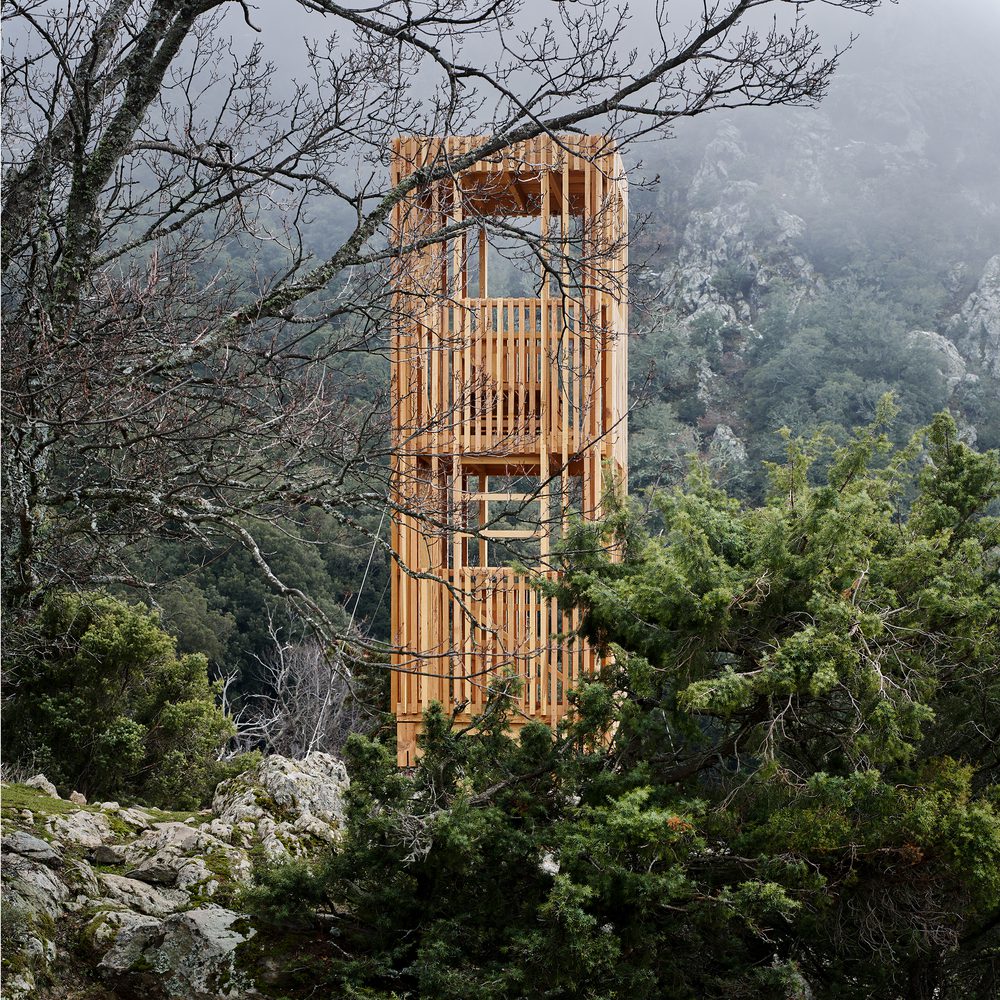 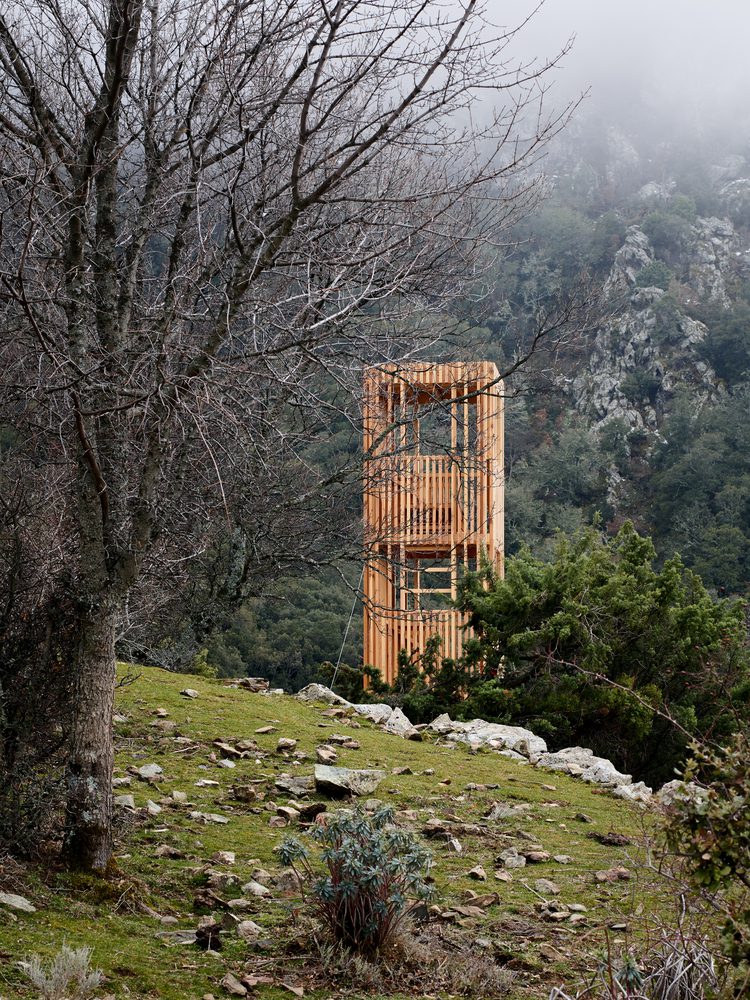 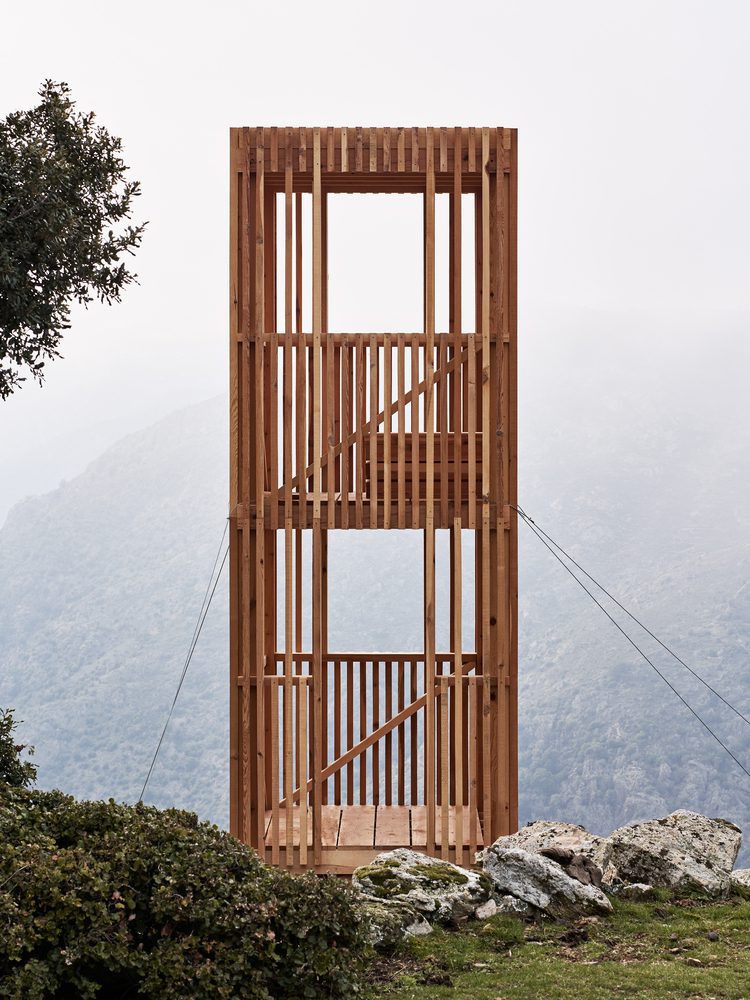 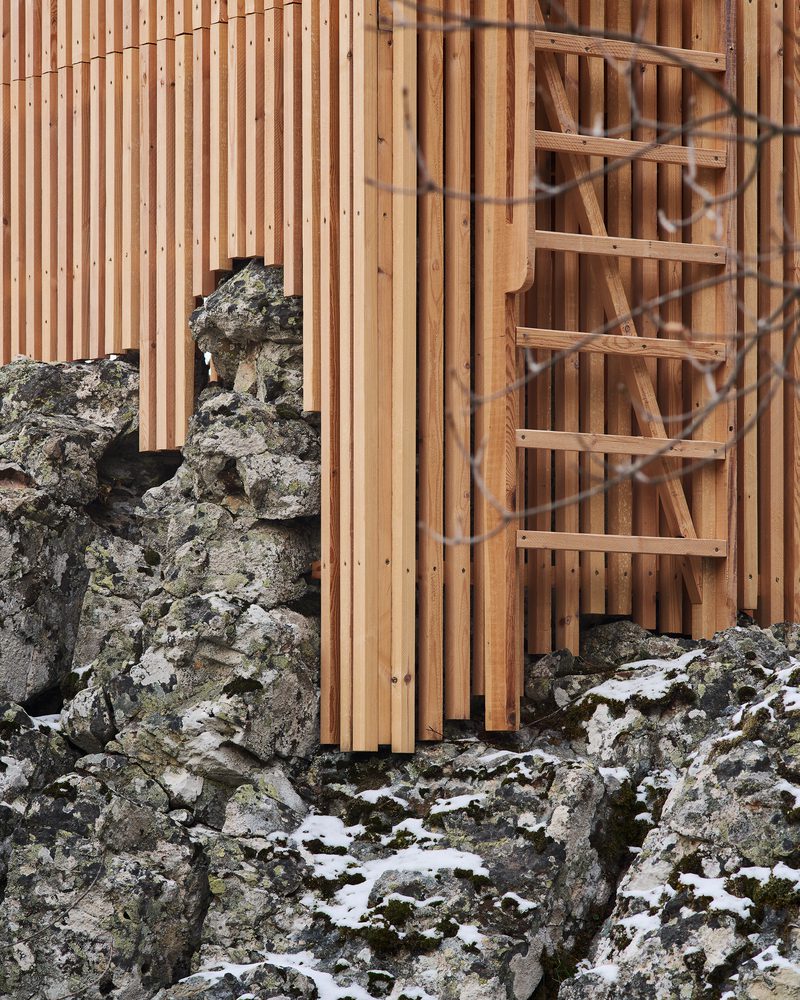 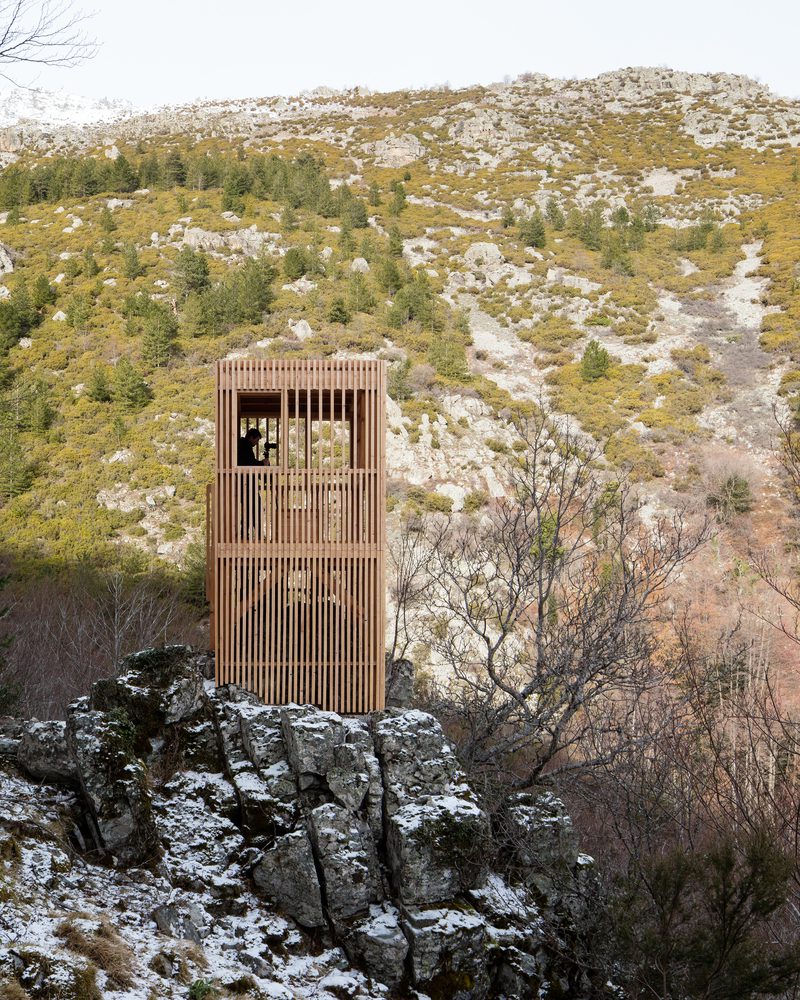 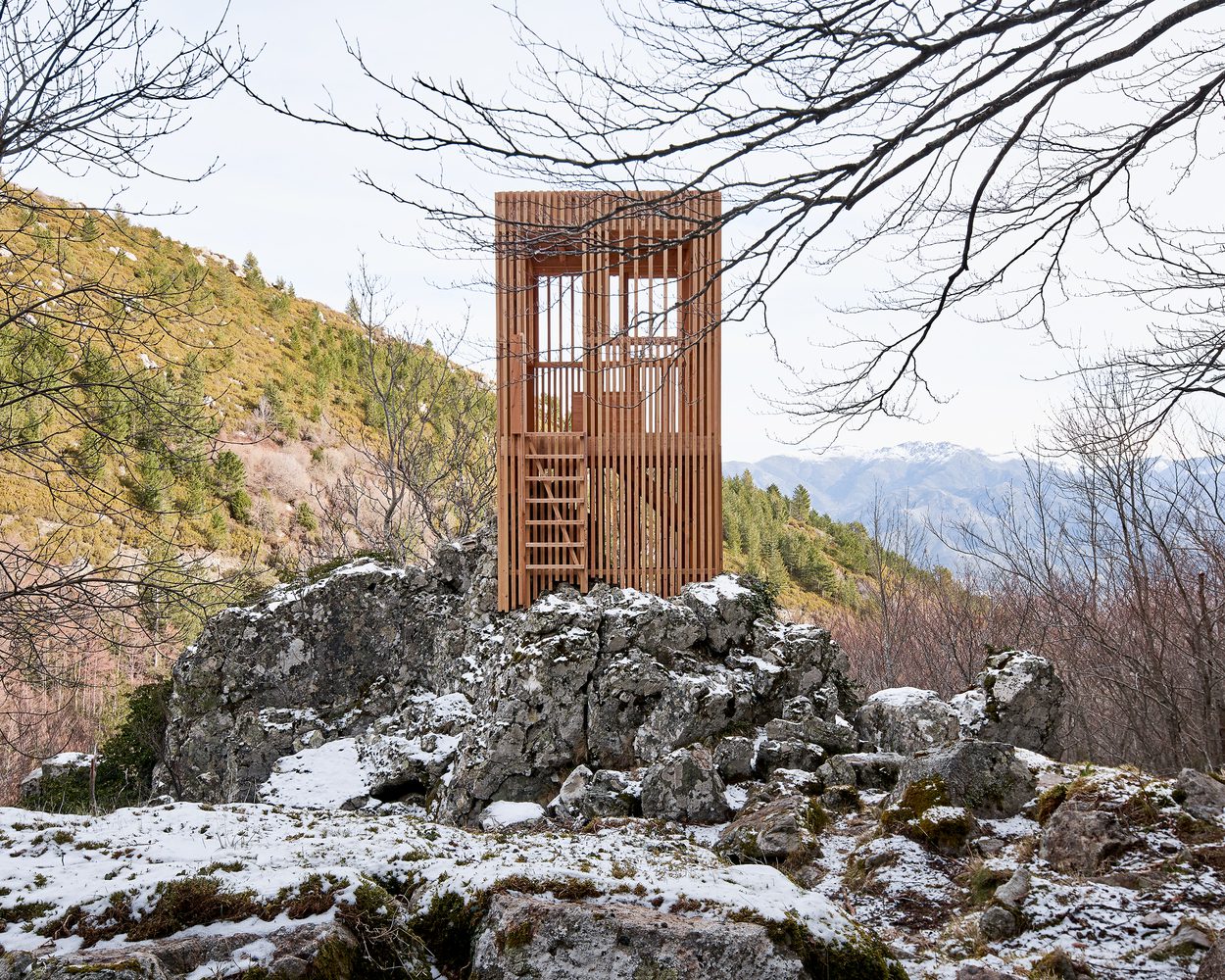 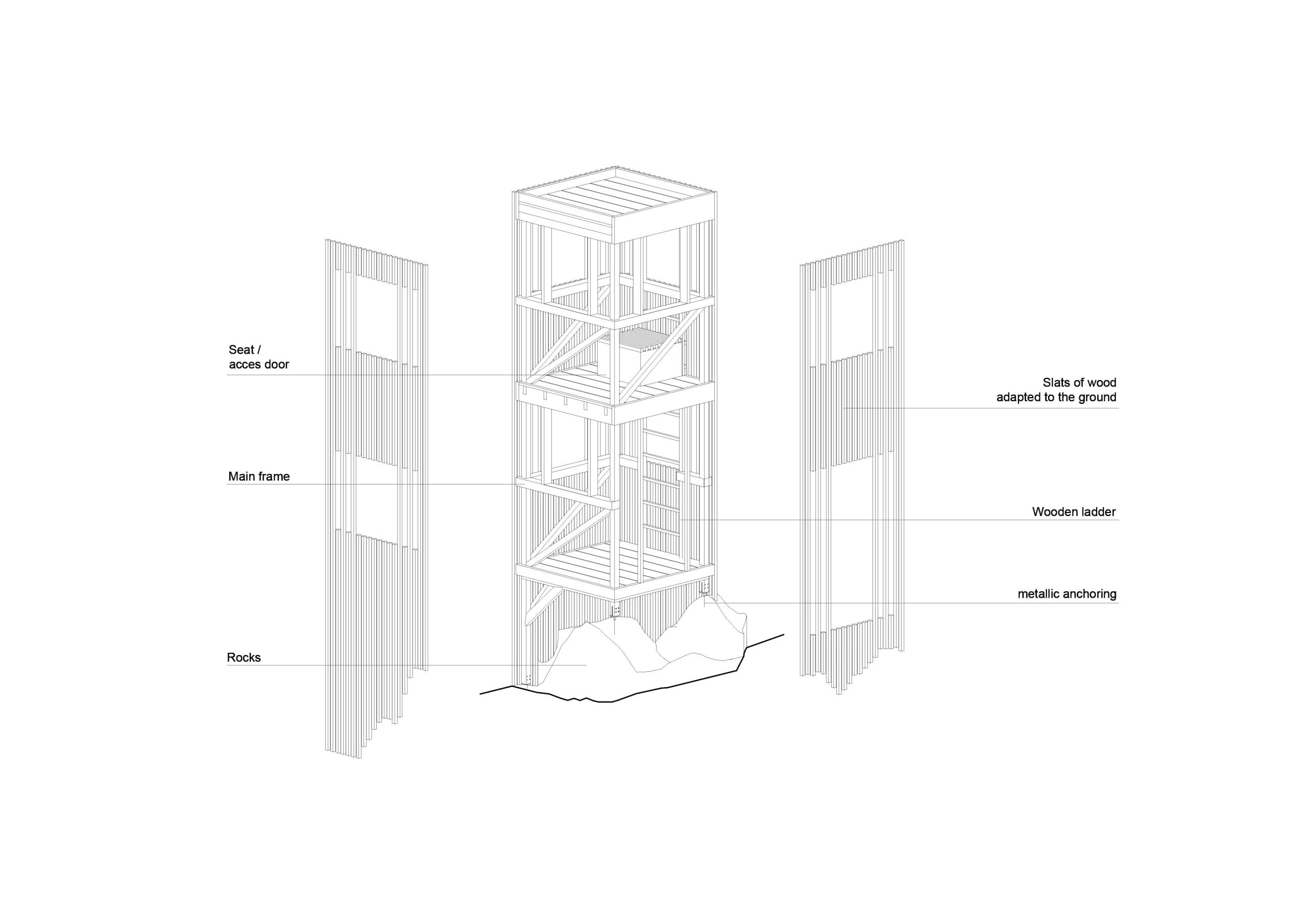 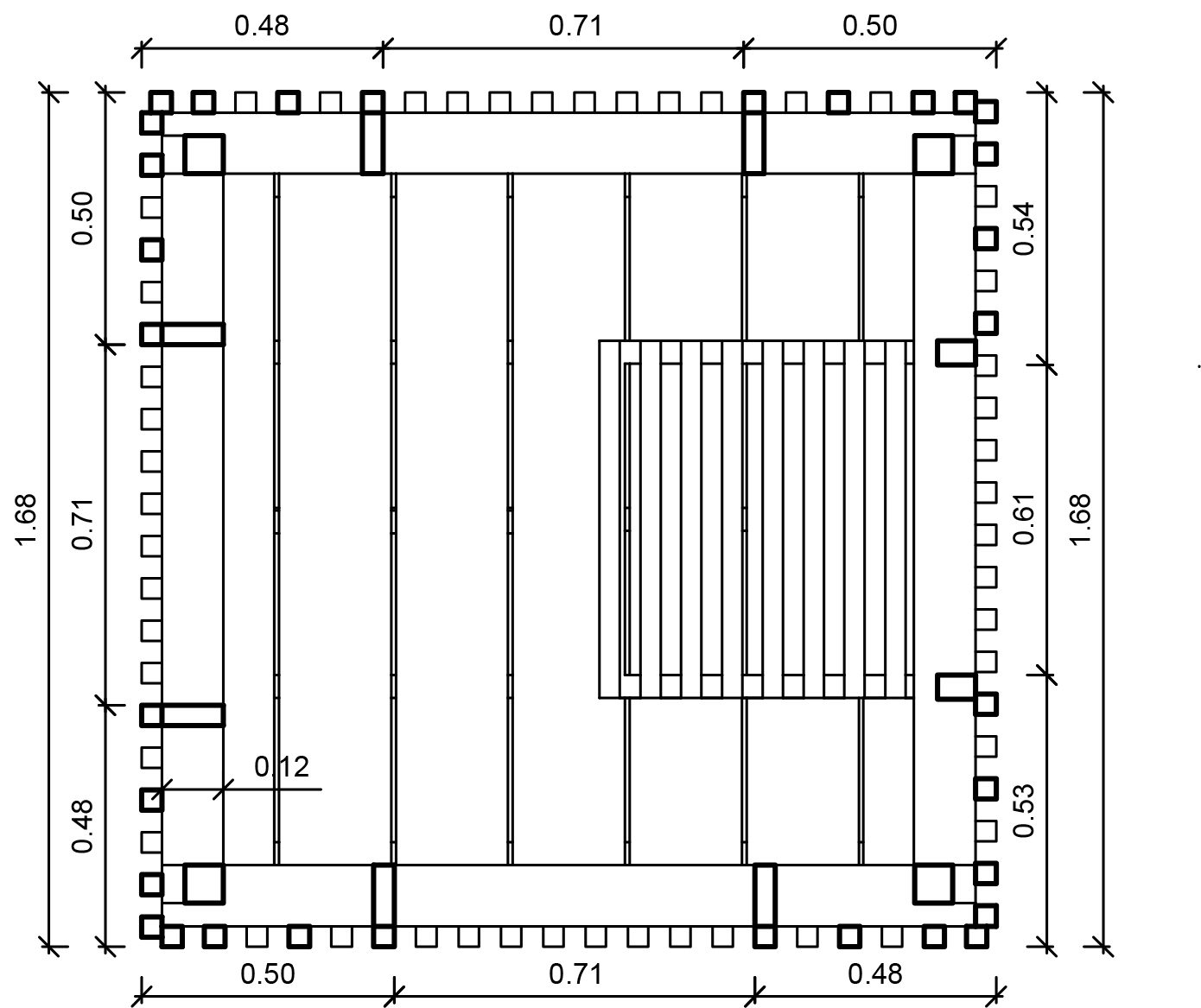 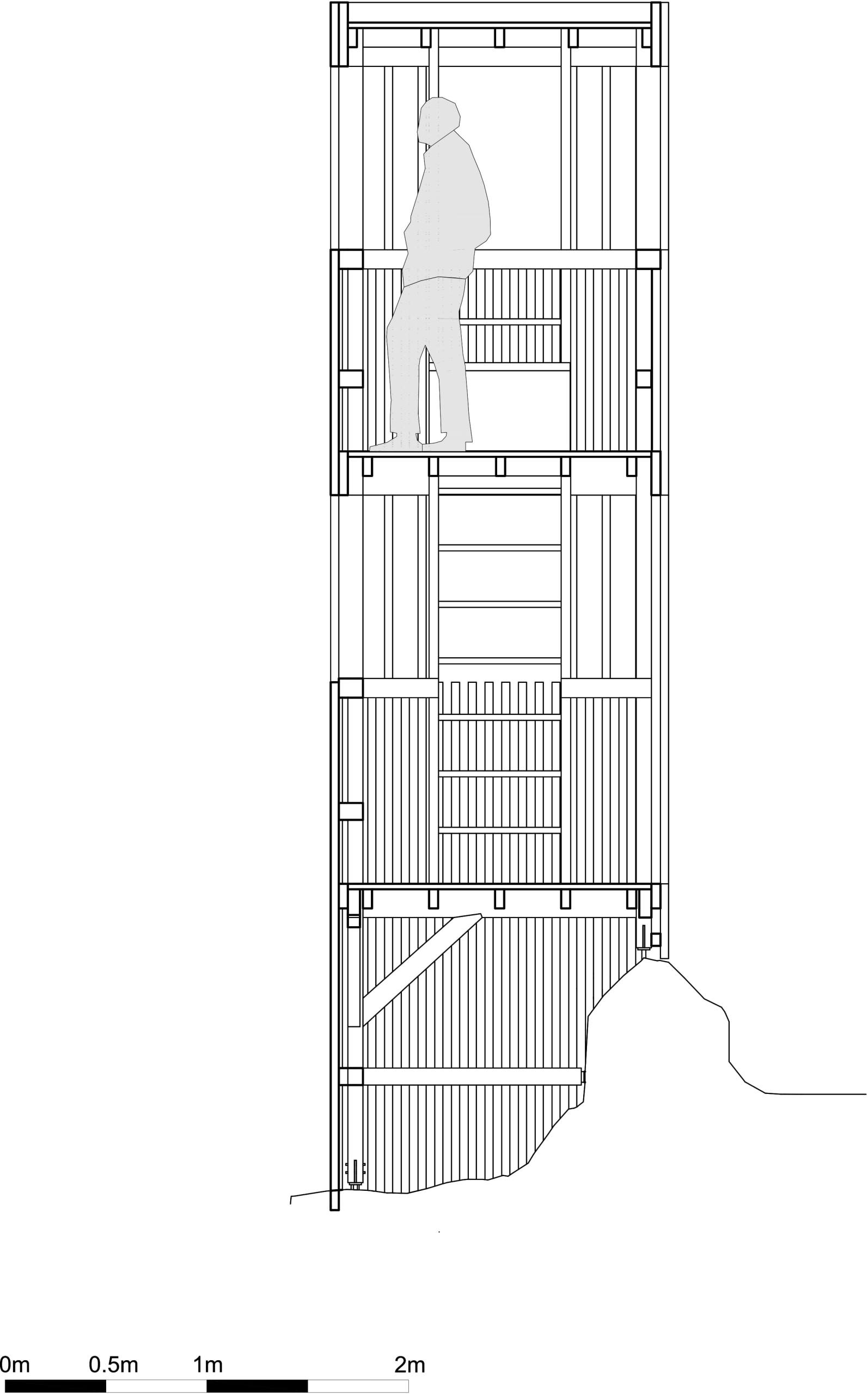 The corsican deer, an endemic species that disappeared in 1969, is now resurrecting over the years thanks to a reintroduction program led by the Corsican Natural Regional Park in 1985. This program, very successful, is now entering a second phase mainly based on information and education in order to raise people’s awareness regarding the fragility of the species.

At first, Regional Natural Park of Corsica intended to order pre-manufactured observatories, but we have proposed to the Park to design them and to make them built by local artisans while respecting the budget.

The modest observatories are located in the mountains of Regional Park of Corsica, scattered in three distinct areas: Venaco, Castifao and Quenza. Made of local wood (« Laricio » : andemic pine), they unveils an architecture at the service of nature. As evidenced by the interplay of shadow and light crossing the wooden slats, the project aims at blending into the landscape without actually disappearing.

Built by local artisans, the viewpoints all have matching rectilinear forms that resemble tree trunks, but are adapted to suit their specific locations. Each observatory is designed to be adapted to its ground, surrounding rocks for example, and also adapted to its context, especially the views we wanted to offer to observe the deers, which explains why some of the observatories are more vertical than others.

Each pavilion is adapted to its close and far environnement and has slatted walls that prevent the deer from seeing the people inside. Their bases are unevenly finished, where the slats extend down to slot precisely over the rockface, and echo the appearance of undergrowth.

Link to the project on the architect / engineer website: https://www.orma-architettura.com/fr/projets/observatoire-du-cerf-corse