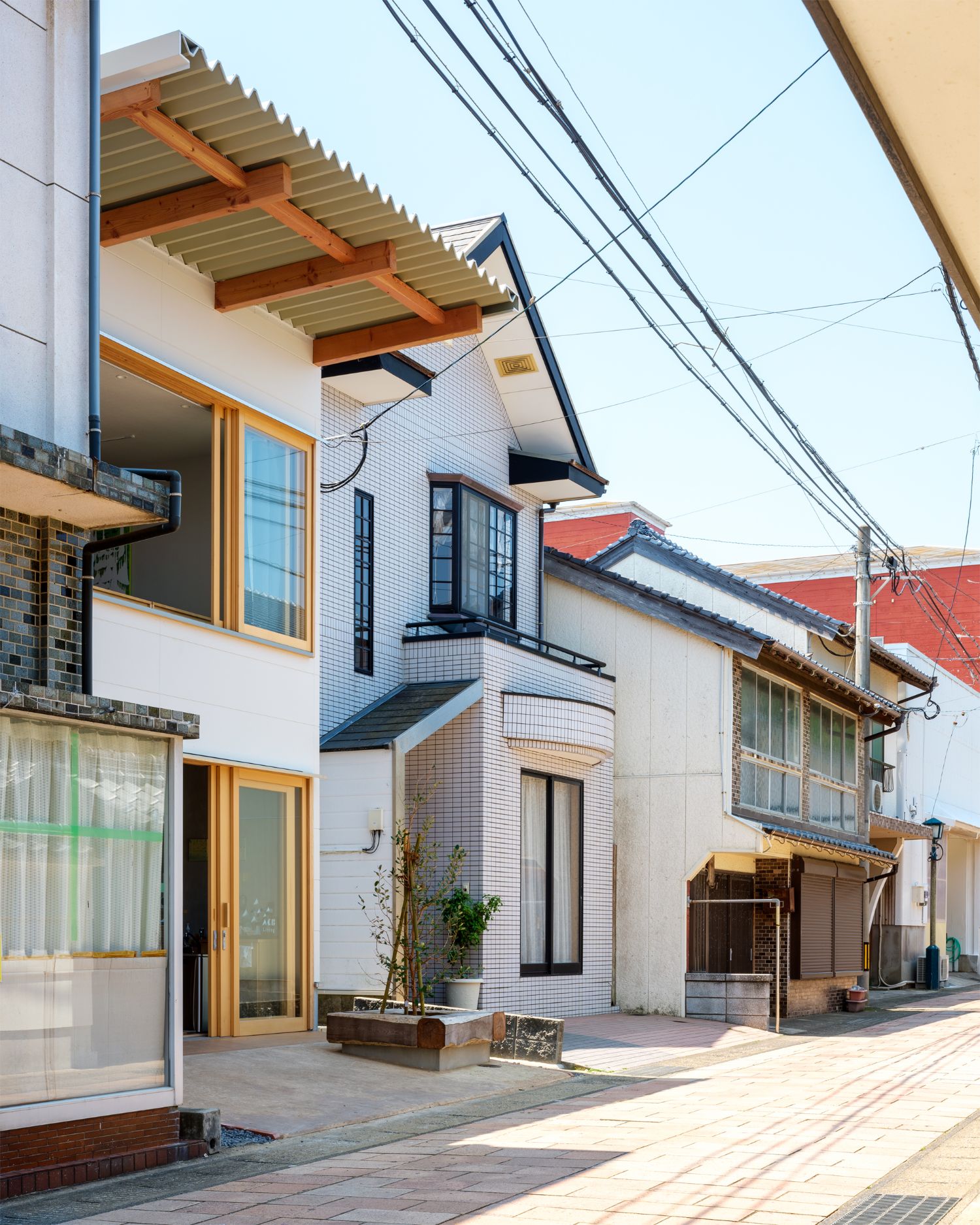 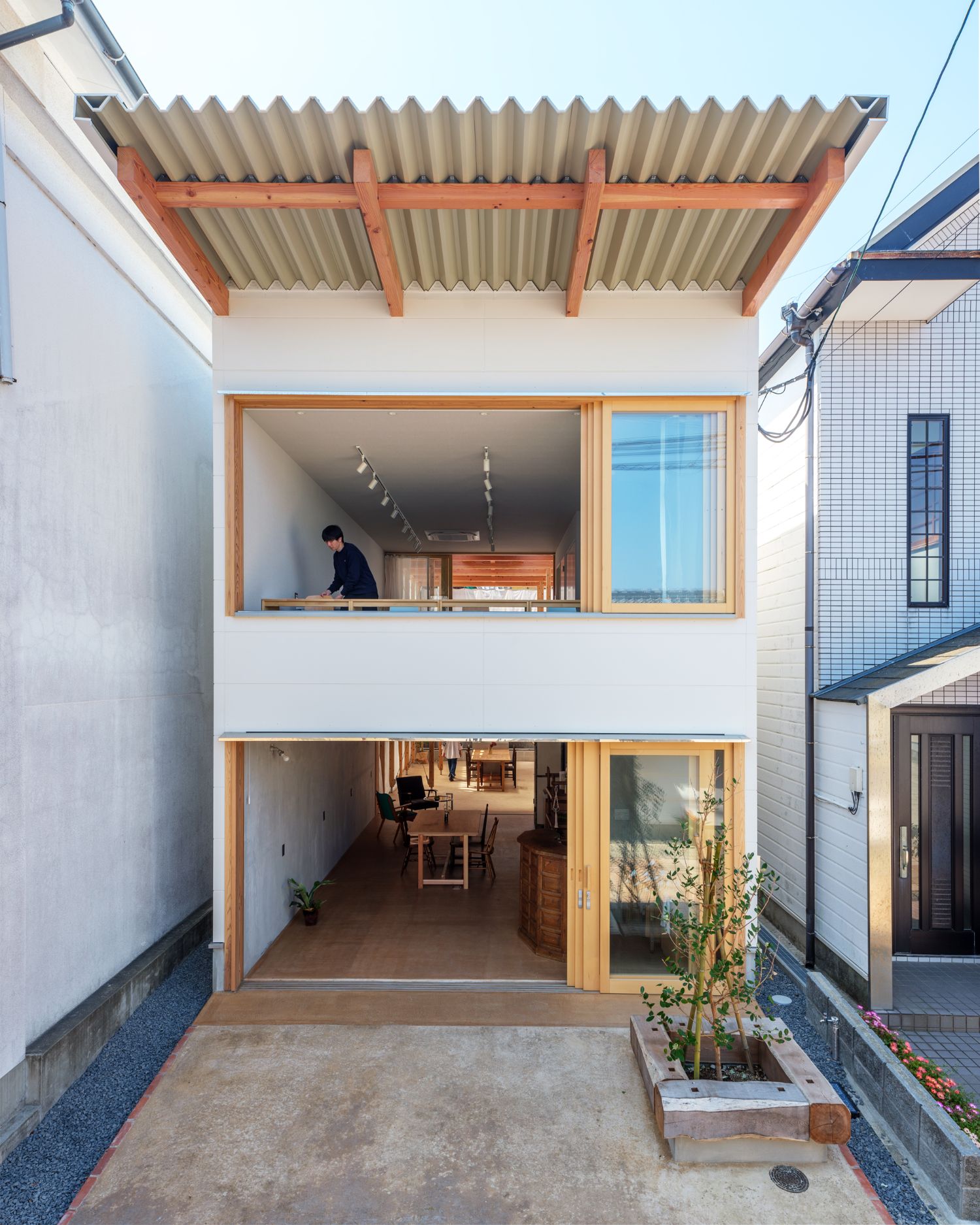 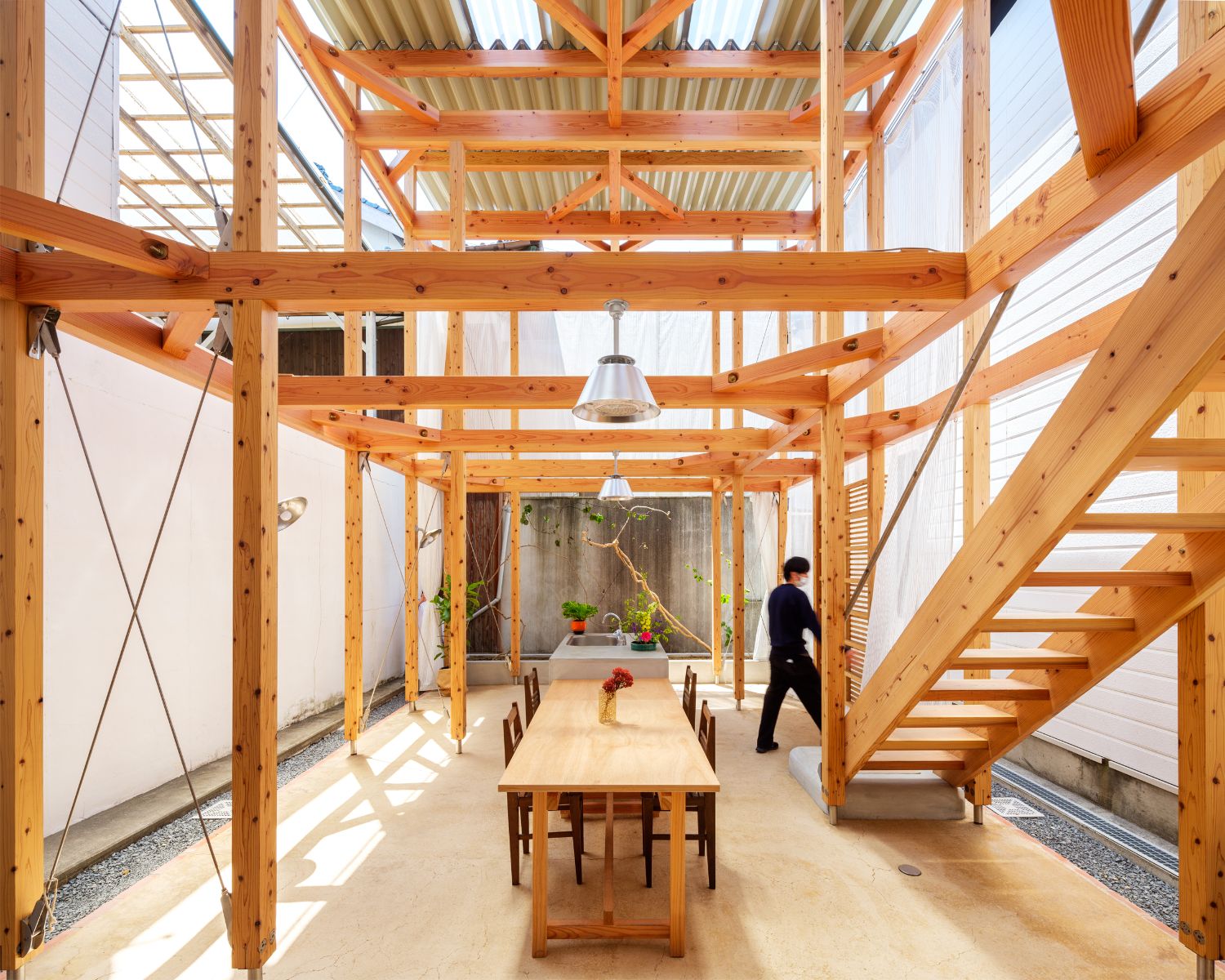 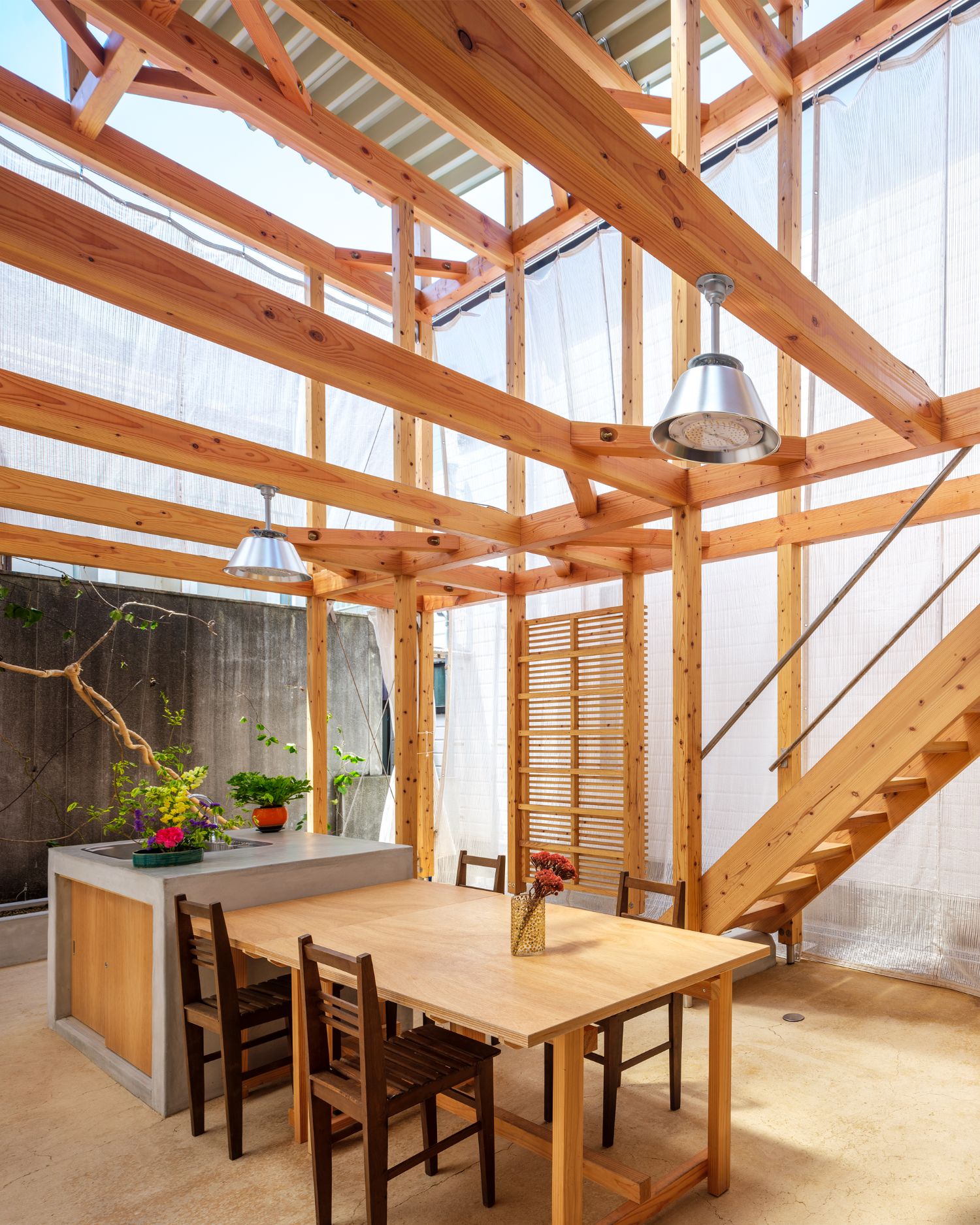 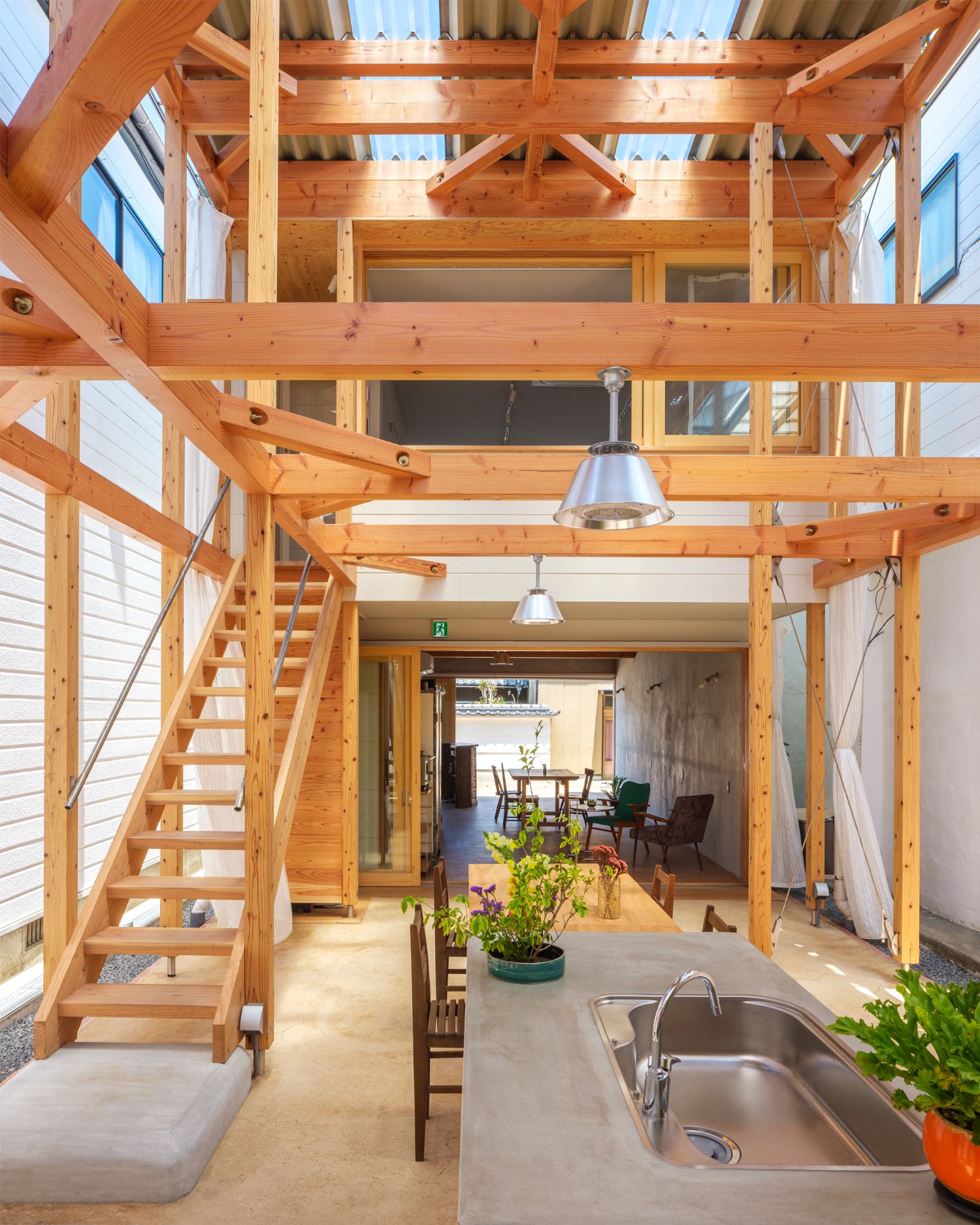 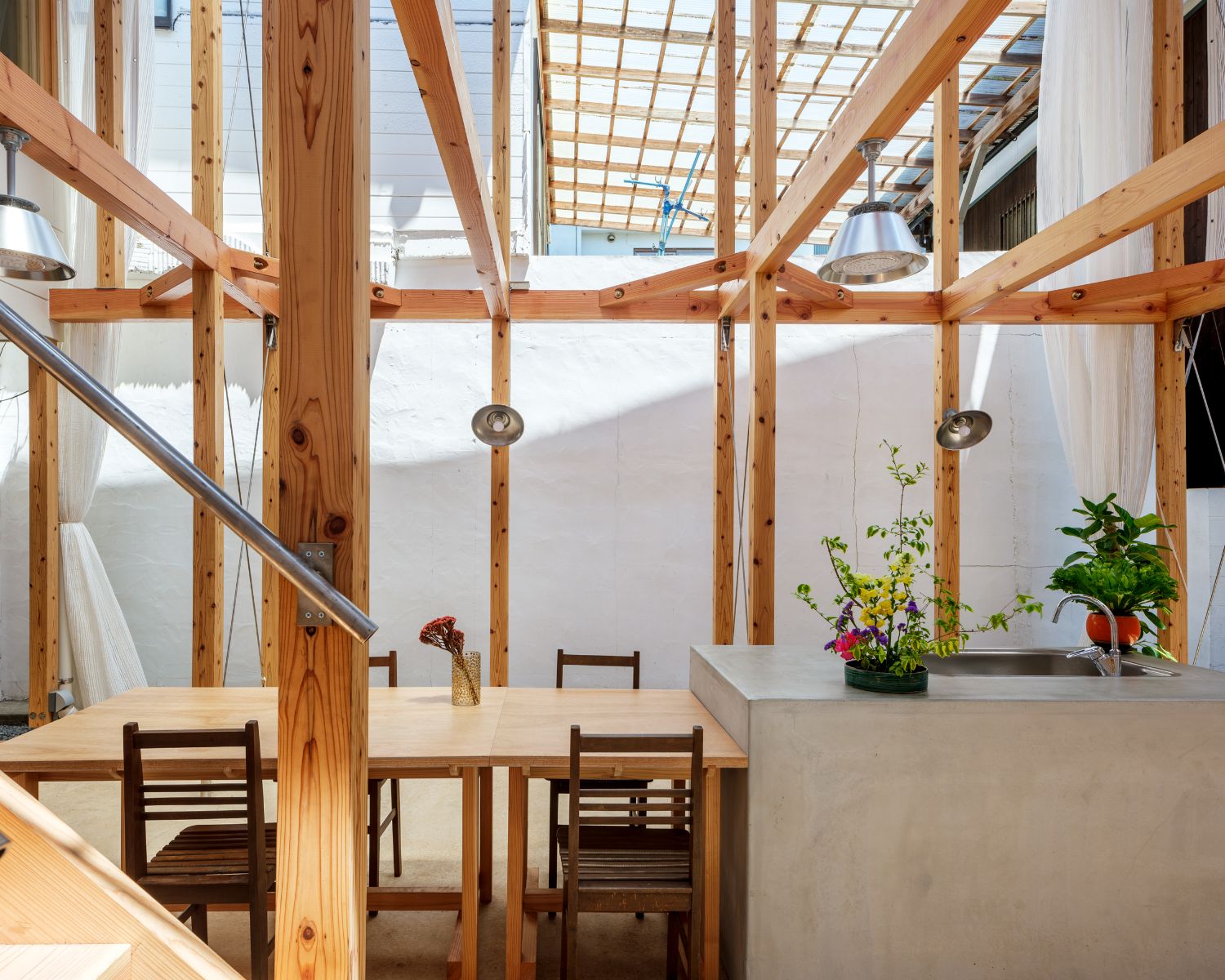 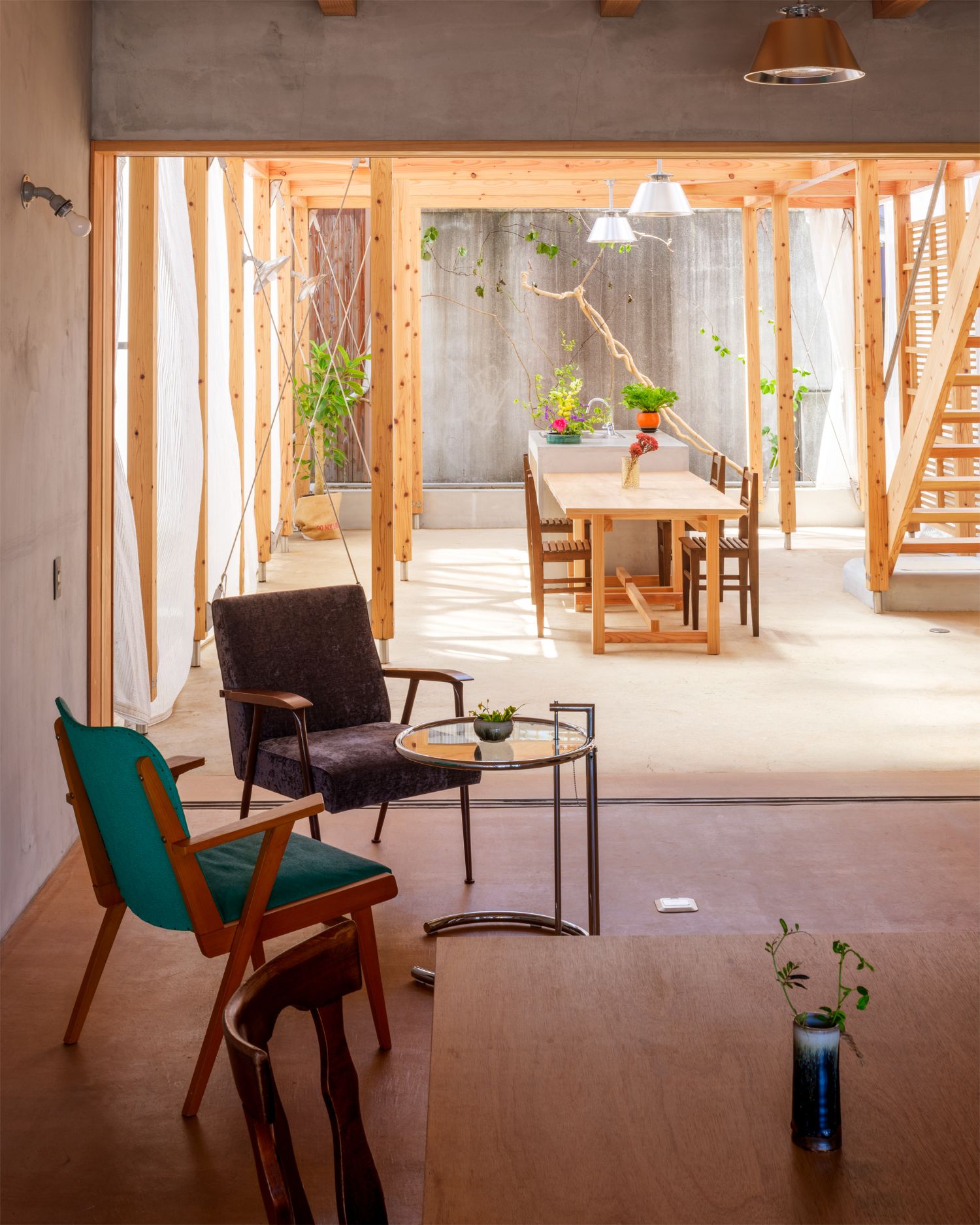 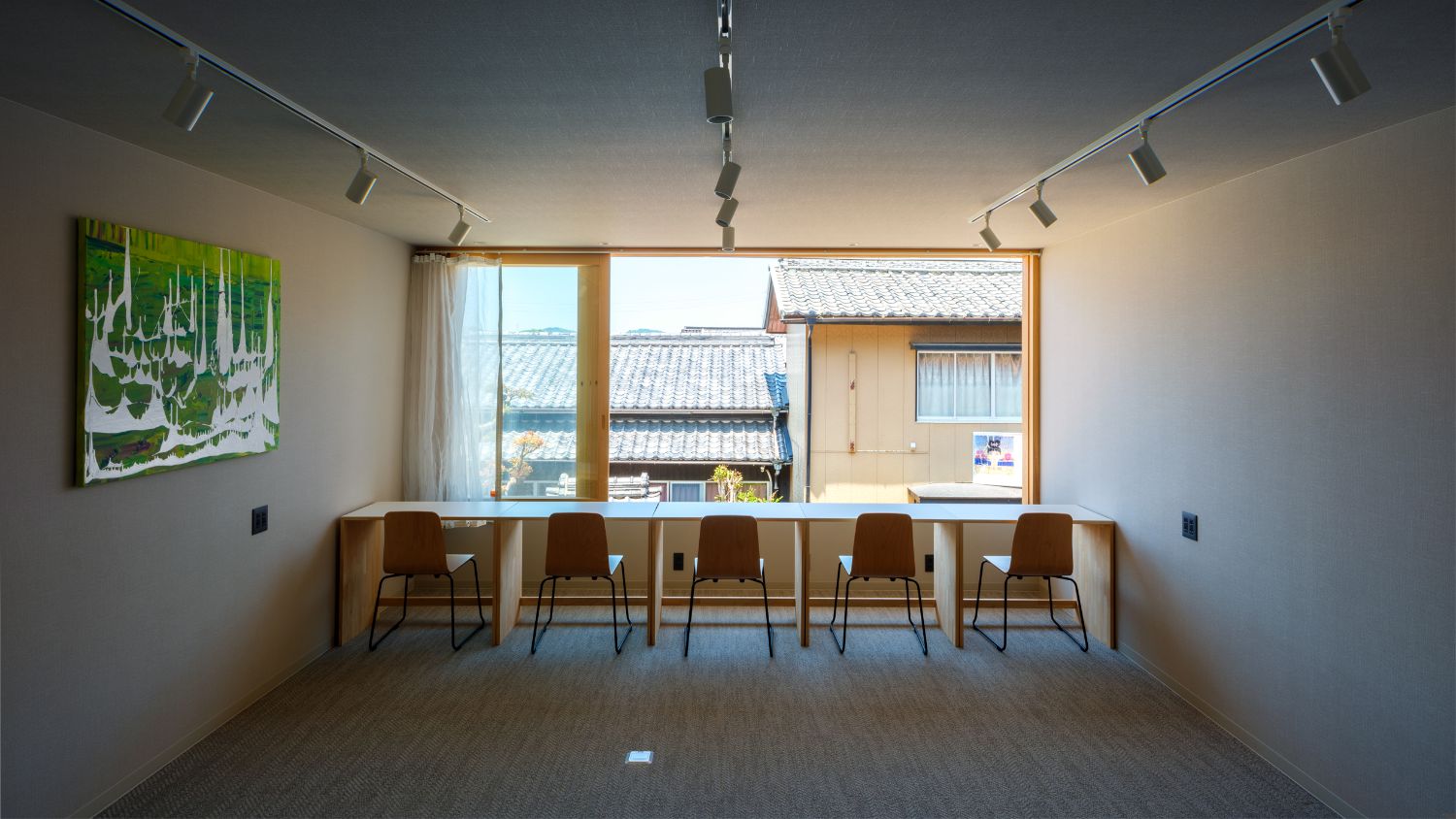 The project is located on Iki Island, a small remote island in Nagasaki Prefecture, Japan. The program of ACB Living consists of a co-working space and its front desk, off-site training spaces for companies, remote work rooms and a café.

By scattering the program across the town, the users are invited to stroll around the area. This way, accidental encounters with the residents of the town can naturally occur and spontaneous conversations ensue.

Instead of gathering the whole entity into one single building, the program is distributed across town with new construction and refurbished small scale interventions. Such a scope is a better fit with the town’s scale, allowing the neighbours to feel more familiar with these new spaces.

The town has long been suffering from the vacant houses and empty plots problem. By extending the program of ACB Living throughout the town and letting it take different shapes, the company aims to tackle the town’s pressing problem while growing its premises.

The interior spaces of the first and second floor are reduced to the minimum in order to expand the outdoor space at the back of the plot to its fullest extent and consequently, guarantee low-energy consumption.

Taking into consideration the pre-existing conditions surrounding the plot and the region’s climate, we explored a passive energy solution which provides an optimal use of the site.

Three sides of the plot are tightly encircled by neighbouring buildings. Taking advantage of this peculiar characteristic and relying on site-specific air flow, a wall-less double height outdoor space is laid out. In order to control the amount of light and wind exposure, agricultural sheets are placed along the perimeter of the outdoor space which the users can draw freely. The billowing agricultural sheets help visualise the presence of the wind and, at the same time, blur the lines of the site’s perimeter. Moreover, the previously mentioned neighbouring walls become part of the project’s interior design.

In the past, a common sight across town was of plants, chairs and other objects whose property was ambiguous. Even the houses’ private entryway was loosely connected to the public realm. The project aims to bring back a codependent relationship with its neighbours by creating an appropriate environment where this reliance can flourish.

The whereabouts of this project —located in a crevice on the streets of the town—, unlike in urban areas where only mechanical noise can be heard, offer its users a different kind of noise: the sound of the residents’ activities, the birds singing and the insects chirping.

The spatial arrangement that has been tried out for this project, isn’t necessarily restricted to its current program and could be easily transformed into a residence or a store. What’s more, it’s a proposal for the region for a new lifestyle where everyone is loosely connected.

Link to the project on the architect / engineer website: https://lighth.jp/portfolio/acb-living/