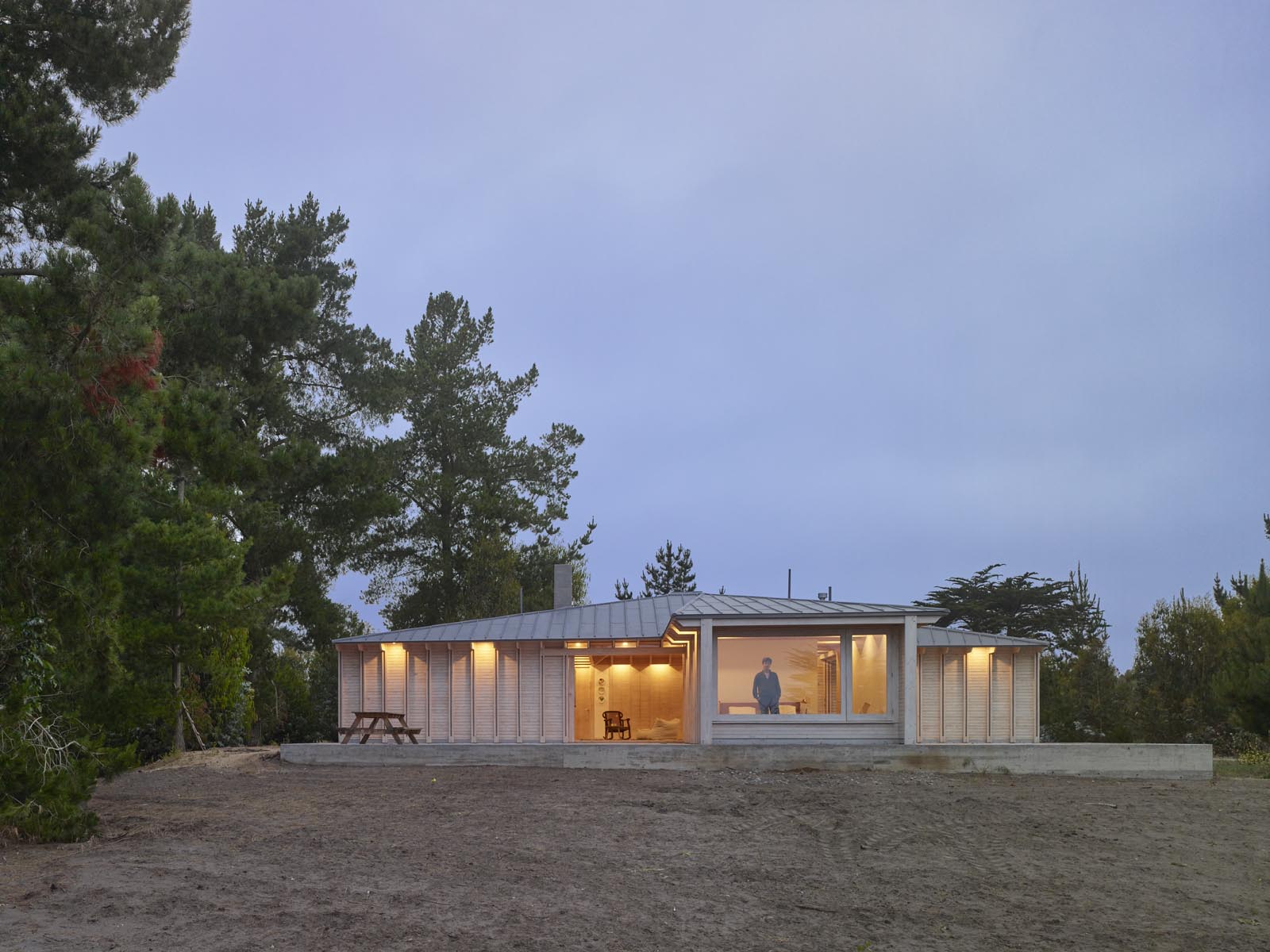 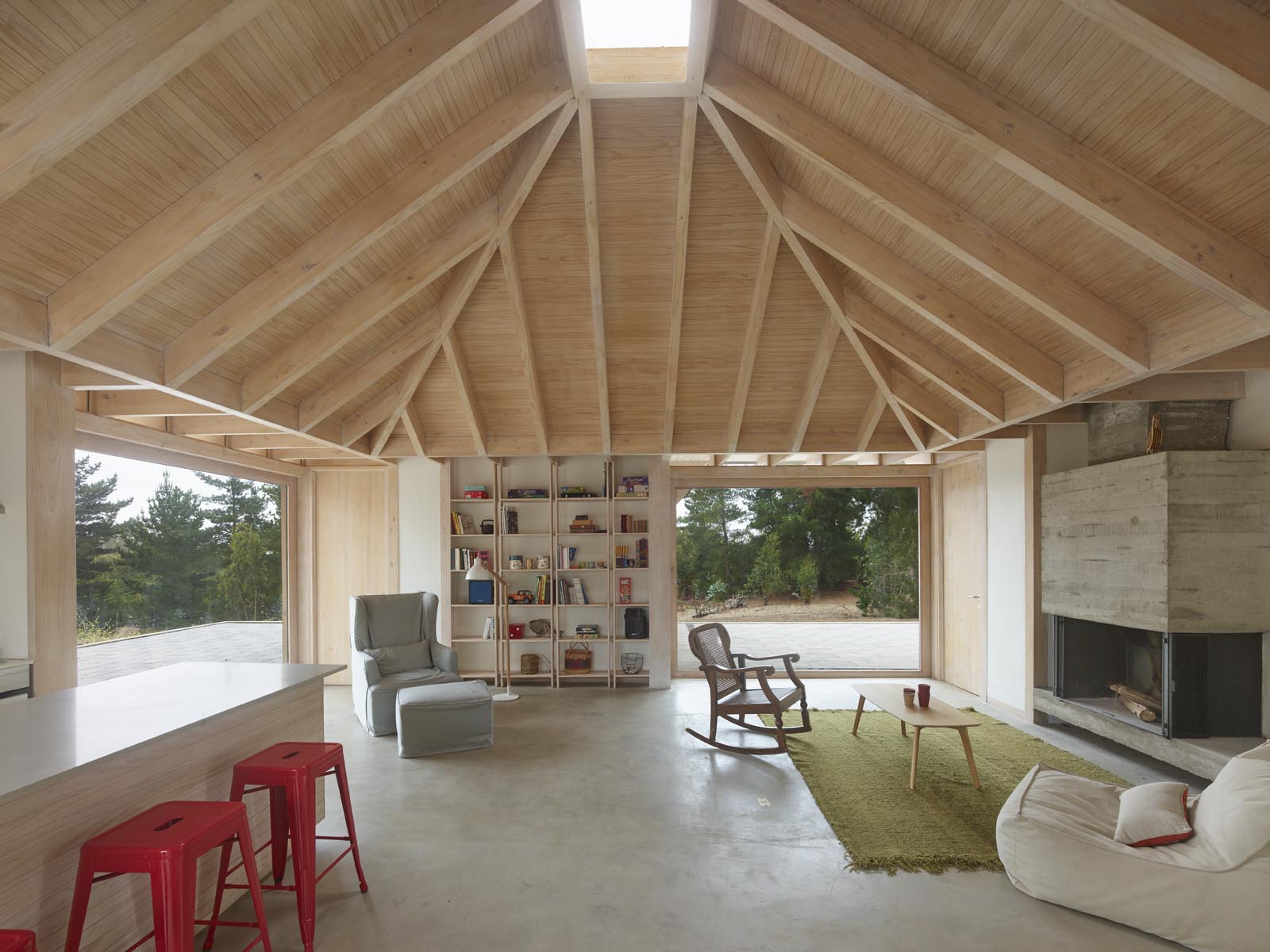 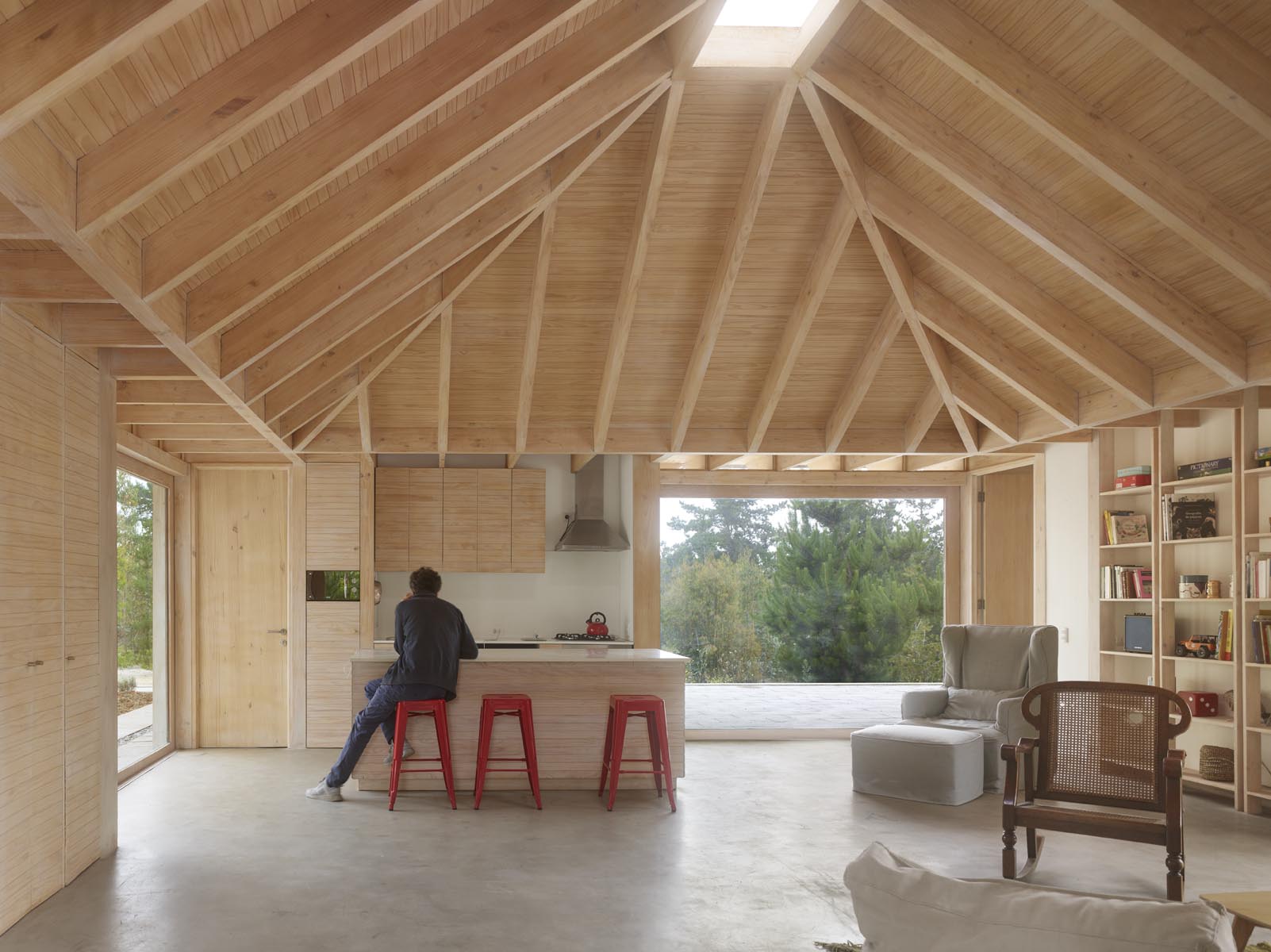 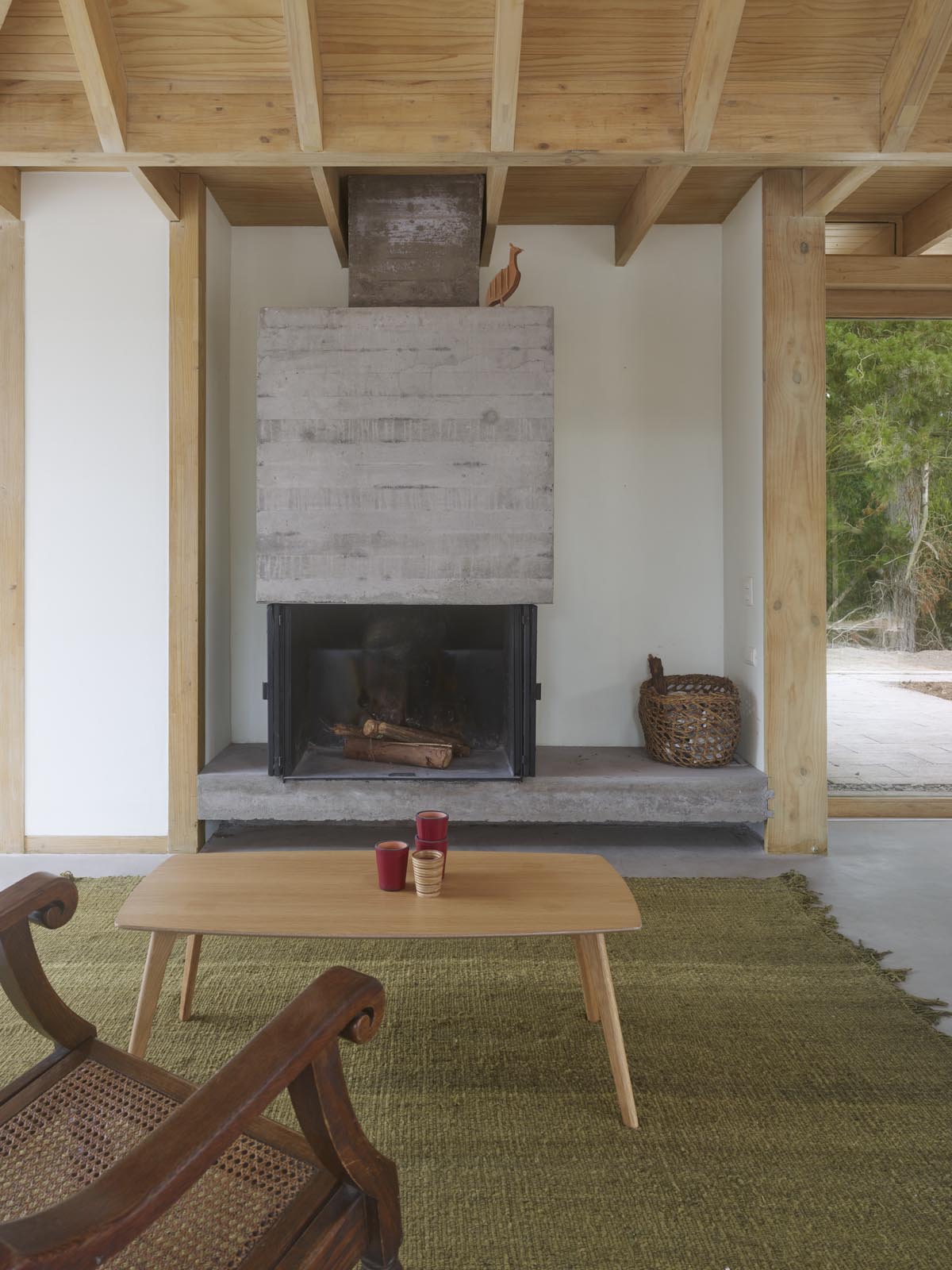 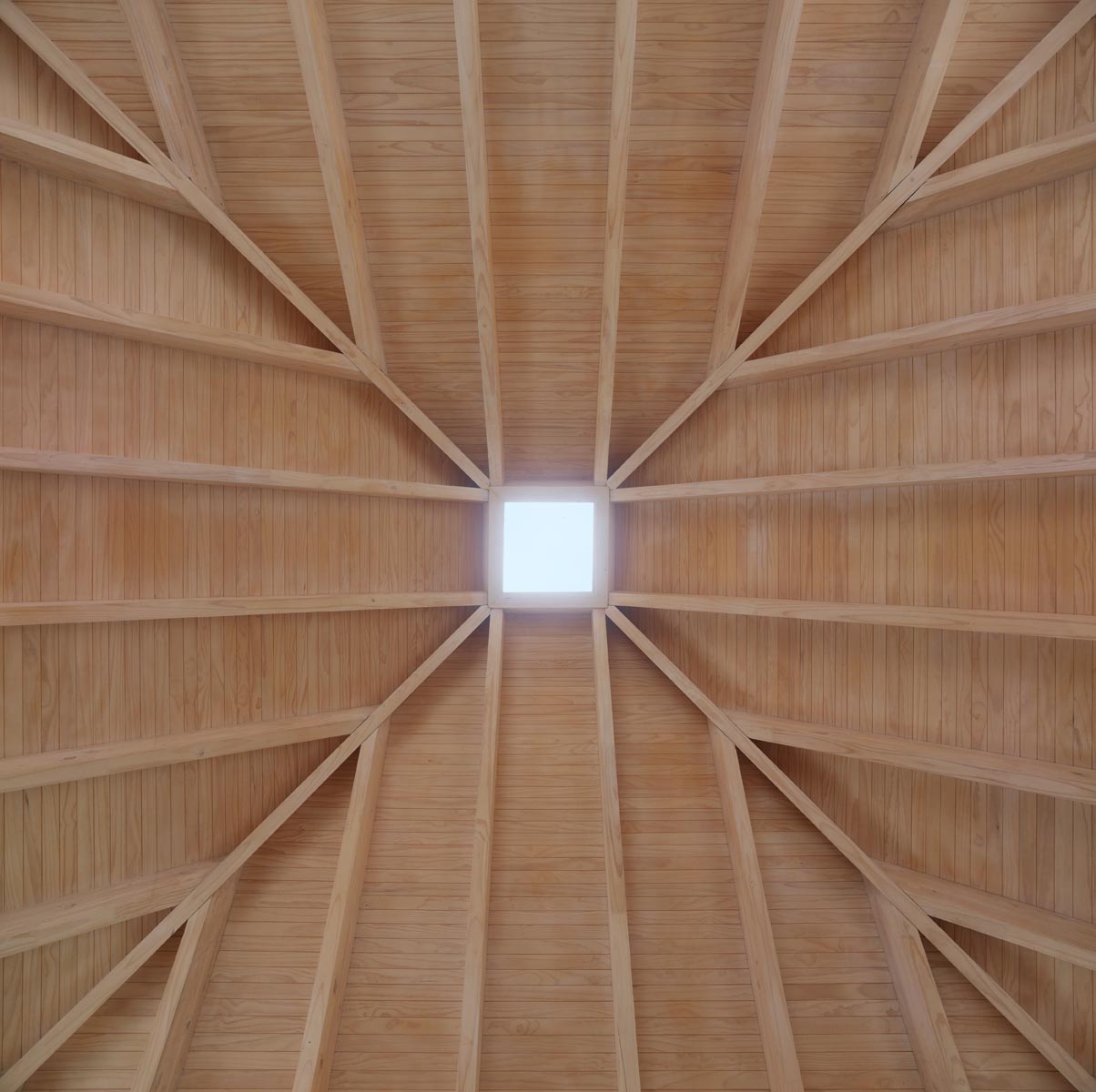 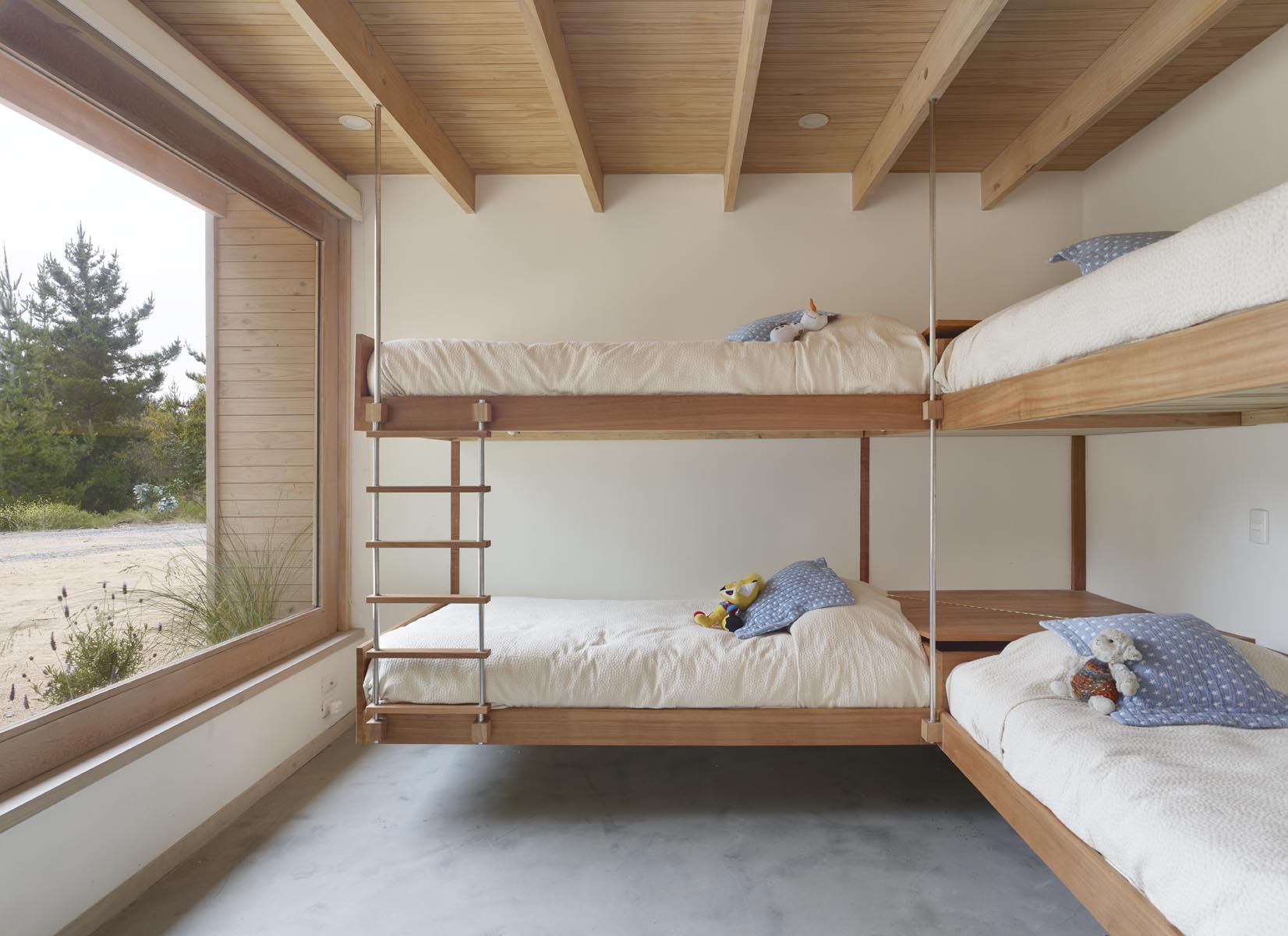 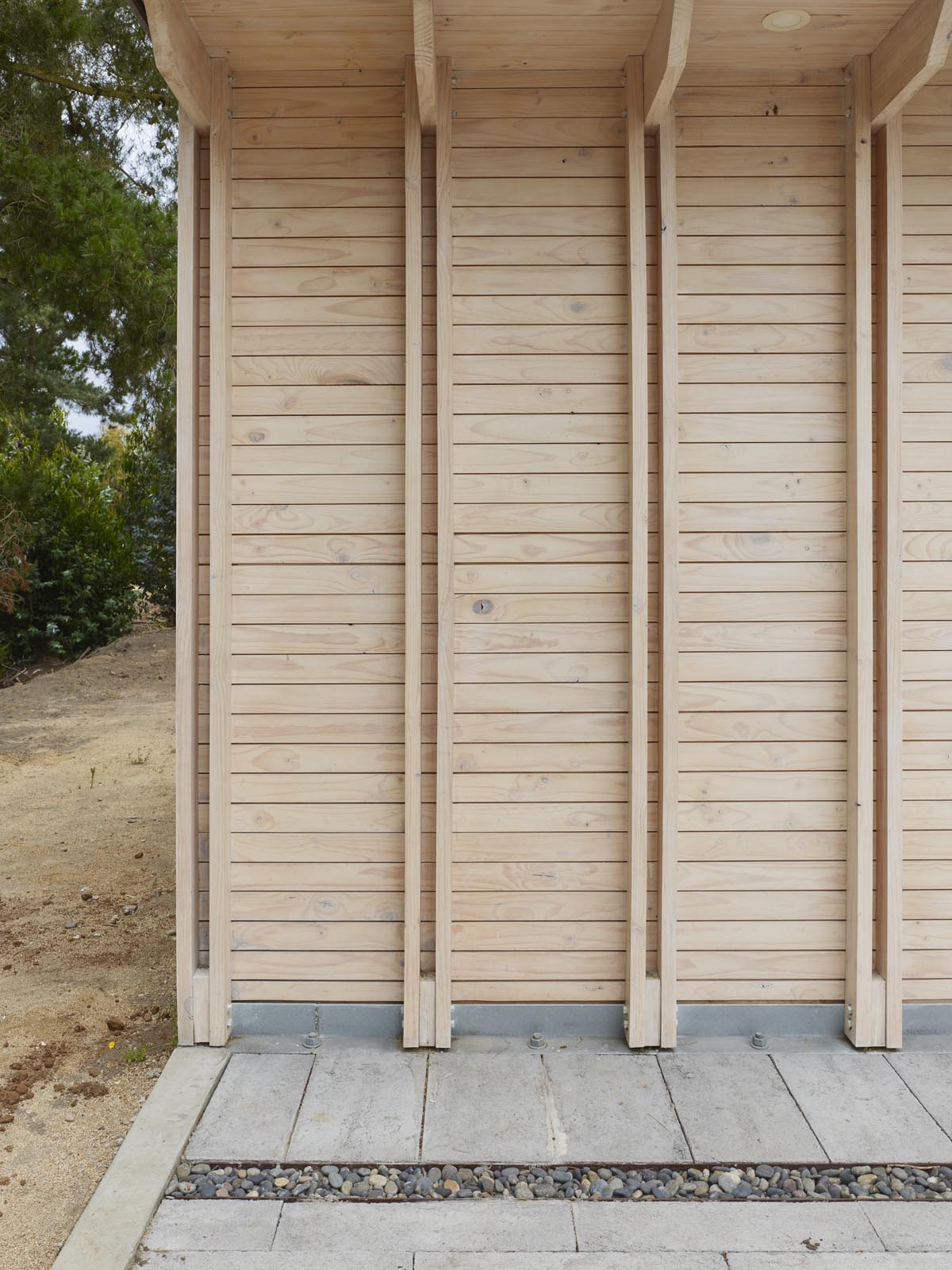 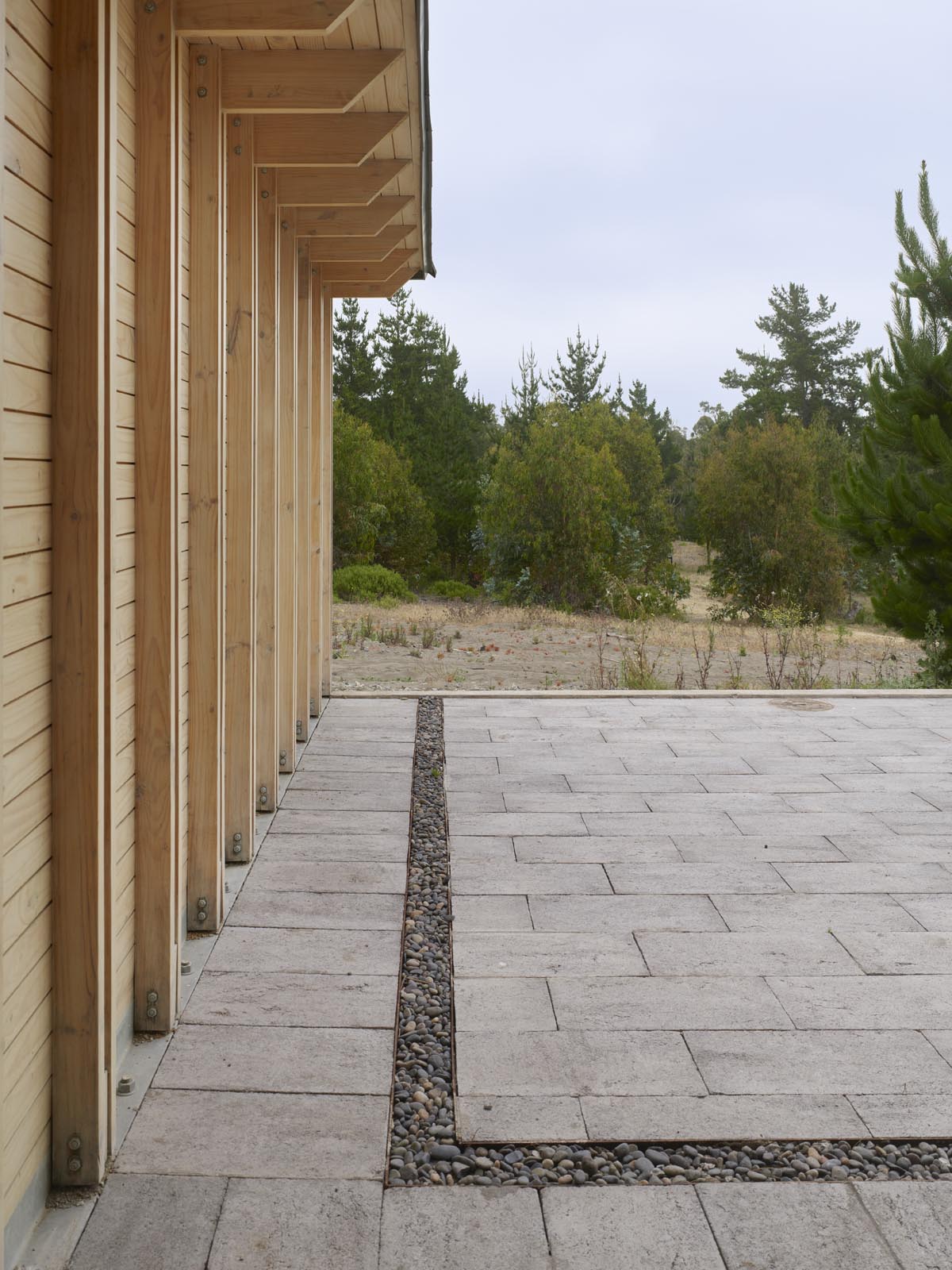 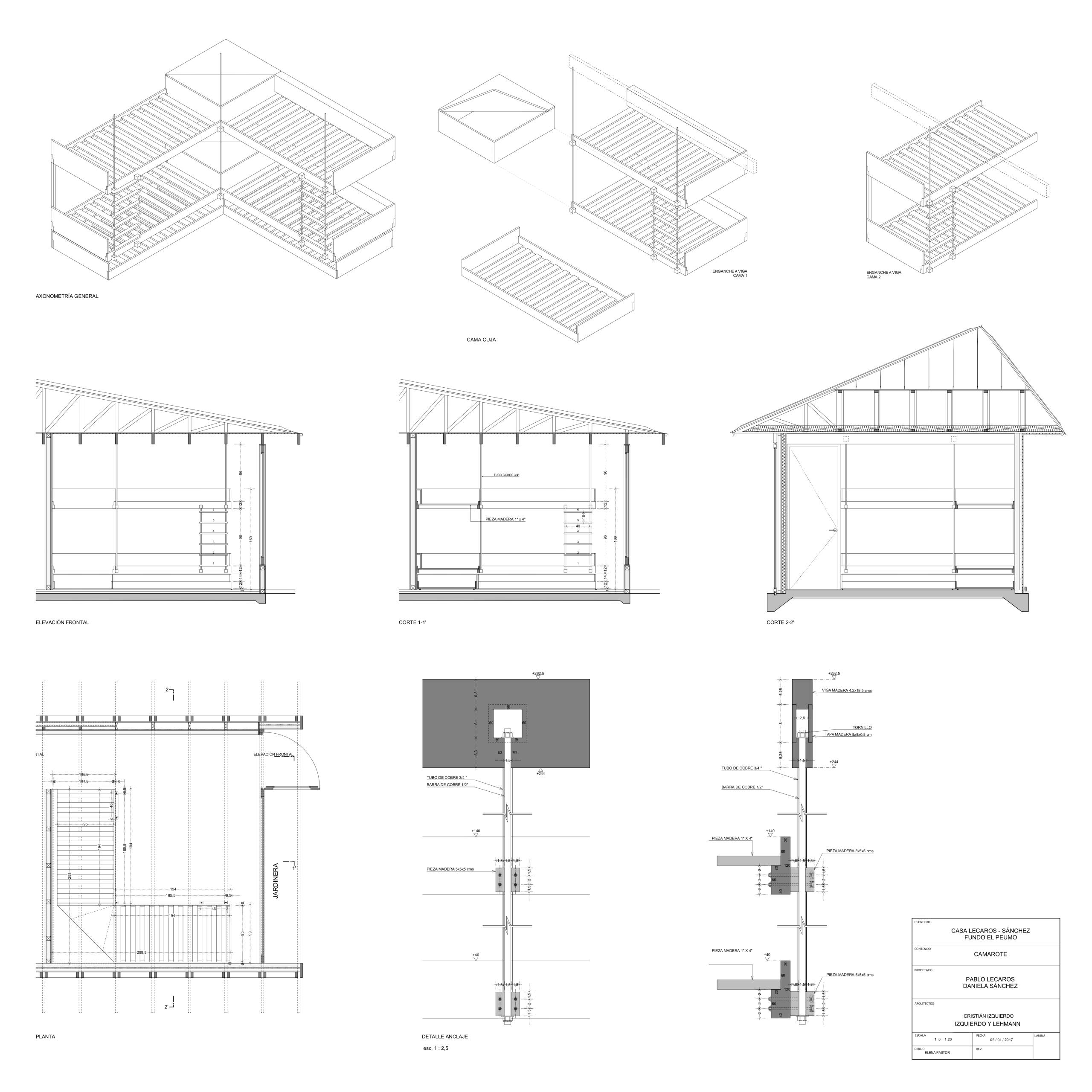 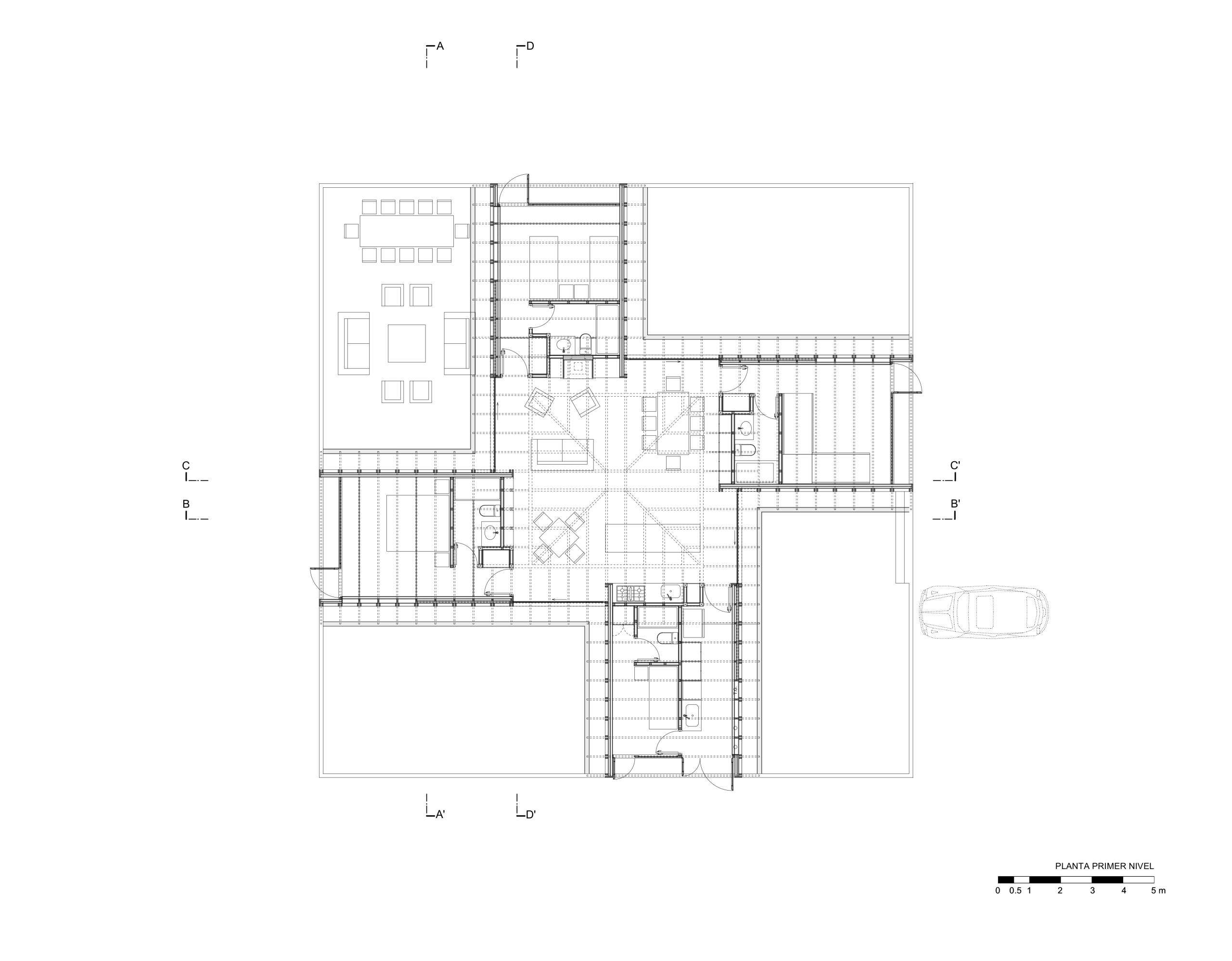 This house is by a sandy plateau surrounded with pines and cypresses, receiving moderate winds and overlooking the Pacific Ocean afar. The project is conceived as a central cabin that gradually opens to the landscape in 4 symmetric fronts, following a continuous constructive module of 2 feet.

The building consists of a squared horizontal basement with a smaller squared room in the middle, from which four rooms come off perpendicularly, defining four rectangular patios in the corners. The central room gathers all the common circulations and hosts the cooking, dining and living areas under a four-pitched ceiling with a central skylight. Its vertical surfaces consist of a sliding window and a wall, of 5 and 7 modules each, placed in a symmetrical rotation along the centre of the plan. Each wall hosts a specific use —bookshelves, closets, kitchen or chimney— and an equal door at its corner. Behind them are the bedrooms, opened to the landscape through a large window at the front, and closed to the adjoining patios through walls that encase the sliding windows of the main living room. The patios only relate with the central room. When the windows open, it becomes a large terrace open to the outside along both diagonal axes. When the bedrooms shut their doors, they disappear between the walls, cutting off the noise and circulation of the rest of the house.

The structure is made of laminated pine and is left uncovered, making explicit the constant measures and joints that rule the project. The perimeter is protected by a continuous horizontal eave. The roof, made of zinc, consists of 4 series of 3 triangular planes that run from the corners of the central skylight to the corners of the external eave. The form and pitch of each plane results from the 5:7 proportion ruling the central room and the height difference between the centre and the borders. The symmetric rotation of this asymmetrical form produces the figure of a whirlwind, thus blurring the difference of the concave centre and the horizontal perimeter into an organic totality.

Link to the project on the architect / engineer website: https://www.izquierdolehmann.com/en/