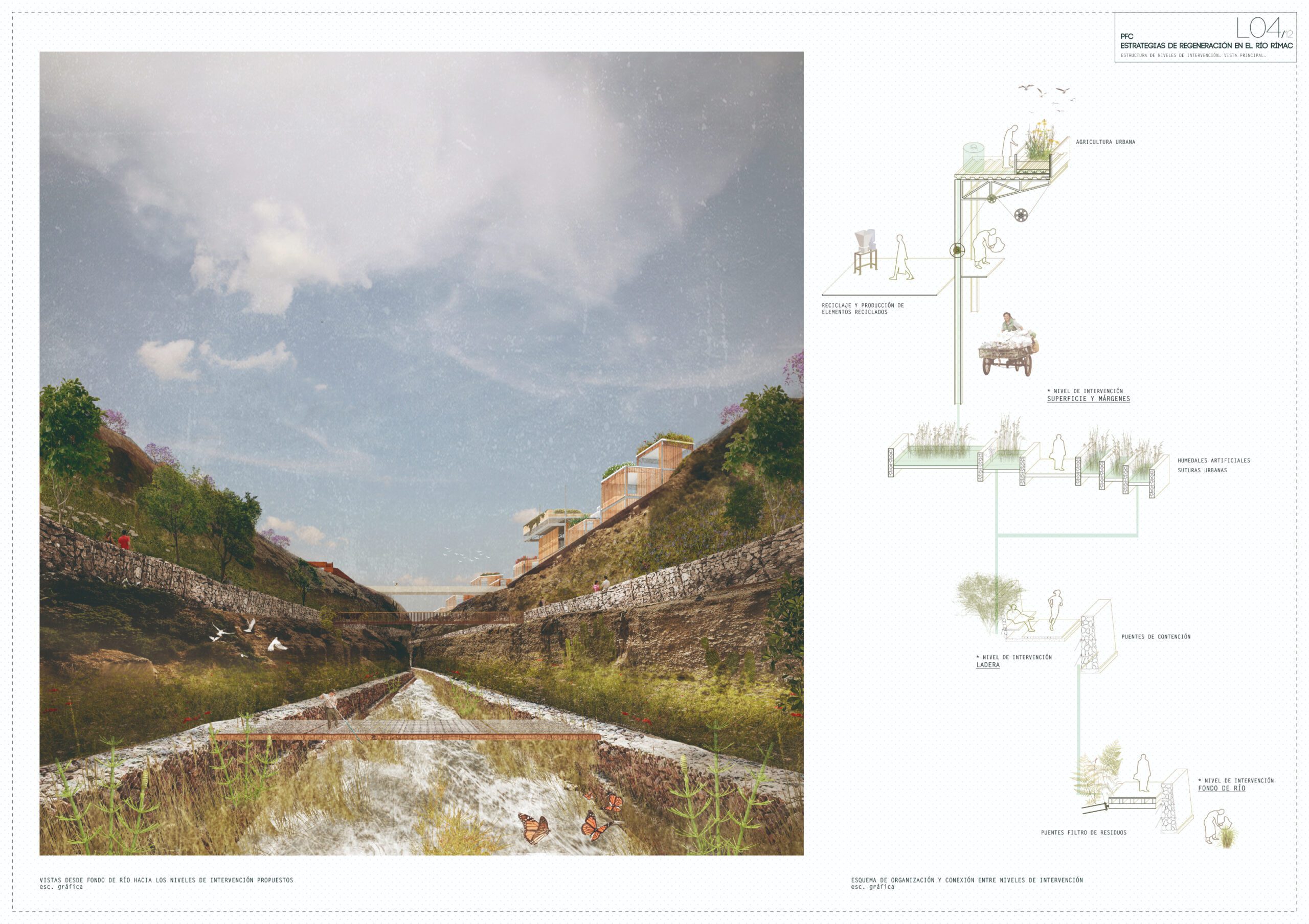 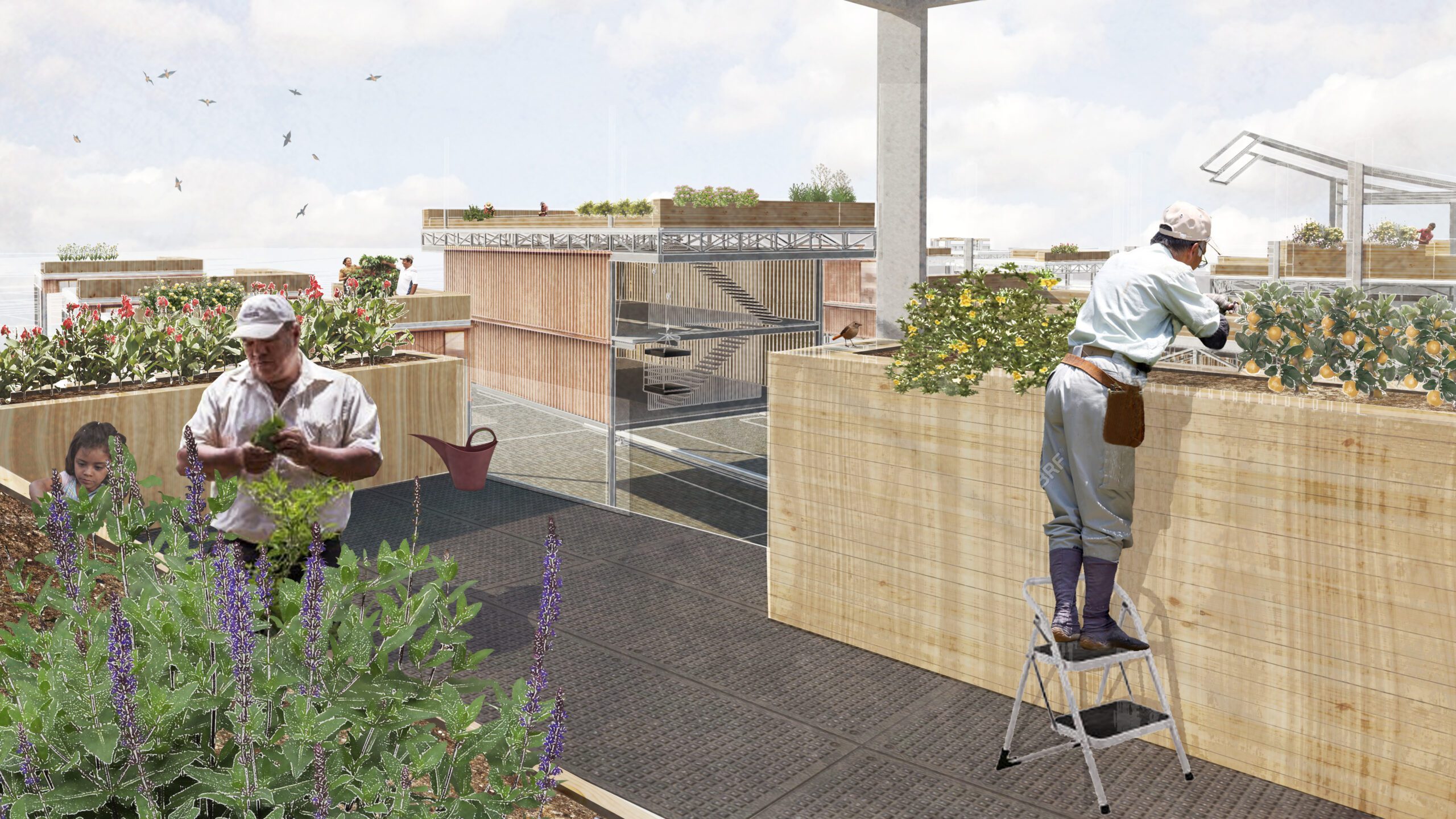 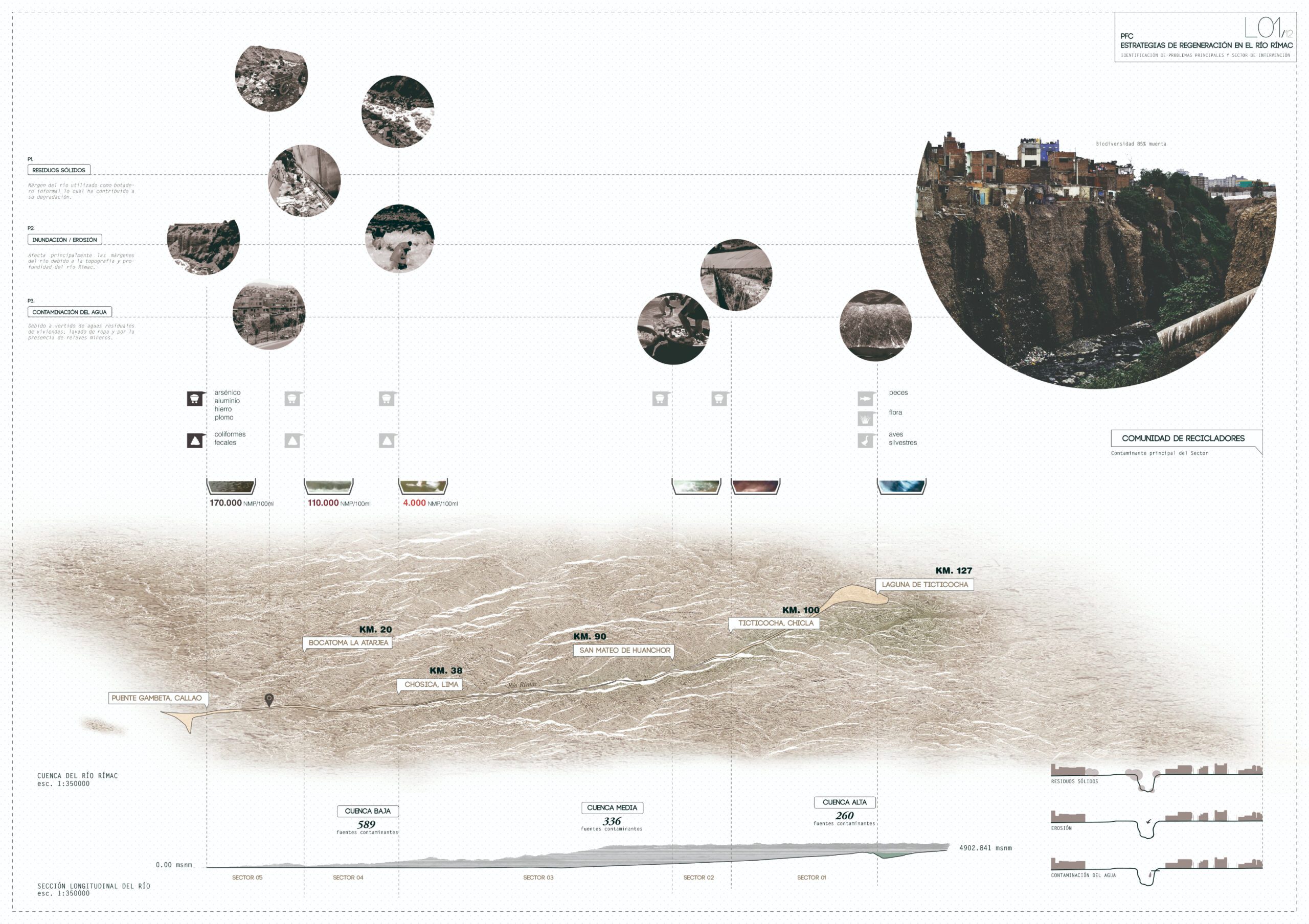 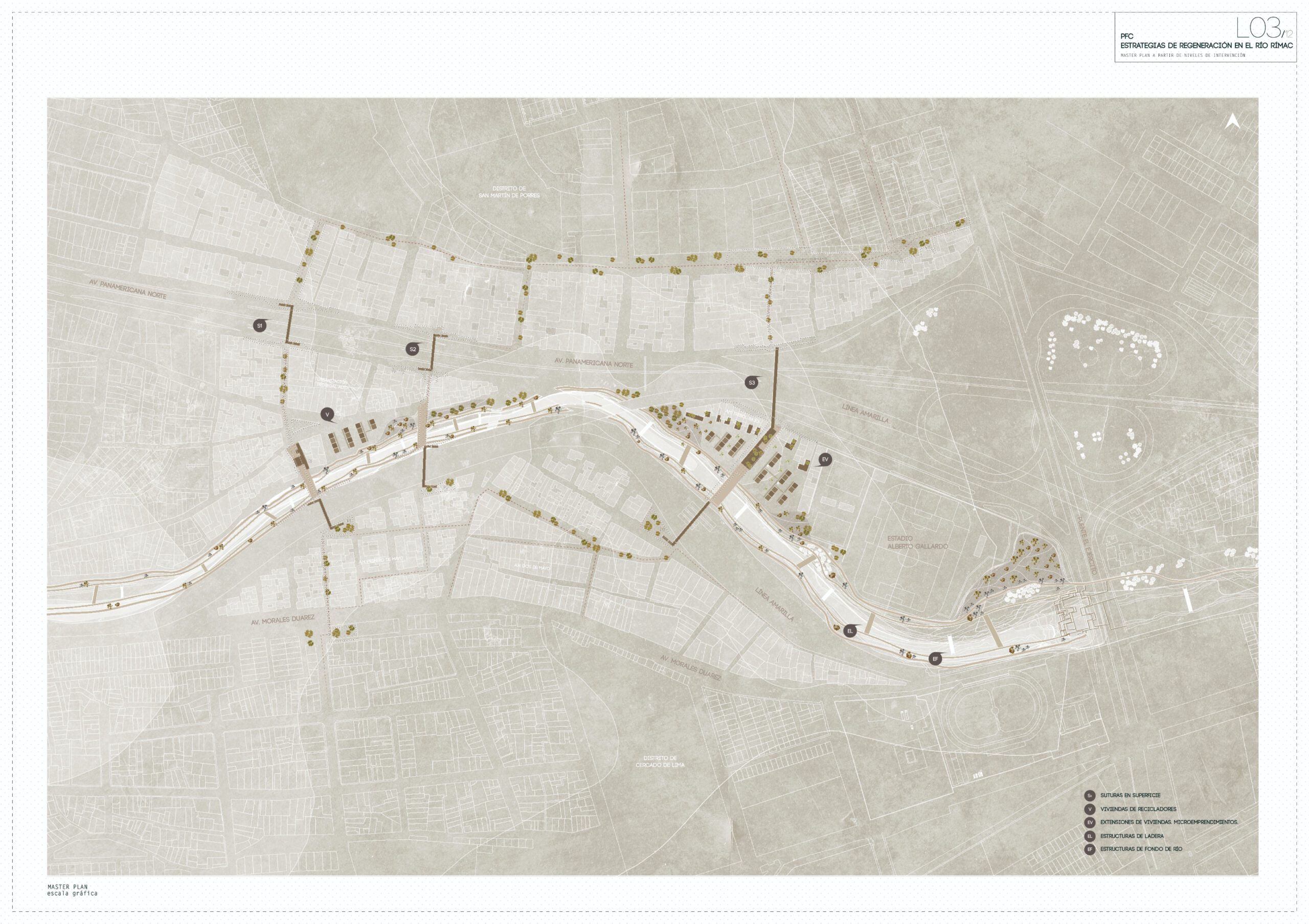 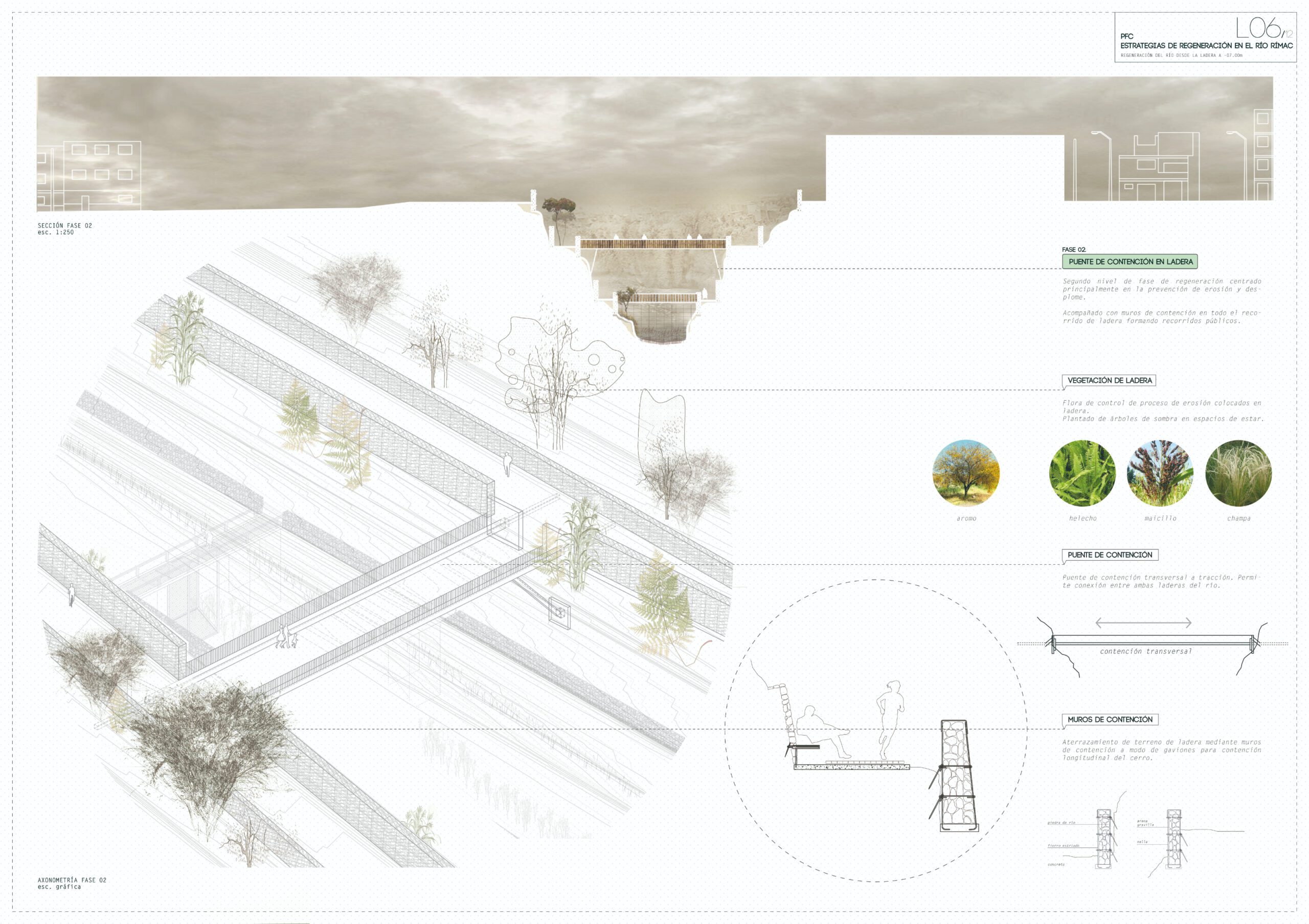 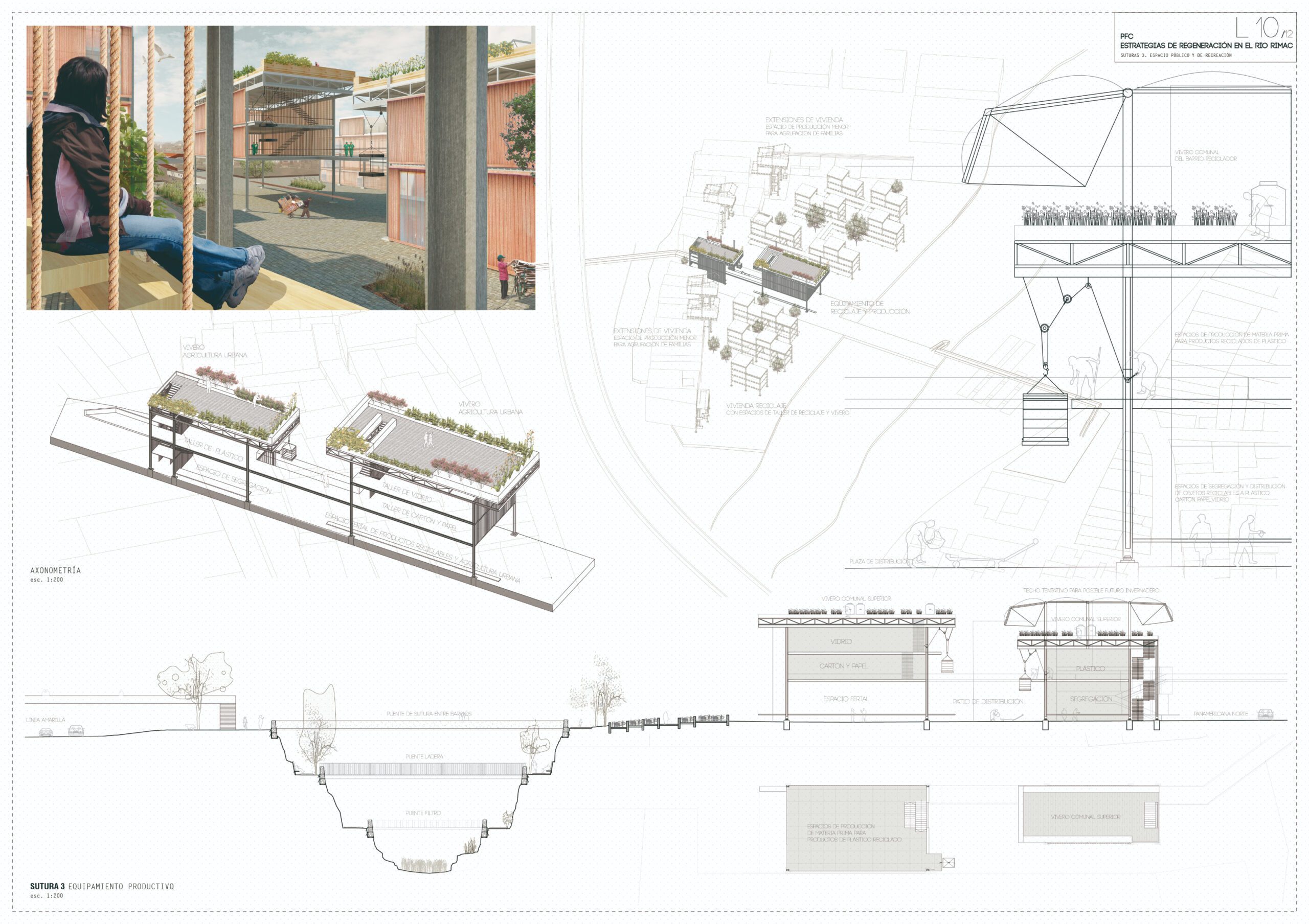 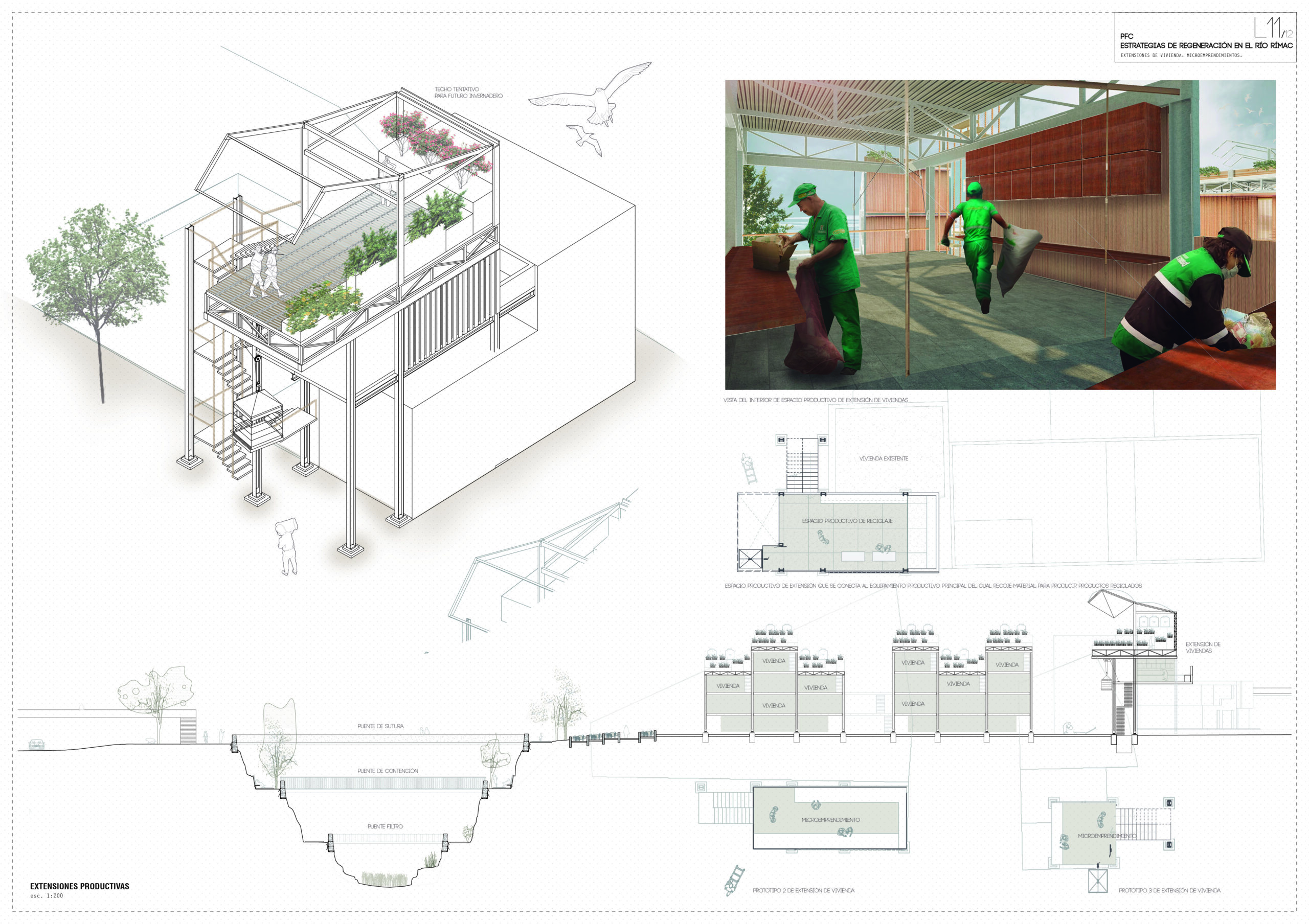 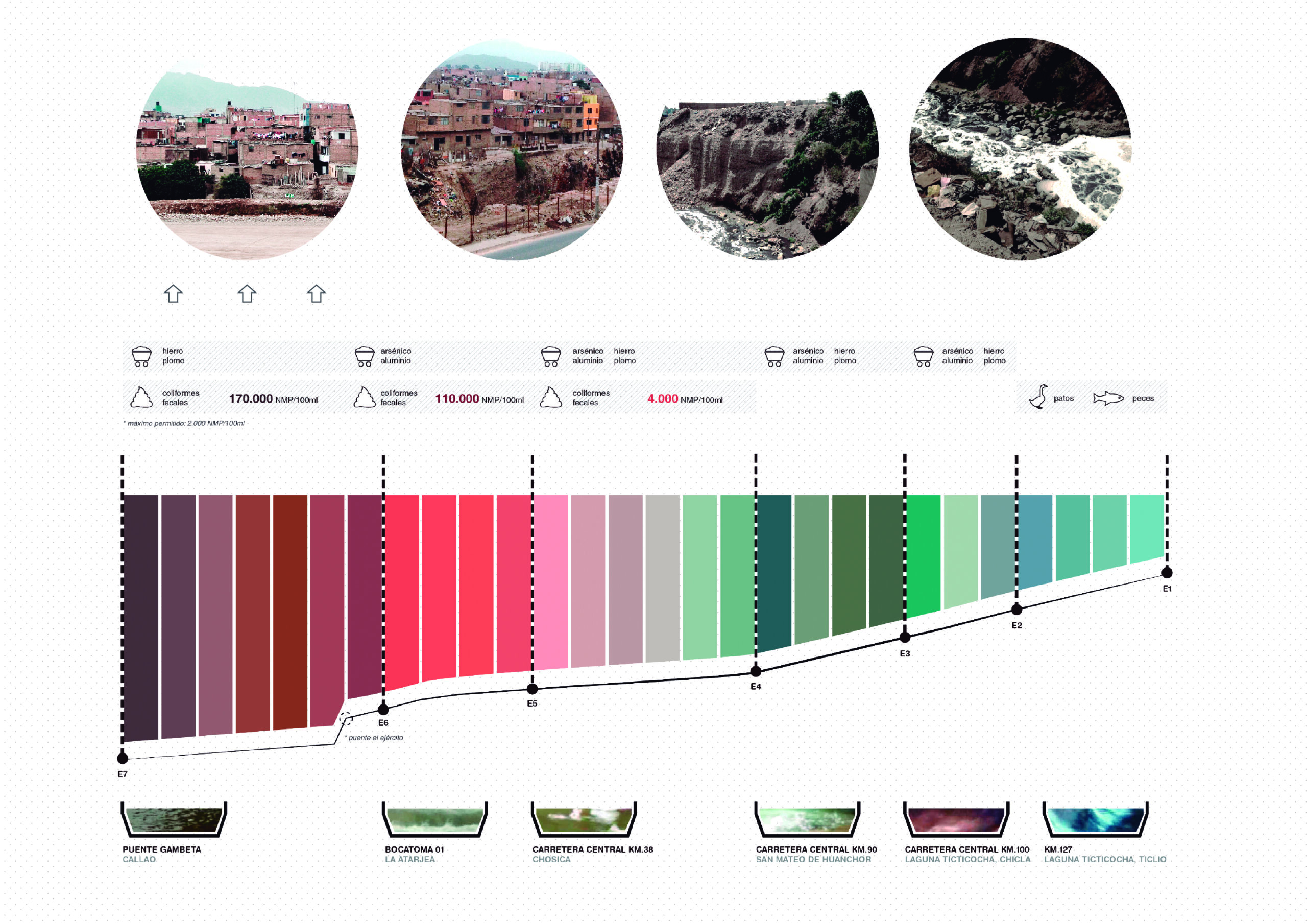 Project description as provided by the author:

The project was initiated by studying the 130 km. of the route of the Rímac river from its beginning in the mountains towards the sea.

Its state of total degradation is the main issue. The river route was divided and analyzed into sectors according to the intensity and agent of degradation (solid waste, erosion-flood, water contamination).
The last sector presented the highest contamination rates and was chosen as the place to start to build a replicable system to the other sectors of the river.

Based on this study, it is proposed to transform the Rímac river through urban-environmental regeneration structures.
Bridges are proposed at the bottom of the river that fulfil the function of filters through a system that allows the vertical movement of solid waste collectors.

On second level, transverse containment bridges are proposed between both margins that prevent erosion and collapse, in addition to longitudinal retaining walls that allow a public corridor with living spaces.

At the meeting of the surface with the river, bridges that allow the crossing of sutures are proposed, accompanied by social and productive facilities.