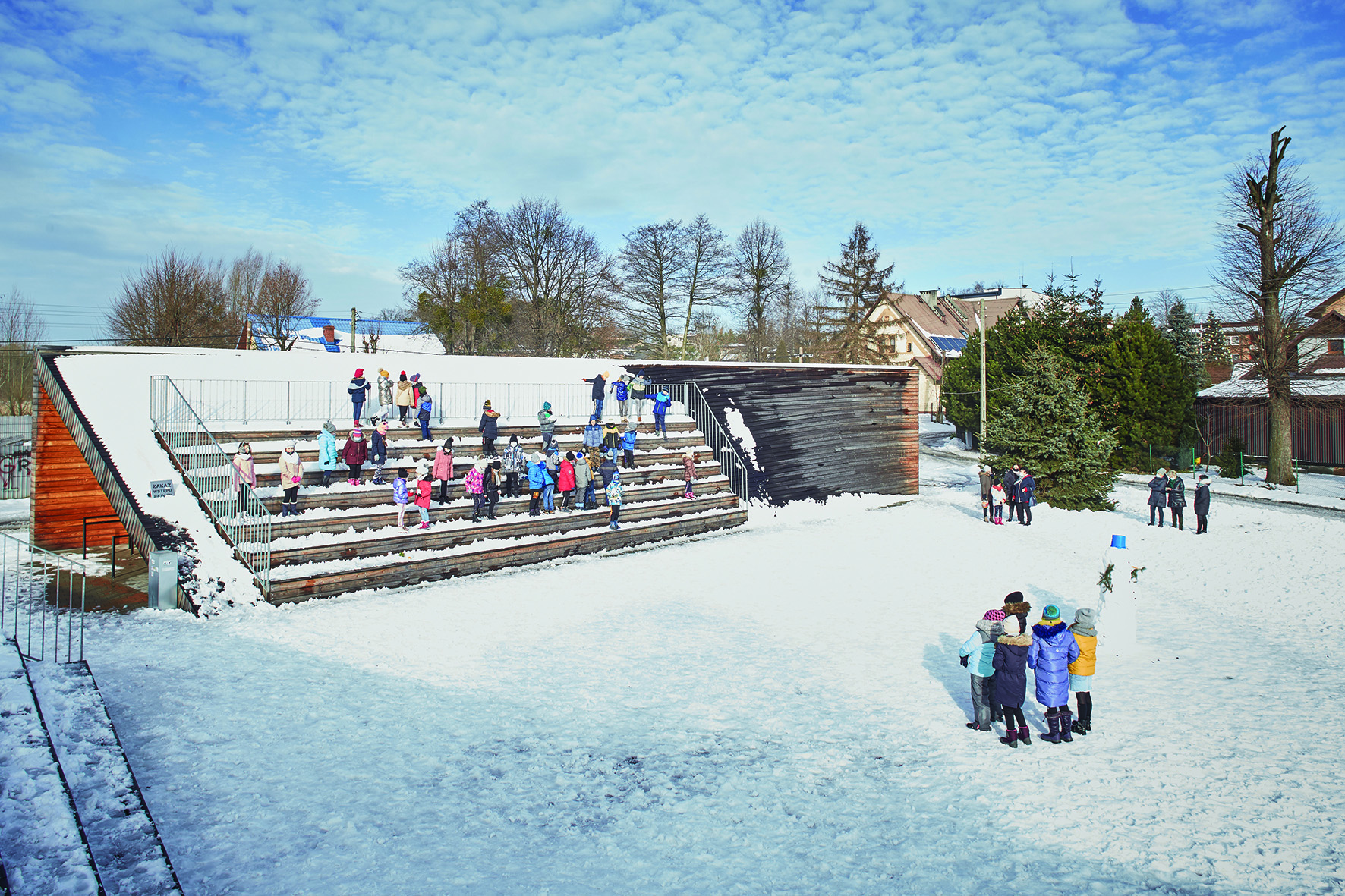 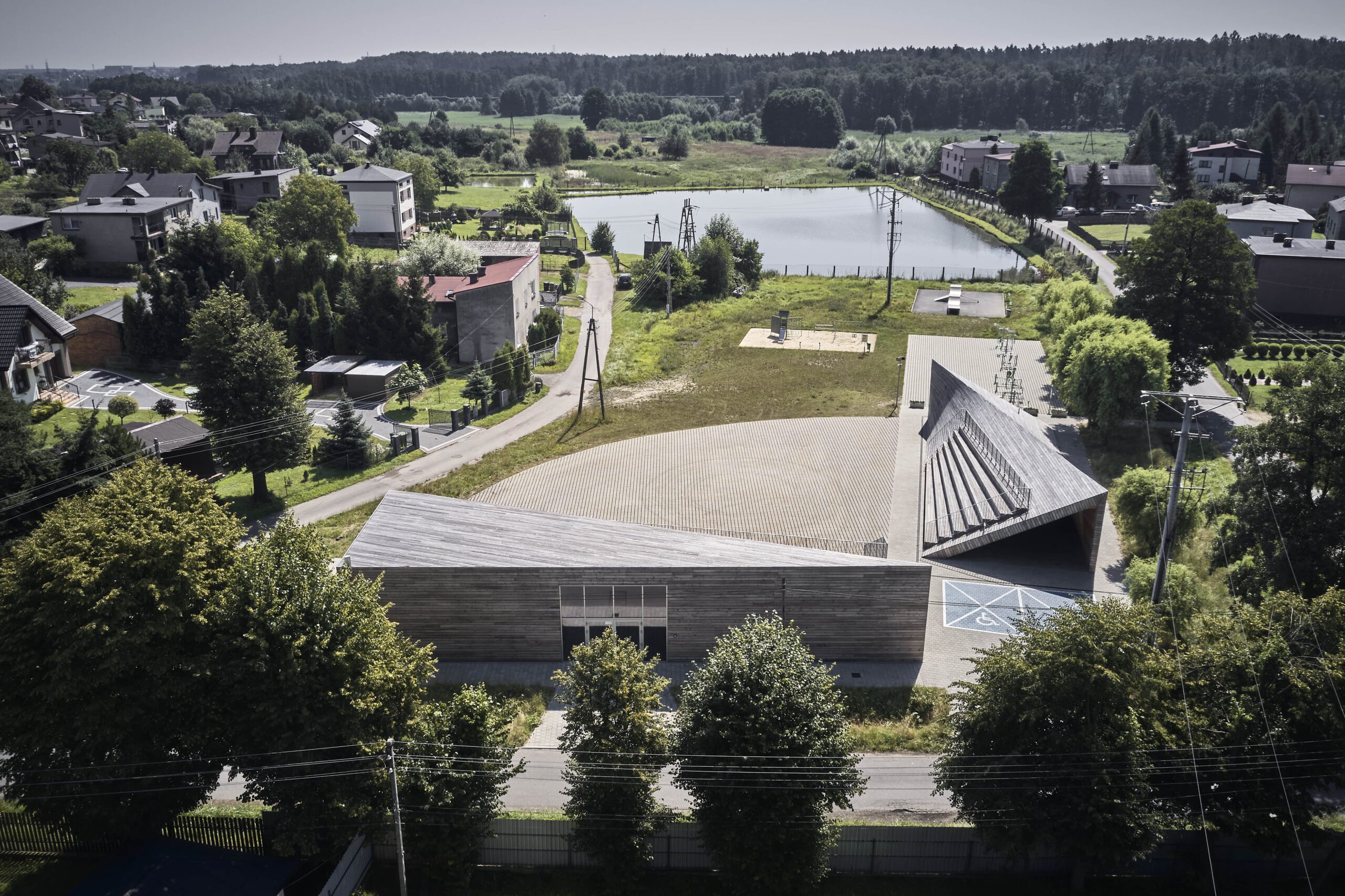 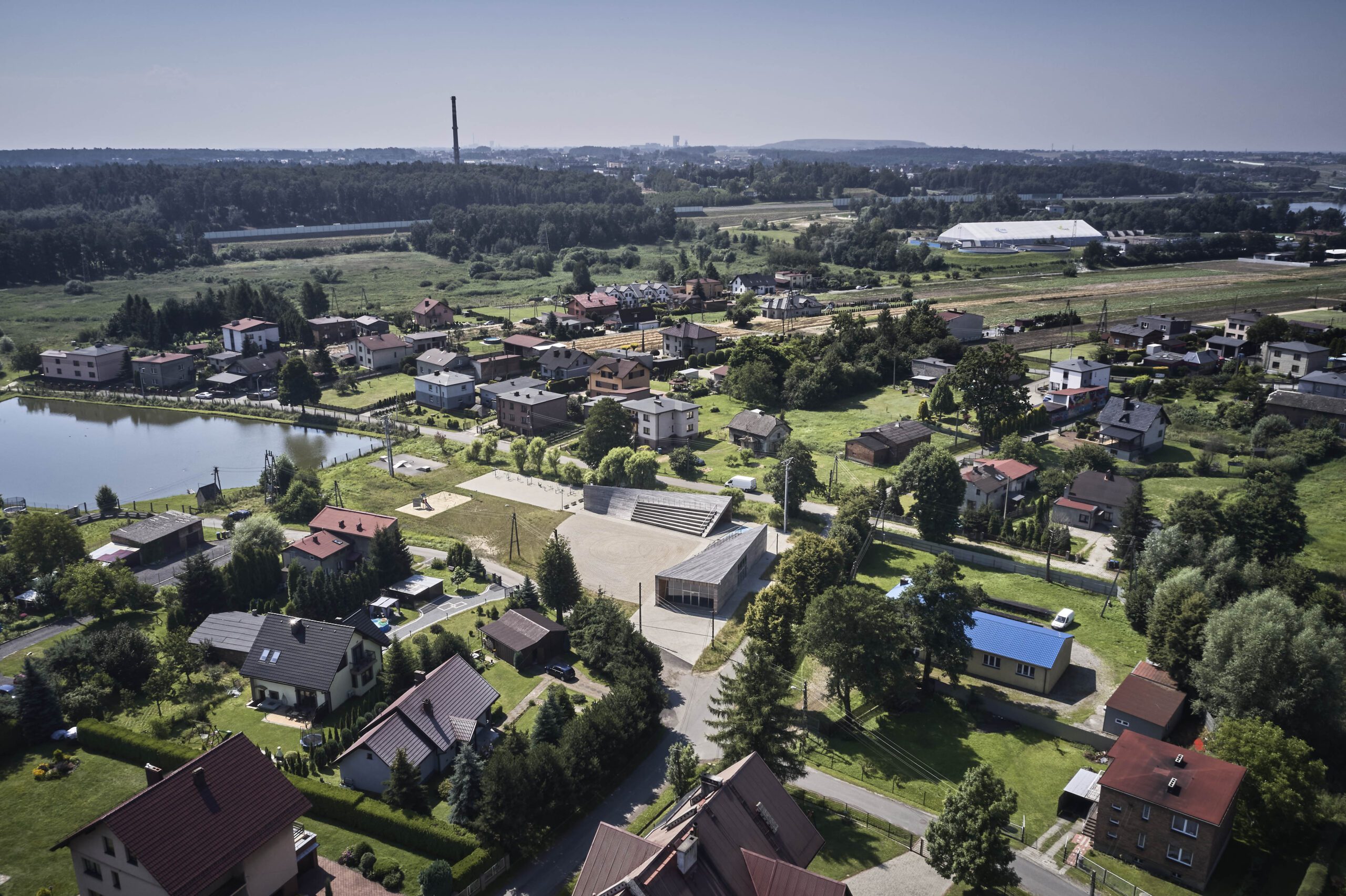 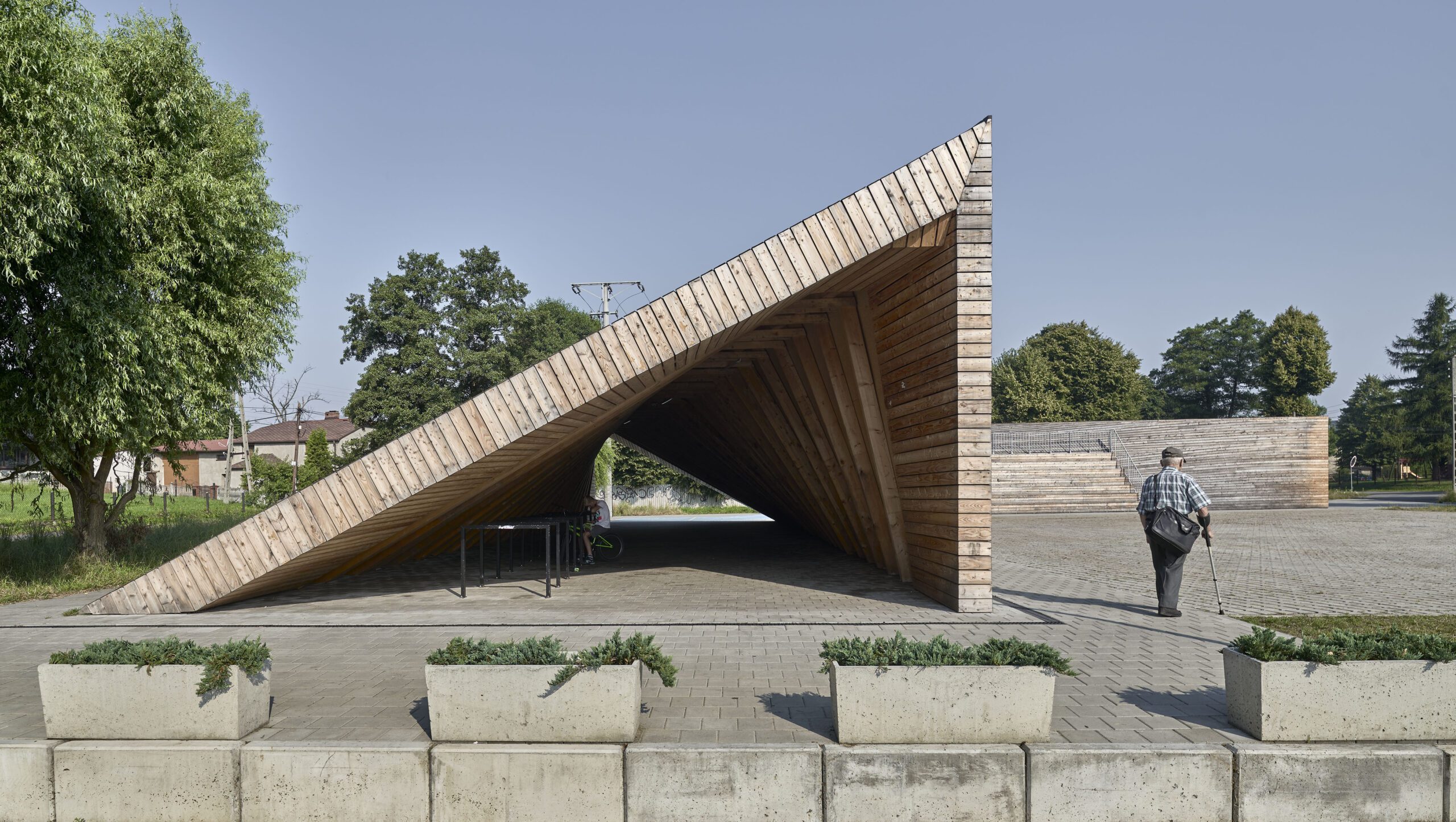 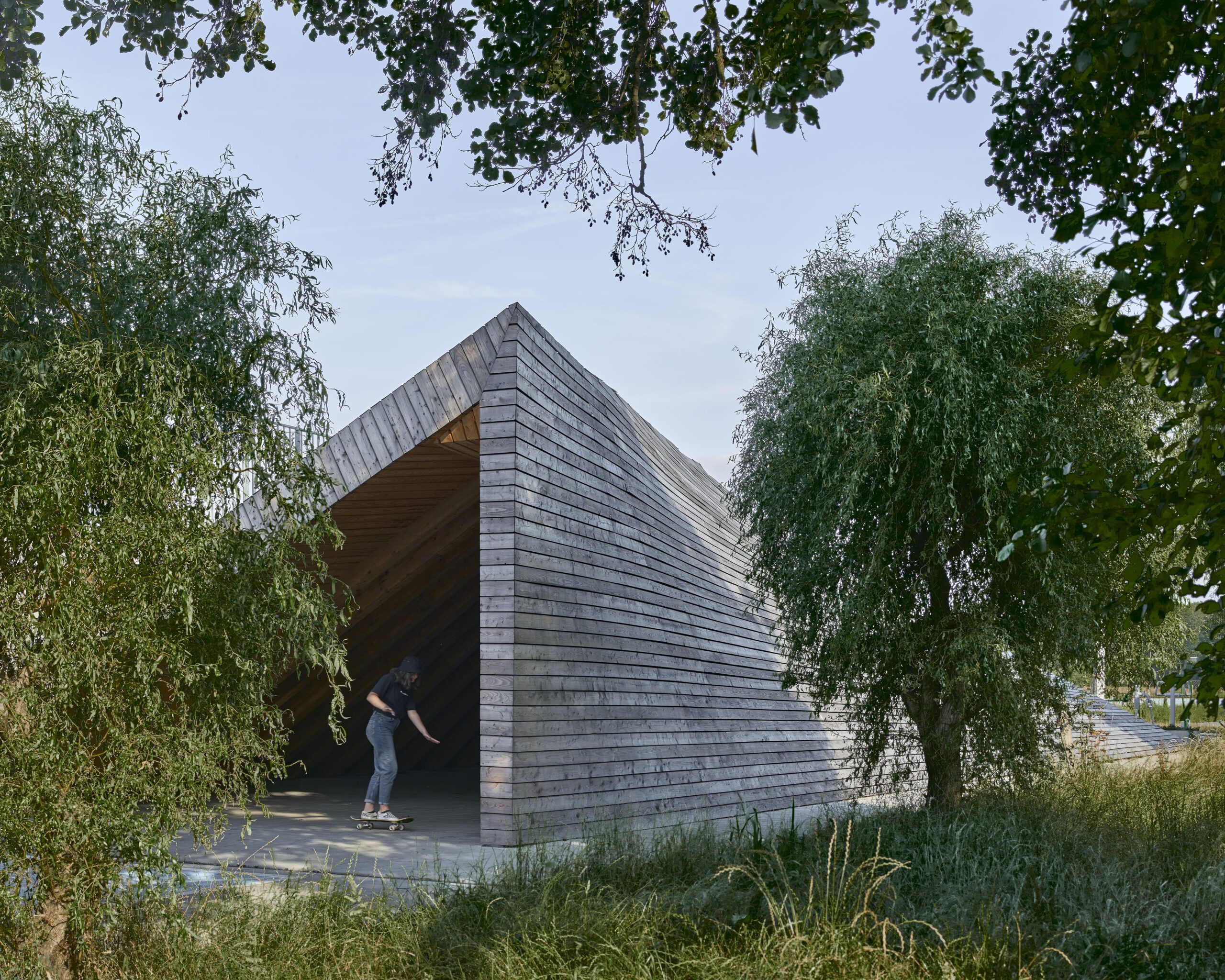 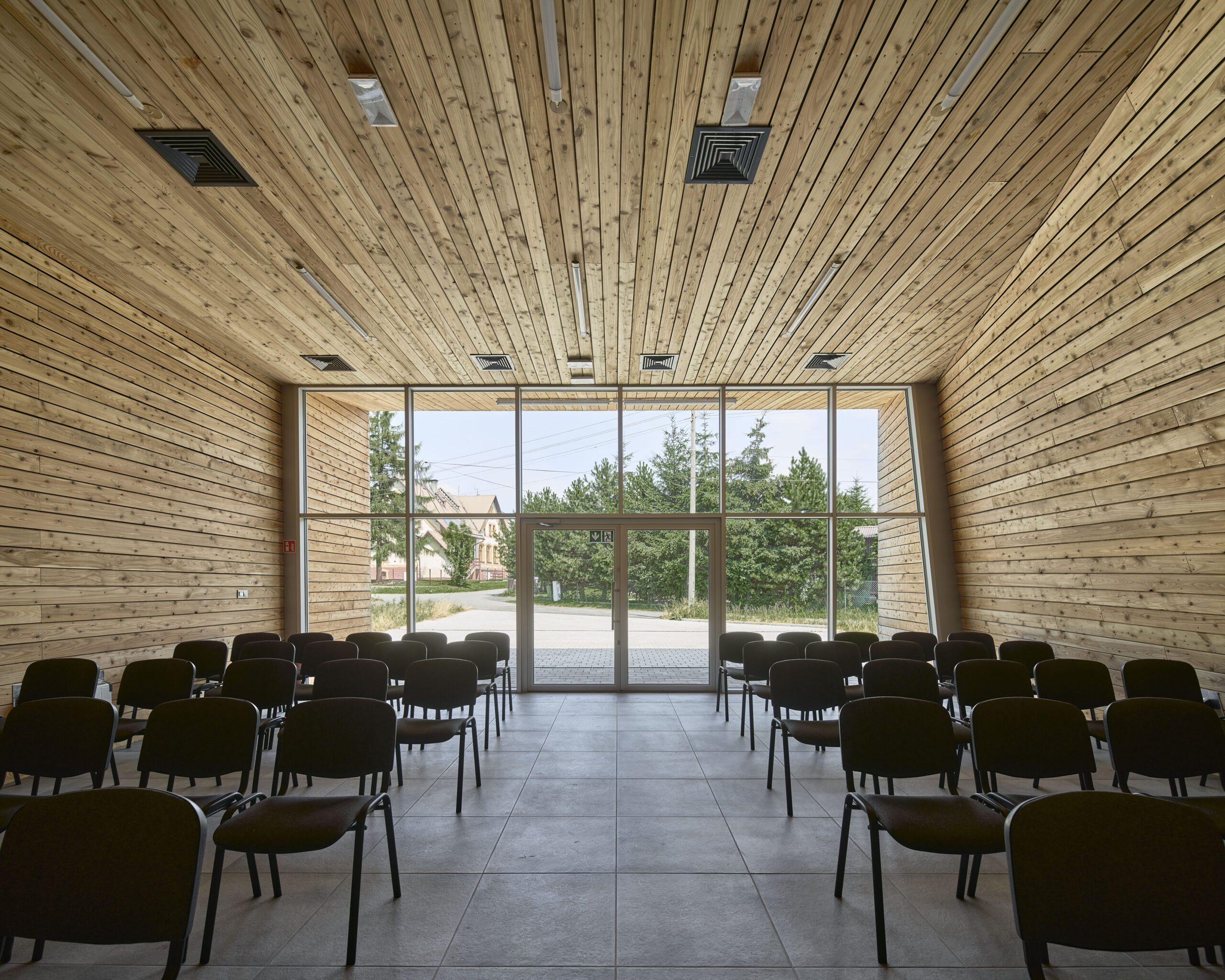 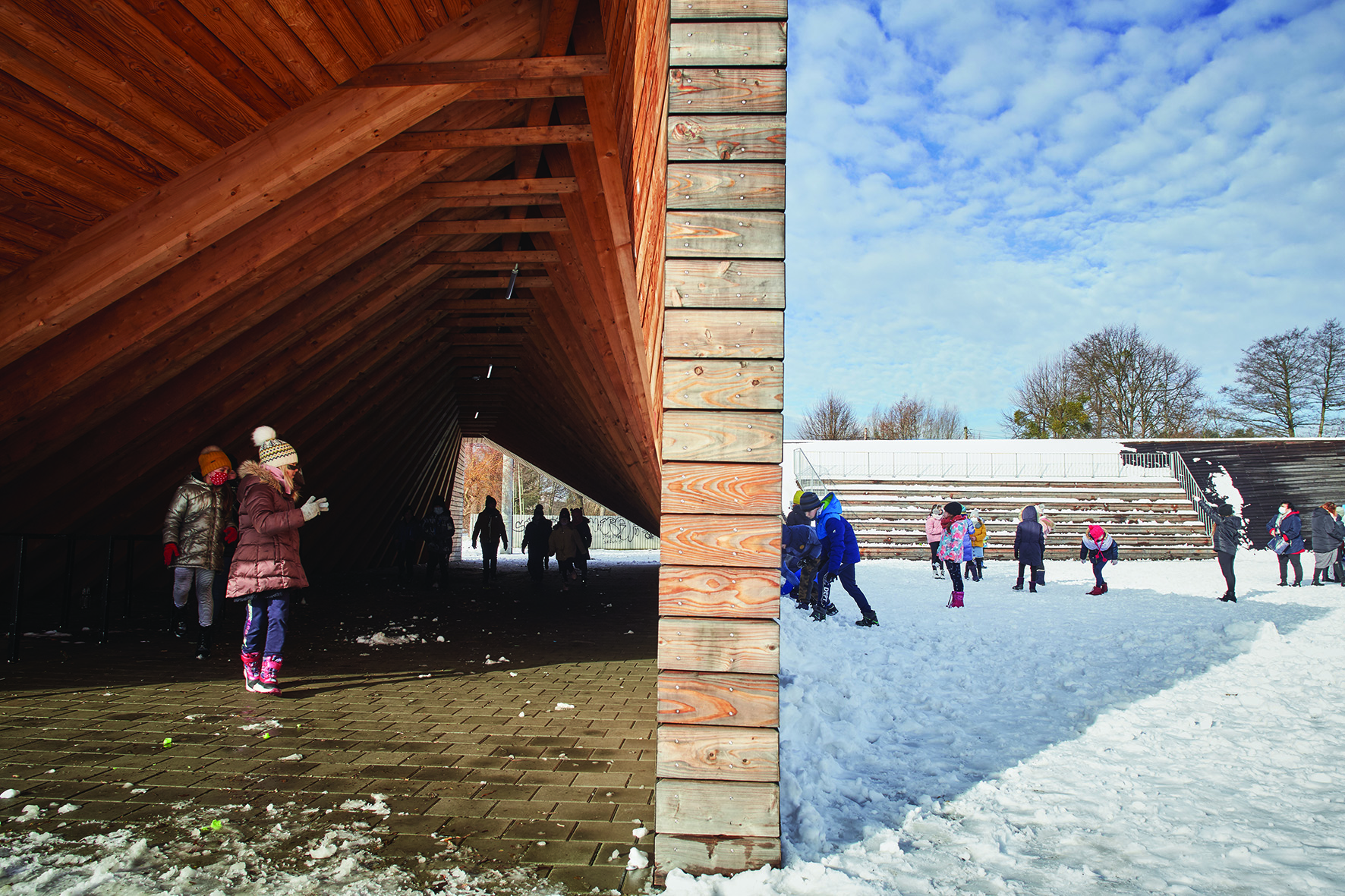 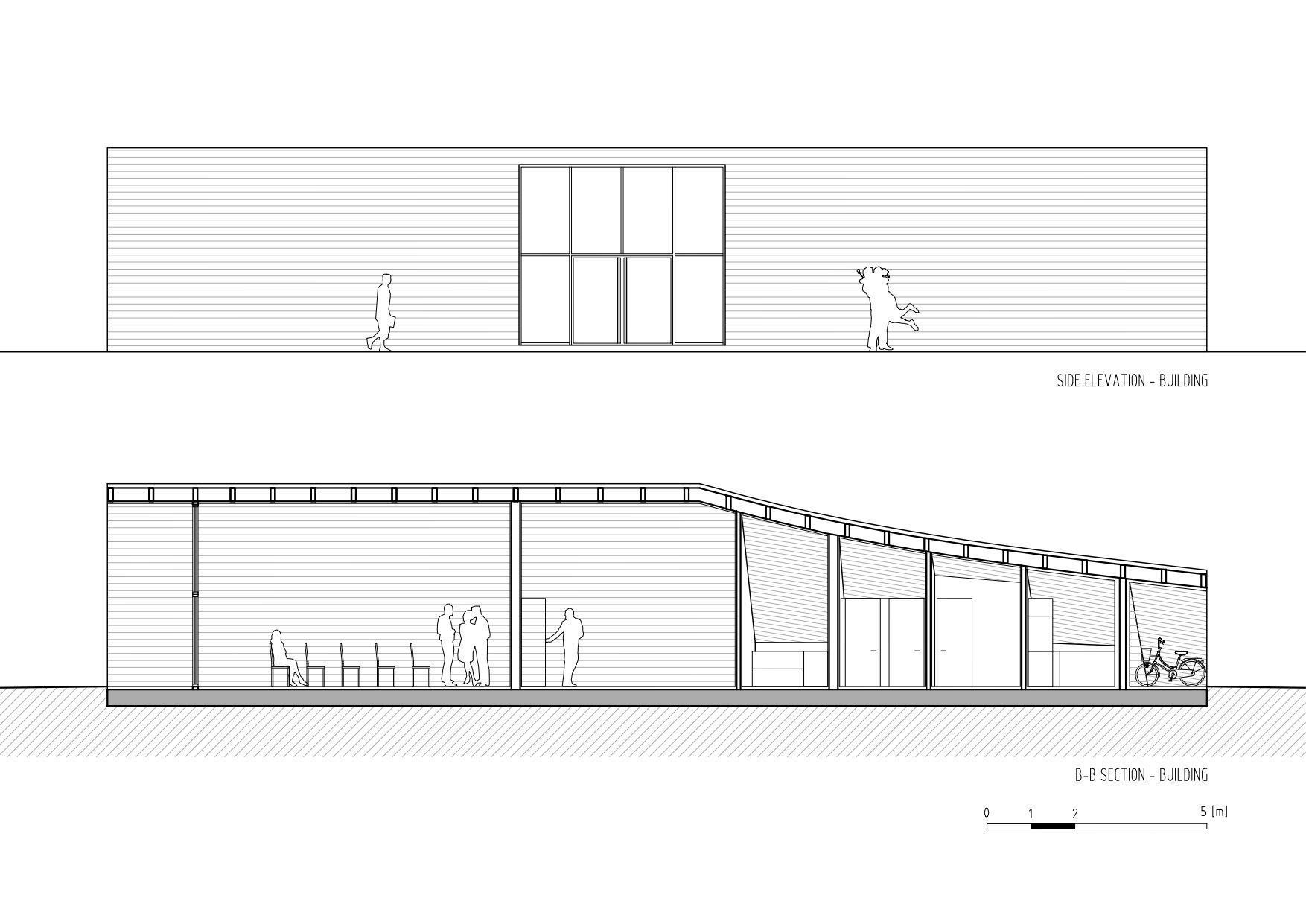 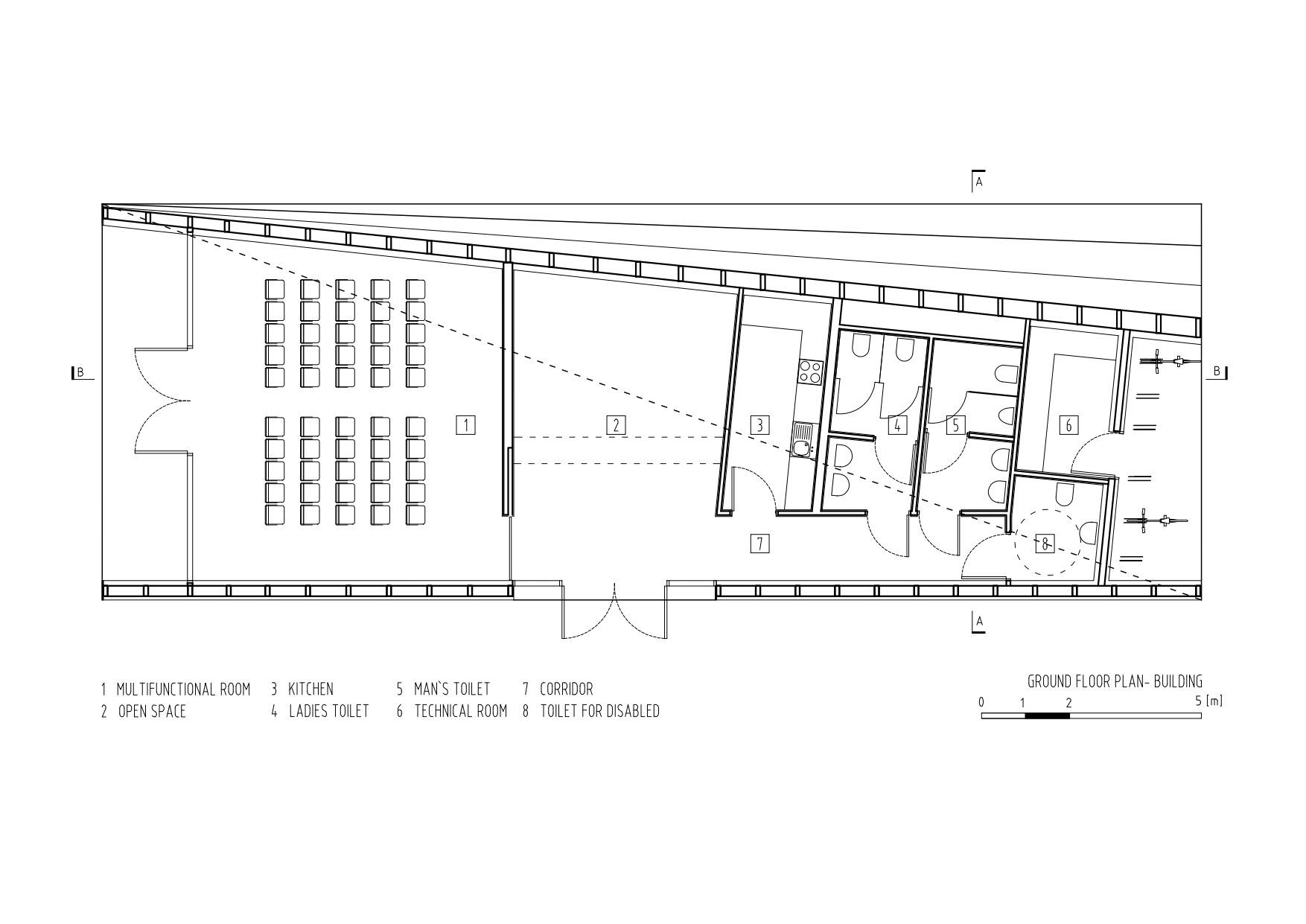 The Local Activity Center (LAC) is a project that aims to create a space that would be the focal point for the life of the local residents and enable them to integrate. The architecture of the background, modest and blending into the surroundings, creates space rather than being the visible cubature itself. A place available to everyone, “at your fingertips”, encouraging people to leave their homes, socialize and strengthen the bonds both with one another and – through the symbolism of the place and the shape of the buildings – between the district and the city.

The project scope is to cover most of the districts, but in the first instance three of them were selected: Kłokocin, Ochojec, Paruszowiec. Each location has its own specific character, therefore the challenge was to create a universal building – a symbol identifying the city with the district, but also flexible enough to be adapted to the different context of the place. The presented project meets these expectations on several levels – mainly form and function – which can be modified depending on the needs and the situation.

The structure of the building is based on a rectangular plan with a twisted roof surface. It also fulfills a utilitarian function through the design of the integrated seats, that can be used both during outdoor events as stands and in everyday use as resting places.

The horizontal edge of the roof on one side of the building’s facade conveys reference to flat roof developments, whereas the slant obtained by twisting the roof structure – to buildings with sloping roofs. Also in this way the building blends in with its surroundings.

The possibility of free shaping of the structures, as well as the mutual positioning of objects in relation to each other and at the same time maintaining the character and expression, shows the versatility of the project and the possibility of its adaptation in any location.

The project was conceived as low-budget it had to be modest, but at the same time functional and universal – the more so because the completed pilot project is to be continued in the next 27 districts of the city, which are very diverse in terms of building characteristics as well as social, functional and spatial phenomena.

The twisted shape turned out to be so simple that it was made by local contractors who had not previously dealt with carpentry work. The consistency of material is complemented by the façade covered with larch planks, which turn gray over time, making the buildings blend in even more with the surroundings. The materials used come from the local manufacturers, which made the transport costs low.

The project was realized in a meadow and efforts were made to interfere with the existing environment as little as possible and leave it in its natural form. During the implementation no trees were cut down, the buildings occupy a relatively small area, there is concrete grid paving around them that does not disturb the water management in this area.

Link to the project on the architect / engineer website: https://mwarchitekci.pl/1701-cal/