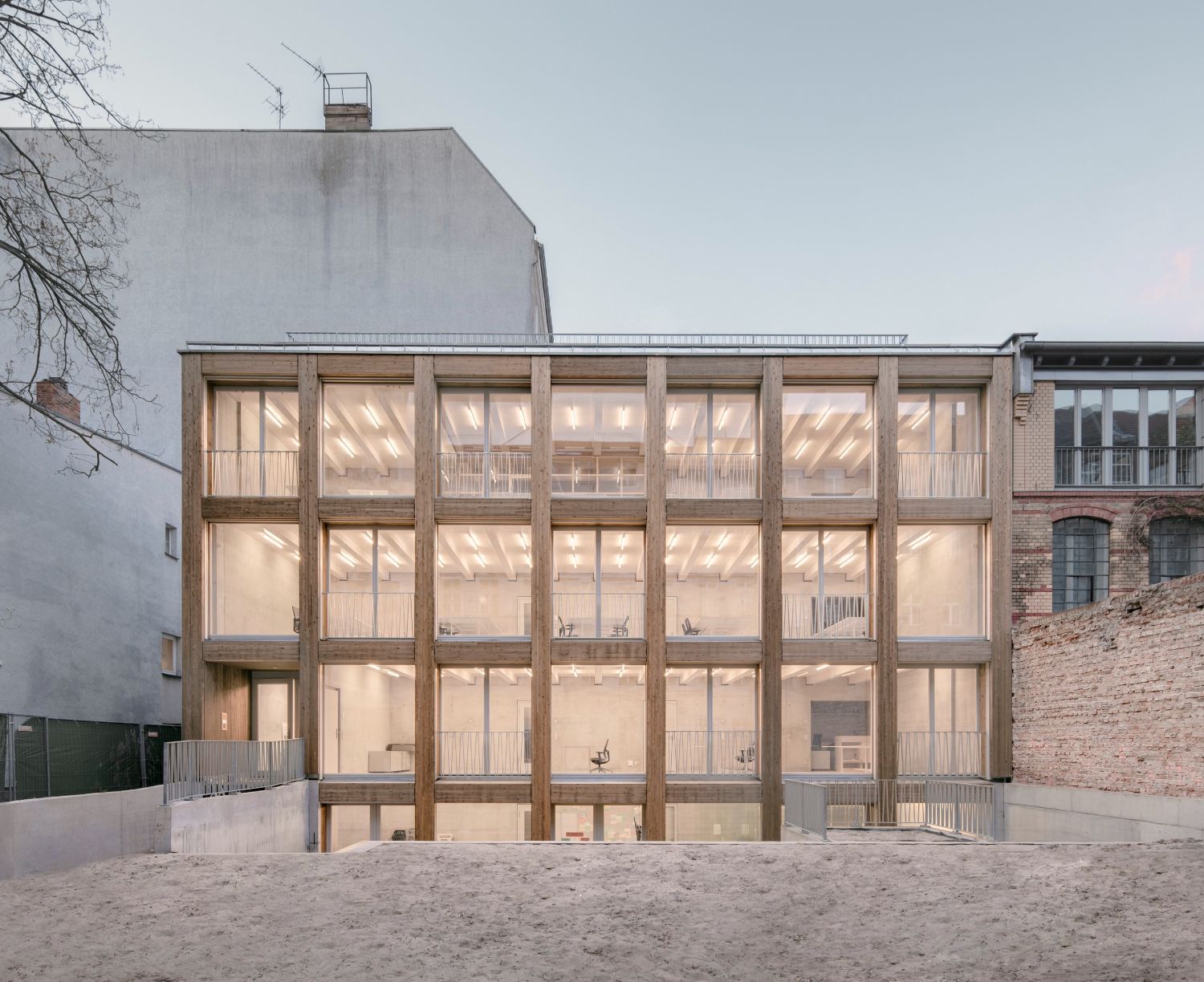 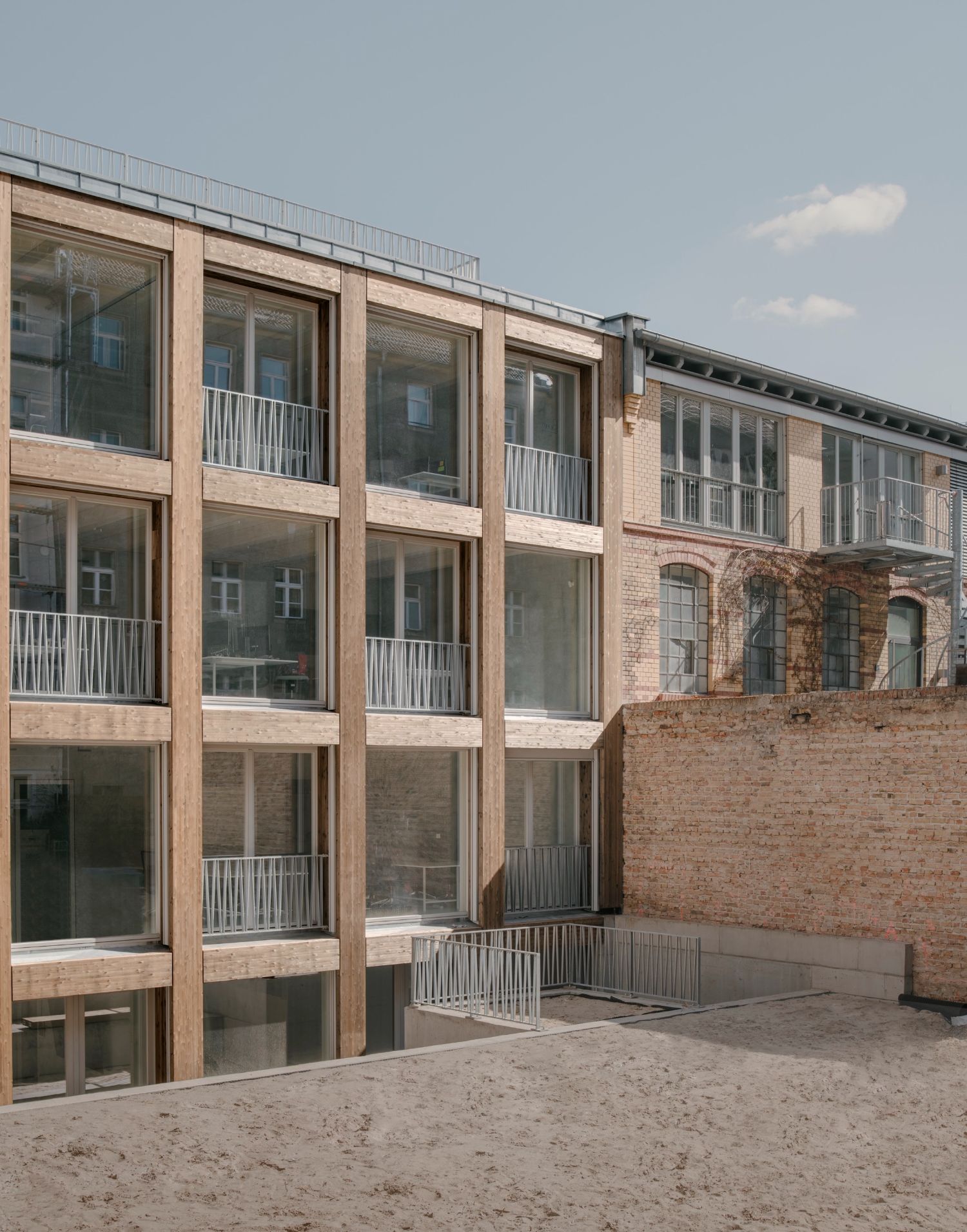 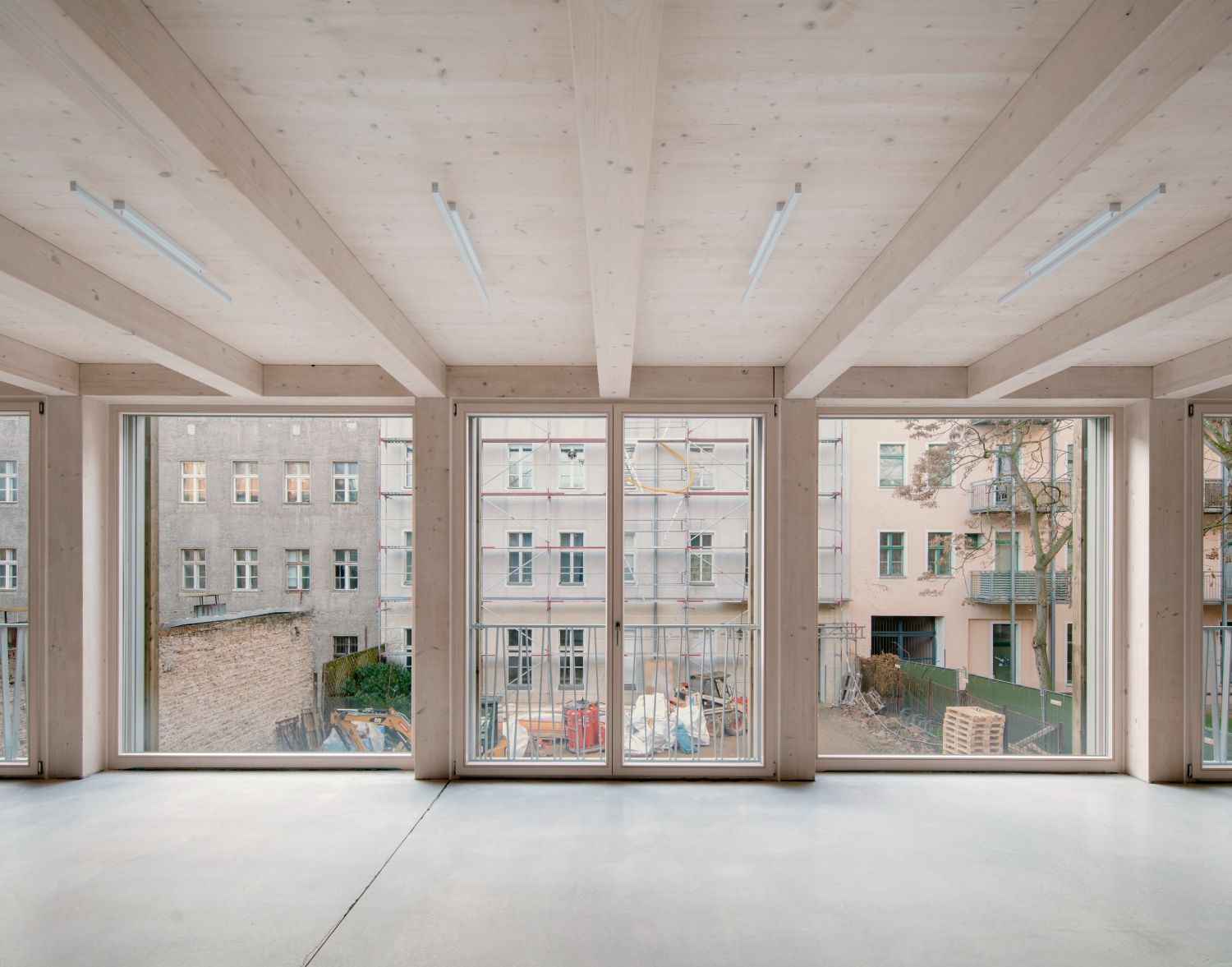 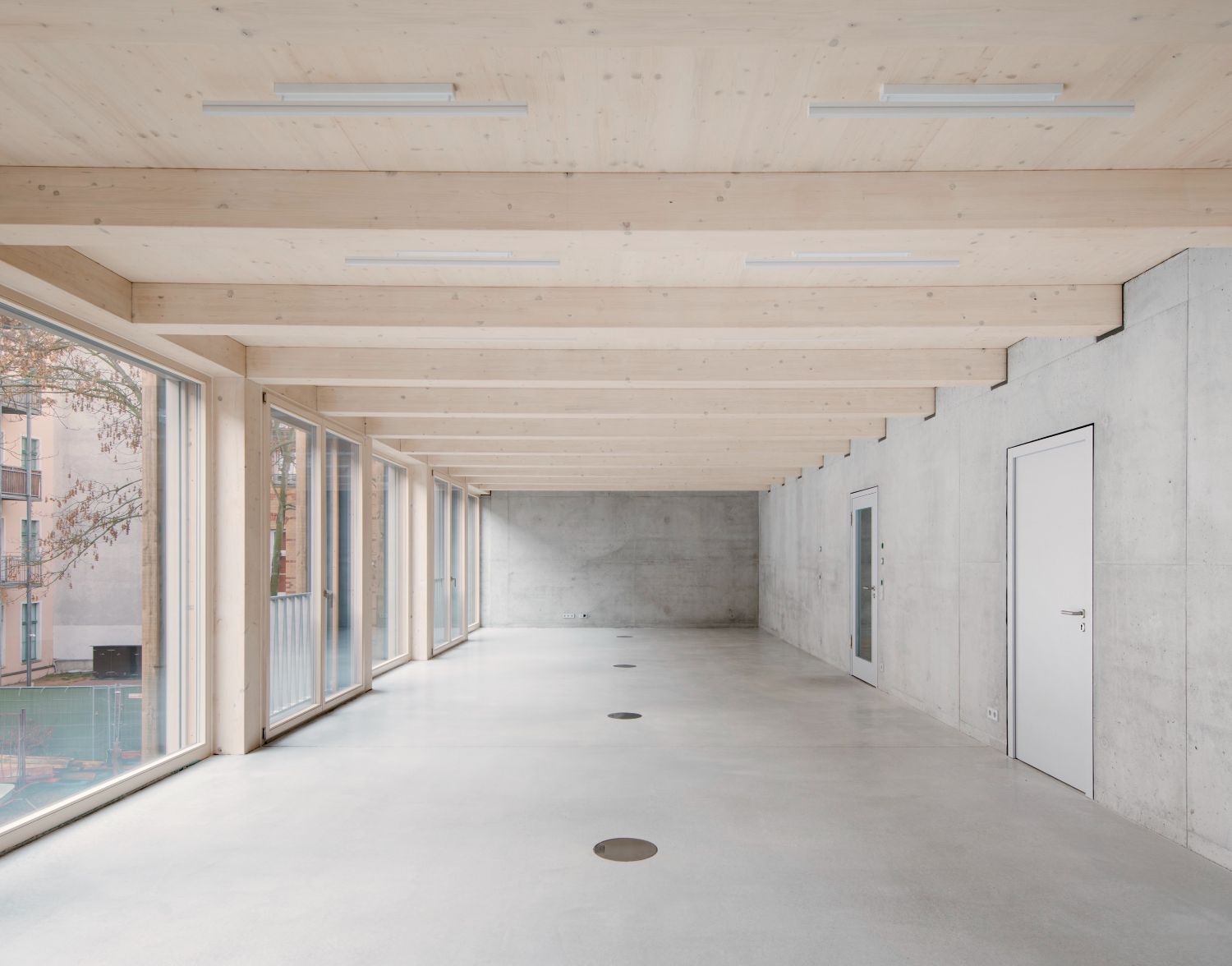 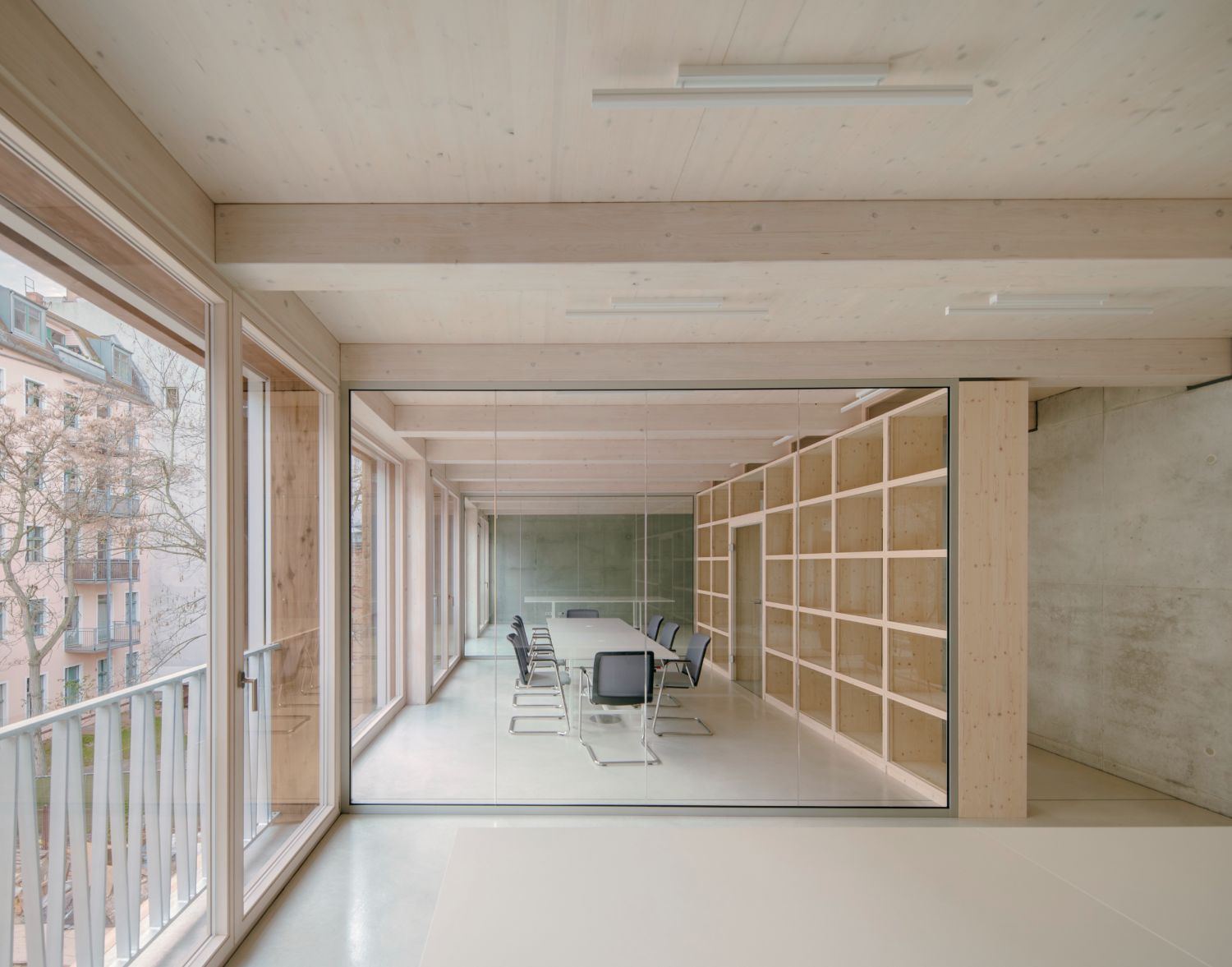 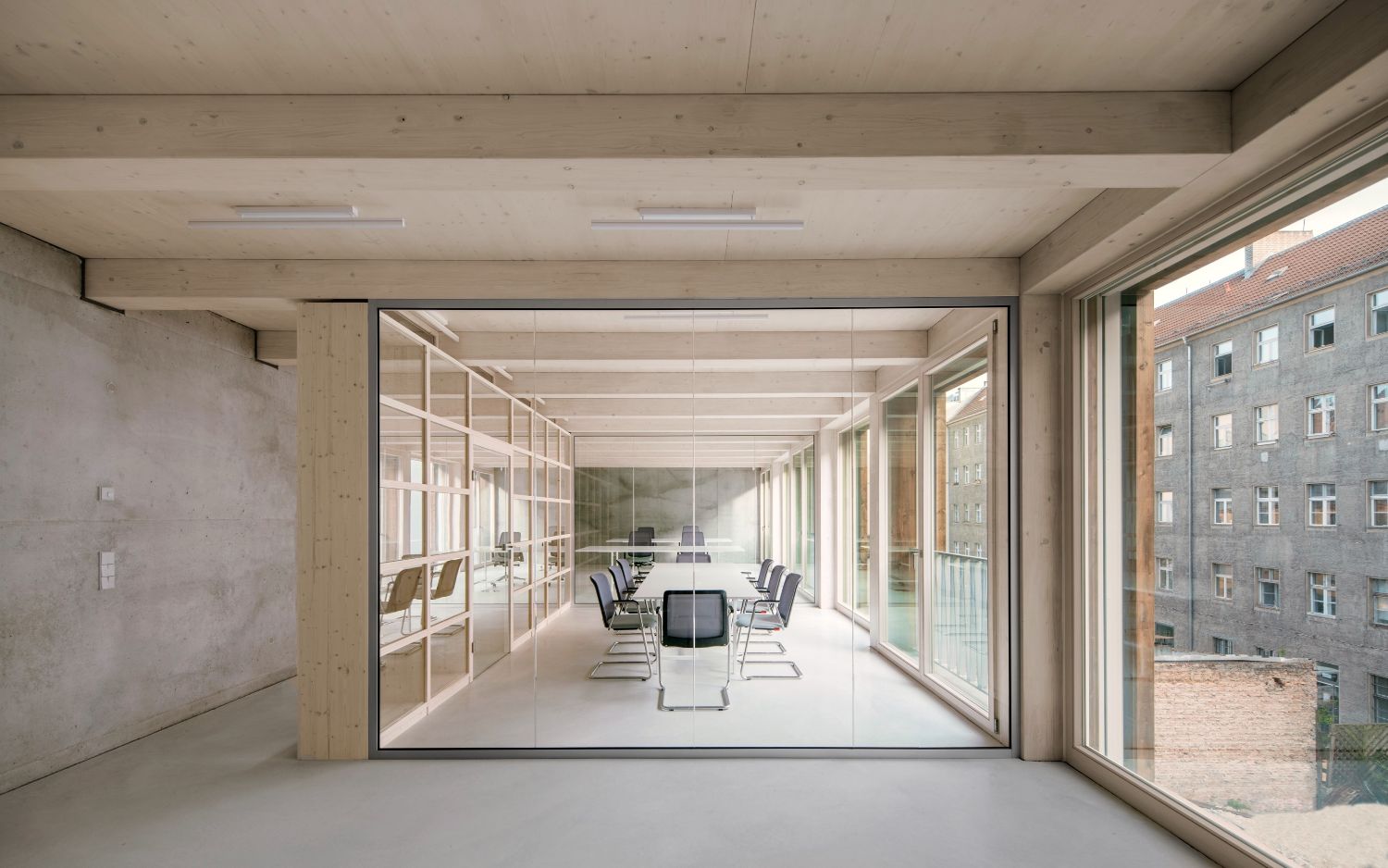 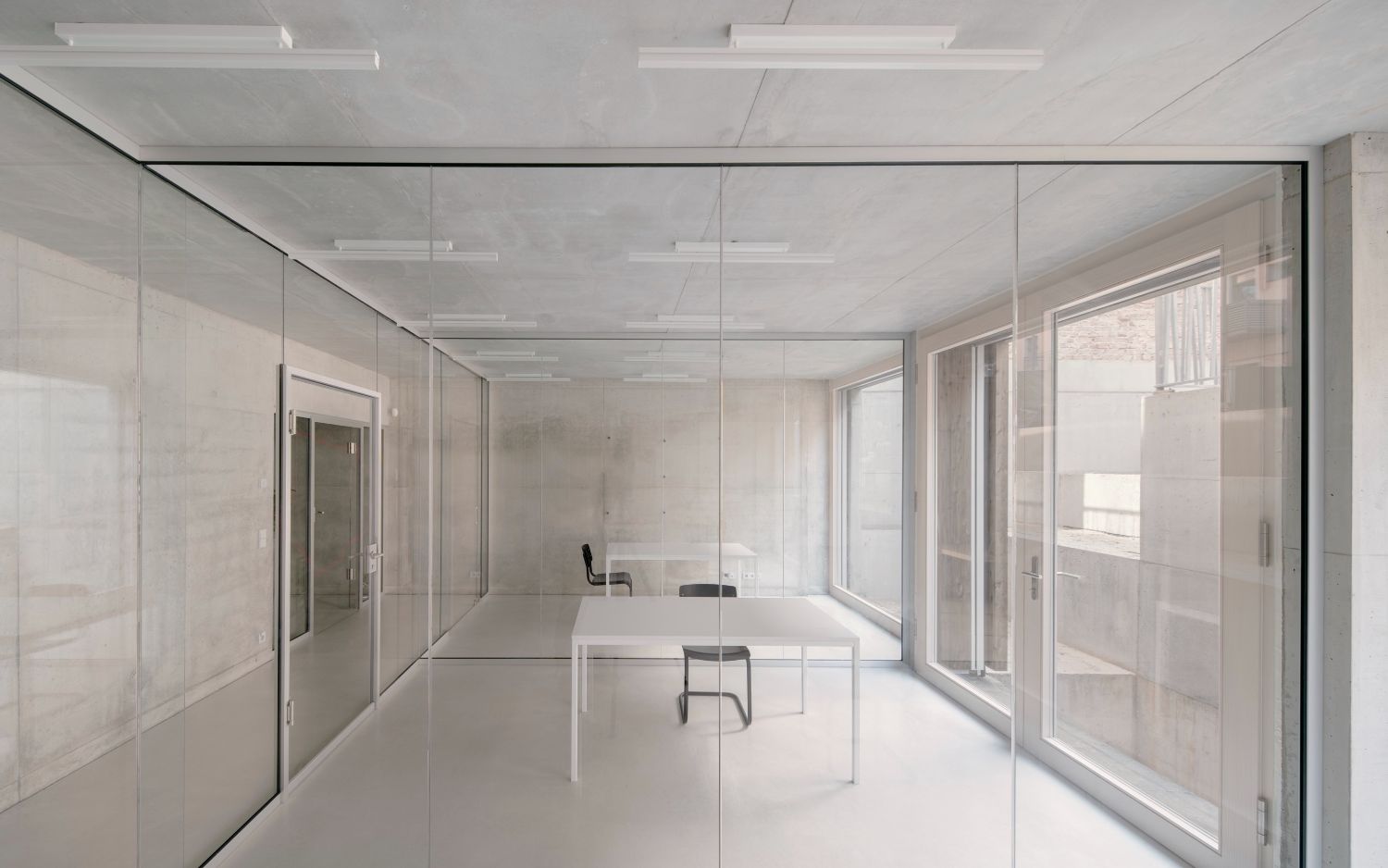 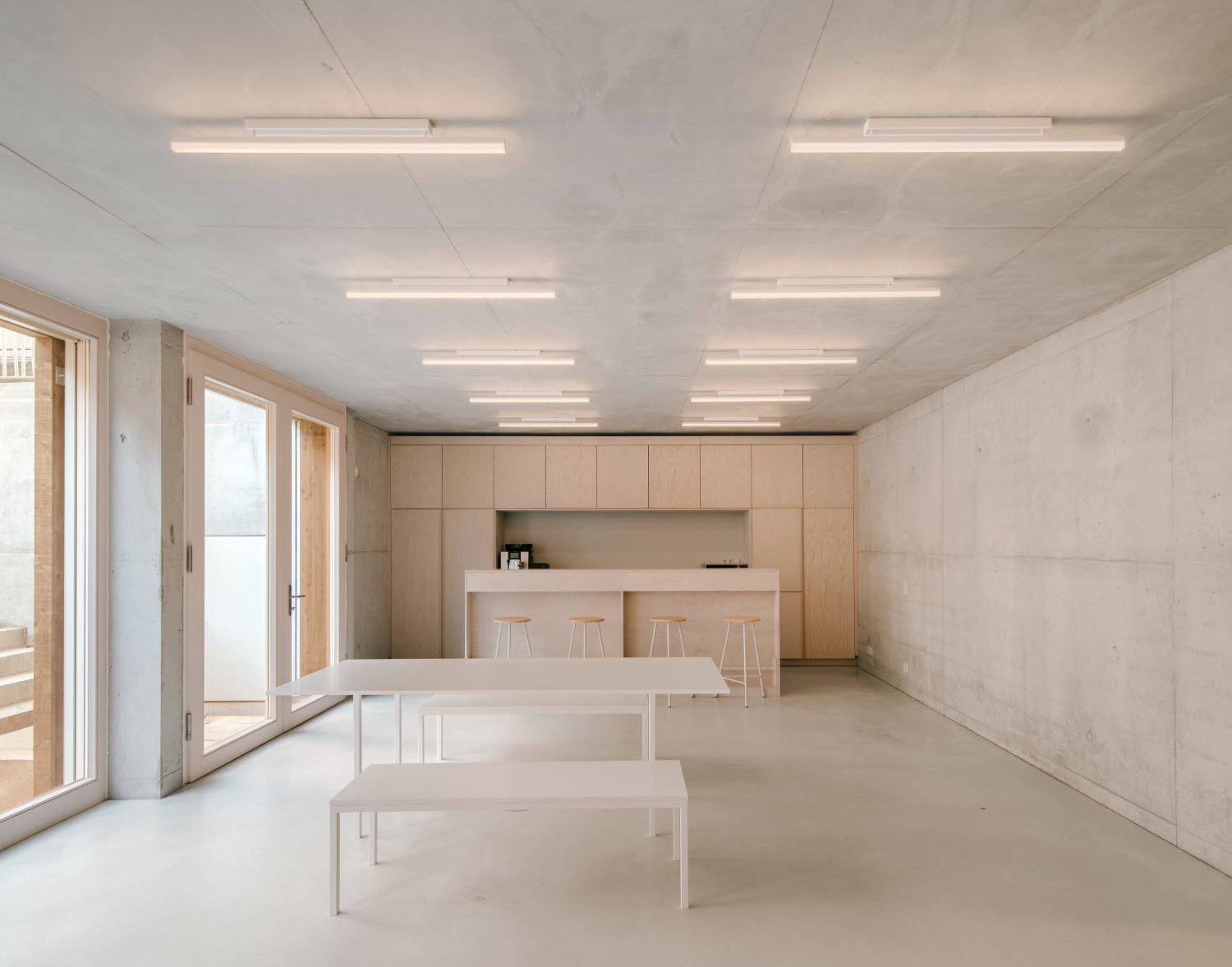 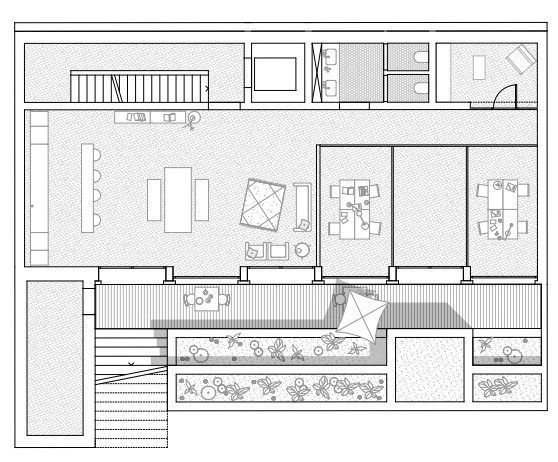 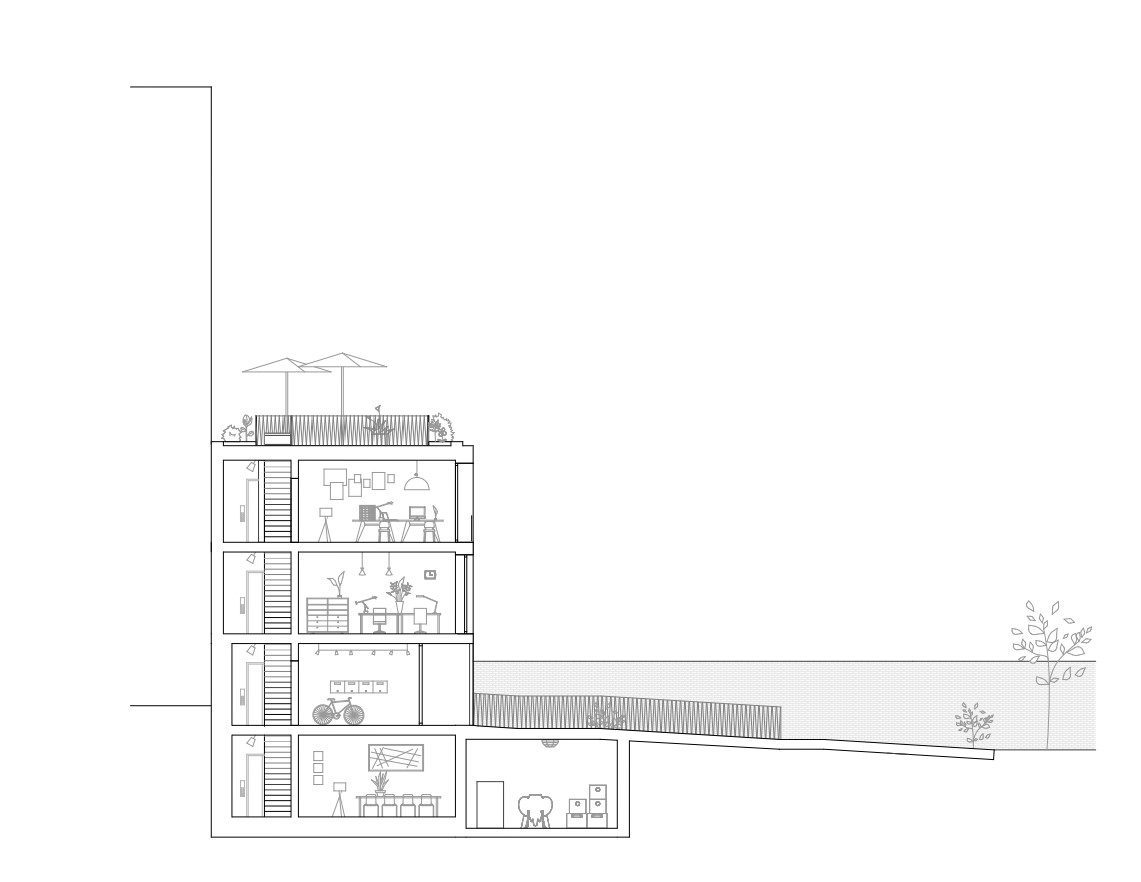 The site for a start-up Remise (a tenement-block outhouse, historically a workshop-cum-carriage house) at Immanuelkirchstraße is situated in the Prenzlauer Berg district. It in turn rests, geologically, entirely on the ground moraines of the Barnim Plateau. Eighty per cent of the existing building was erected over a hundred years ago (ca. 1890–1905). The structure was always the same: a front building, a back building and then a Remise, the outhouse. The occupancy mix was vibrant.

While the front and back buildings were used for living, artisans plied their trades in the Remise: carpenters, saddlers, locksmiths, printers, bakers. Many of the necessities for life were manufactured on-the-spot. Although the apartments remain, the trades have long disappeared, replaced by graphic designers, programmers, planners and others. The idea of a multi-use urban environment has finally reappeared again. Some people would say, “Great idea! But the thing with the Barnim Plateau ground moraines is really irrelevant.” Not so. Without it the basement level would be constantly flooded with water. Knowledge gleaned from the past almost always helps.

The building project REMISE is a reproduction of the archetype of a Wilhelminian coach house, which was demolished in the 1990s. The space between the coach house and the existing building is now used as a garden.
Four office spaces are created in the REMISE, each of which extends over one floor and can be divided individually using drywalls. A roof terrace allows the users to relax in the sun. The illumination takes place through the large glass facade which creates small balconies by playing with the window positions. Based on a hybrid construction, made of reinforced concrete and wood, the REMISE benefits from the qualities of both materials. The walls were made as structural elements from exposed concrete. In addition, all ceilings were made in a composite building technique: the prefabricated, wooden ceiling beams are placed in the recesses of the concrete walls and provided with slab, on which in turn a layer of concrete is applied.
The ceiling construction remains visible in the interior and contributes significantly to the special atmosphere of the rooms. In terms of energy, construction time and lifespan, it became clear that a hybrid construction with wood was superior to a classic solid construction in this project.

Link to the project on the architect / engineer website: https://jwa.berlin/en/immanuelkirchstrasse/