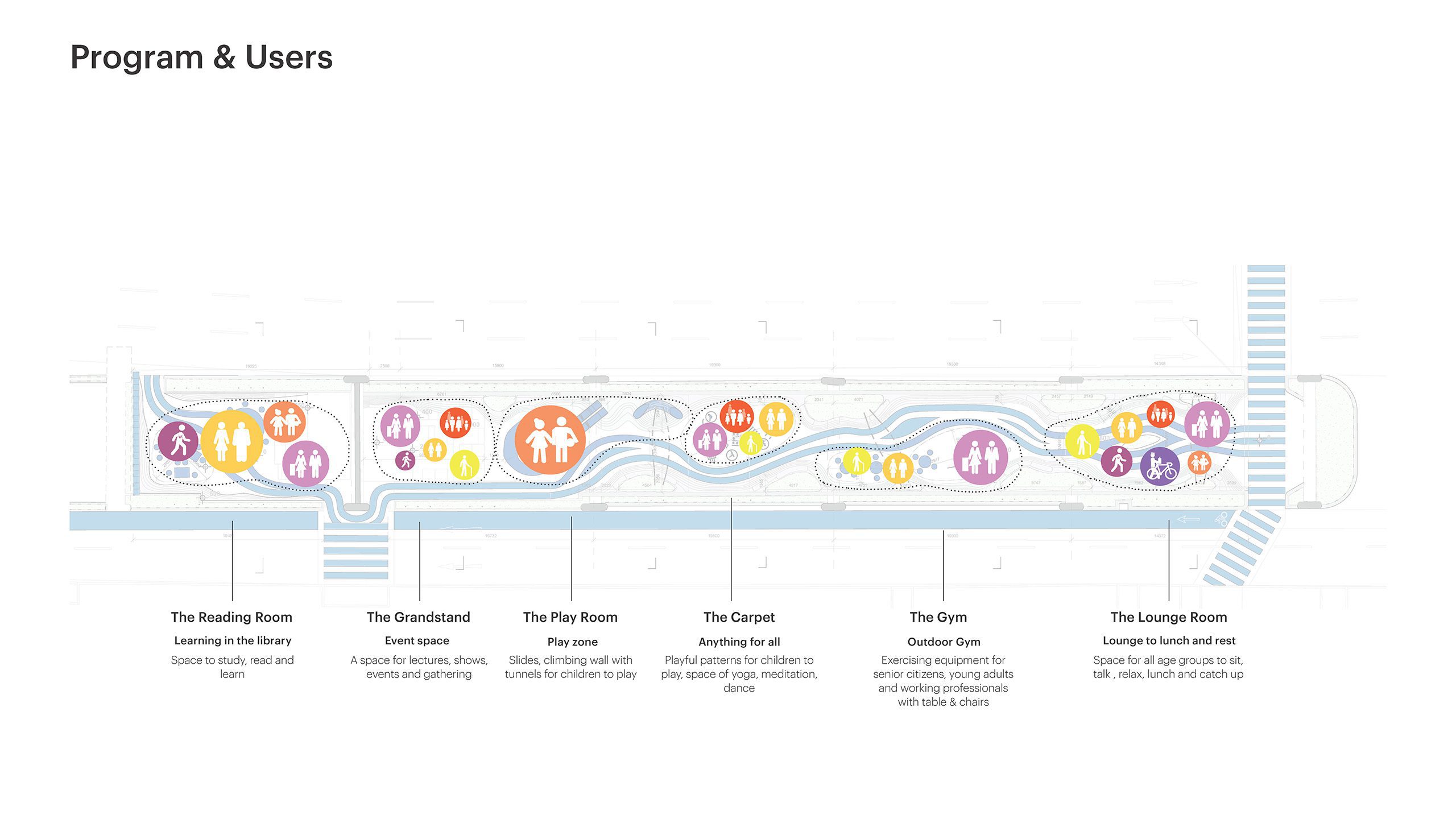 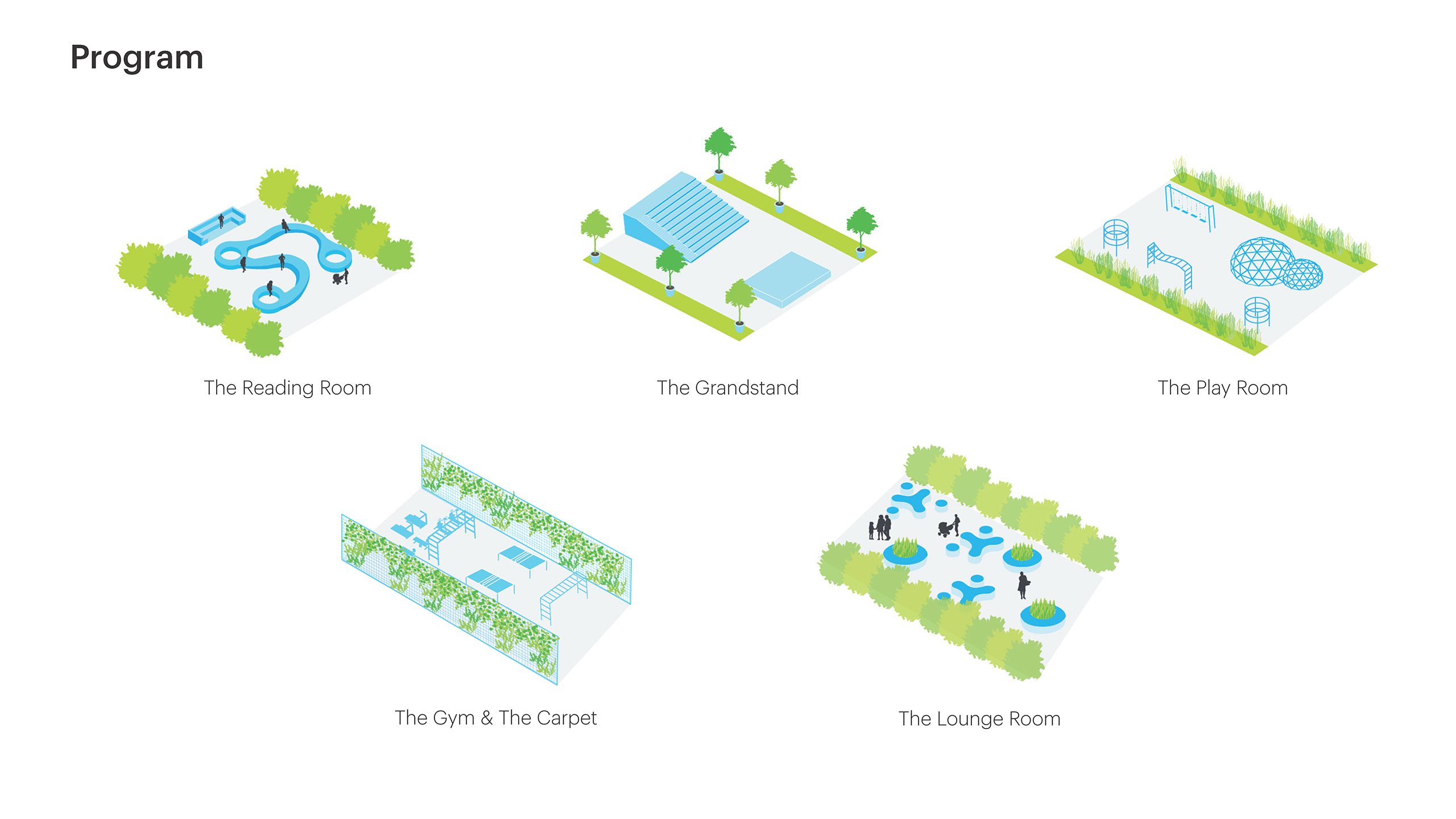 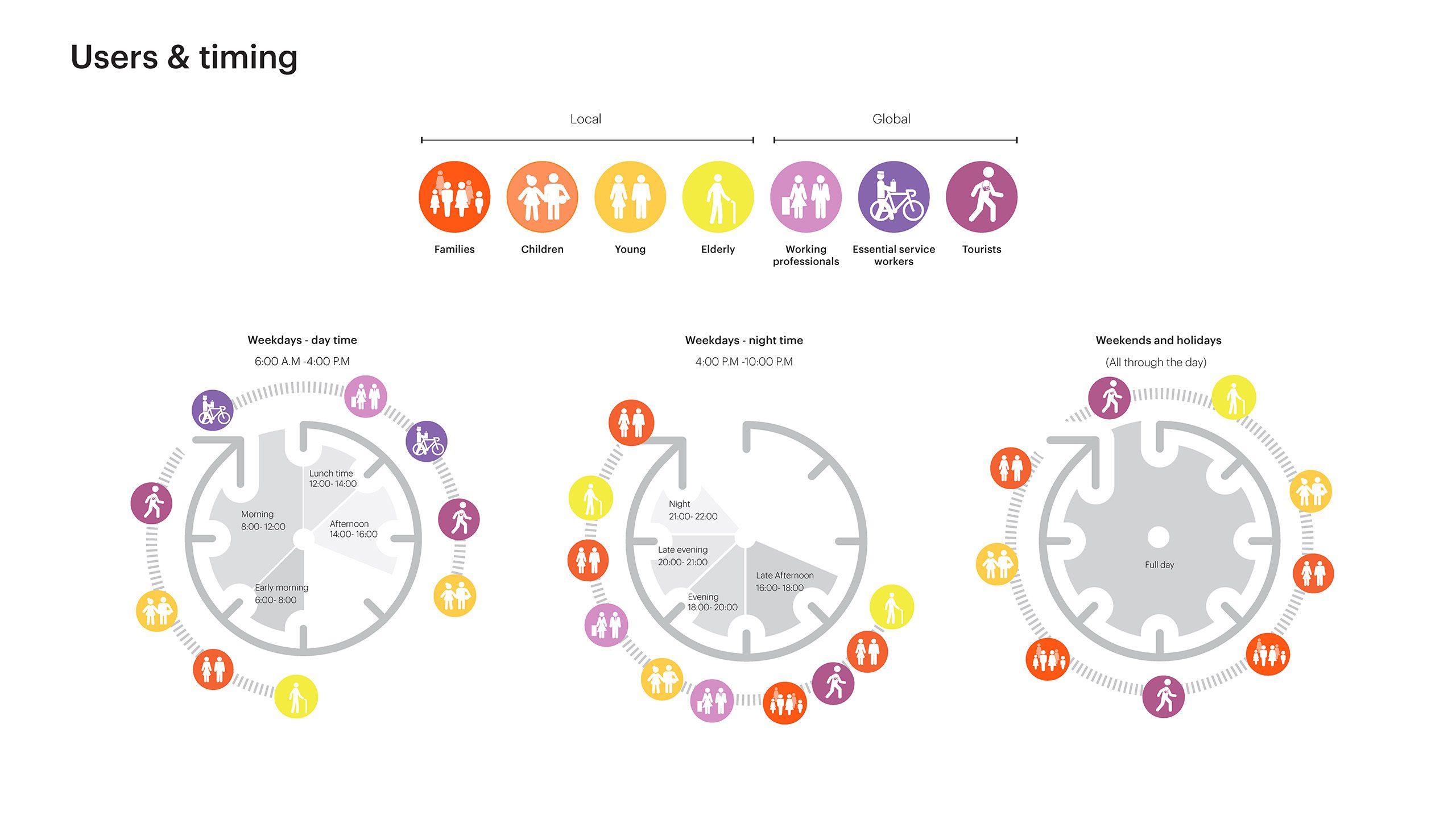 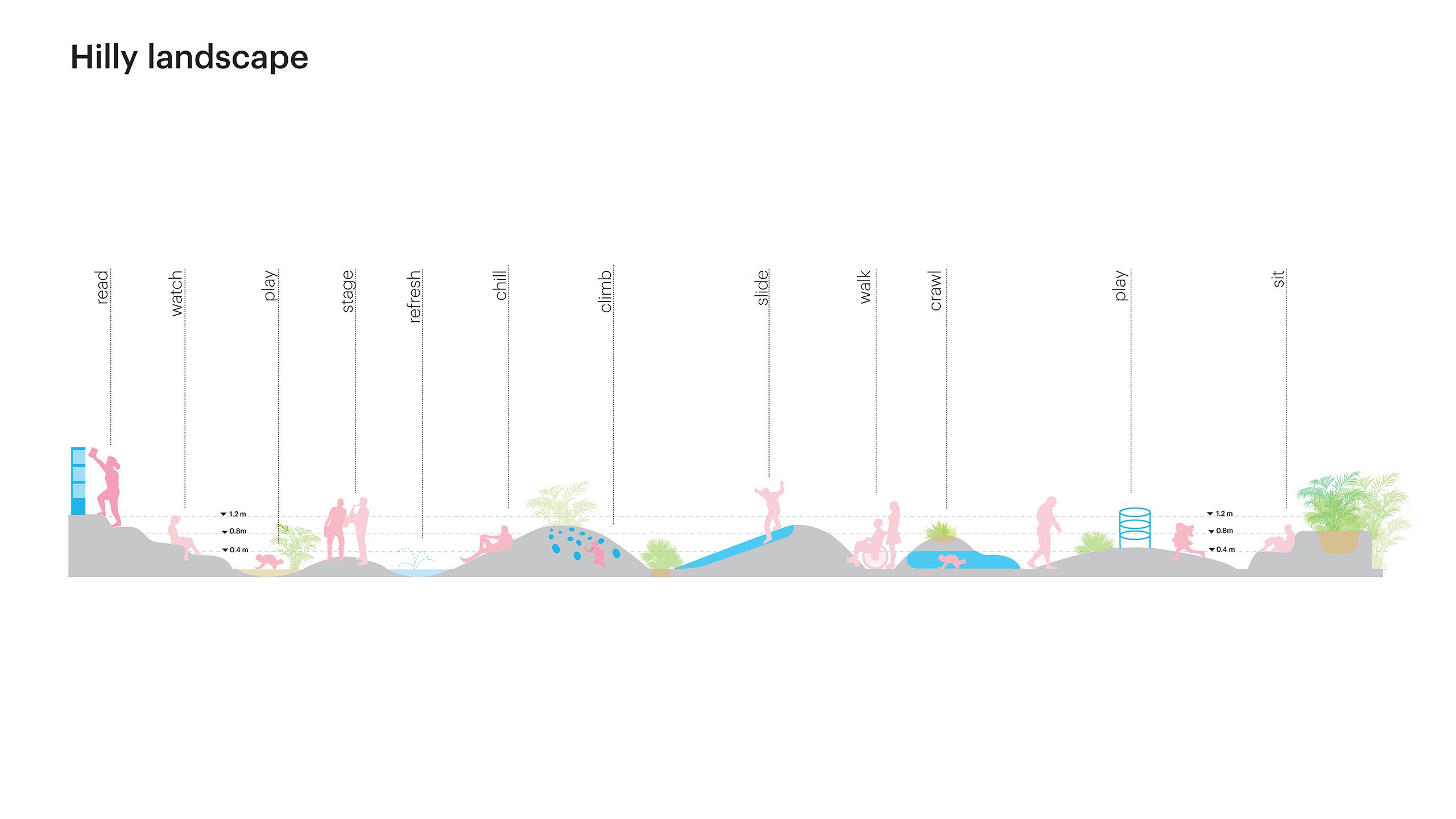 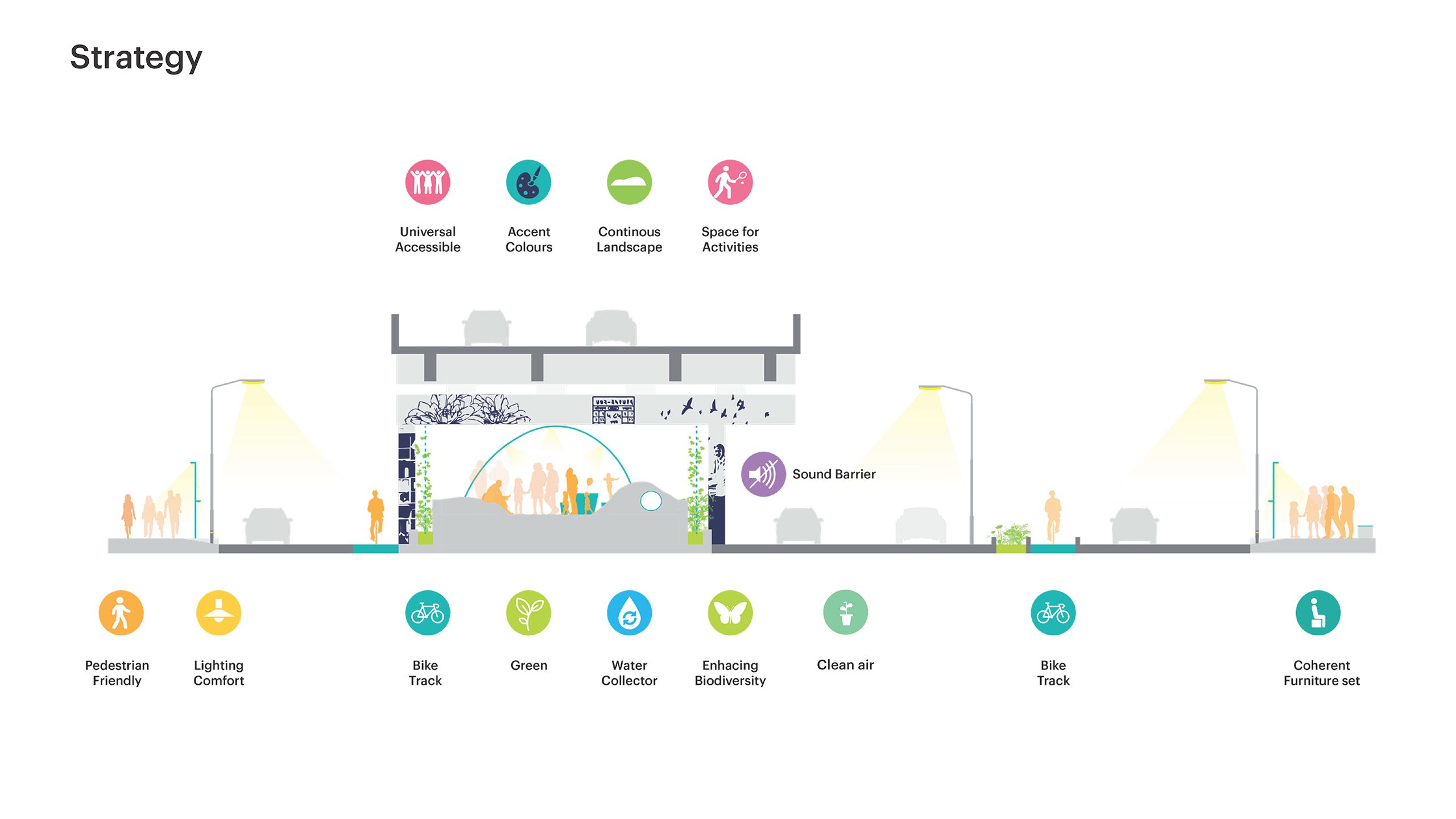 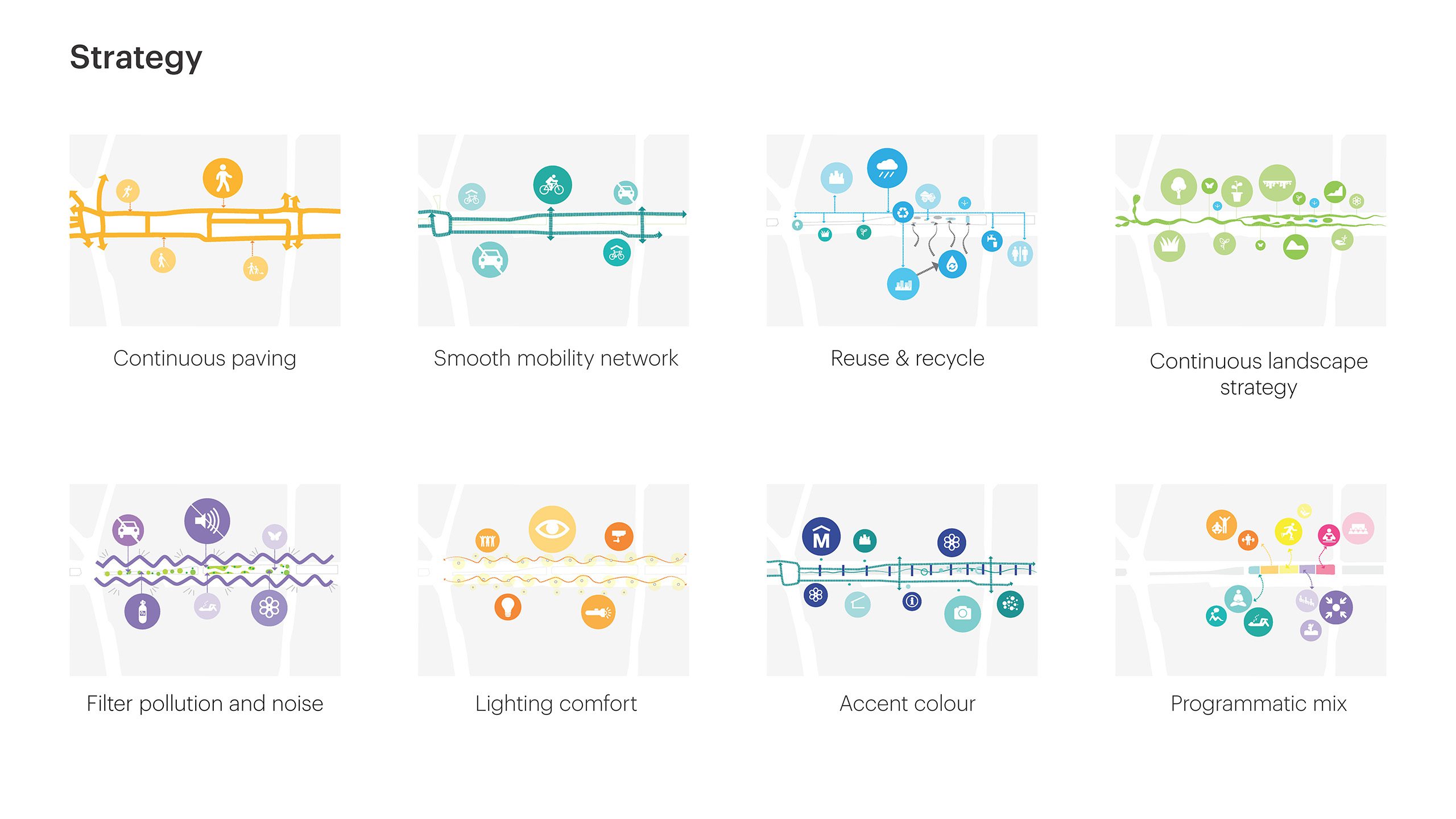 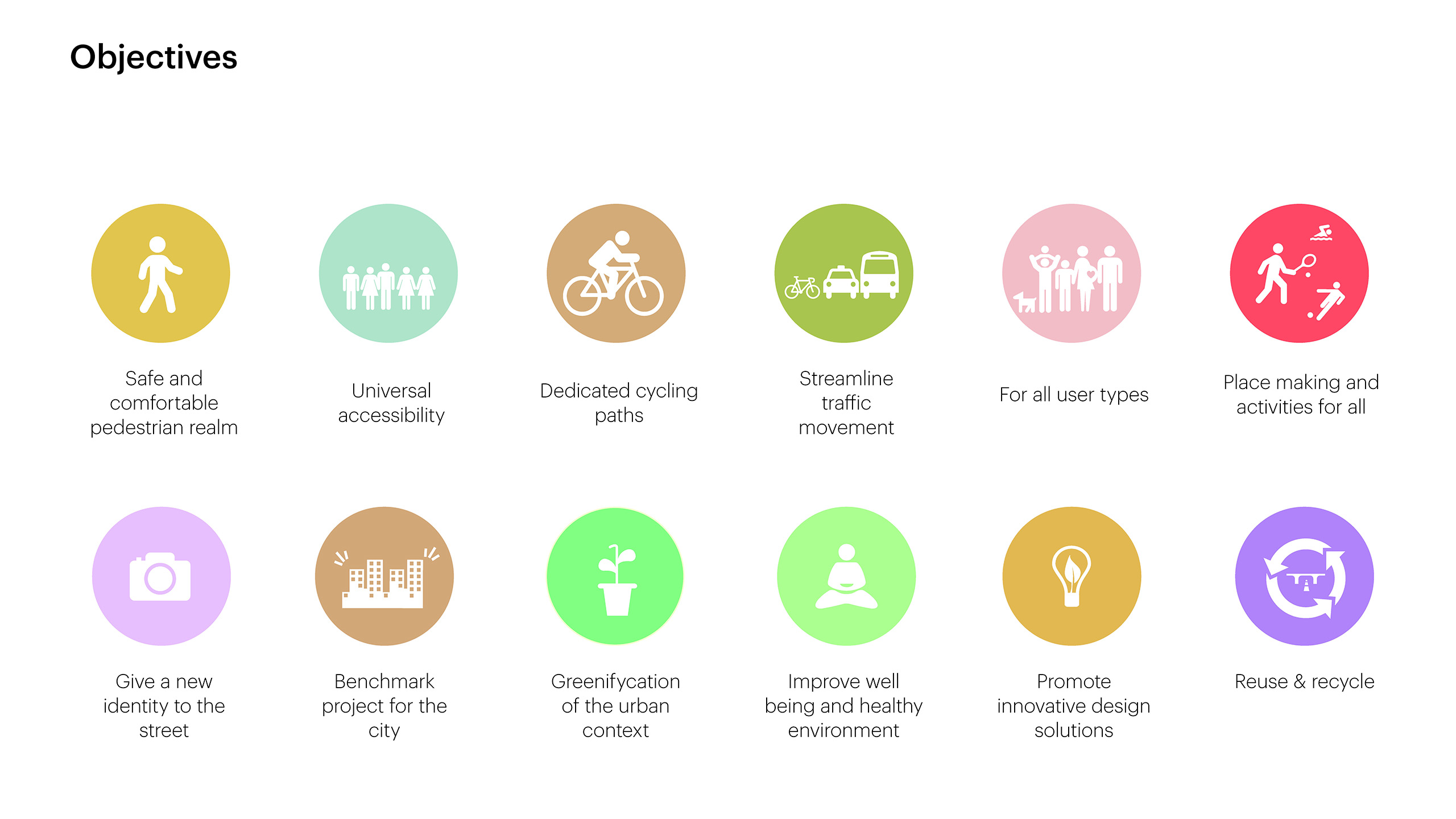 Making infrastructure do more: MVRDV completes One Green Mile in Mumbai, inserting a community space beneath a flyover MVRDV, working alongside co-architects StudioPOD, has completed construction of One Green Mile, transforming a series of neglected spaces below Mumbai’s Senapati Bapat Marg flyover.

Turning an overbearing element of concrete infrastructure into a public space for the entire local community, the design adds much-needed amenities and greenery, improves mobility, and creates a strong visual identity for the area. On a broader scale, the design offers a repeatable approach to sustainable urban development that asserts a new benchmark for underused public spaces in the intense Indian metropolis.

The Senapati Bapat Marg flyover is part of a series of major roads that extend for over 11 kilometres through the heart of Mumbai, generating significant noise pollution and creating a barrier between neighbouring areas that limits options for mobility. In connection with an office development in the area, local architecture firm StudioPOD was tasked by Nucleus Office Parks to improve an 800-metre stretch of streetscape running alongside the flyover. For the most transformative part of this scheme, in an unused space beneath the flyover structure itself, they invited MVRDV to collaborate on a community space that would address the flyover’s negative impact while responding to the area’s lack of greenery and physical amenities.

StudioPOD initially solved the traffic and street profiles and helped to define the programme and identify the target groups. Expanding upon this, MVRDV designed sinuous blue stripes to create a cohesive visual identity used across all elements of the space, creating a concept for One Green Mile
that offers a delightful and holistic urban spatial experience.

A hilly paved landscape transforms the 2-dimensional visual features into a 3D spatial experience, accommodating a whole range of different programmes and providing a dynamic physical attraction. Visual accent colours in materials and graphics make all aspects of the intervention recognizable as a whole. The space is divided into a series of public “rooms” with diverse functions: lounge, gym, shaded seating area, performance space, and reading room. Planting extends throughout the space.

Greenery in the design – featured on a series of screens lining the space, an archway at the entrance, and in retaining walls and planters – promotes biodiversity, while cooling the surrounding spaces and dampening noise pollution.

“Perhaps one day we will see the end of noisy, unpleasant highways carving up our cities, but for now they are still unfortunately a necessary evil – one you can see in Mumbai more than most cities”, says MVRDV partner Stefan de Koning. “One Green Mile asks the question: what if we expected highways to give something back to the places they cut through? A flyover can provide some shade in a hot city, and creates a small area of land that can’t be developed with tall buildings. It’s not such a crazy idea to make that into a public space.”

The design enhances connections for pedestrians and cyclists to make the area more comfortable and accessible. Paving, bicycle paths, and bright, large-scale zebra crossings promote access and safety. It improves accessibility with the incorporation of an uninterrupted mobility network and mobility hub to stimulate cycling. The area’s lighting concept works alongside programmatic elements and urban furniture features to make a recognisable place, and ensure safety around the clock.

The project exemplifies a circular economy approach; by utilizing the space underneath, the flyover itself increases in value; in addition to transporting cars, it acquires a new purpose as a sheltered, occupied public space. Engineering features store and filter monsoon water to irrigate One Green Mile’s extensive network of plants. With its focus on shaded and inclusive green public spaces, One Green Mile can easily be repeated elsewhere in the city. For the current project, a planned future extension will expand the revitalisation of public space to 3 kilometres of the flyover’s 11.22-
kilometre total stretch, which extends from Mumbai’s Mahalaxmi racecourse to the Dharavi Mangrove Region.

Link to the project on the architect / engineer website: https://www.mvrdv.nl/projects/787/mumbai-green-mile#:~:text=Turning%20an%20overbearing%20element%20of,visual%20identity%20for%20the%20area.