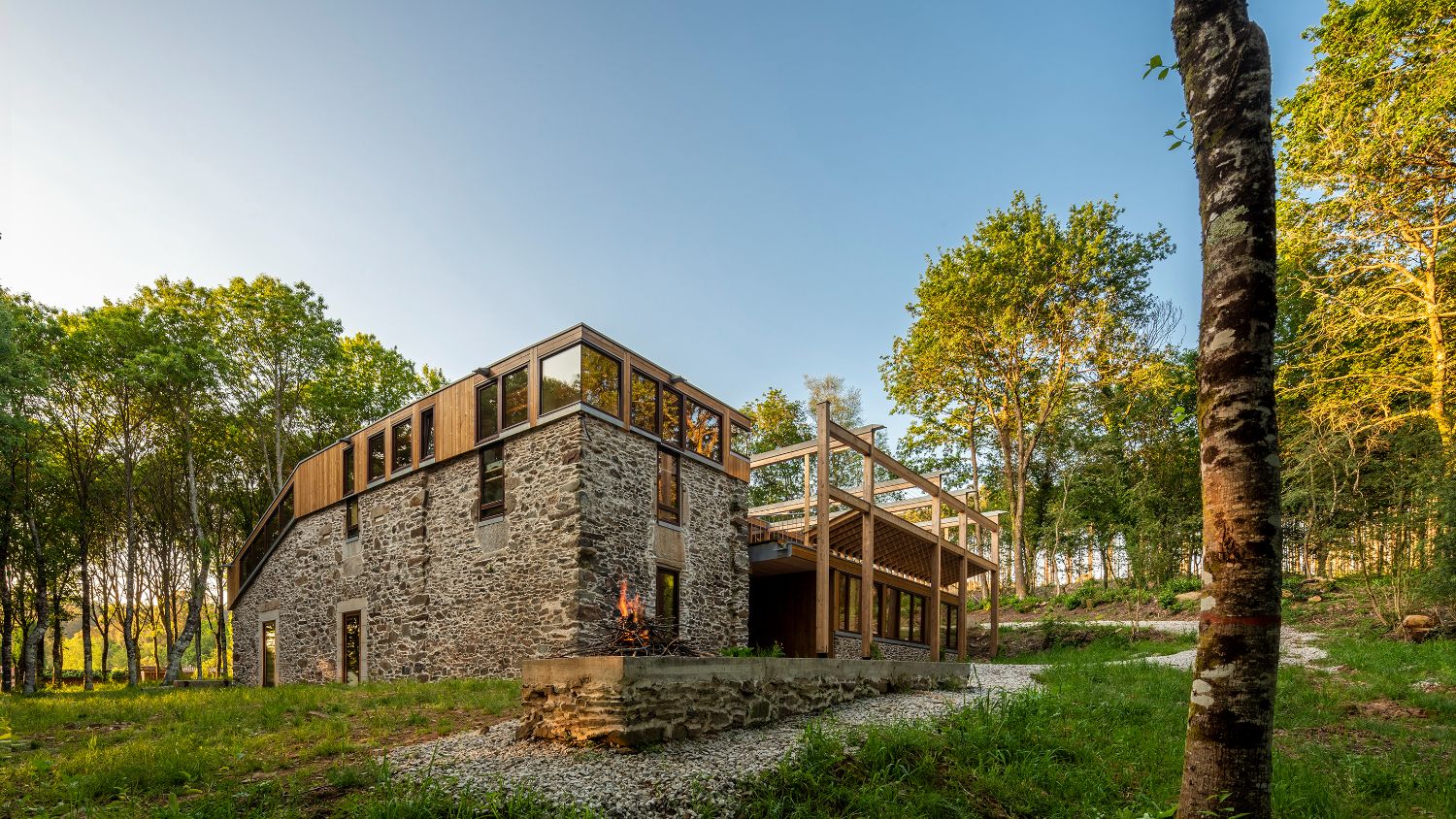 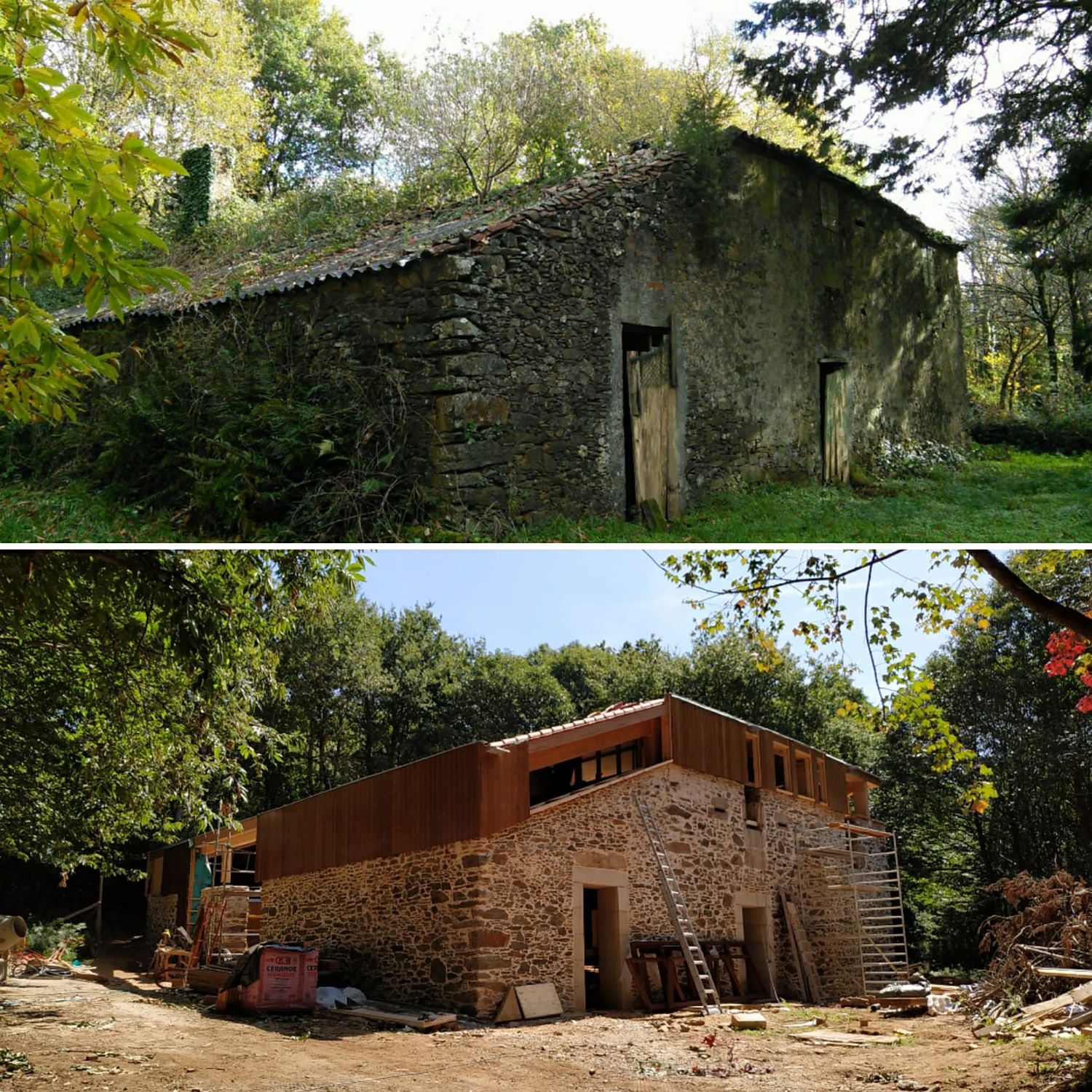 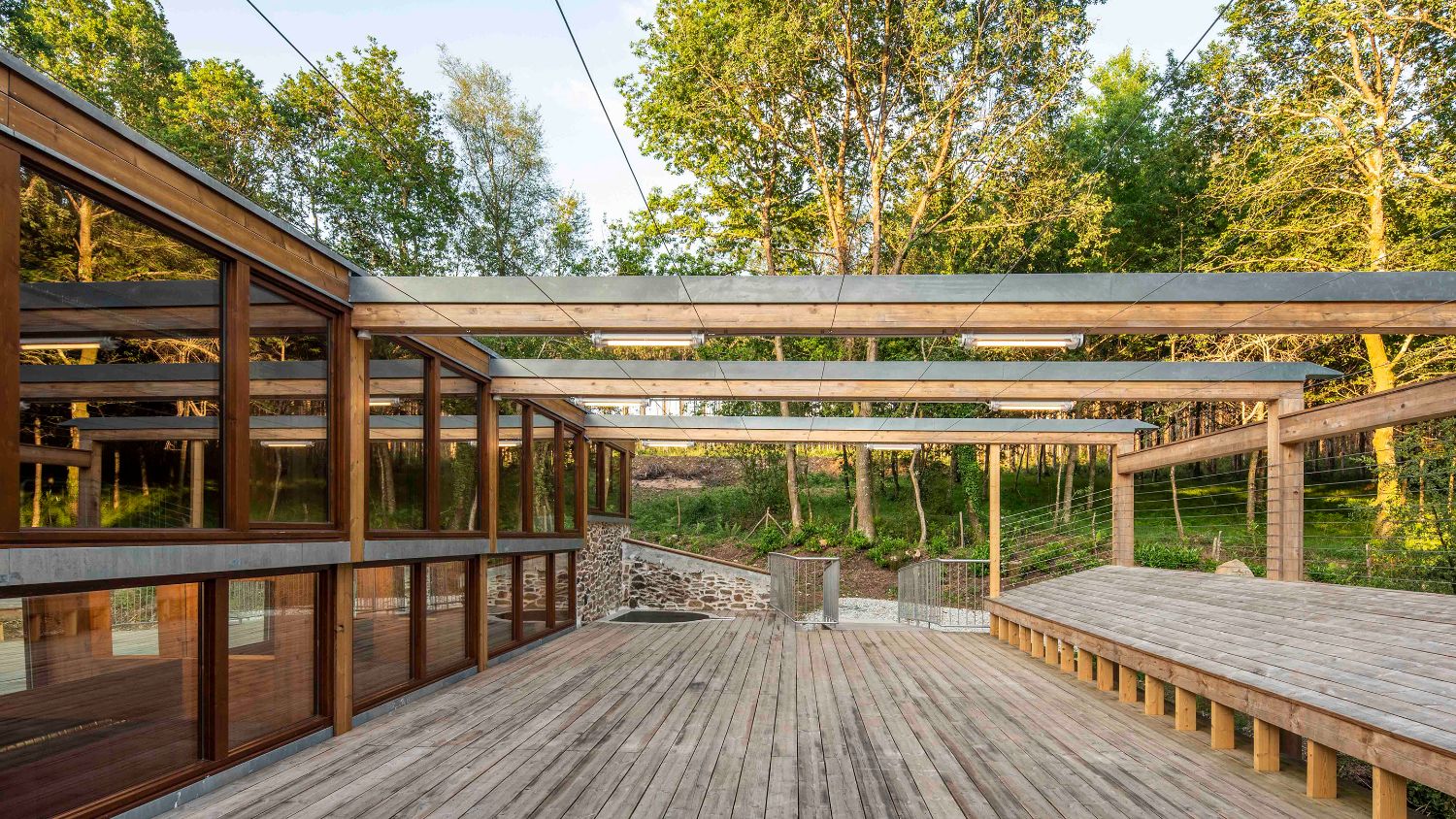 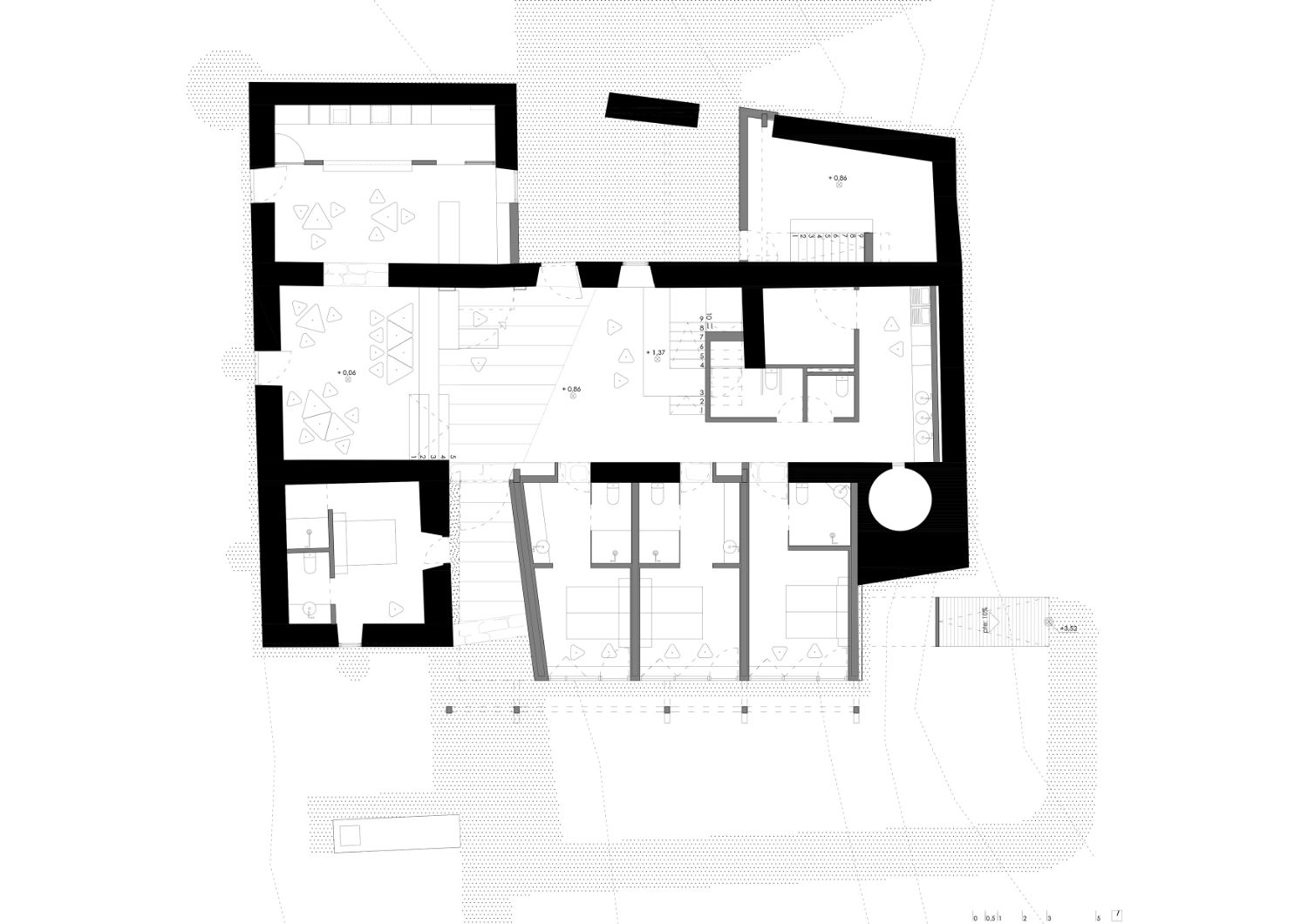 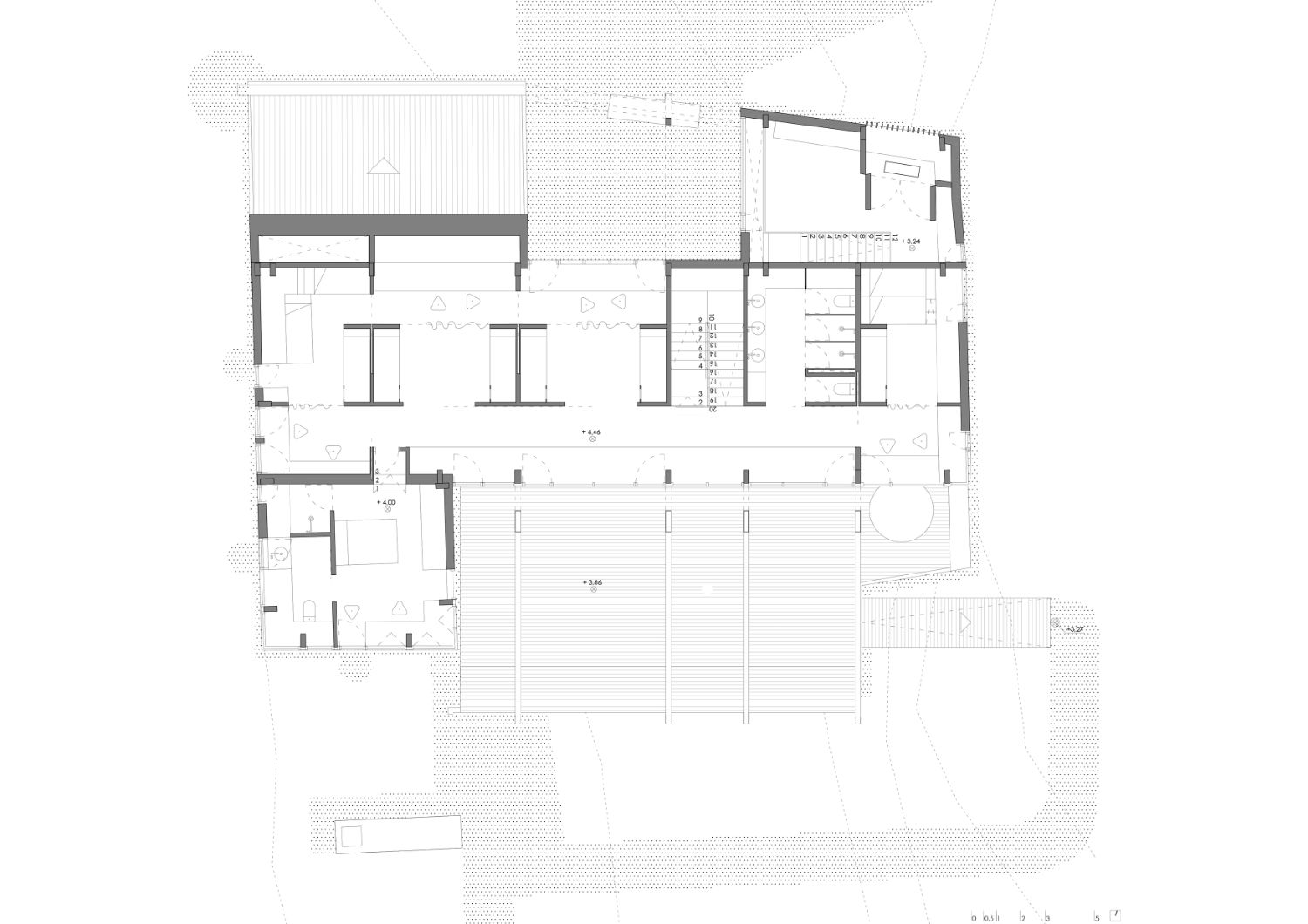 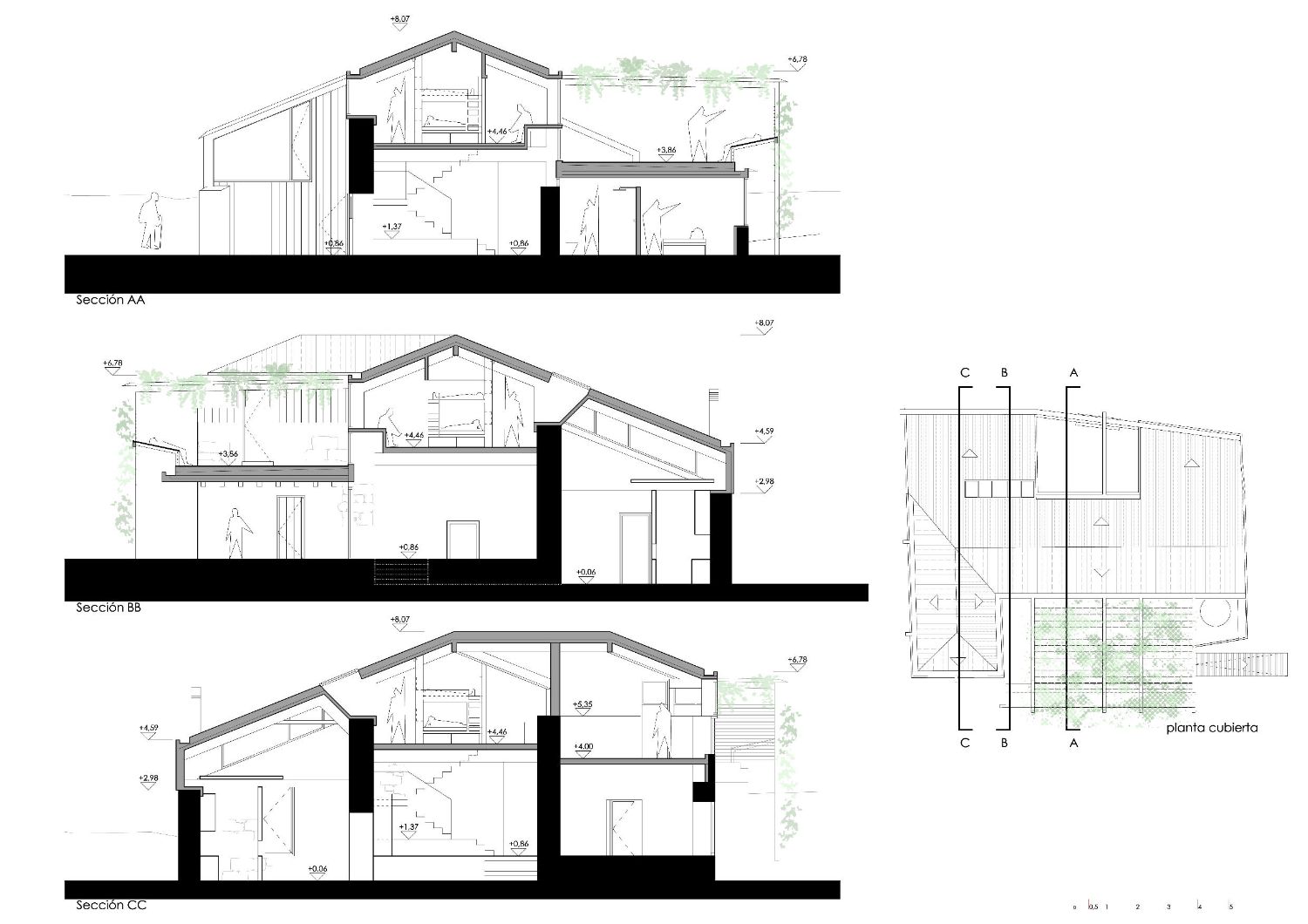 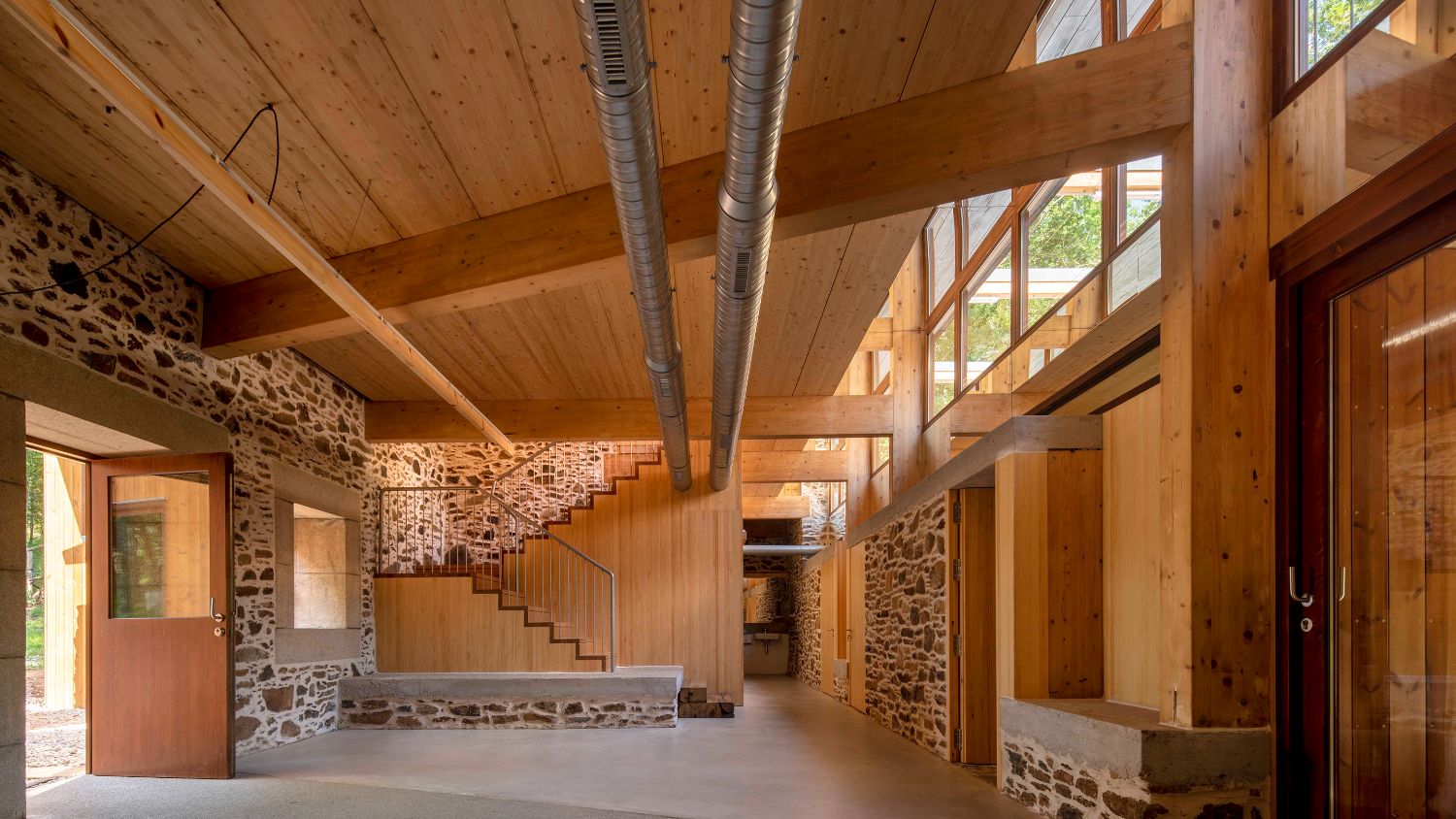 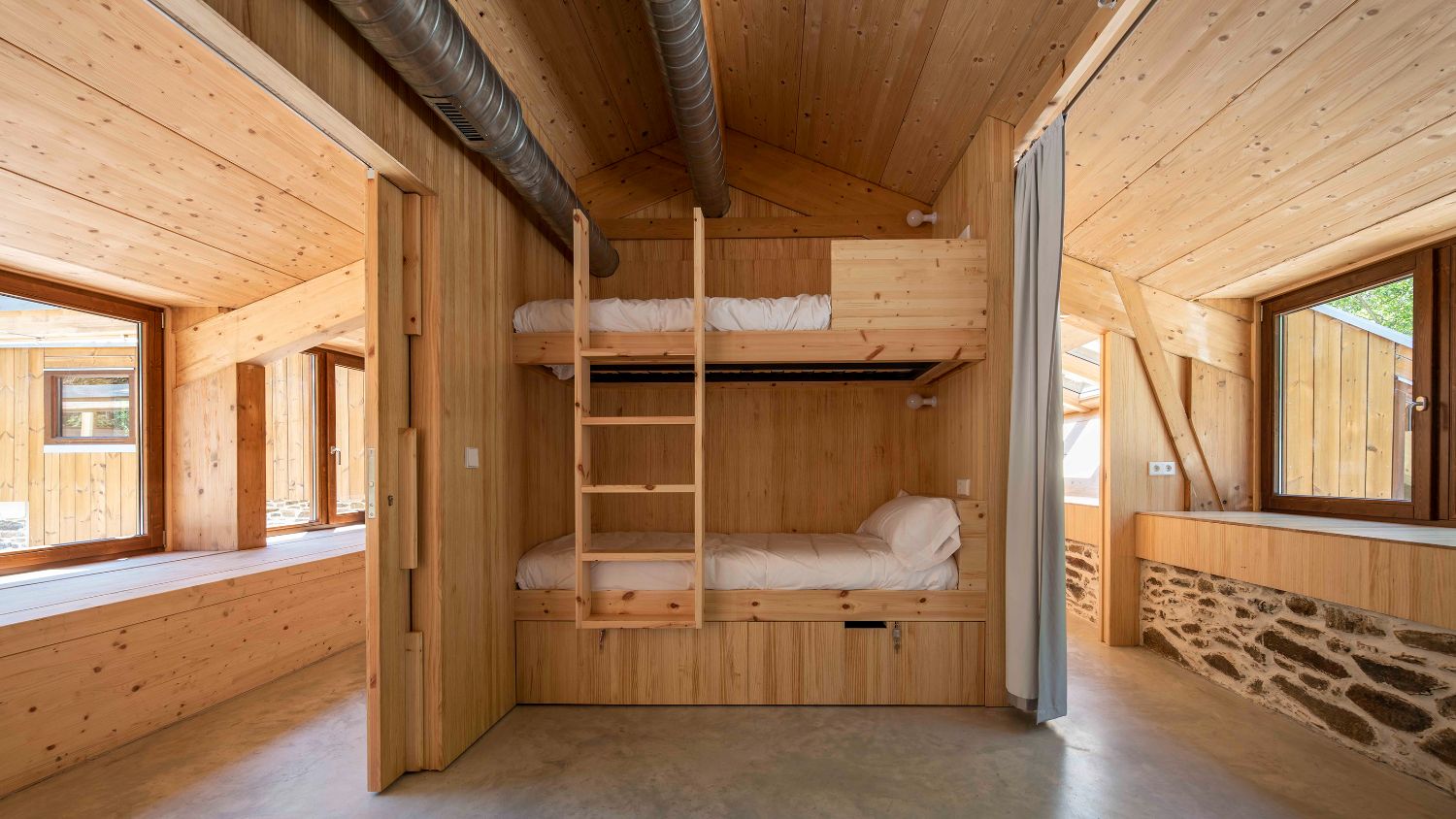 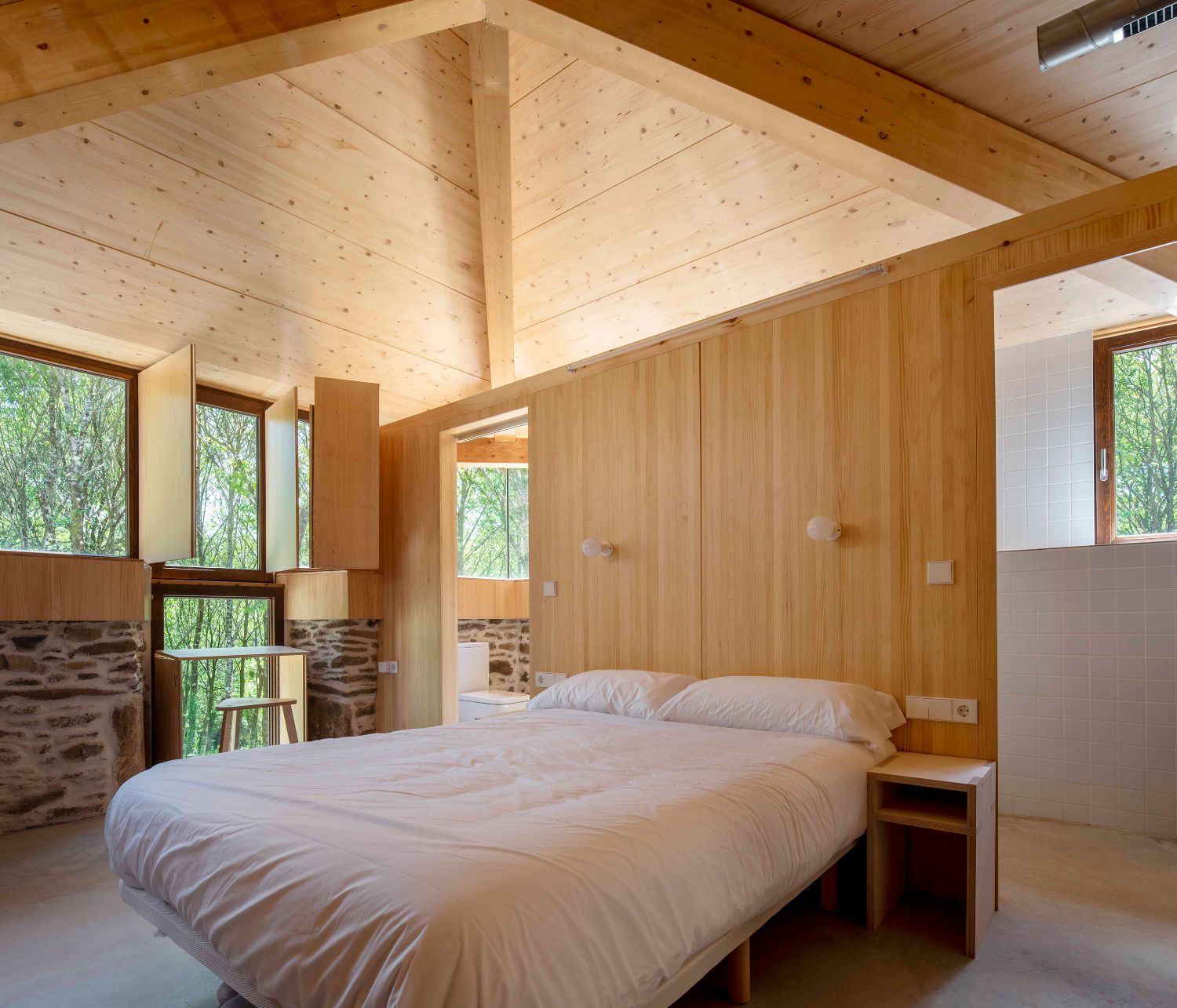 The intervention focuses on the reform of a farmhouse from the 18th century hosting a pension linked to the north part of the Camino de Santiago, located on the outskirts of the traditional nucleus of Madelos en Sobrado dos Monxes and bordering Concello de Boimorto. The building has had different extensions over time, until the 1970s when it was abandoned due to its poor condition. During this time the wooden structure has deteriorated and part of the slate walls have collapsed. The process of abandonment, as in many rural areas due to the exodus from rural to urban areas, causes a transformation in the landscape. Thus, social and cultural changes end up shaping the landscape.

The building is re-linked with the environment by regaining access from the north as a continuation of the trail. The building functions as a transition, passing through a large space on the ground floor towards the clearing in the forest. Everything that can be preserved from the traditional building is preserved. The additions that are made for functionality, such as the rooms on the ground floor or the increase in height, are kept minimal. The reformative gestures are stronger in areas in need of more height and the spaces that open towards the southeast, due to the missing or irrecoverable walls. In order to generate that reciprocal look throughout the structure, transparency and traditional materials are used for the recovered walls. These new forms are used to generate passive climatic systems, by means of windows that control the temperature, deciduous vine for solar control and the water pool generating thermal inertia and cross ventilation. On the ground floor, the trail is marked on the interior pavement in search of the forest clearing, crossing the central diaphanous room, which distributes the program of the building. On the first floor, a common corridor around the glazed surface facing the terrace leads to the rooms. Transparency and constructive sincerity were sought based on the common sense of popular architecture.

Link to the project on the architect / engineer website: https://eegarquitectos.es/project/peregrino-sobrado/