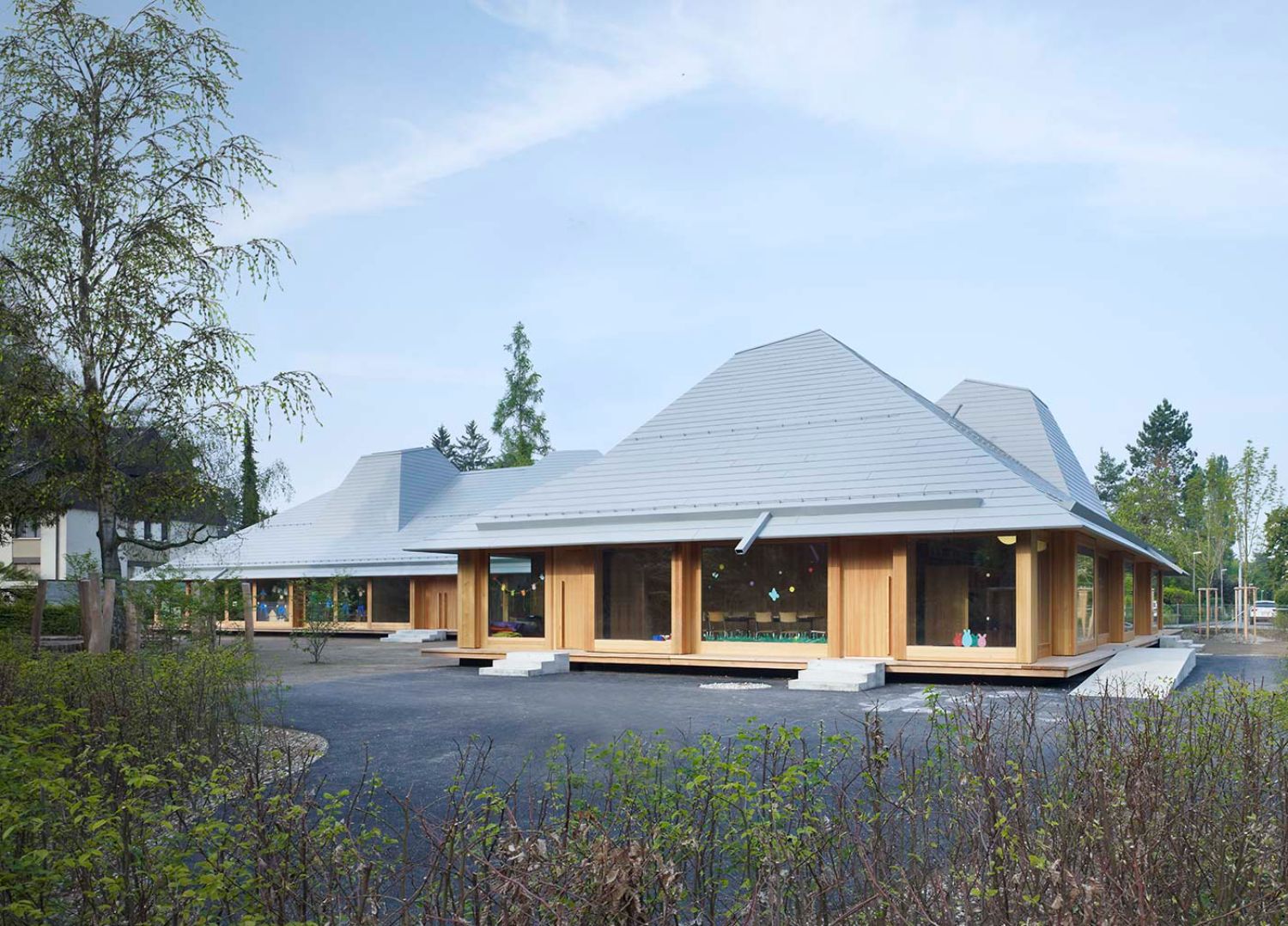 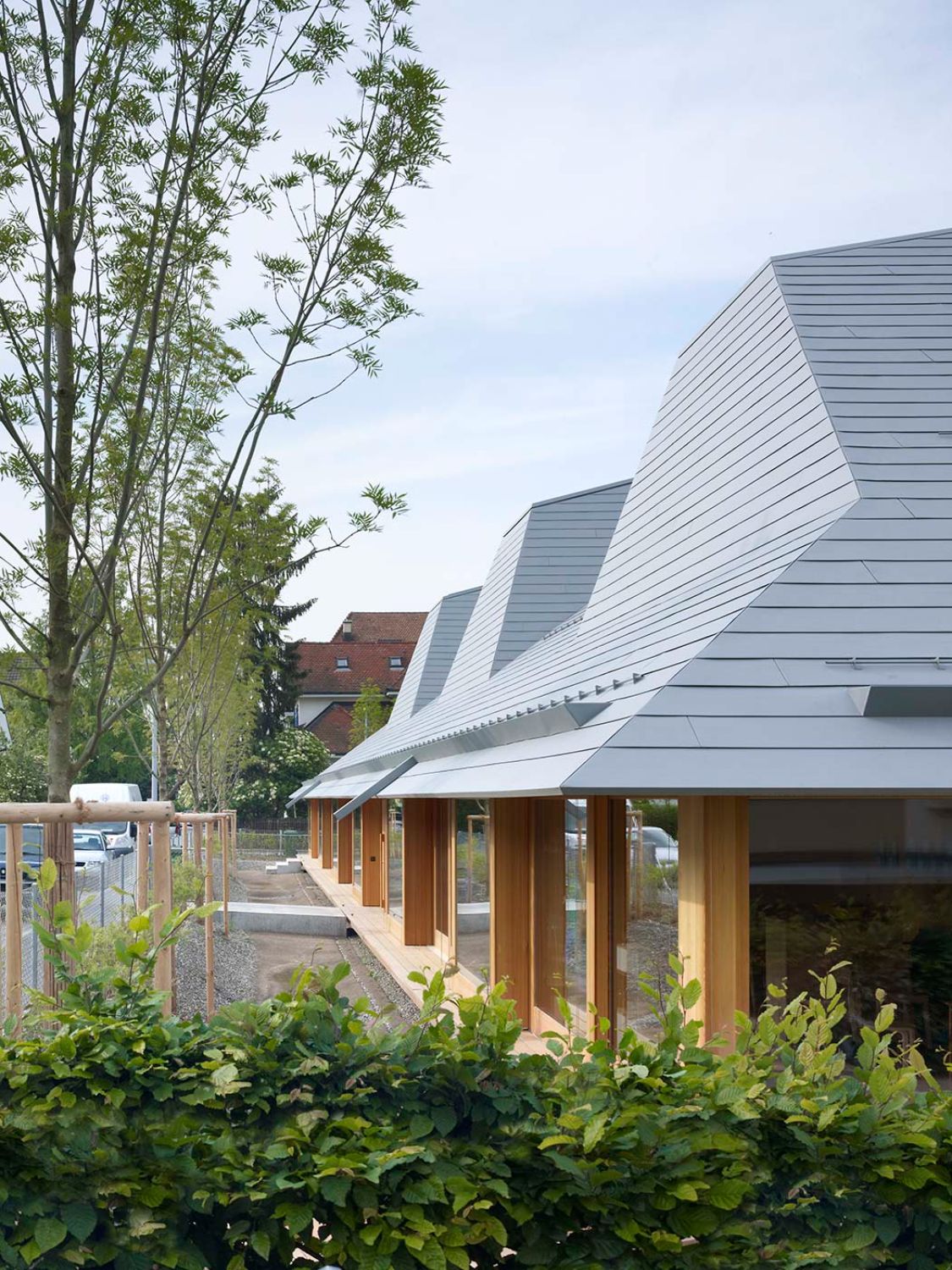 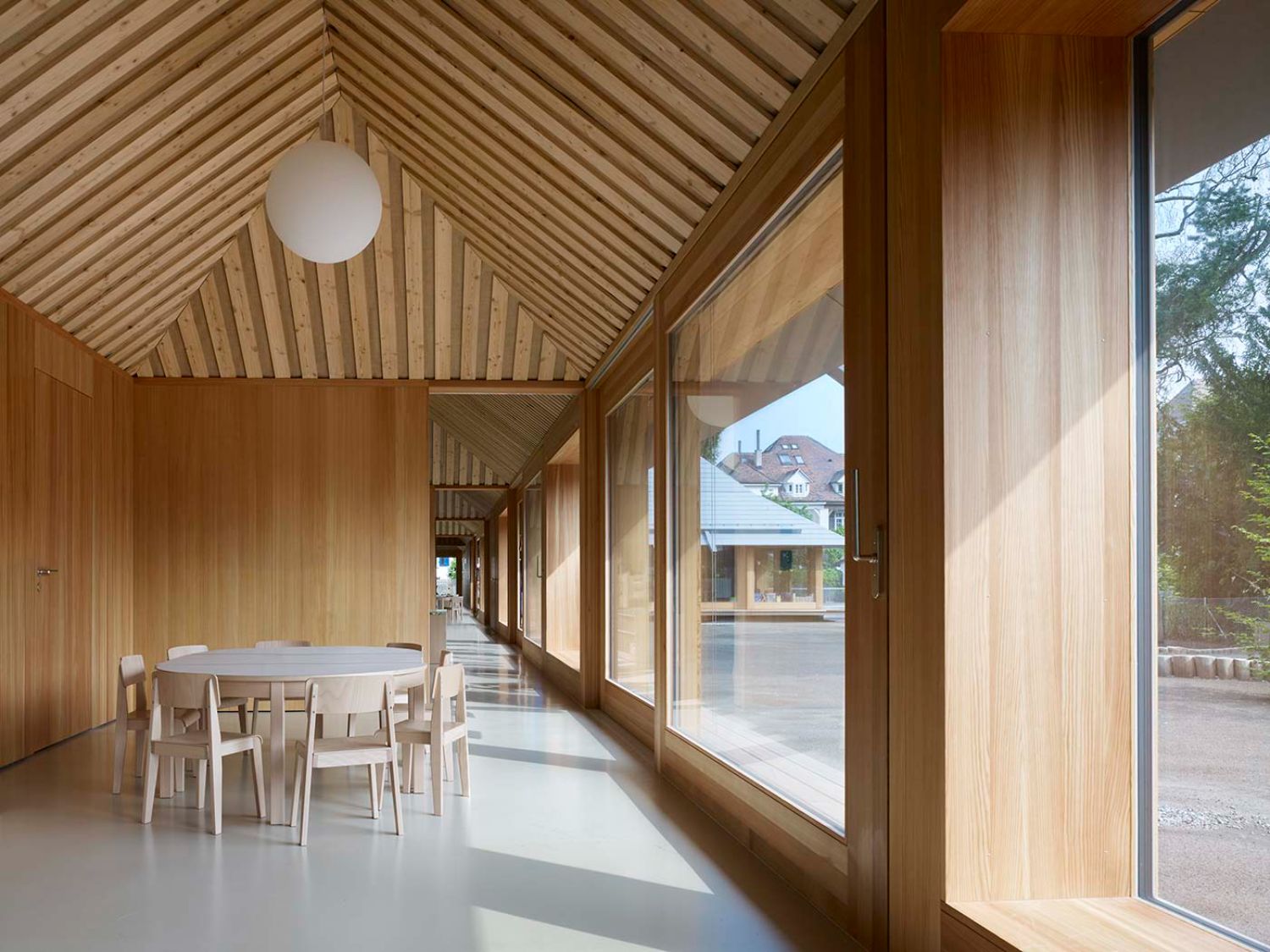 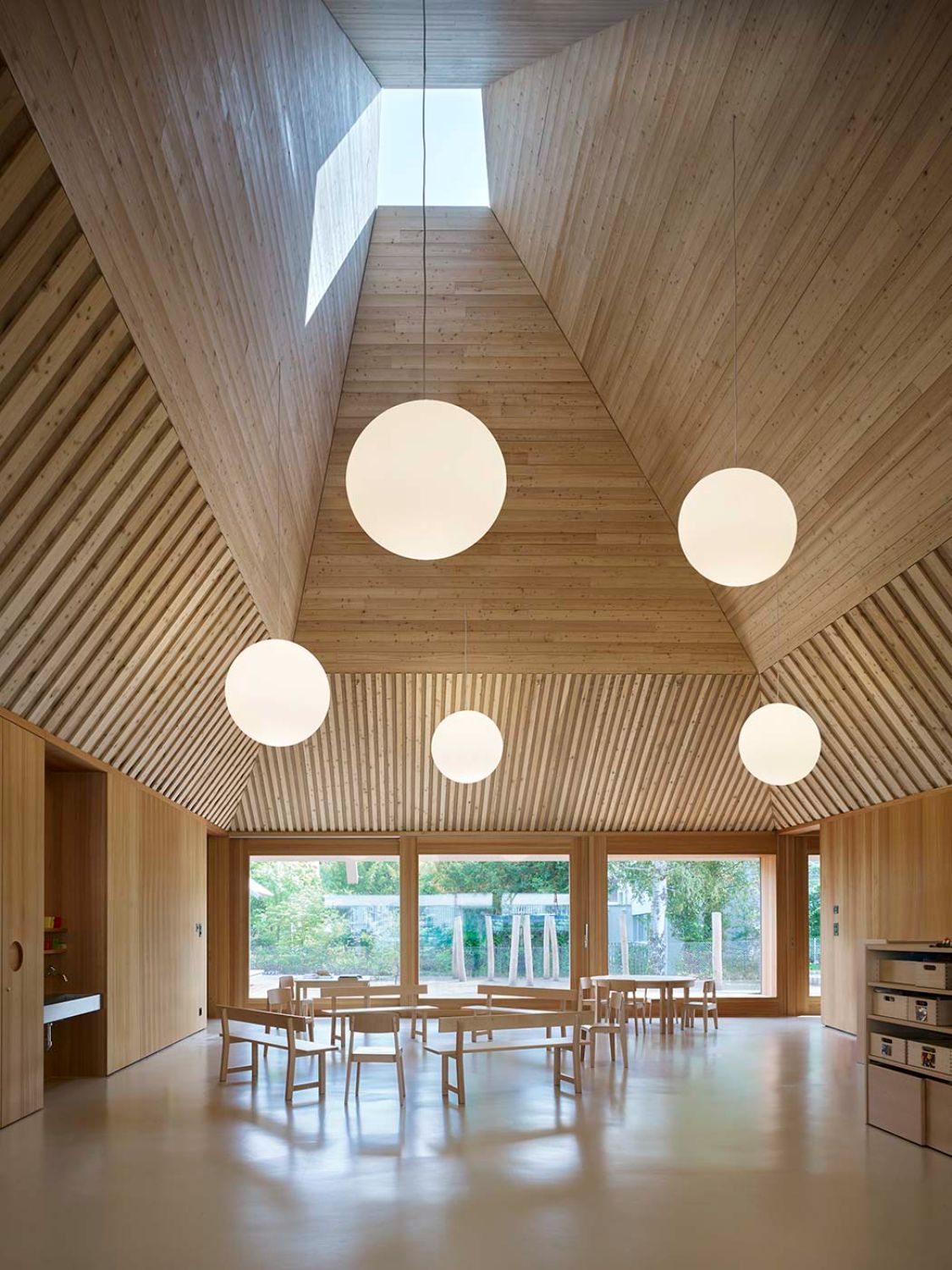 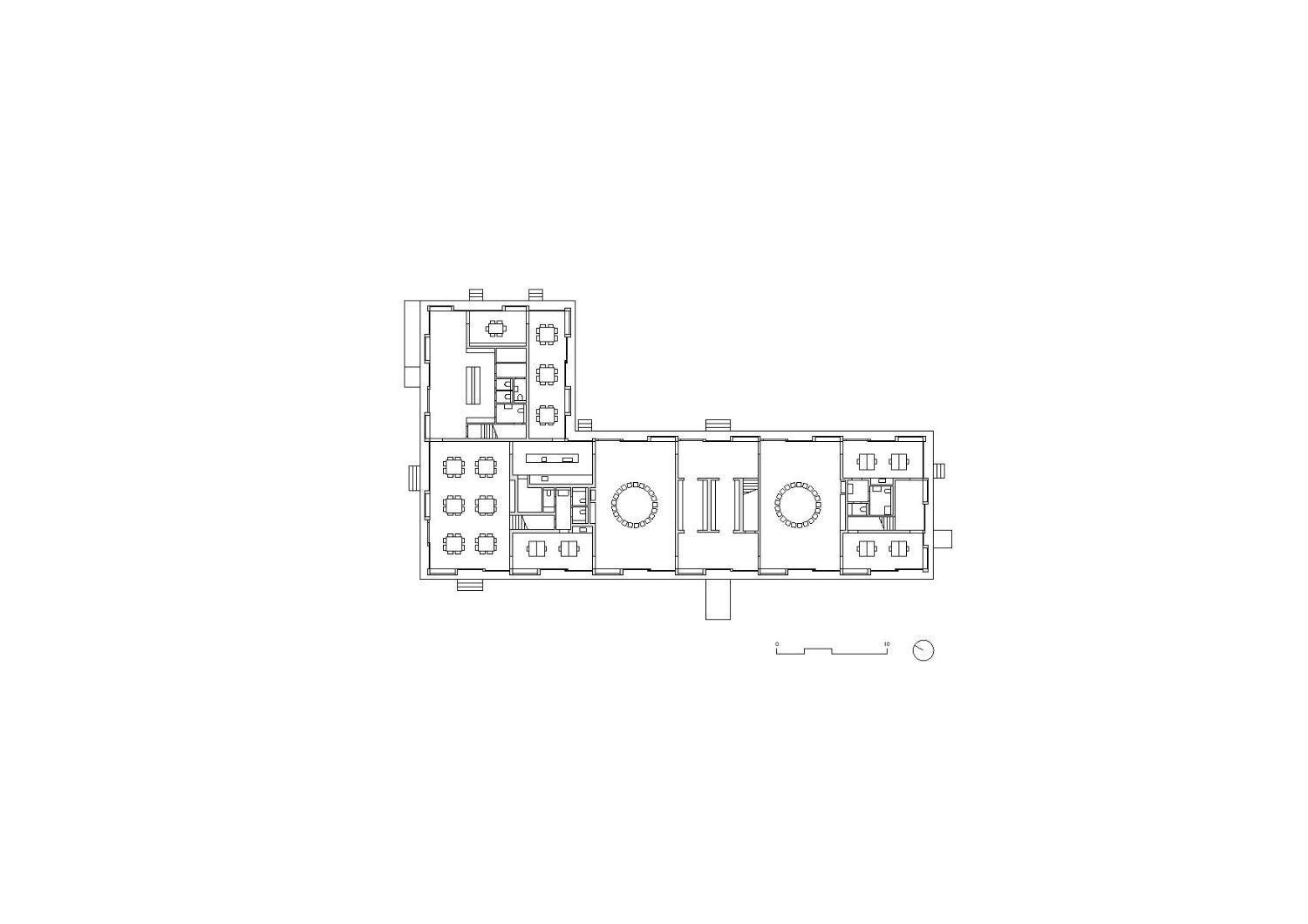 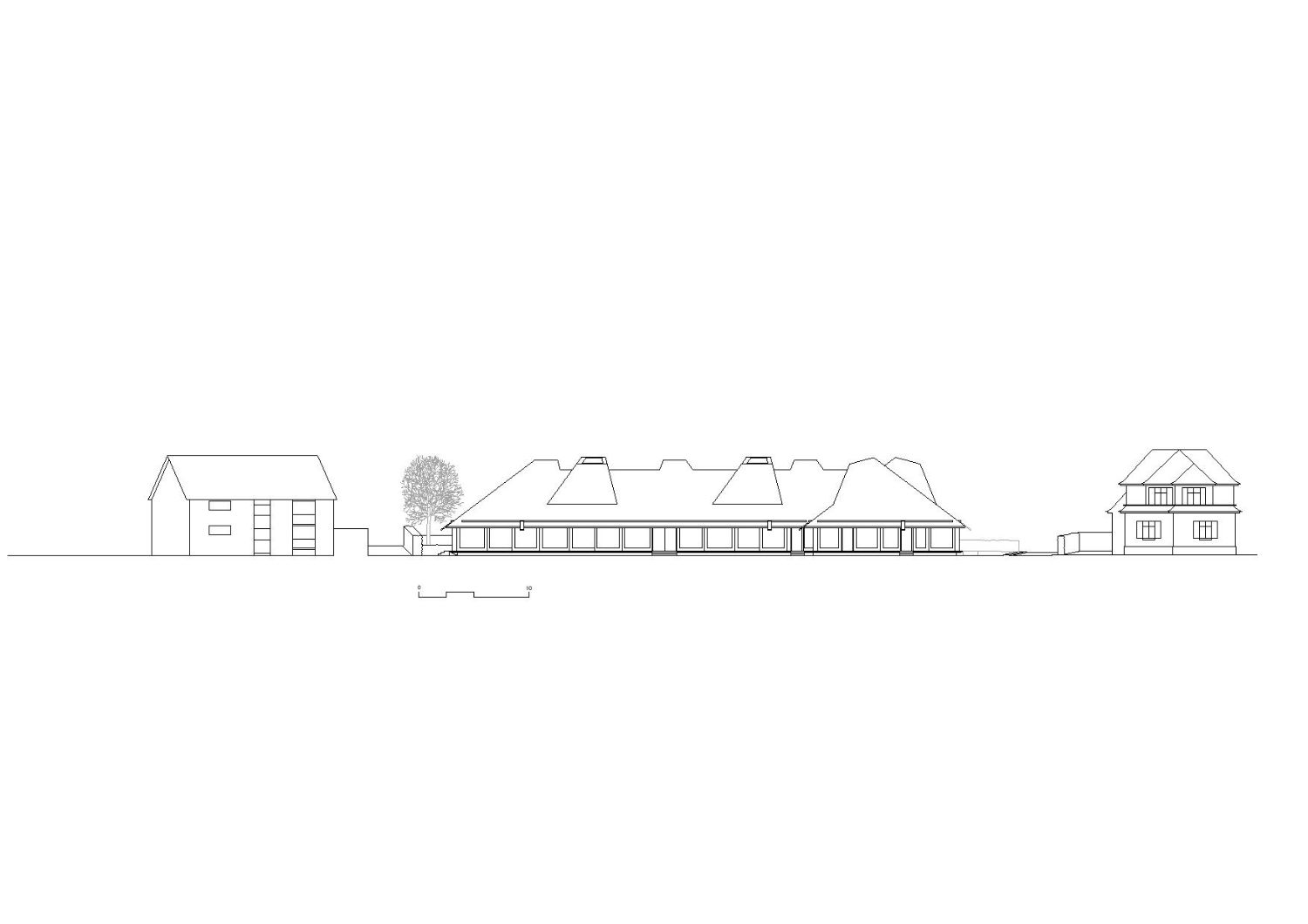 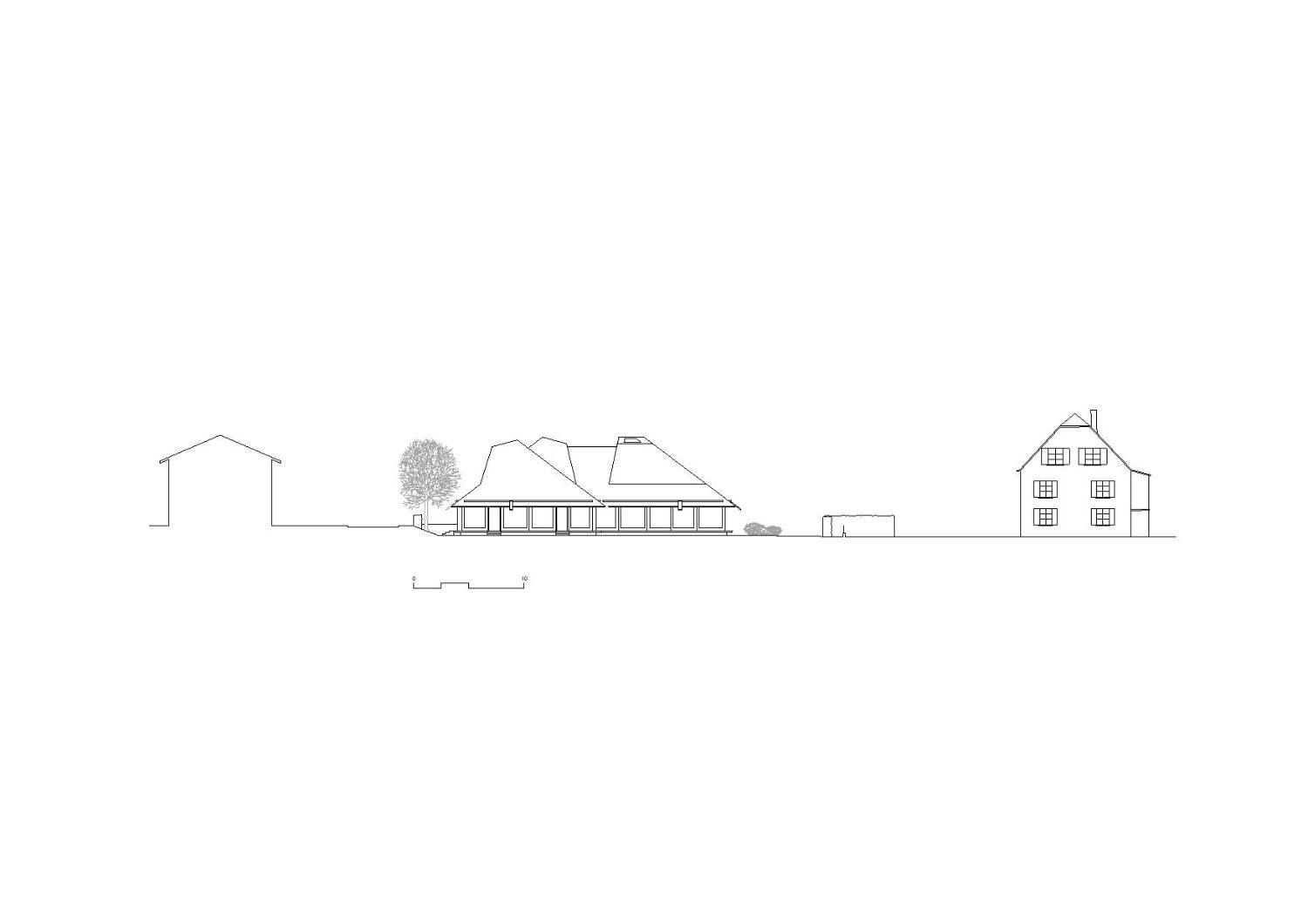 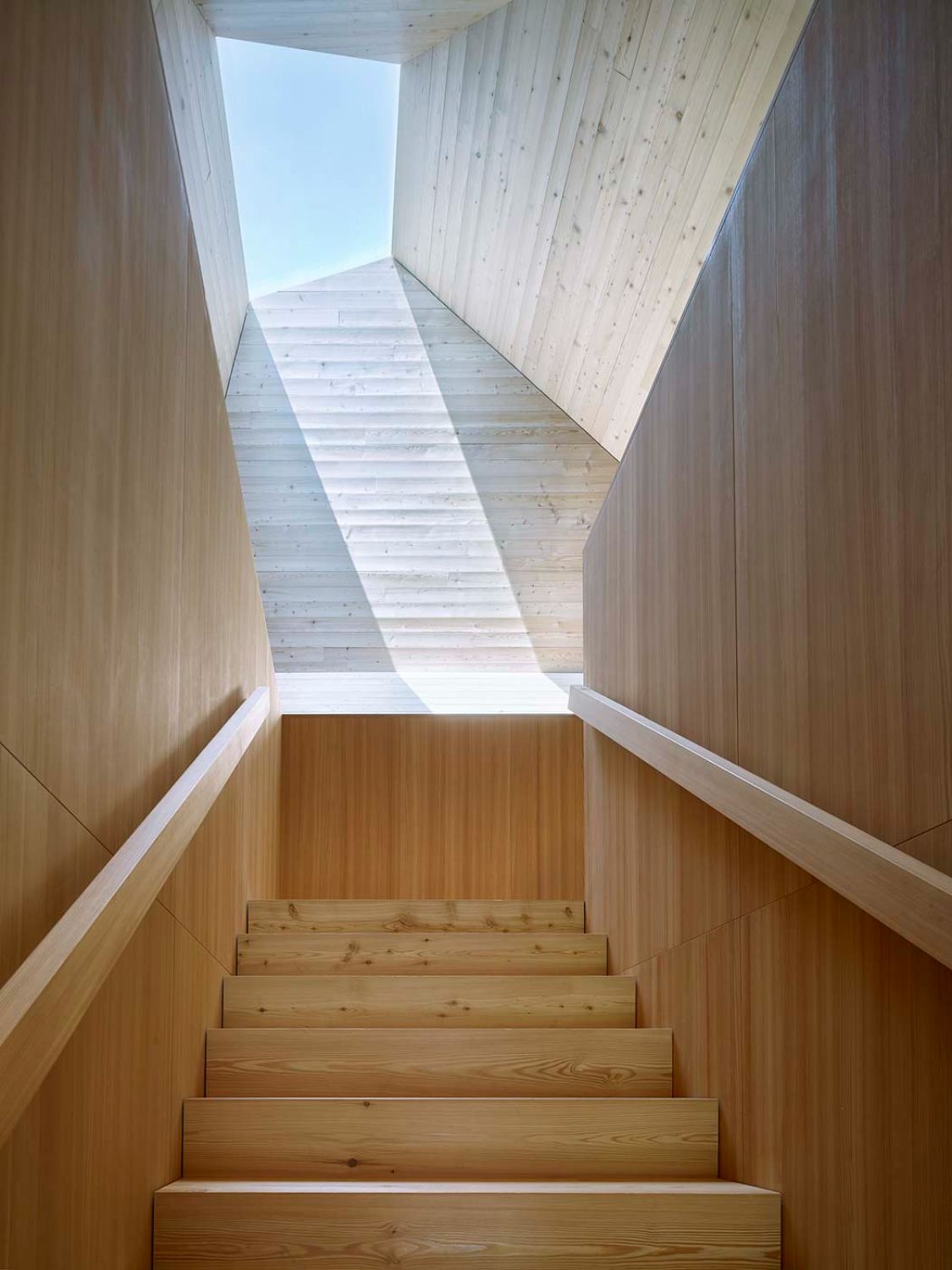 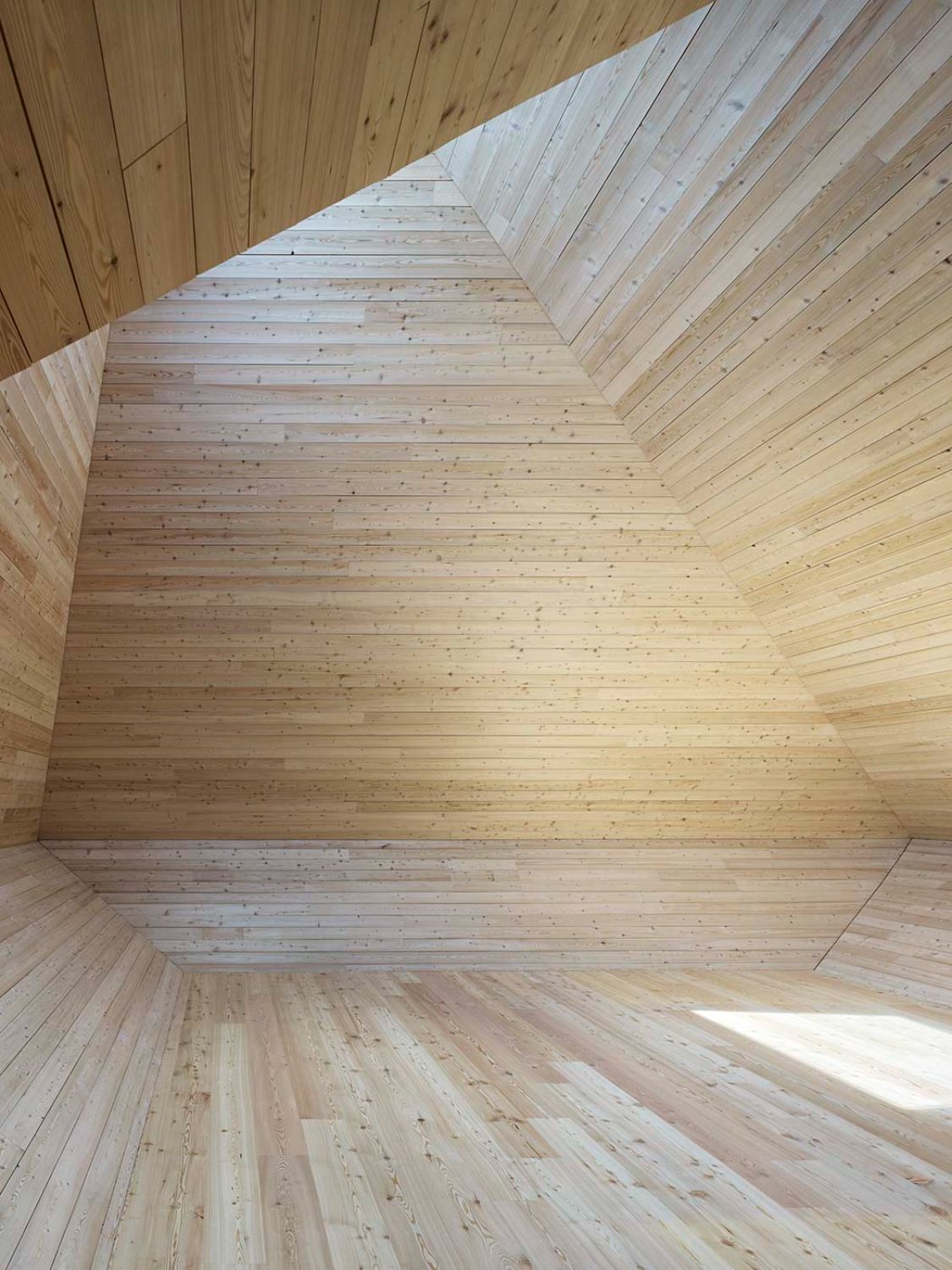 The project for the new double kindergarten with daycare facilities evokes the atmosphere of the surrounding small-scale residential quarter. However, through its formal language it transforms the existing into a self-confident edifice and generates a place with a strong identity. The single-storey building, covered with a large roof, blends naturally into the neighbourhood, which is characterised by terraced houses on an urban-garden scale. With its independent form, it also establishes a pictorial reference to the ”Burgschulhaus“ from the early 20th century.

The areas of the daycare facilities and the double kindergarten are combined within a single building. The L-shaped body defines protected, well-oriented outdoor areas on the grounds, which satisfy the relevant needs. While the kindergarten is accessible from Paradiesstrasse, the approach to the daycare facilities at Störklingasse is in spatial proximity to the “Burgschulhaus“. This gives both departments separate entrances with distinct addresses.

The new building presents itself as a pavilion-like structure with a large, protective roof. The deep eaves and meandering facade, which continually protrudes in and out, creating niches under the roof, lends the building a distinctive identity and scale that refers to its purpose. Inside, the play with scale continues through the formation of different spaces. While the large, flexibly furnished rooms extend up to the ridge of the roof and are additionally accentuated and lit with a skylight, the smaller, more contemplative rooms are considerably lower and thus generate specific spatial effects associated with the garden. The arrangement of these rooms creates a coherent floor plan that accommodates the desire for flexibility and, when required, enables a spatial connection of the various functional areas.

Three central cores delineate the interior plan and incorporate the respective adjacent rooms. Together with the roof planes, they form an efficient wooden supporting structure. The rooms open outwards with spacious windows to form a covered anteroom, which provides weather-protected play-areas and a view of the garden. In the attic located above and between the ground-floor rooms there are additional spaces for children to play and retreat.

The roof is clad with light aluminium sheeting, which also covers the upper light-wells. The interiors of all the rooms are lined with larch: large, partly movable panels of fine veneer complement the generous wooden windows on the façade. The roof is lined with solid larch panelling, which lends the classroom a studio-like yet domestic atmosphere.

Link to the project on the architect / engineer website: https://www.millermaranta.ch/