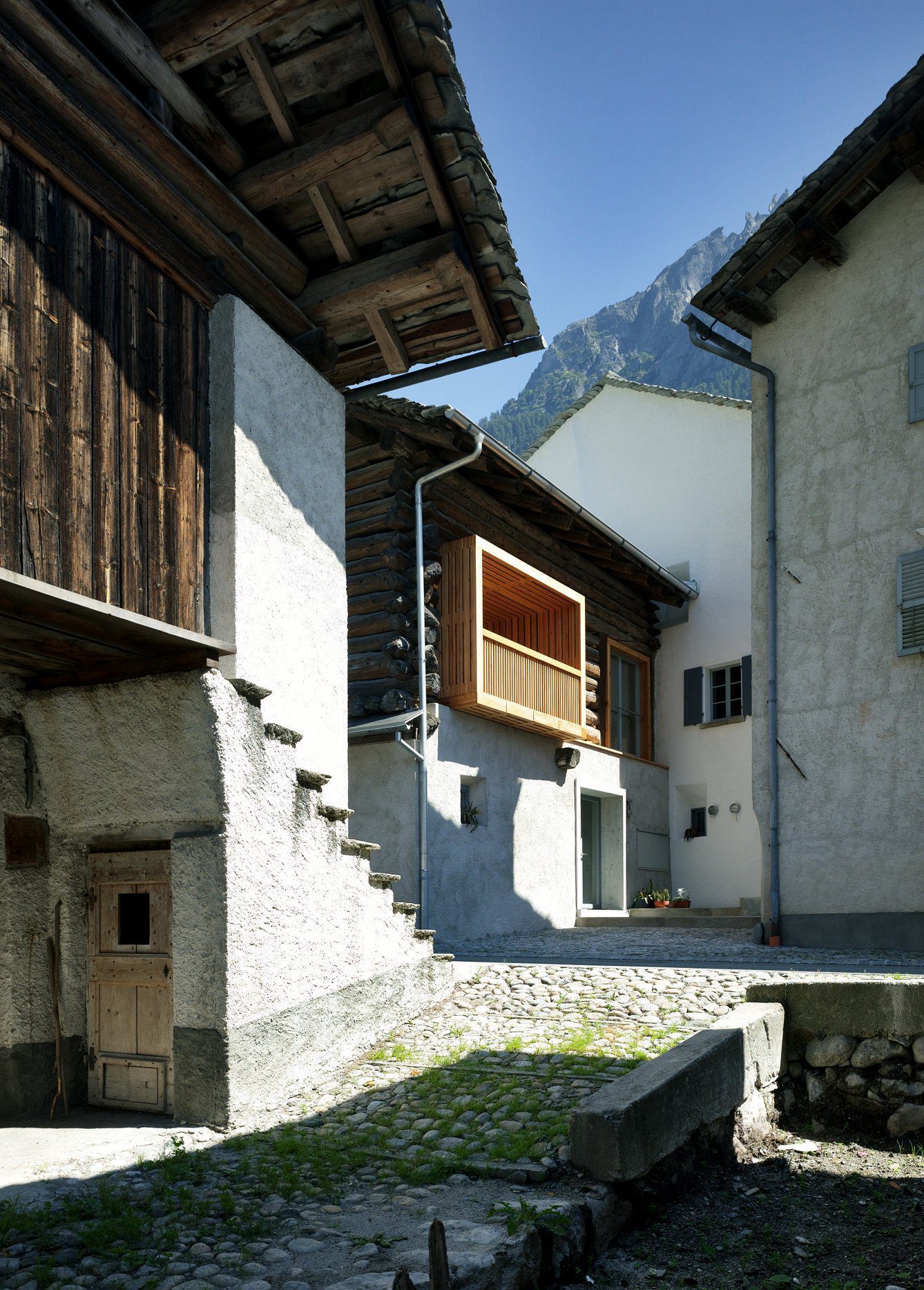 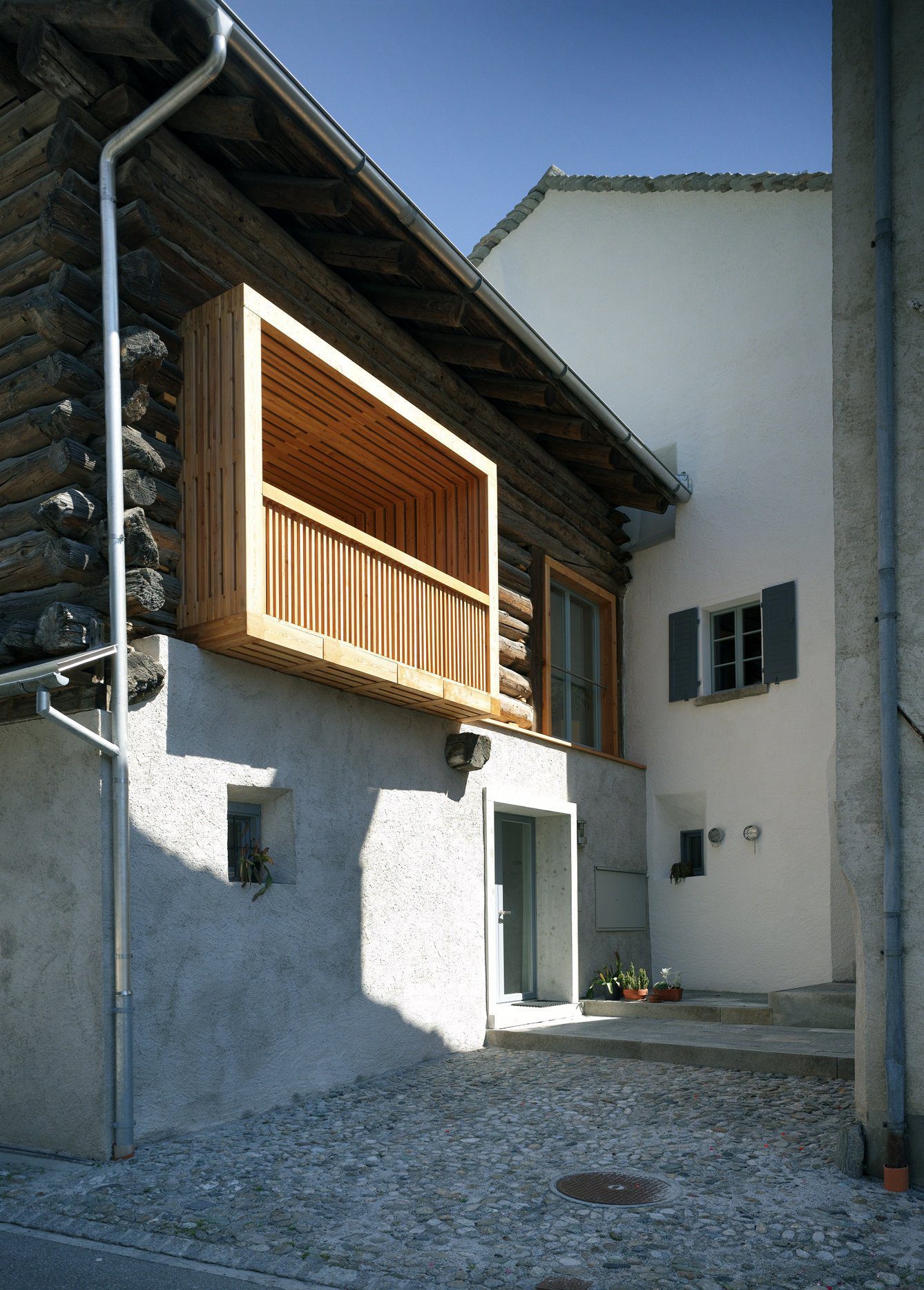 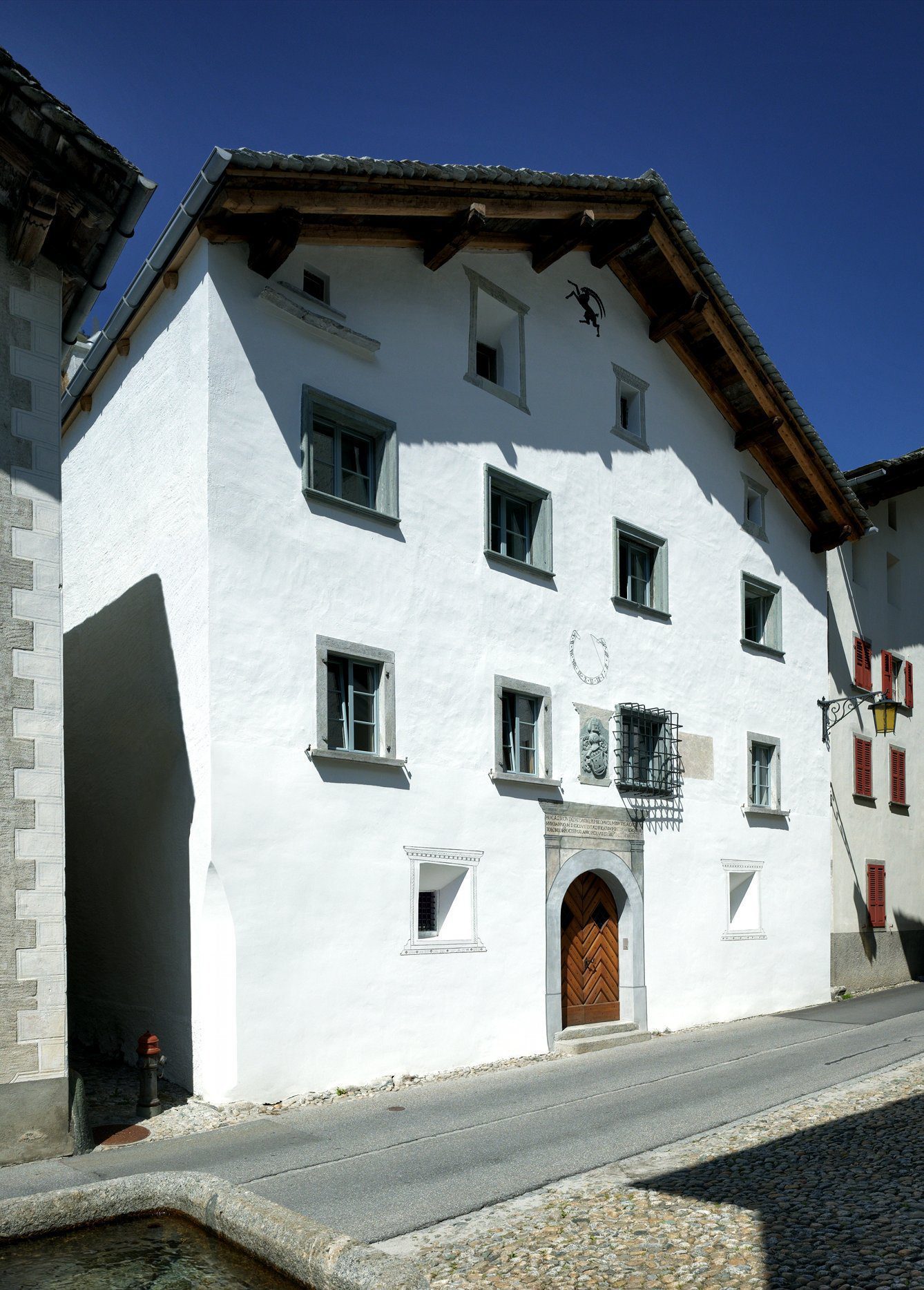 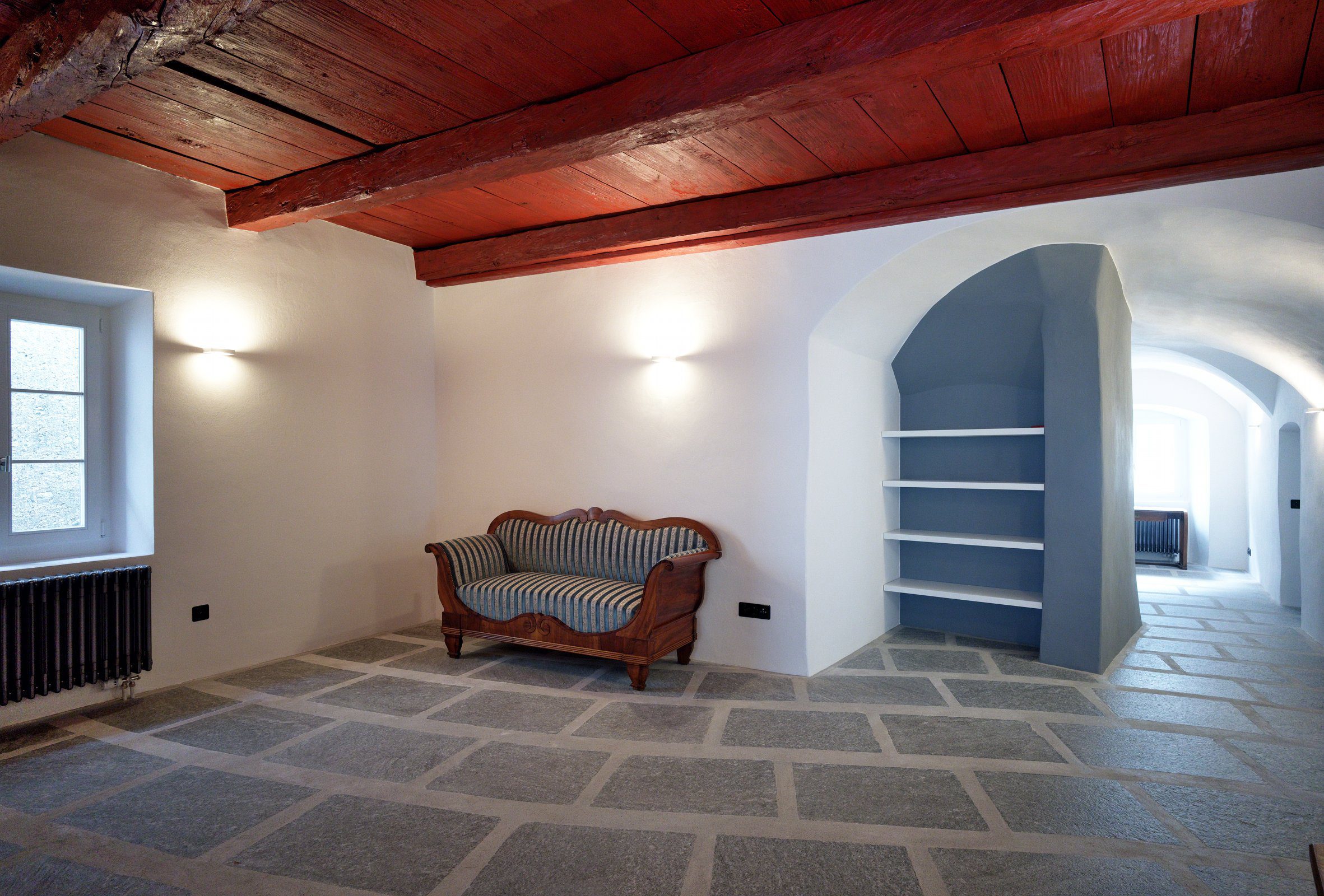 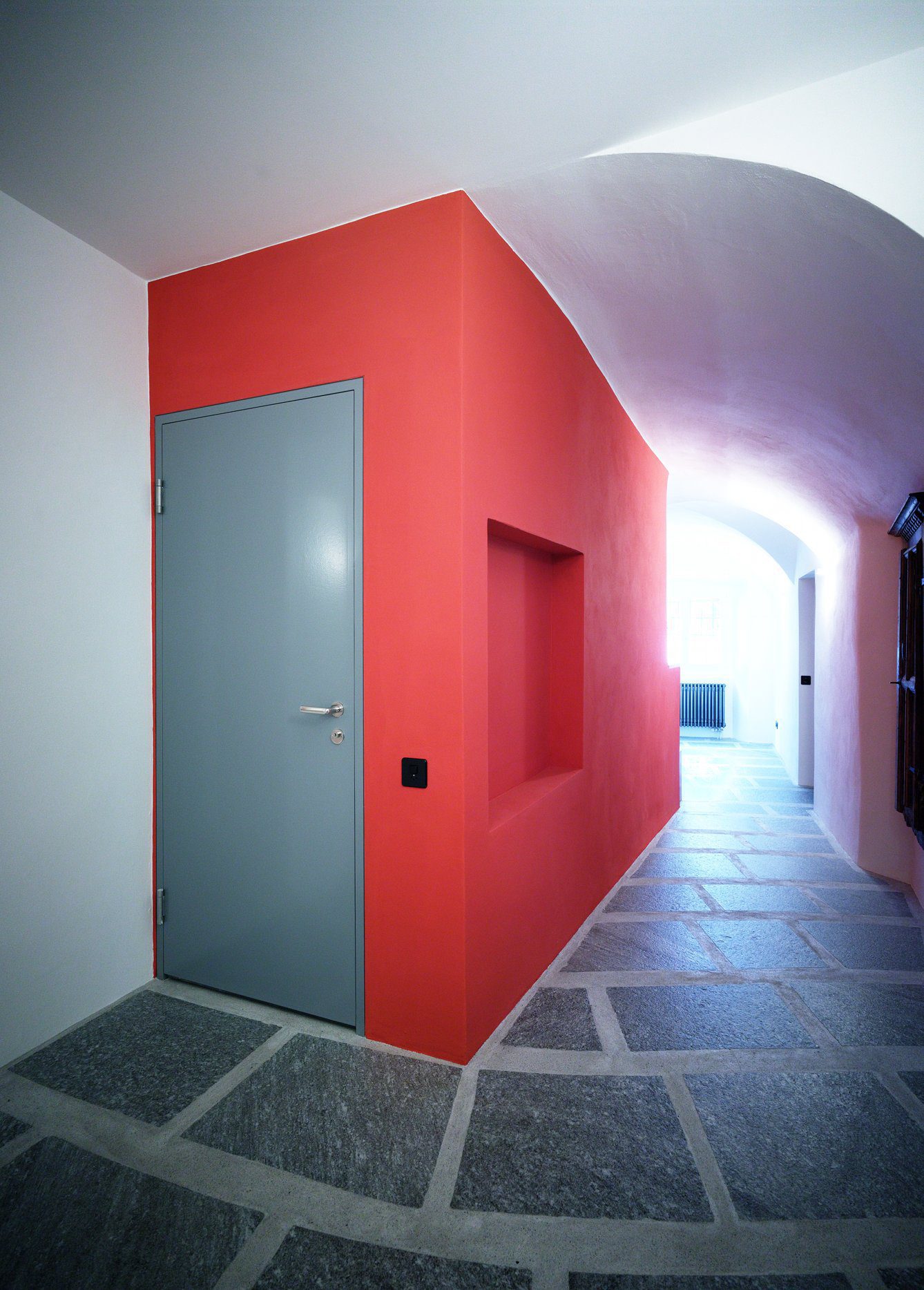 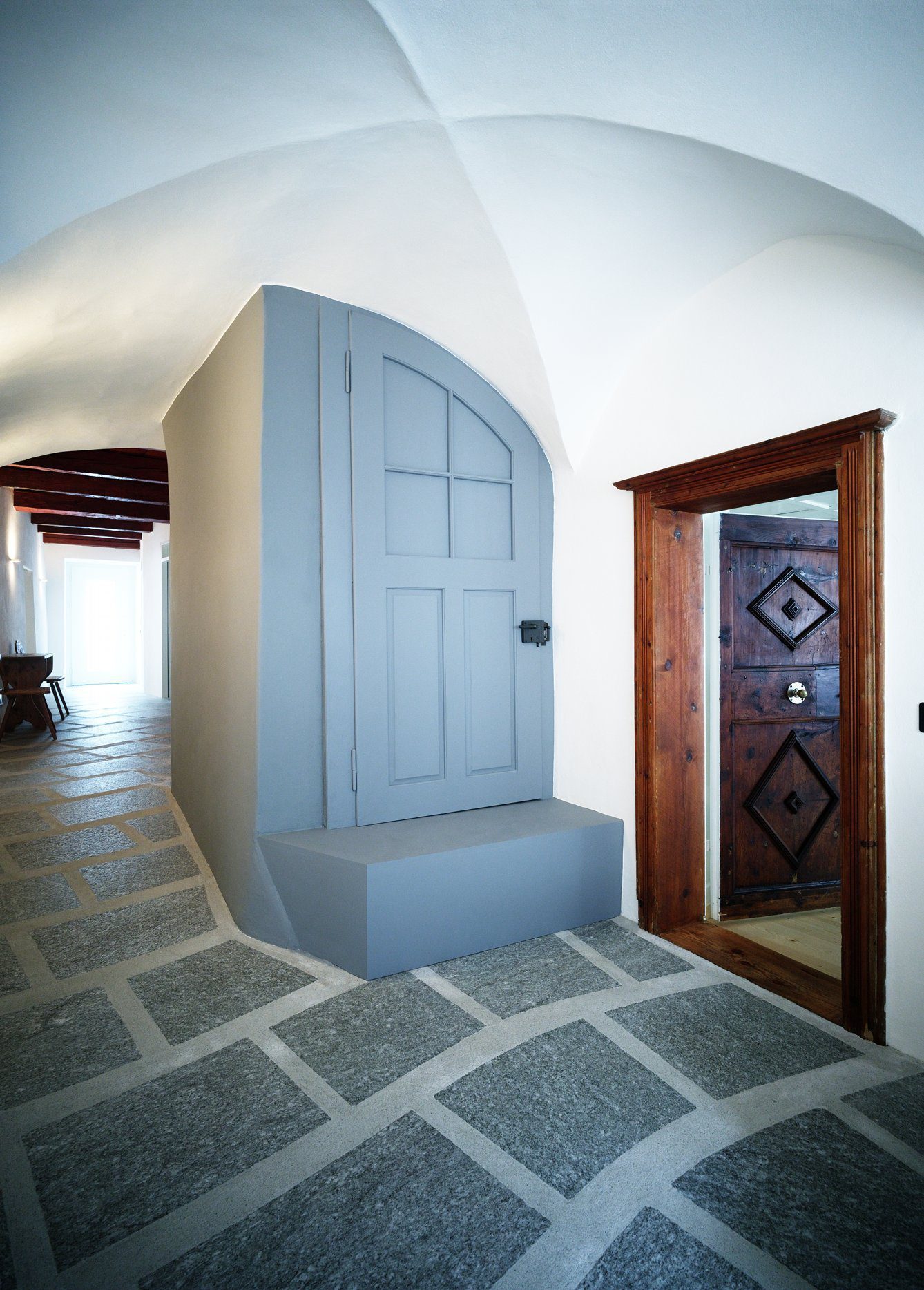 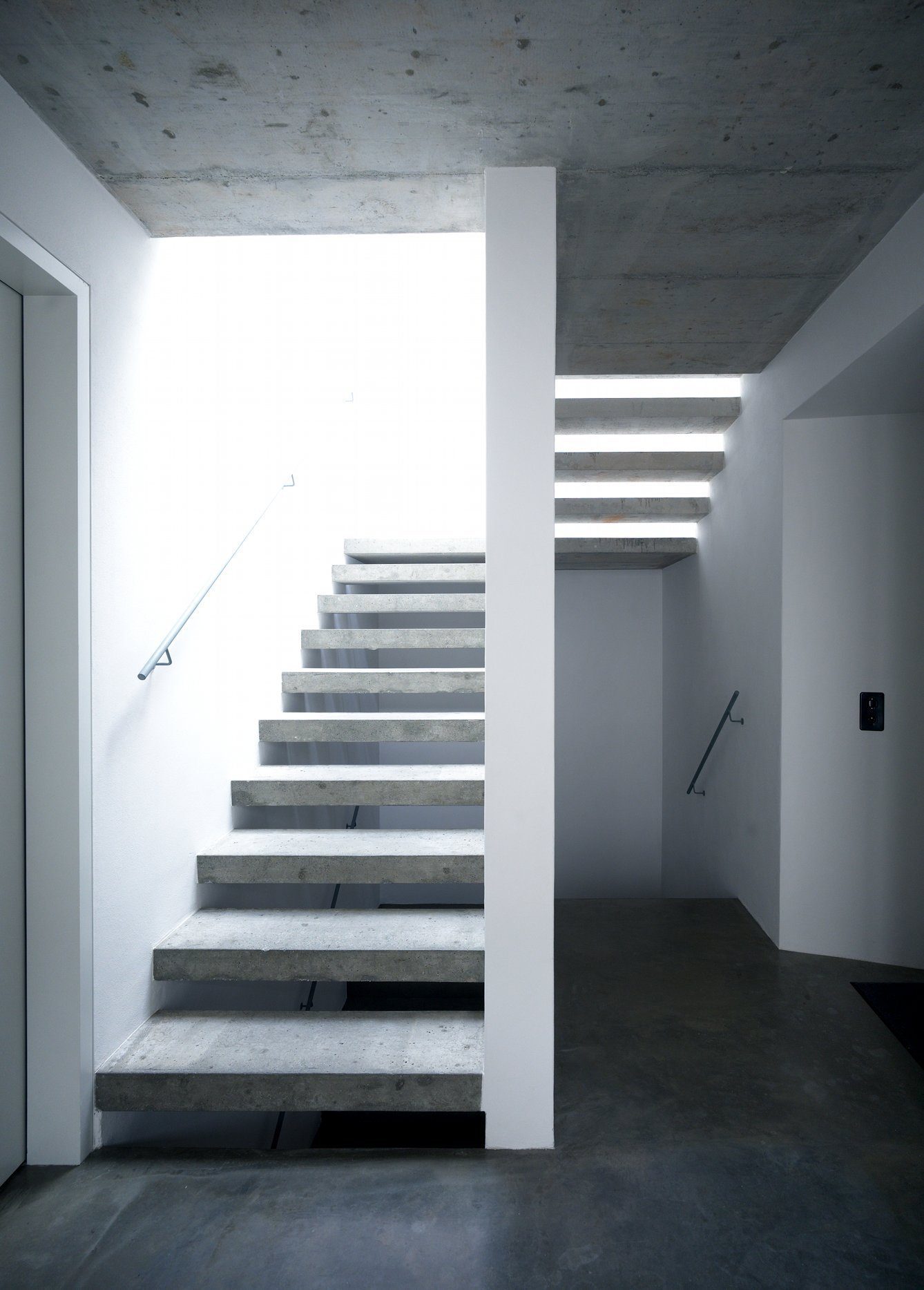 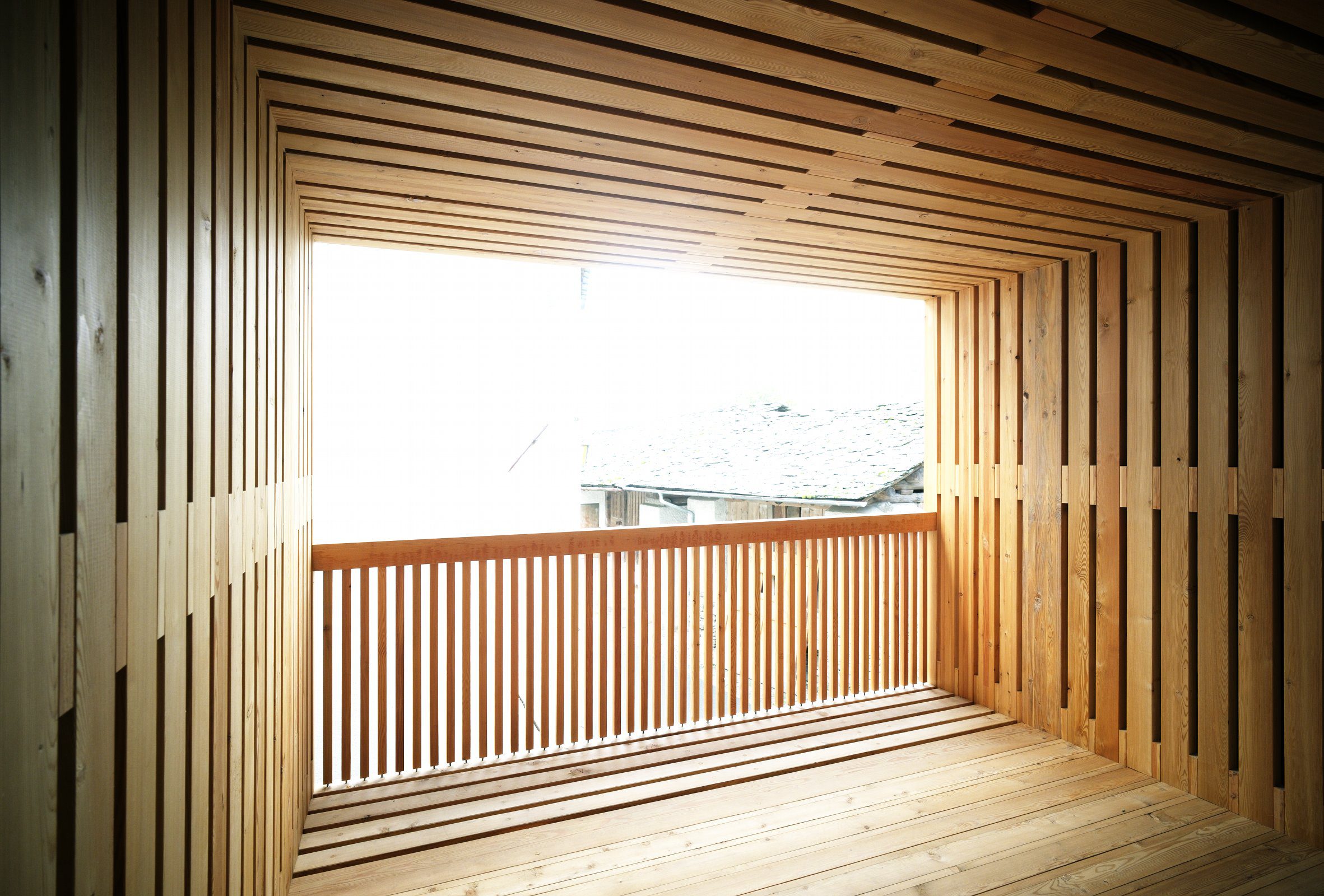 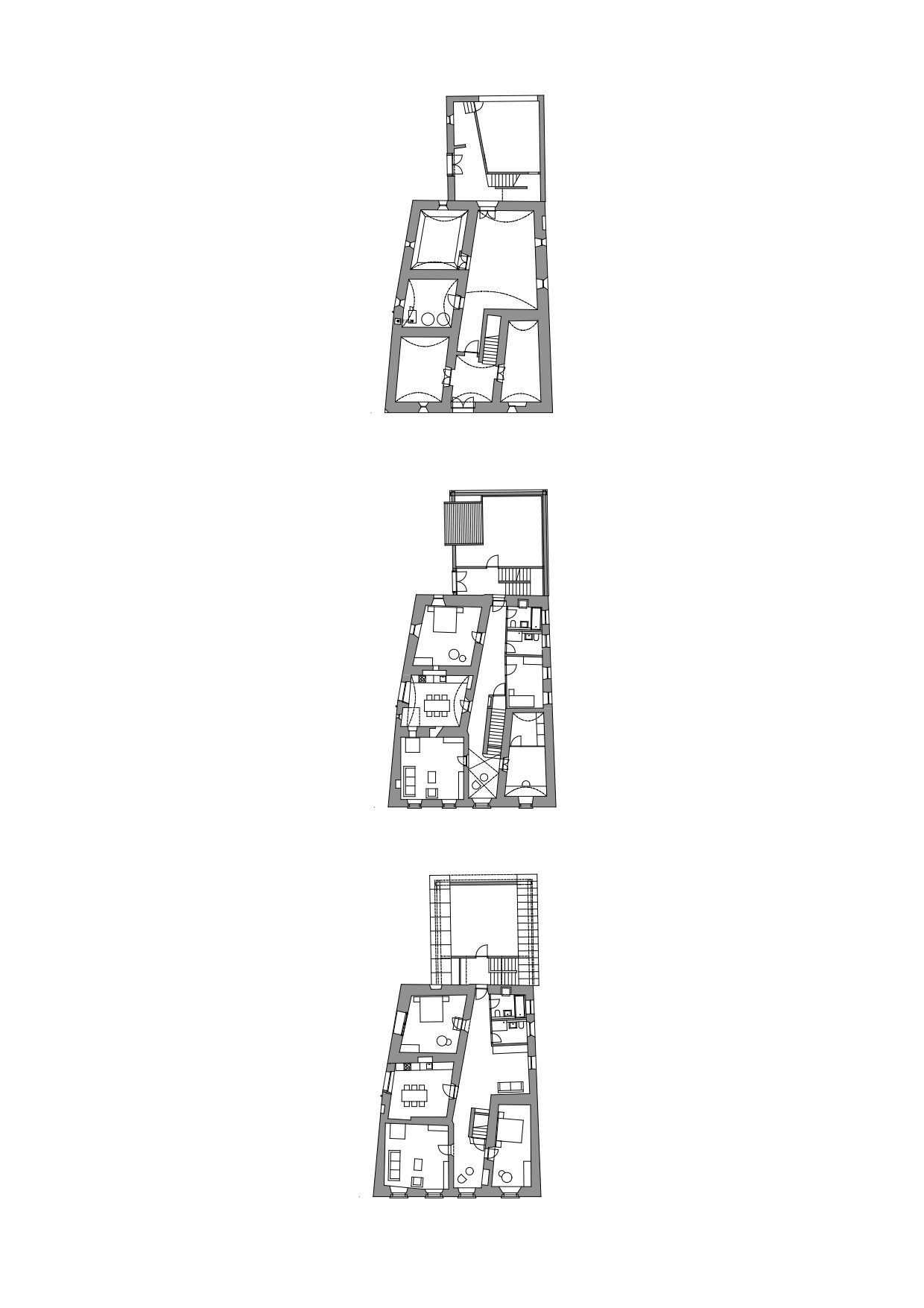 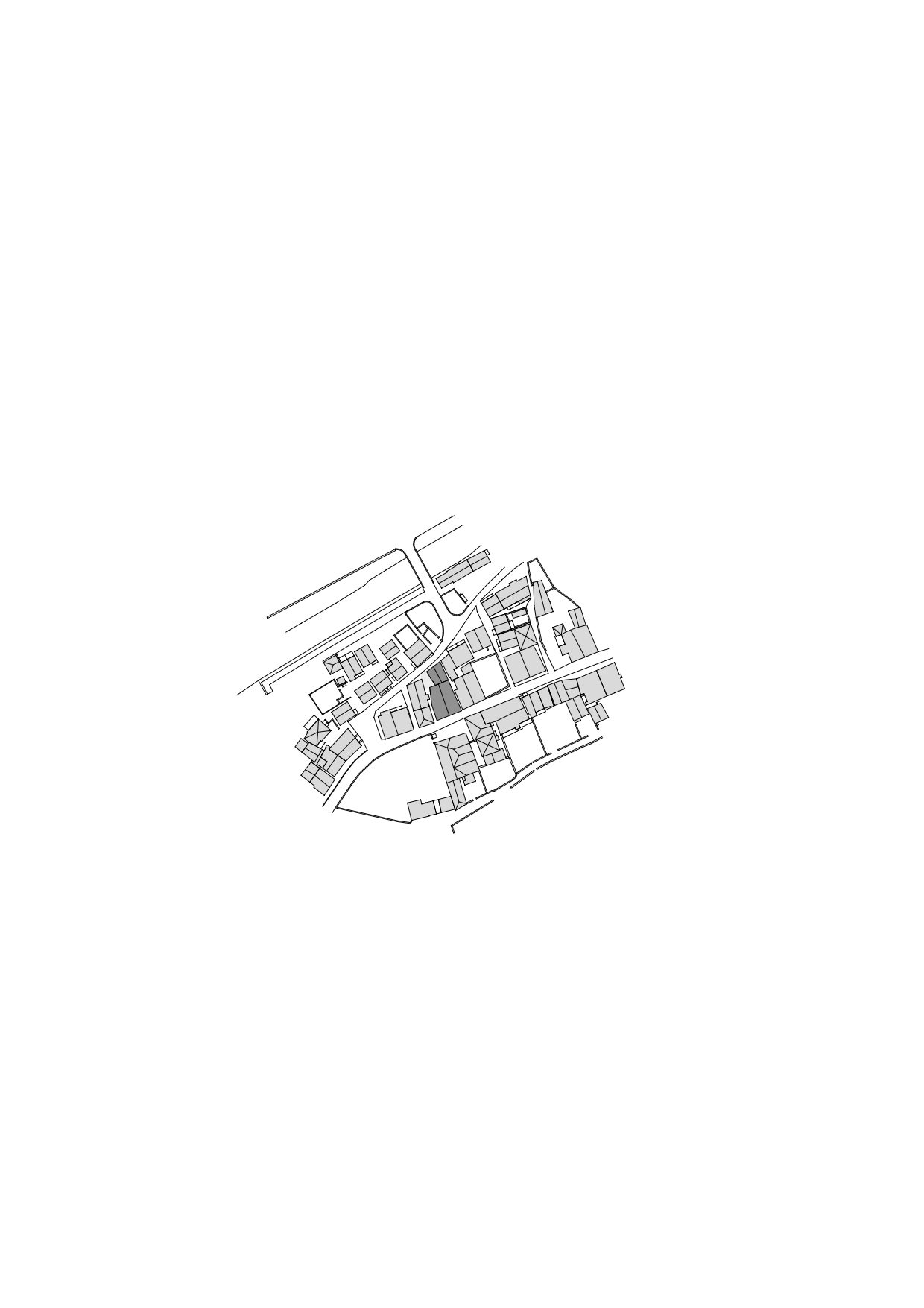 This project restored a patrician house and converted its stable extension. The historical building is situated on the main street of the village Vicosoprano. The building, which is enclosed between other buildings, has its entrance at the gable end and stretches backwards. As was traditional, the rear section of the house was used for farming purposes.

The project’s task was to provide separate entrances to the two apartments on the first and second floors, which had previously been connected by a common staircase. The final result respects historical construction methods and divisions by building a concrete staircase in the former stable. That creates a communal, unheated space that allows individual access to the two apartments and takes contemporary living requirements into account.

On the middle level of the former stable, an open, yet covered seating area was designed that does not protrude out of the façade and into the street, and instead, like a larch wood box, was inserted between the beams of the stable.

The new loggia should be regarded as a modern intervention that takes a certain compositional liberty in the traditional wooden structure. It thereby gains a special expression and can be integrated into the existing environment without any camouflage. The patrician house received a gentle renovation: refreshing the façades and installing new bathrooms.

Link to the project on the architect / engineer website: http://www.ruinelli-associati.ch/it/progetti/restauro-casa-patrizia