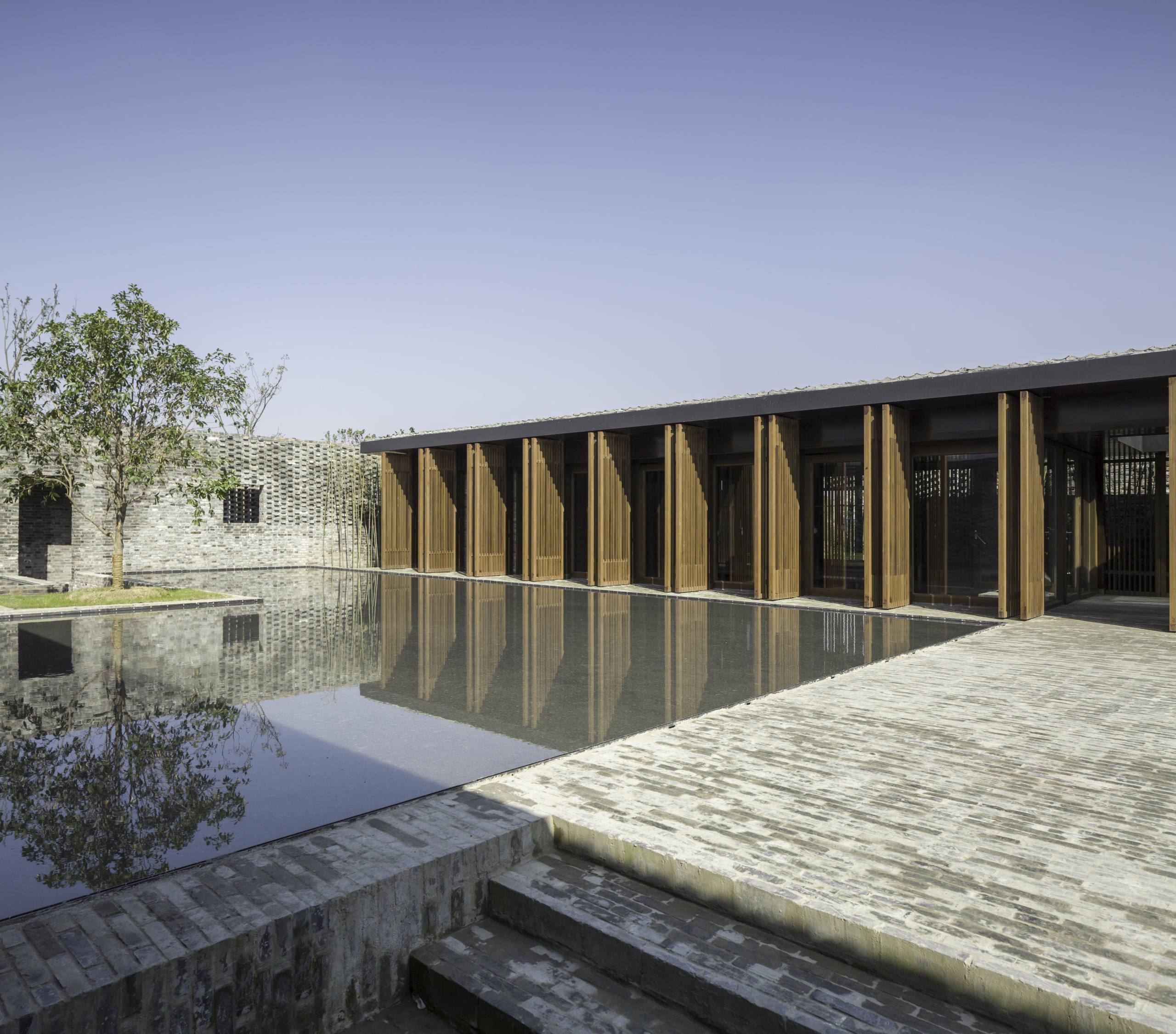 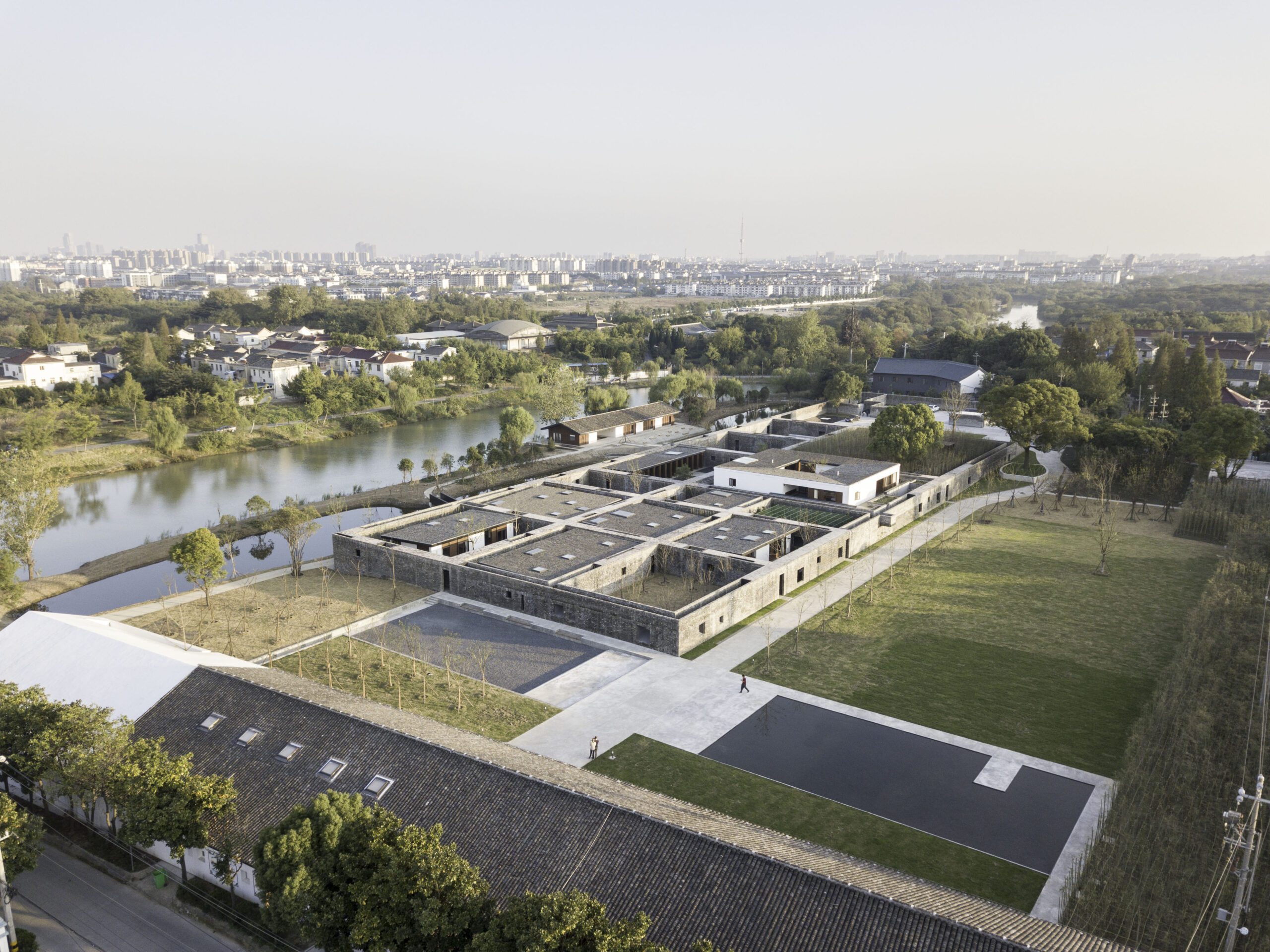 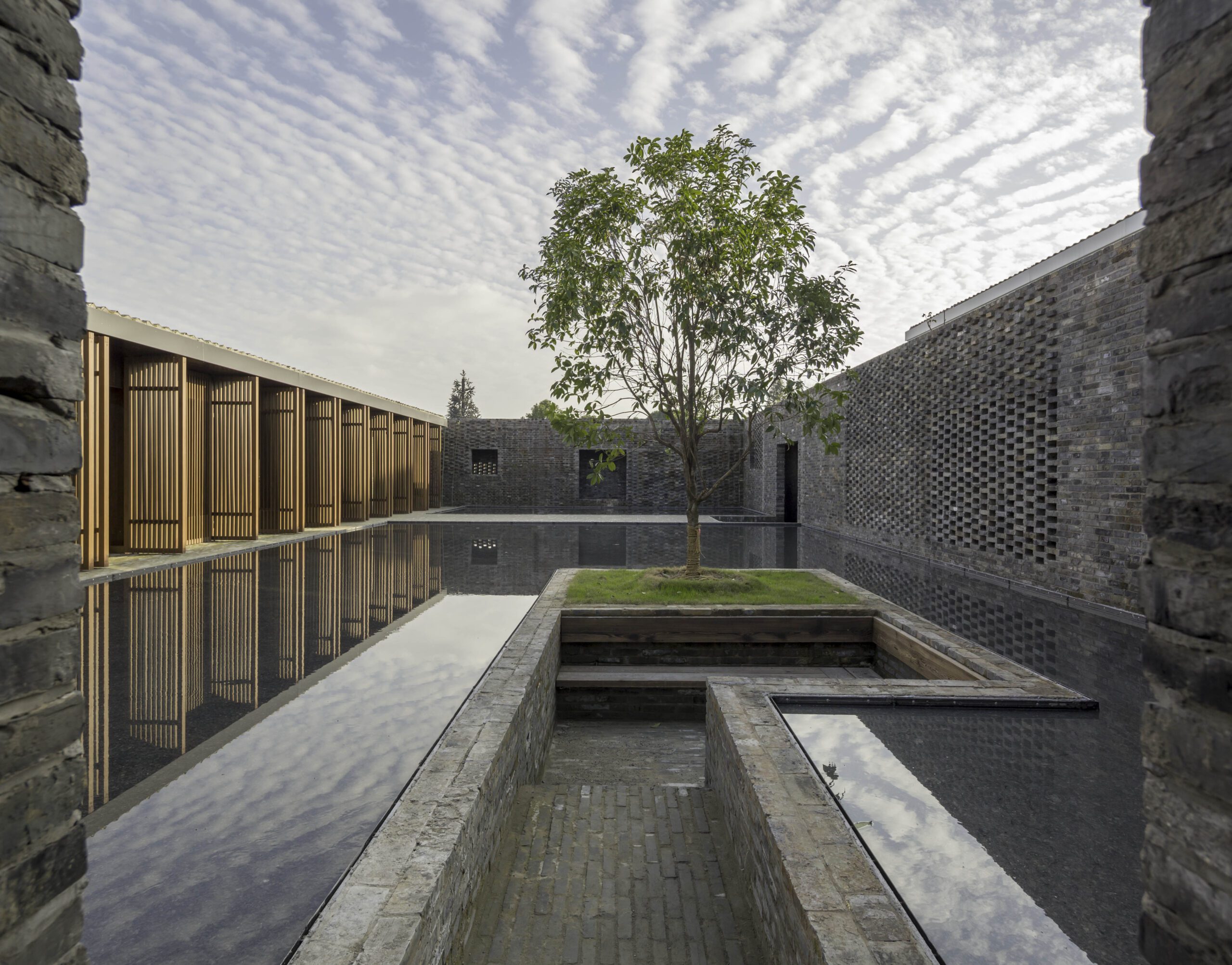 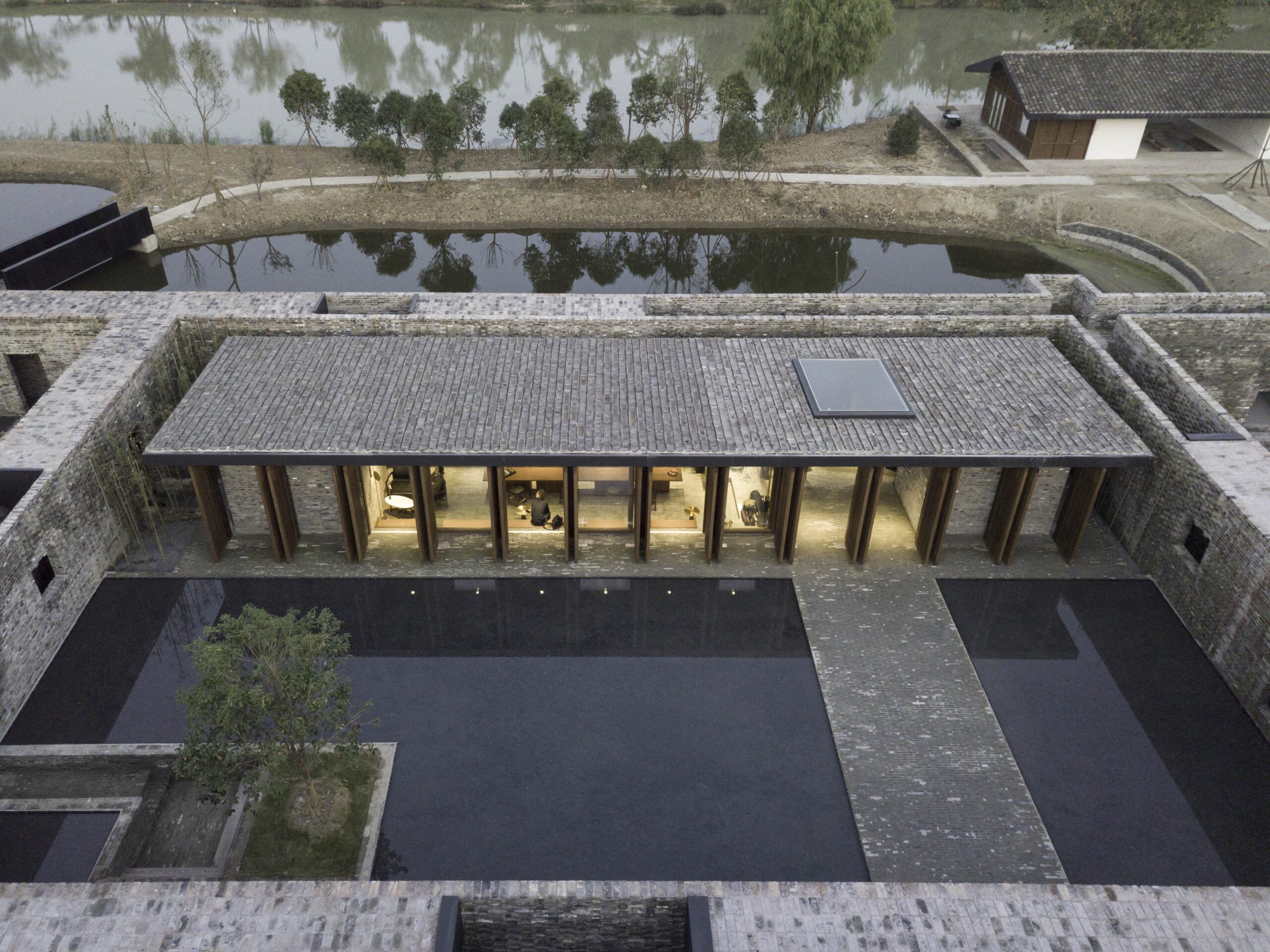 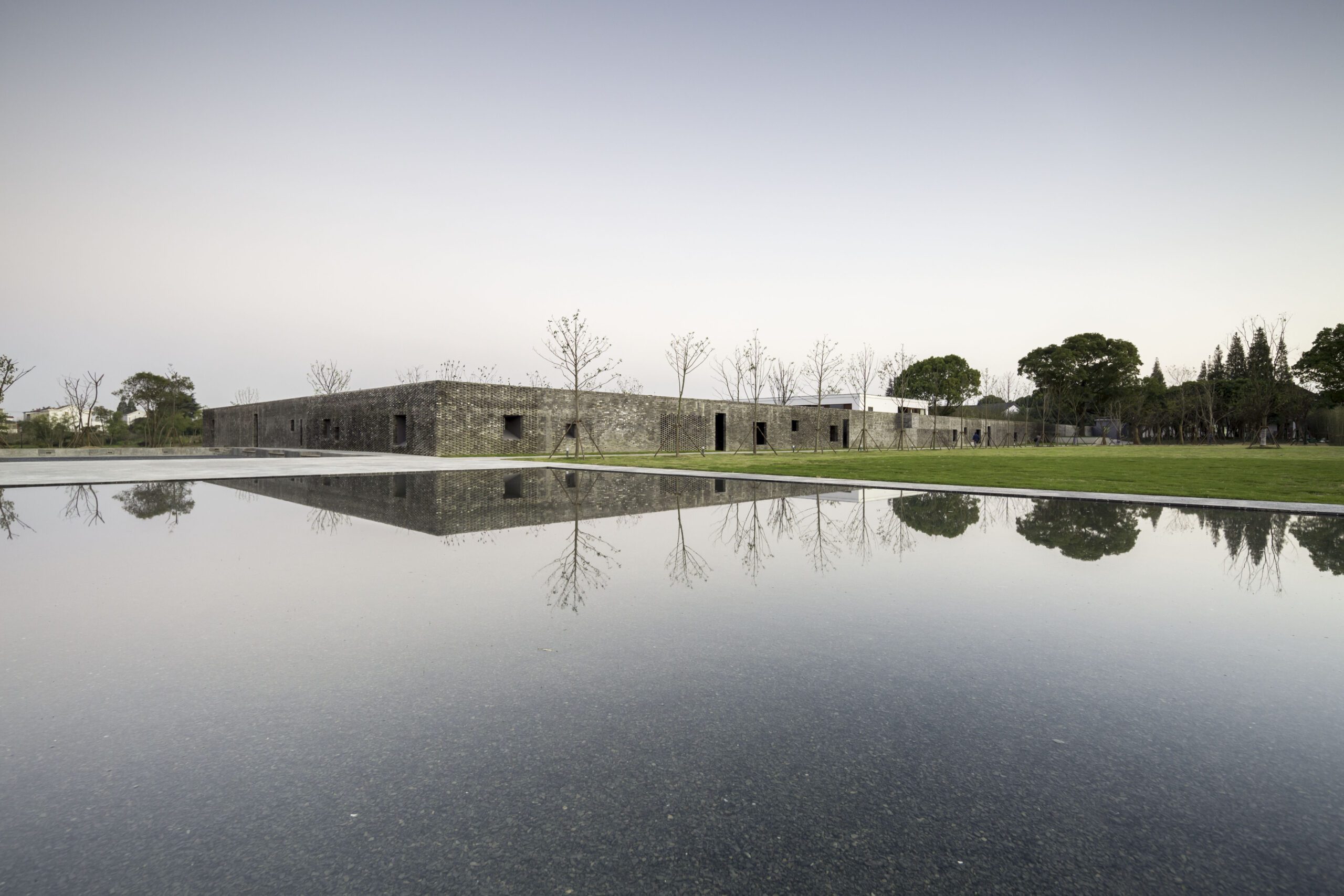 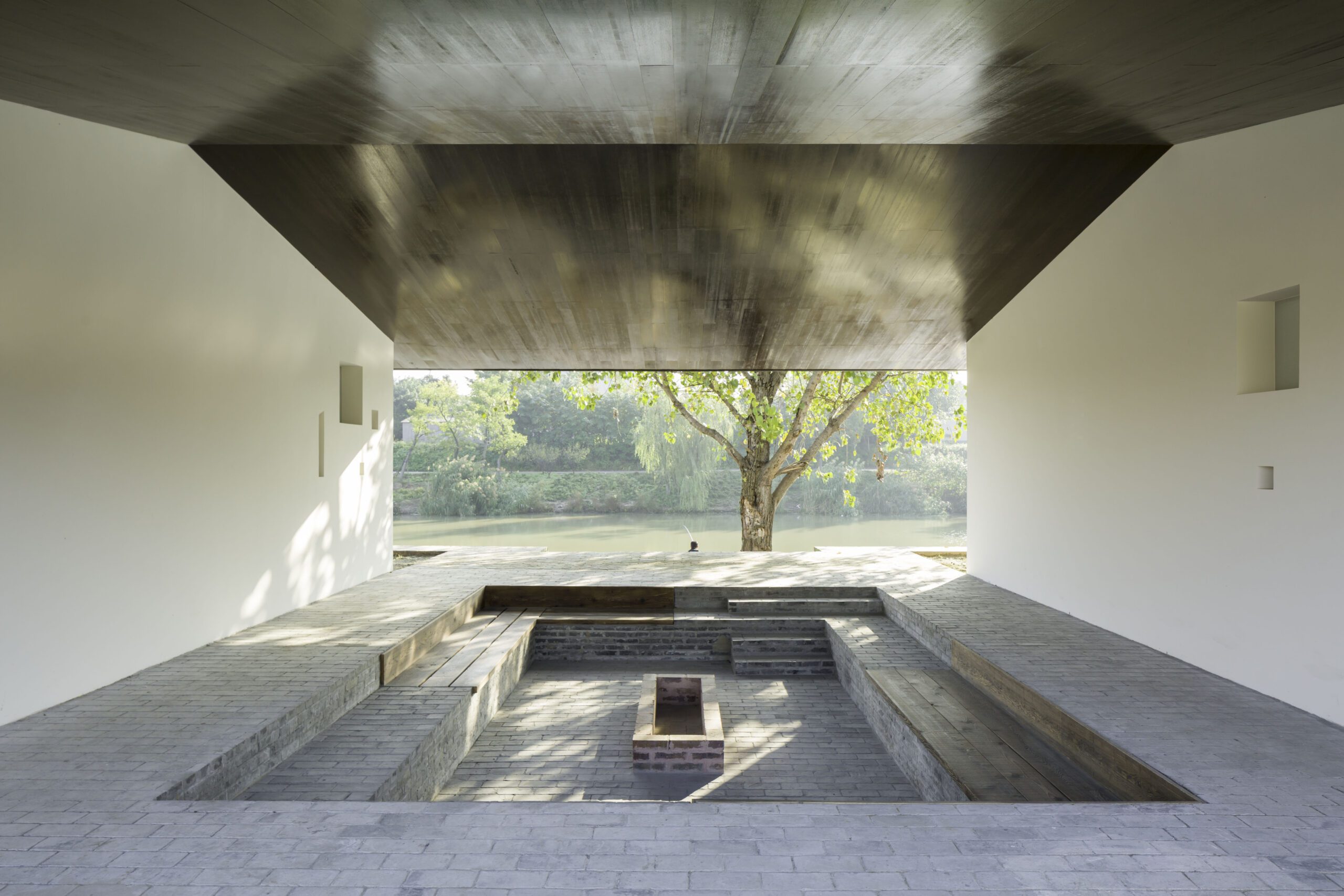 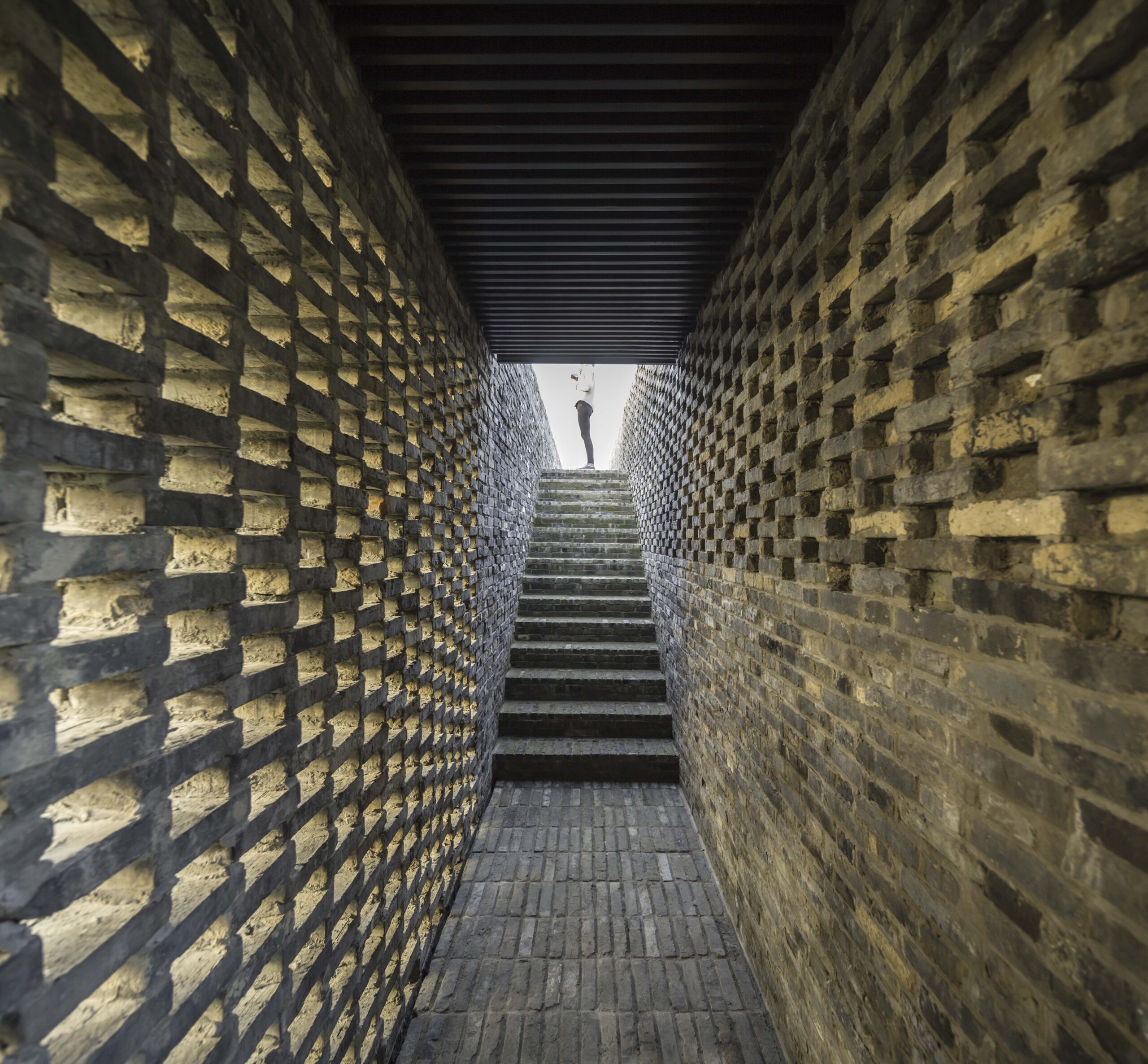 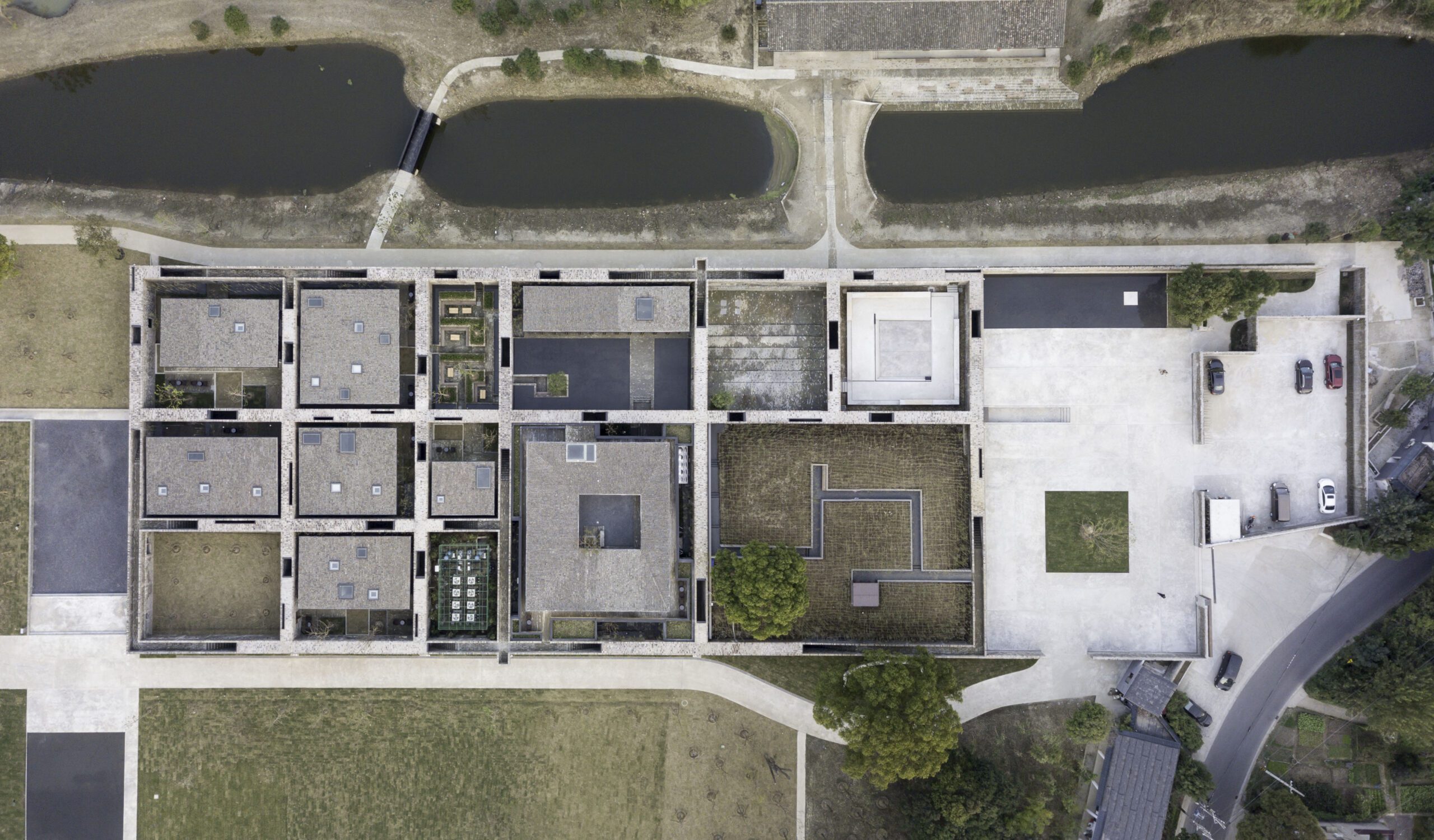 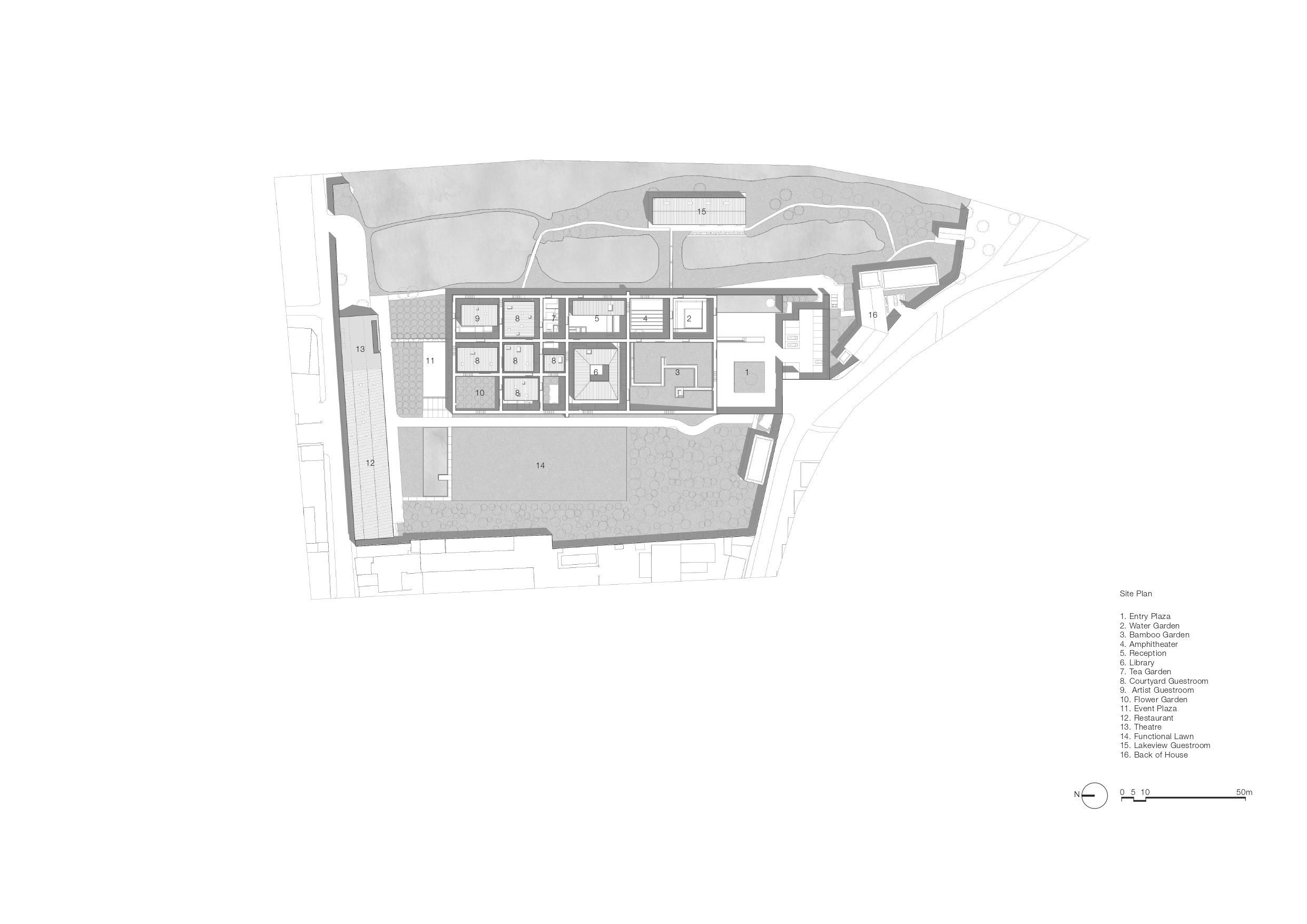 Situated in close proximity to Yangzhou’s scenic Slender West Lake, the site given to Neri&Hu to design a 20-room boutique hotel was a challenging one, dotted with small lakes and a handful of existing structures.

The design brief called for the adaptive reuse of several of the old buildings by giving them new functions, while adding new buildings to accommodate the hotel’s capacity needs. Neri&Hu’s strategy to unify these scattered elements was to overlay a grid of walls and paths onto the site to tie the entire project together, resulting in multiple courtyard enclosures. The inspiration for the design actually originates with the courtyard house typology of vernacular Chinese architecture. As with the traditional courtyard, the courtyard here gives hierarchy to the spaces, frames views of the sky and earth, encapsulates landscape into architecture, and creates an overlap between interior and exterior.

Constructed entirely from reclaimed grey brick, the gridded walls’ narrow interior passageway forces a long perspective, while light plays off the various brick patterns, enticing guests to venture ever deeper into the project. Within the walls, several of the courtyards are occupied by guest rooms and other shared amenities such as the reception, library, and restaurant.

Many of the building roof lines are confined within the height of the walls surrounding them, so that they are not visible from afar. Hotel guests traverse the site using the walled pathways to discover their rooms. Once within, there is a clear separation between the building and the walls, a layering of privacy and a sliver of landscape for guests to enjoy. Other courtyards are unoccupied, pockets of lush garden to offer relief from the sense of enclosure.

Journeying along the walls, guests can also ascend through openings above to gain privileged vantage points that look out across the gridded landscape and beyond to the surrounding lakes. Here three additional buildings take their place in the panorama; the rising second floor of the largest courtyard building, a lakeside pavilion of four guestrooms, and a multifunction building at the furthest reaches of the site.

Renovating the existing derelict warehouse building, with a partial new concrete addition, this multifunction building houses a restaurant, a theater and an exhibition space. With this project, Neri&Hu’s ambition lies in utilizing a strong landscape element—the wall and courtyard—to unify a complex site and program, while the rustic materiality and layered spaces seek to redefine tradition with a modern architectural language.

Link to the project on the architect / engineer website: http://www.neriandhu.com/en/works/the-brick-wall-tsingpu-yangzhou-retreat