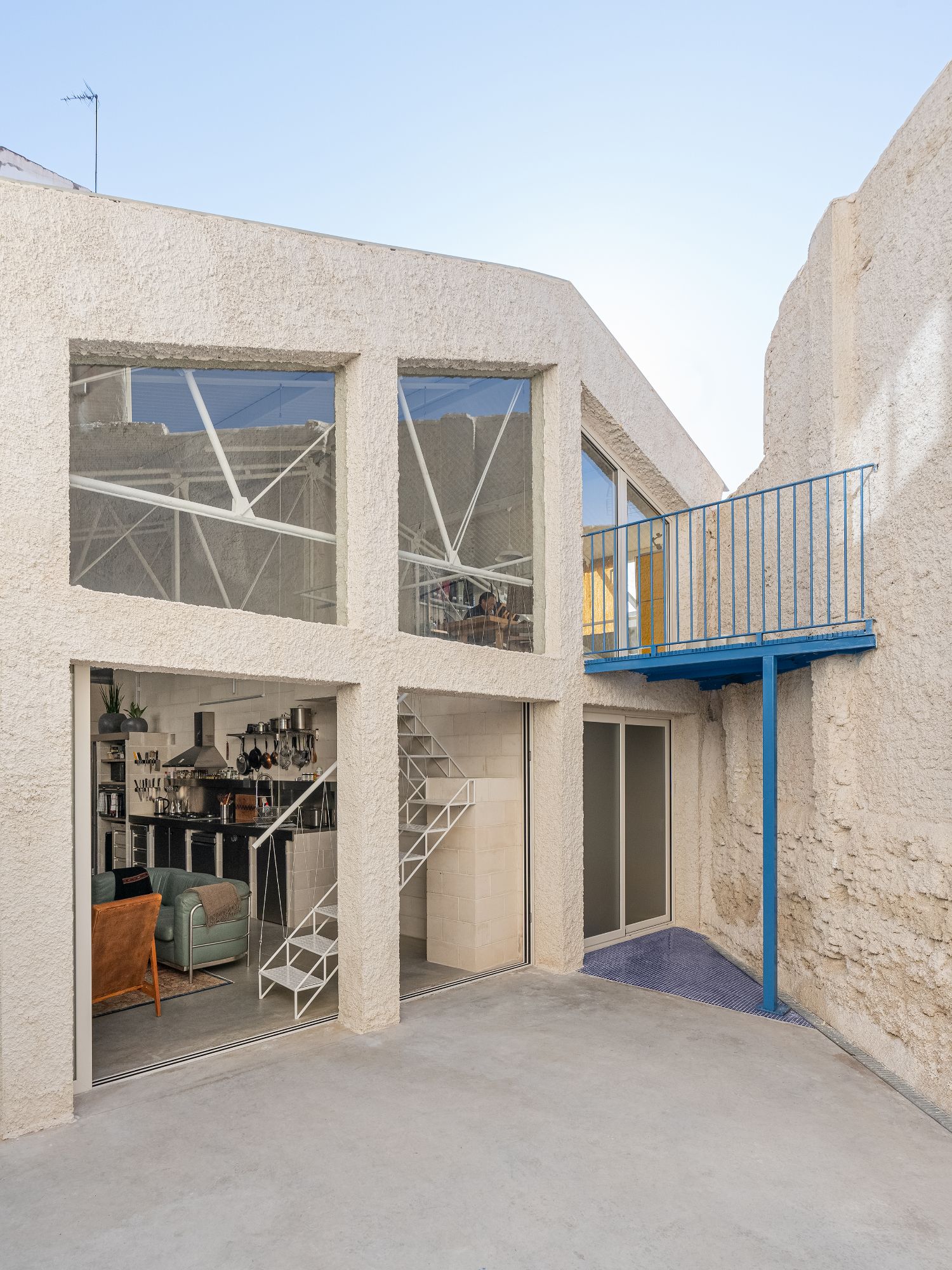 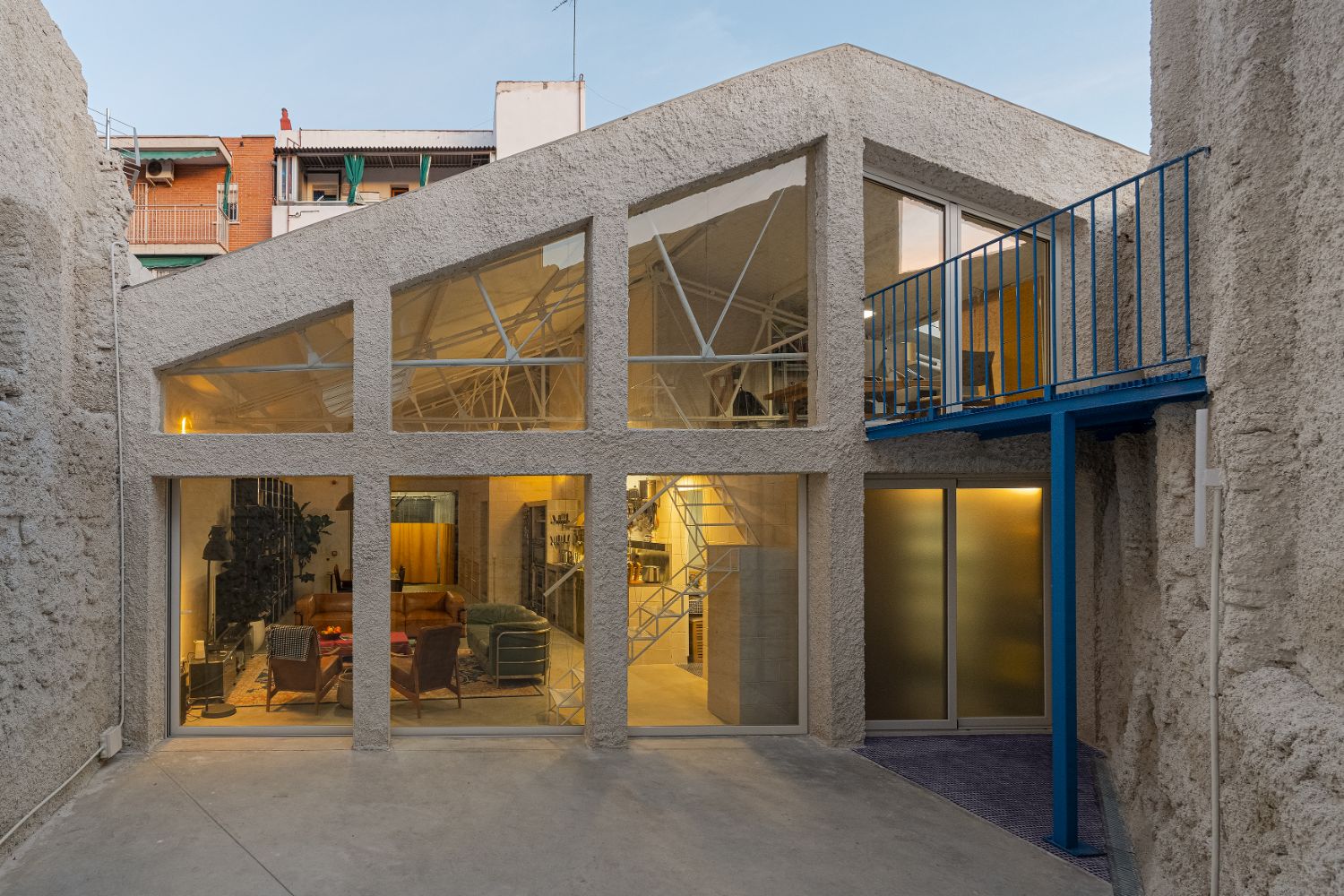 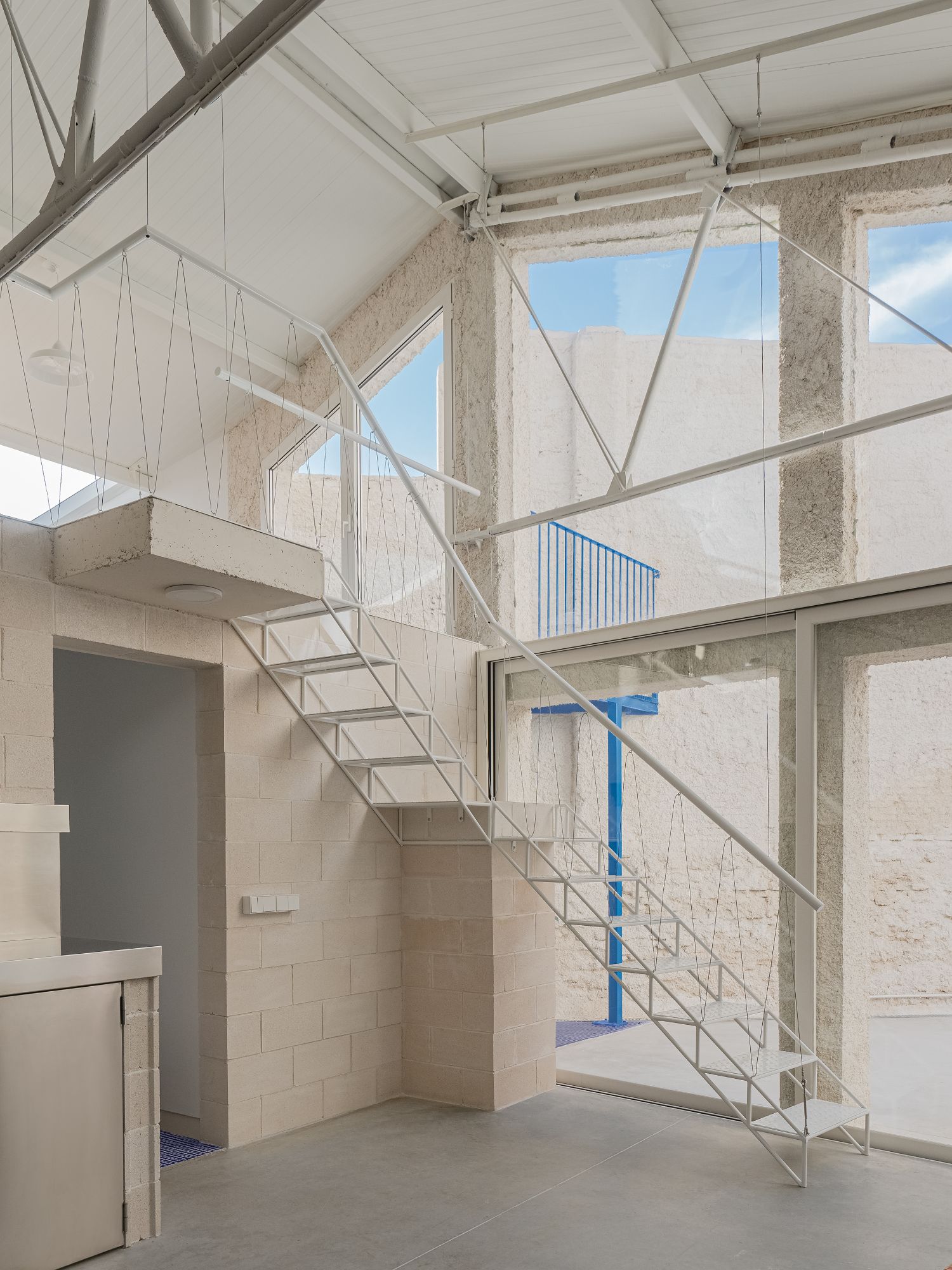 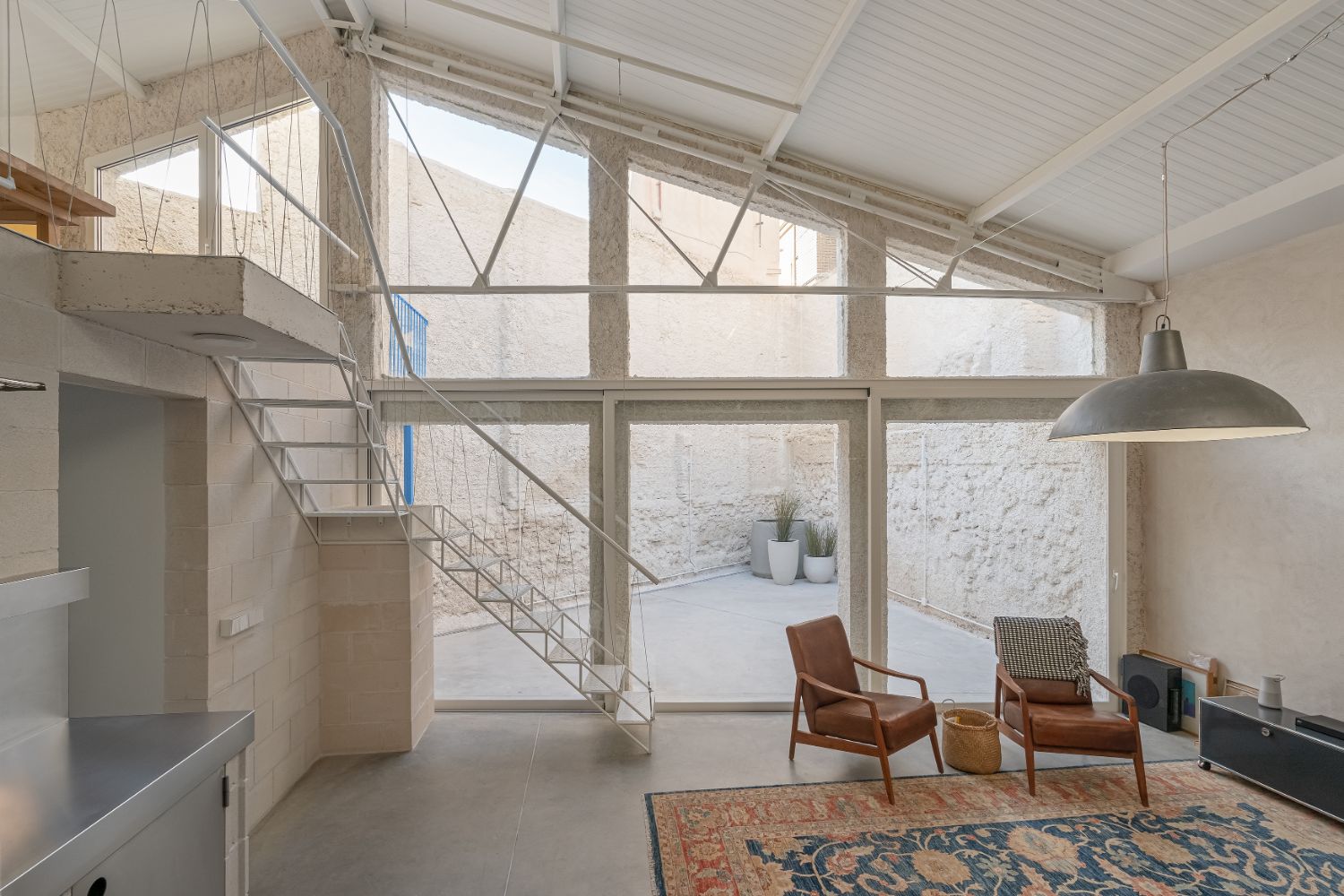 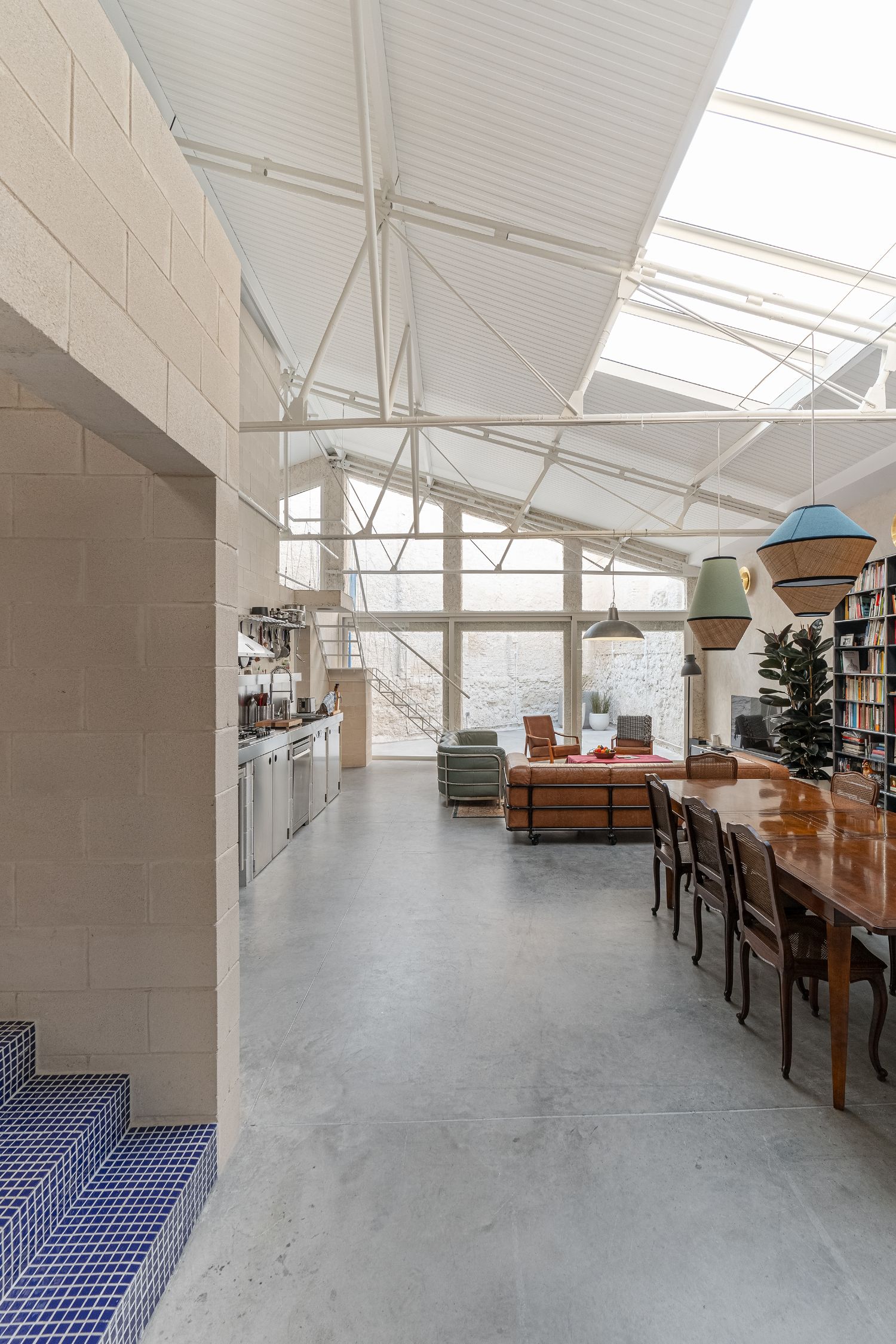 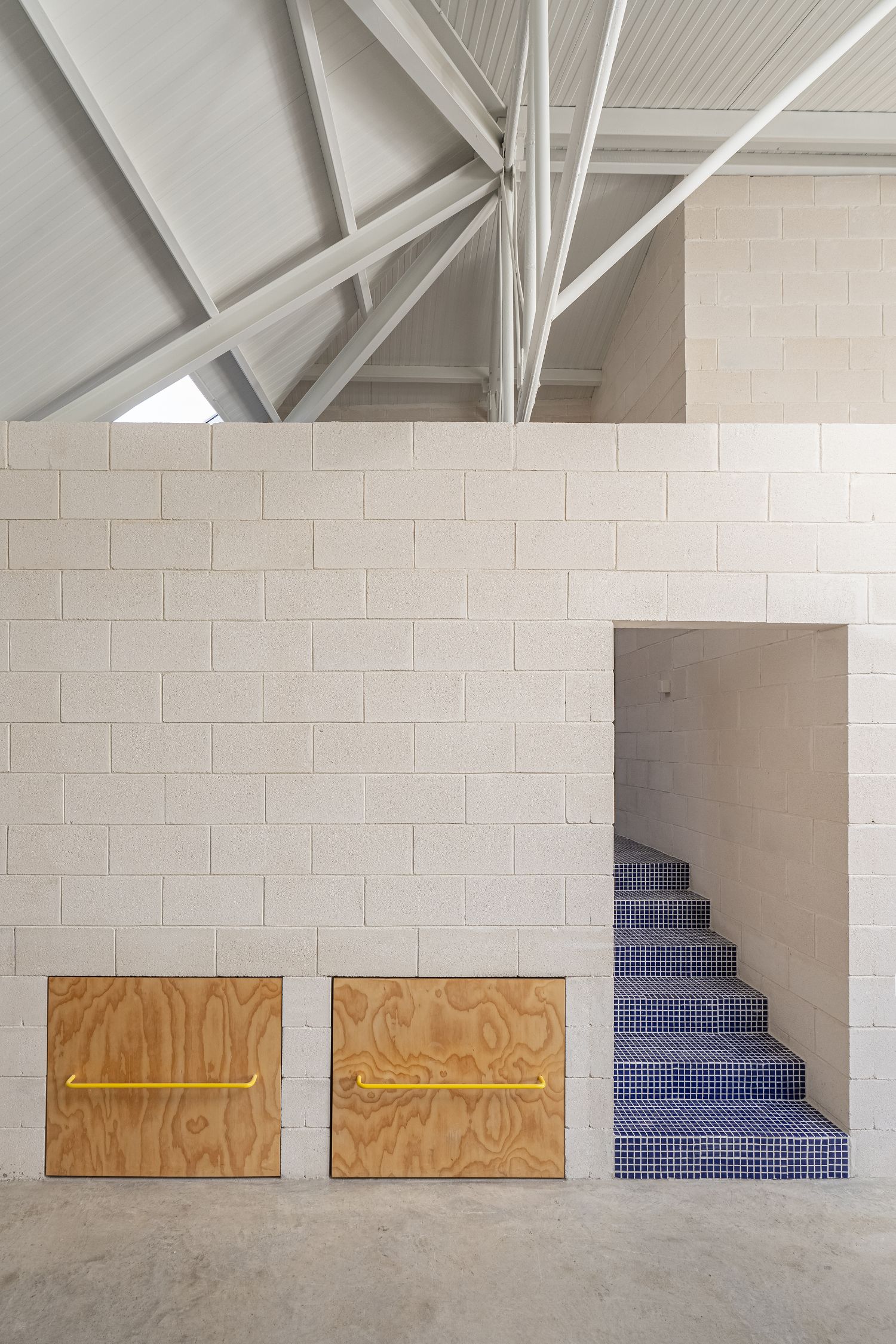 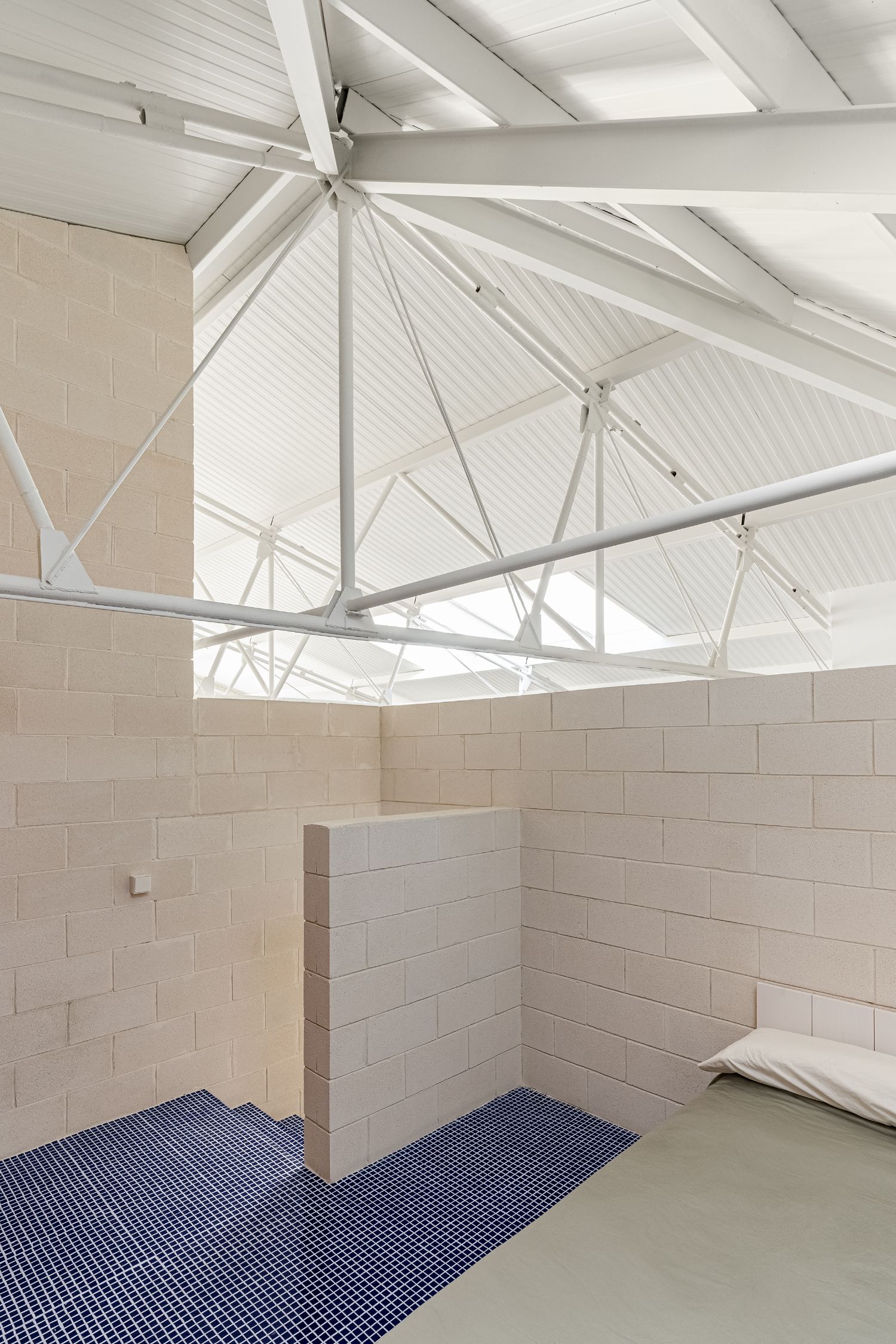 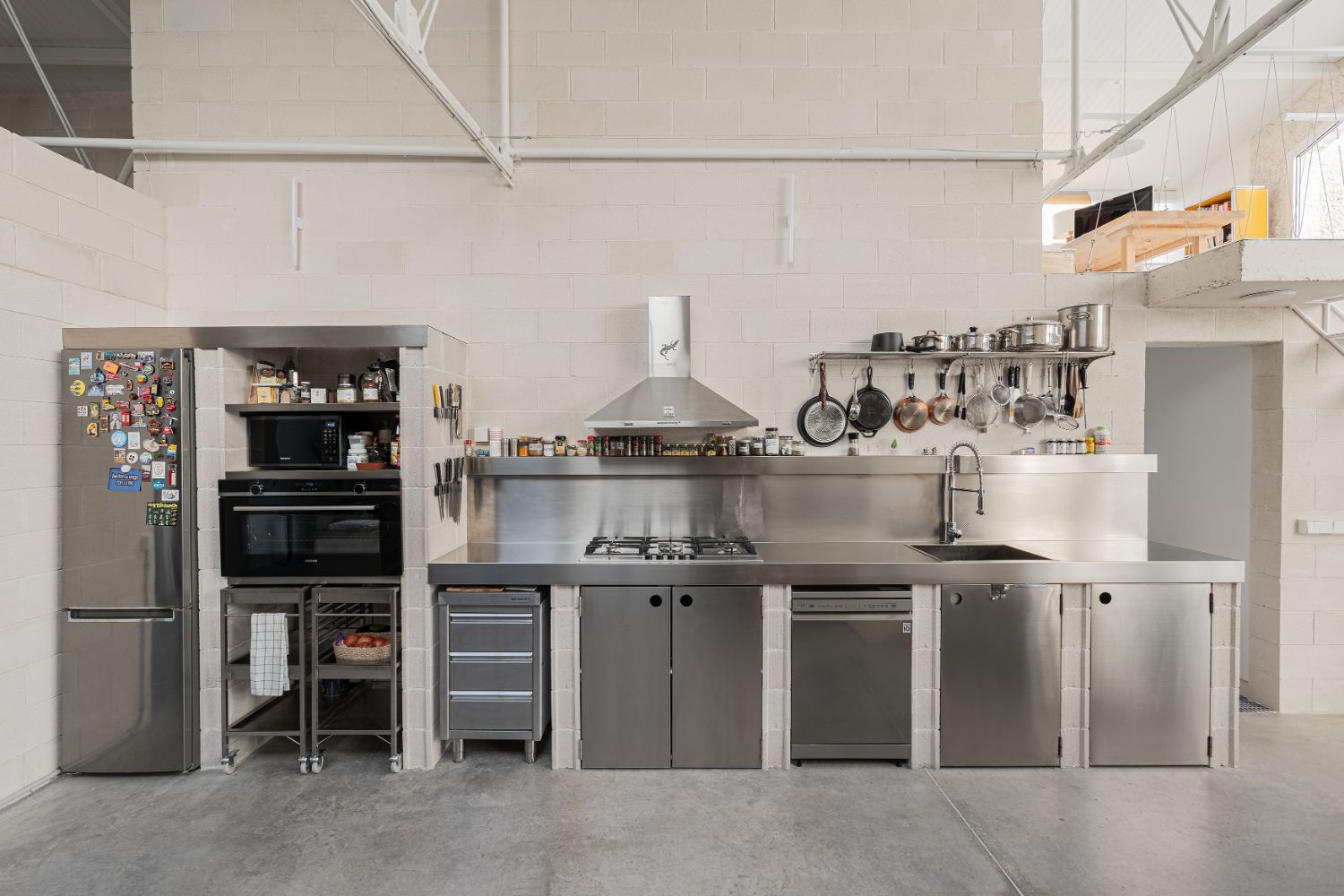 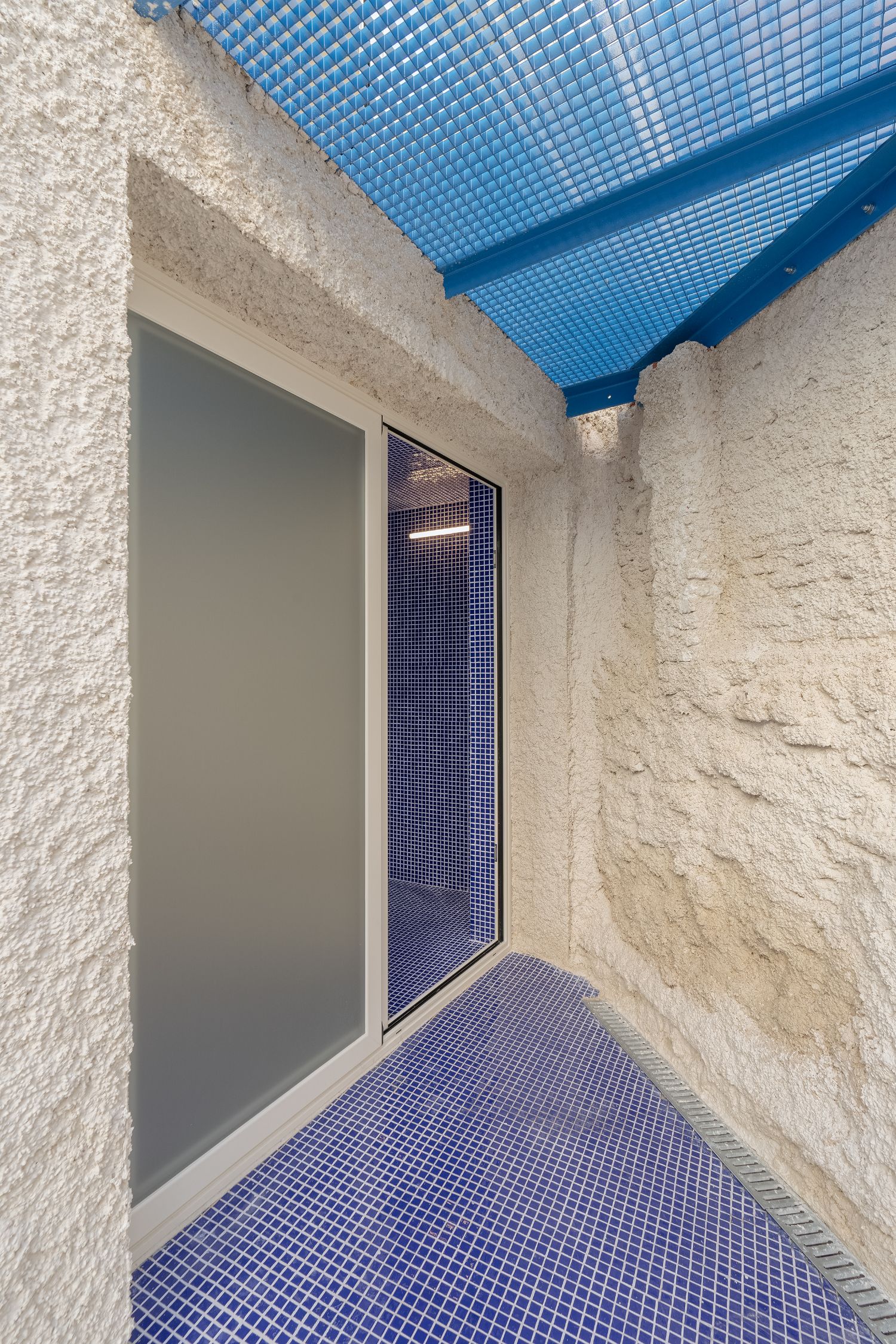 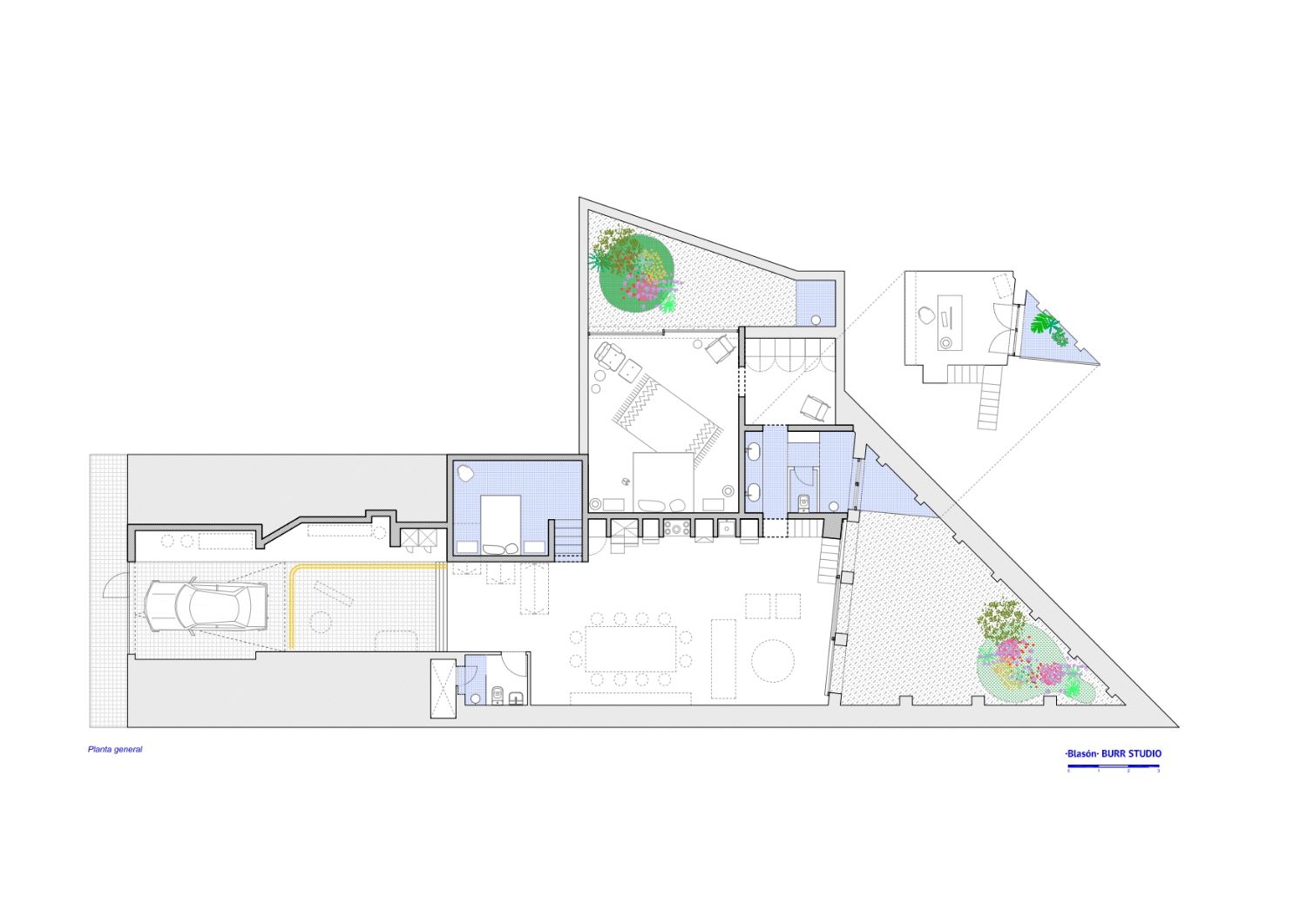 Blasón is part of a project series called “Elements for industrial recovery” a strategic toolset to protect the city’s industrial heritage.

Industrial activity in the center of the city of Madrid has gradually decreased in the last 30 years to end up in the current situation: a foreseeable disappearance. The explosive rise in property value, noise- or environmental protection measures and traffic density, among other reasons, have led to a diaspora of industrial activity from the city center to the outskirts. Accordingly, industrial buildings in the urban fabric are under risk of extinction. Current urban planning regulations encourage property owners to change the land use from industrial to residential, which requires a reduction in the usable area, leading to the demolition of part of their properties: the warehouses. The incentive to make such conversions is provided by the real estate market, which causes the value of the plot to raise up to 4 times its original price when it is transformed into a residential space,  mainly prompted by the rental price increase that the city is undergoing in the last years. This situation increasingly condemns the city to a single use and this typology to disappearance. Our proposals aim to become a strategic toolset to protect the industrial heritage of the city through land-use and occupation alternatives that allow to extend this typology’s life and avoid its demolition.

Blasón is organized along a large wall: a central spine that separates the more public areas from the more private ones. It is also a large servant element, which contains all the facilities of the building and supports other objects and functions required to live in this space. As different elements adhere to the wall, they cause ledges, gaps, abutments and buttresses. All these projections adapt to the functions that each space requires, becoming for example a support structure for the kitchen or a platform on which two sections of a metal staircase lean to give access to a study. The openings that appear along the wall lead to the bedrooms and bathrooms, separated from the more public areas used as a garage, gym, kitchen, dining room or living room. The wall is built out of white concrete bricks, which are only superficially clad to support specific features such as the kitchen, with stainless steel, or the bedrooms and bathrooms, with ceramic tiles.

On the contrary, the project for the roof preserves the original structure, which is extremely slender, complementing the metal framework with additional steel bars to strengthen the whole and thereby avoid increasing the thickness of the elements.

Originally this building had two interior courtyards that, as a result of the various reforms and modifications that this structure has undergone over the years, were built to extend the interior areas. The current project restores these courtyards to ensure cross ventilation and the possibility of opening up the spaces towards the interior of the block instead of having to do so to the street. This caused the appearance of the exterior facade to the courtyard, which picks up the rhythm of the original pilasters of the boundary walls to configure the rythm of the facade. All the exterior walls are materially unified with a rough mortar, called Tyrolean plaster.Despite the interior divisions that the intervention generates, Blasón is a single air volume that connects all the spaces at different heights.

Blasón is the home and studio of the writer Juan Ramón Silva Ferrada.

Link to the project on the architect / engineer website: https://burr.studio/