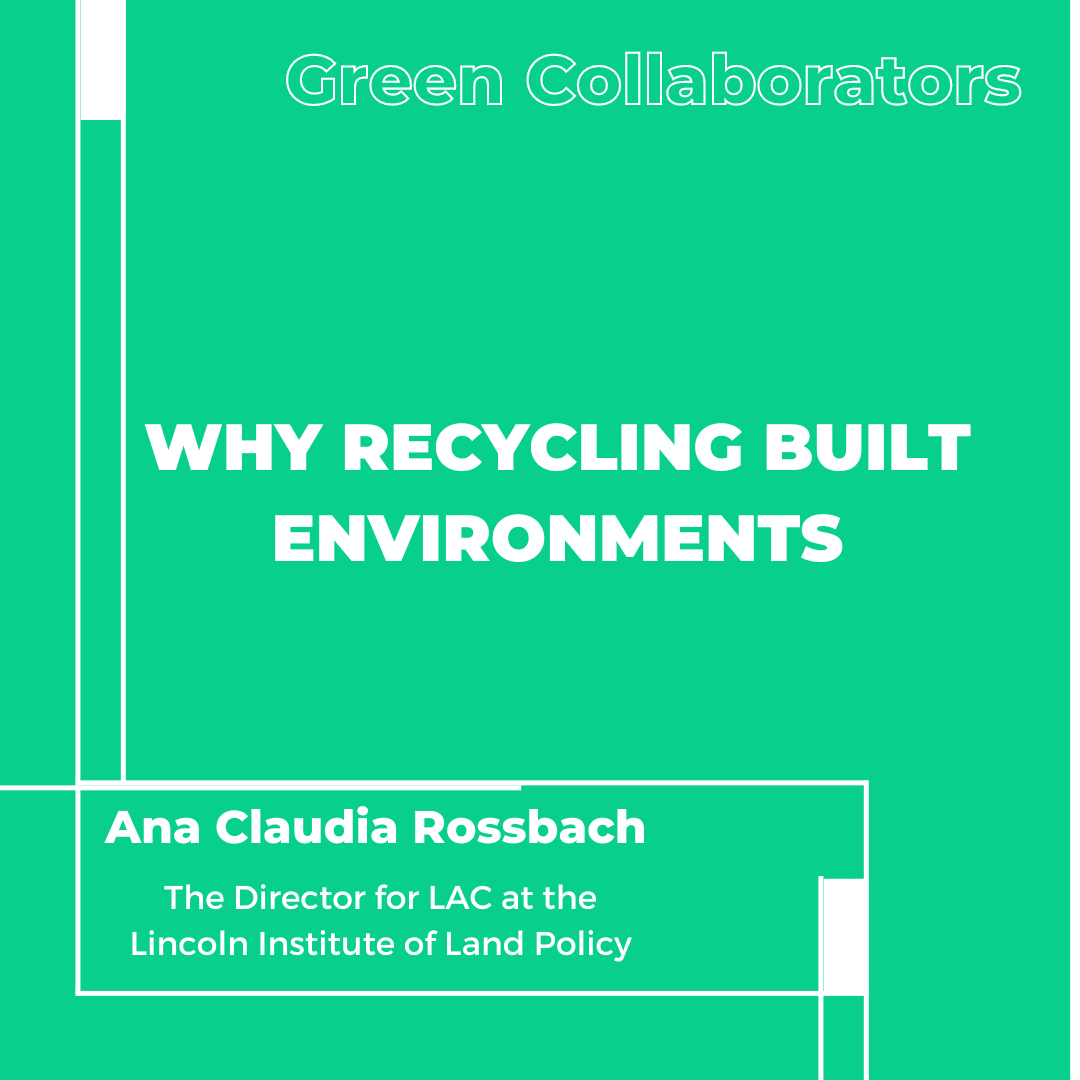 The world is becoming increasingly urbanized. By 2050 half of the cities’ inhabitants will be living in informal settlements (The Atlas of Informality). Globally more people live in urban areas than in rural areas, and at the same time there is a boost of slum dwellers. The United Nations (UN) estimates almost 1 billion slum dwellers living on the planet,  this can be more now after two years of pandemic and its severe economic impacts on vulnerable urban households.

Cities have gone from being the symbol of progress and the organizing center of society and development to the core of the human and environmental crisis affecting the planet. This has paradoxically  generated  development but also social and environmental degradation at various scales (local, regional, national, and global). In fact, urban spaces must be reviewed within the principles of sustainability aiming at local and global habitability. For this, it will be necessary not just to rationalize the use of energy, specifically used in the construction of new residential buildings, but also restructure the urban functions in accordance with the built environments and the social reality of post covid. Therefore, decarbonising the building and construction sector is a must.

According to United Nations (UN) statistics, cities represent 3% of the planet’s surface, but are responsible for 70% of greenhouse gas emissions and almost 40% are related to energy, as a result of the construction of new residential buildings (https://tinyurl.com/2p8ez9rj). In this sense, it is essential to take advantage of existing residential buildings, since there are many vacant and underutilized and it’s very common to find them in big and medium-size cities, especially in the metropolises, it’s necessary to identify and map these locations so that they can have a social purpose.

The identification of priority areas for public space development and buildings with retrofit potential is one key strategy that will have significant impact in cities from both the north and the south. Another front is related to maximizing existing structures built by individuals and communities on an informal and precarious basis, this requires comprehensive and holistic slum upgrading programmes. Without political and public support, these strategies cannot get off the ground. Also, seeking support from communities and the private sector to strengthen capacity available in the public sector seems to be essential to guarantee sustainability of public policies and  boost private investments from individuals and companies.

The accelerated and uncontrolled urbanization has led to urban sprawl and greater segregation, giving space to more poverty and exclusion on the periphery of big cities. The United Nations (UN) One Planet Network Sustainable Buildings and Construction Programme presents a study to understand the actual state of the built environment in seven different geographic regions. It also points out that some regions are struggling with transition to circularity and implementing low-carbon policies and practices, on another hand it brings examples from Latin America highlighting some innovative non-conventional policy trends of improving houses, infrastructure and public spaces in precarious urban areas as opportunities to insert a circularity approach in the informal city

The re-use and transformation of existing buildings help to create new economic and social opportunities, improve the environmental performance of buildings and infrastructures, propose new urban scenarios and can be instrumental for strengthening   social housing programs. UN-Habitat estimates 100 million of the world’s population are without home. People living in risk areas, affected by disasters (also by demographic growth) need a healthy space to live and here’s a great number of properties in the cities taken up by idle buildings that could provide much-needed housing to many people.

It’s important to point out that vacant and underutilized properties are not fulfilling their social function. Therefore, preserving and recycling the already built environment, making it more resilient and environmentally friendly, is a way out not just to deal with urban informality and promote more equitable cities, but also to have a positive impact in various aspects of development and climate action.