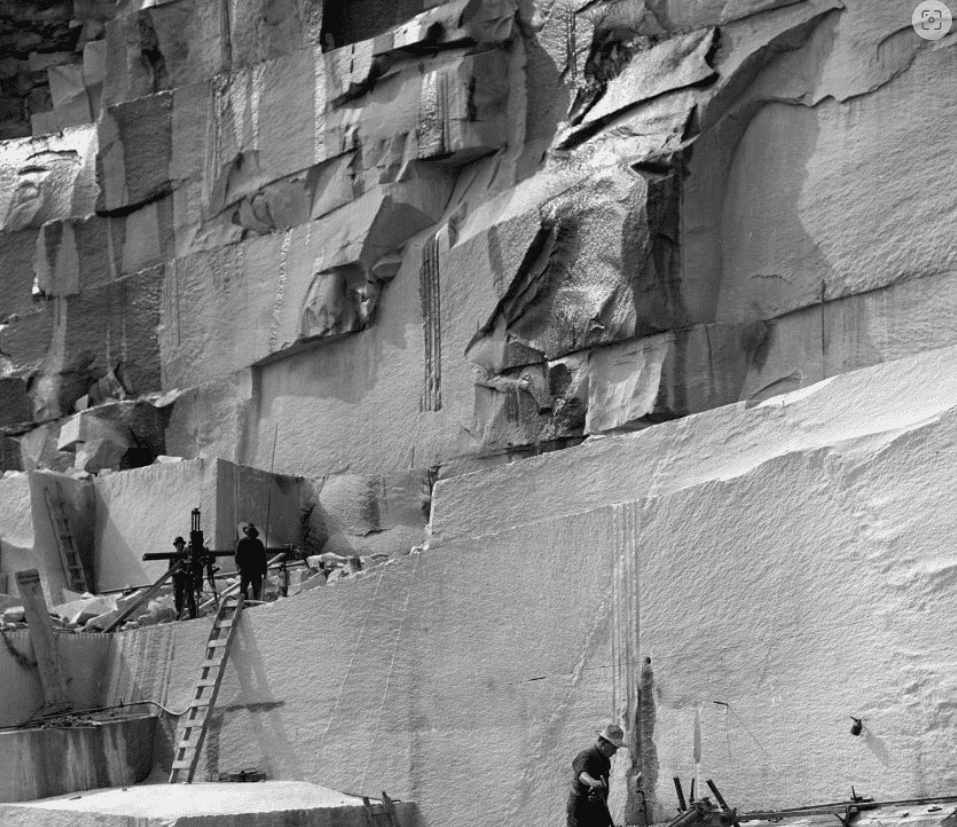 As we near the end of the fossil fuel era, building in stone offers a hopeful future for construction

Imagine you suddenly had to build a new house for everyone in the world. Let’s say 7 billion people spontaneously need a 25m2 living space which we propose to form with a 200mm reinforced stone slab. How much stone would we need? Is there enough? The total volume of used stone would be 35km3, equating to to a hole of roughly 40km square and 20m deep. This is a big hole, but in global terms it’s a pinprick: the Earth’s crust has a volume in excess of 5 billion km3. Between 5 and 70km deep it is mainly granite under the land, and under the sea it is mainly basalt. Stone is being replenished all the time through plate tectonics in unimaginable volumes. It is inexhaustible, a replenishable natural resource created by geothermal energy.

Almost all construction materials are extracted like stone. Timber, one of the few which isn’t, is considered a sustainable material with good reason, but growing it occupies a lot of space with monocultural forests for long periods of time. A tree takes 25 years to grow 1.5m3 of material. If we quarry the stone under the tree we get 500m3 of stone in a month. Although quarrying is highly intrusive and disruptive while it is being carried out, fully exploited quarries can be returned to nature, backfilled with unwanted spoil or reused for other purposes. The quarry that supplied most of the distinctive sandstone for all of Edinburgh’s New Town, built in the 18th and 19th centuries, has now been filled in and forgotten, sitting under Craigleith Sainsbury’s car park.