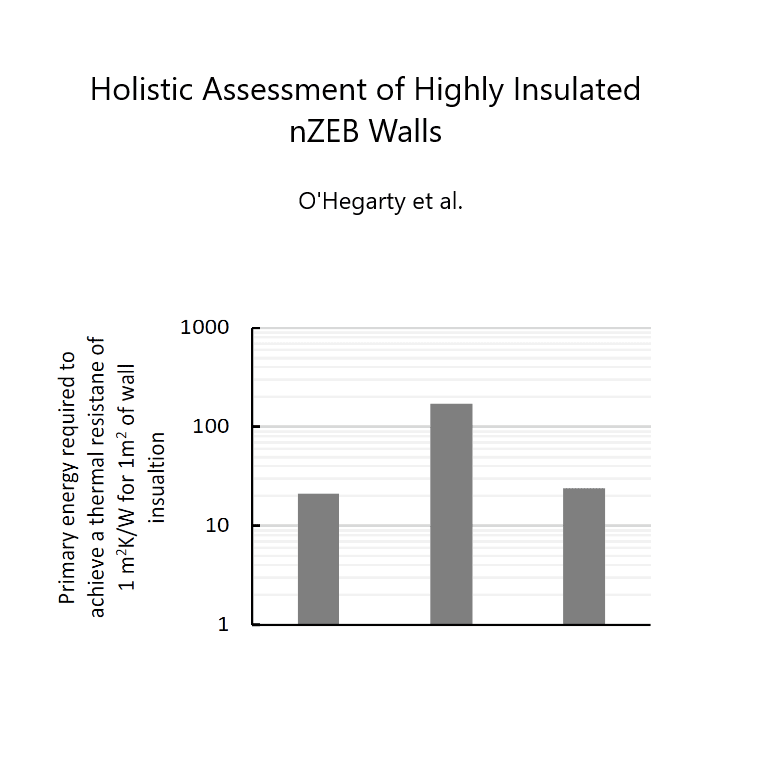 Proponents of Passivhaus and nZEB often emphasise a ‘fabric first approach’ to ensure optimum envelope design, and by extension highest building energy performance. The energy performance of two similar walls, of two separate nZEB-compliant dwellings, are assessed in this paper. The walls have similar construction details, consisting of a layer of 200 mm of mineral wool on the exterior side and a block construction on the interior. The walls are investigated by comparing theoretical and in-situ conductance values while also estimating the embodied energy of both walls. The study found that, although the walls were of similar design and the test was conducted using the same methodology (in accordance with ISO 9869-1), that there was a significant different between the in-situ performance of both walls. One wall performed only slightly worse than the design value while the other performed more than two times worse. This research extrapolates on the findings by comparing theoretical heat loss scenarios with both wall types and calculates A) the potential building energy performance for both walls and B) the carbon and energy payback for the insulation used to achieve such high performance. The results demonstrate the importance of good practice in construction of the building envelopes and in the manufacturing, robustness and quality control of the various building components. KEYWORDS: U-value, in-situ measurement, embodied energy, nZEB, Walls

Refer to the next link for the research document: