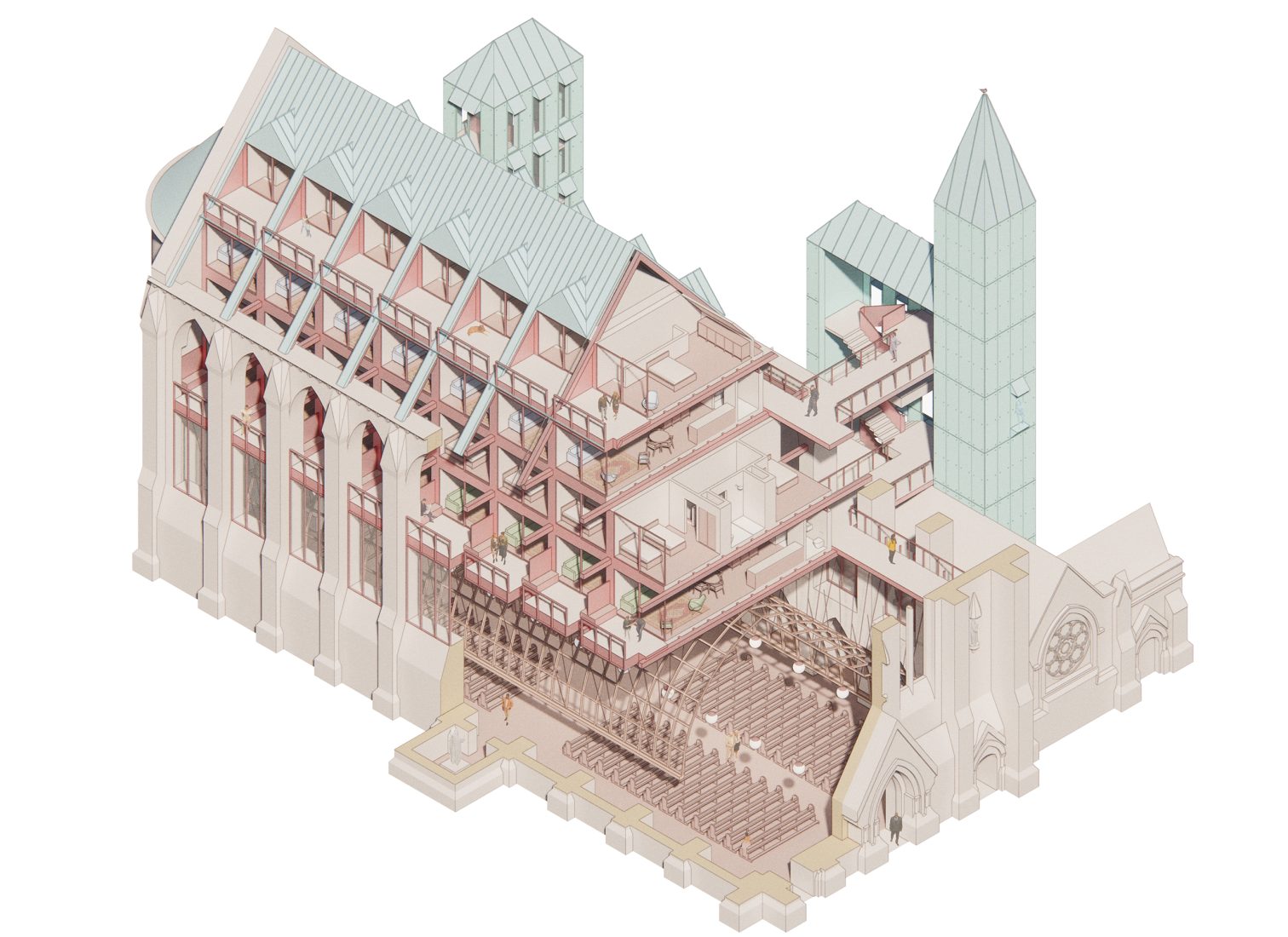 What do we do with all the empty churches in Dublin? Vast spaces in the city centre, often sitting idle between morning and evening mass. We are not the only people asking this question.

Housing Unlocked is an open call competition for design ideas that will maximise housing potential in Irish towns and cities. A collaboration between the Irish Architecture Foundation (IAF) and The Housing Agency (HA), the competition will result in an exhibition (opening on 14 October at the IAF) of the eight winning proposals and a website, public engagement programme and a publication planned for this autumn.

Our idea was prompted by the Archdiocese of Dublin’s submission on the draft Dublin City Development Plan, in which 33 churches were identified as having the potential to deliver housing through proposed re-zoning. We have taken one church outlined in the report – St Mary’s Church of Angels, Capuchin Friary – as a case study to show how an existing church envelope could be adapted without changing its use as a place of worship and also provide much-needed housing.