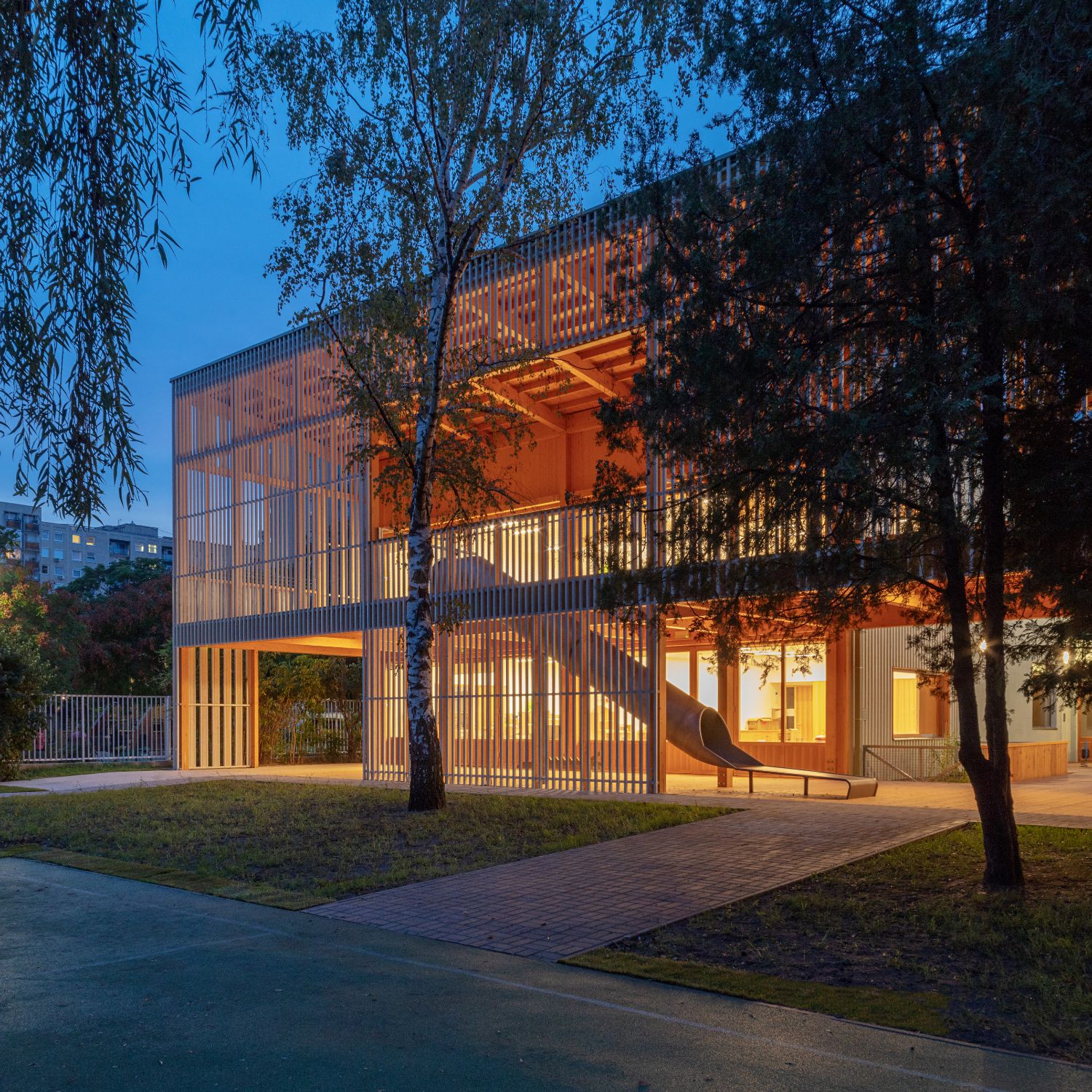 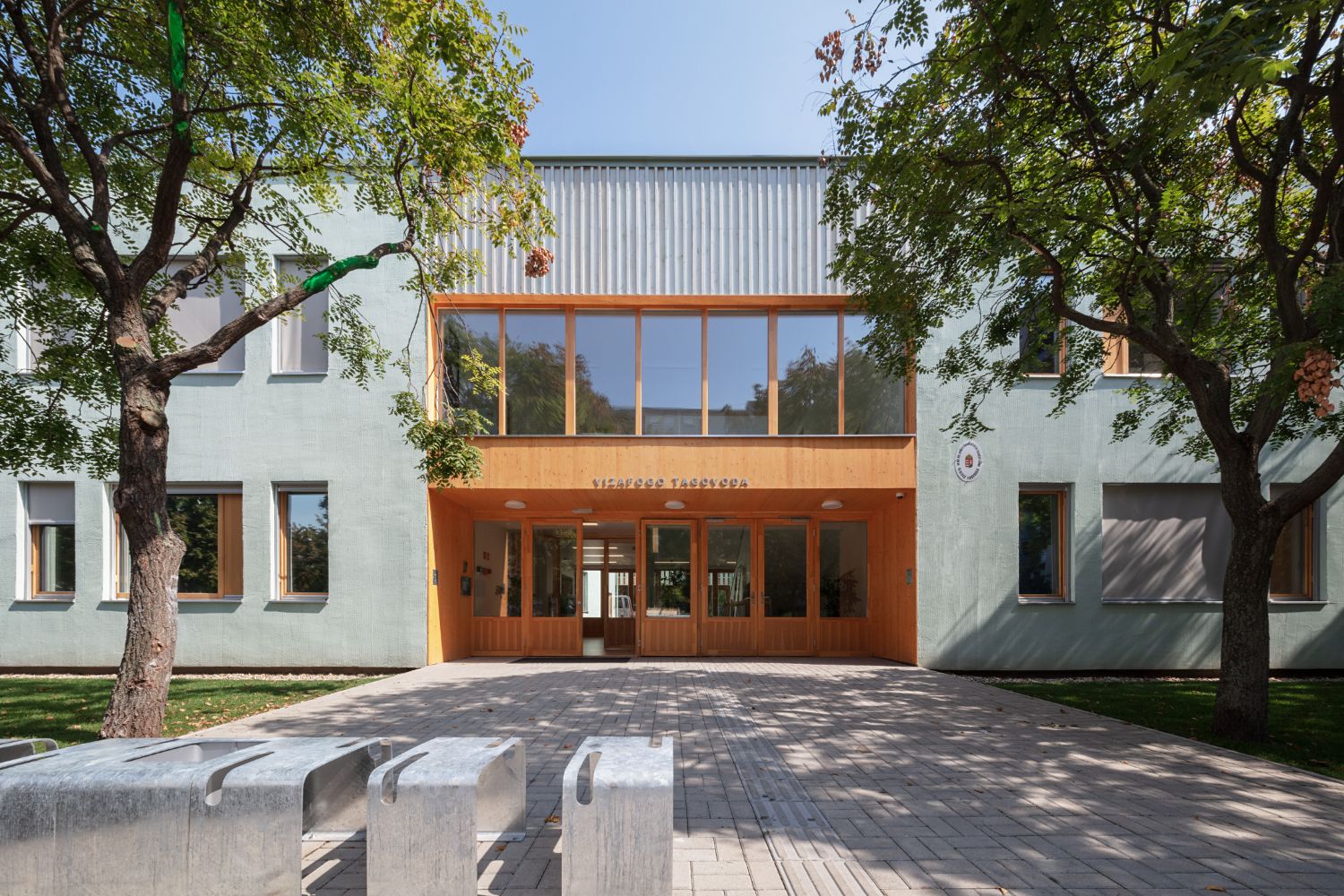 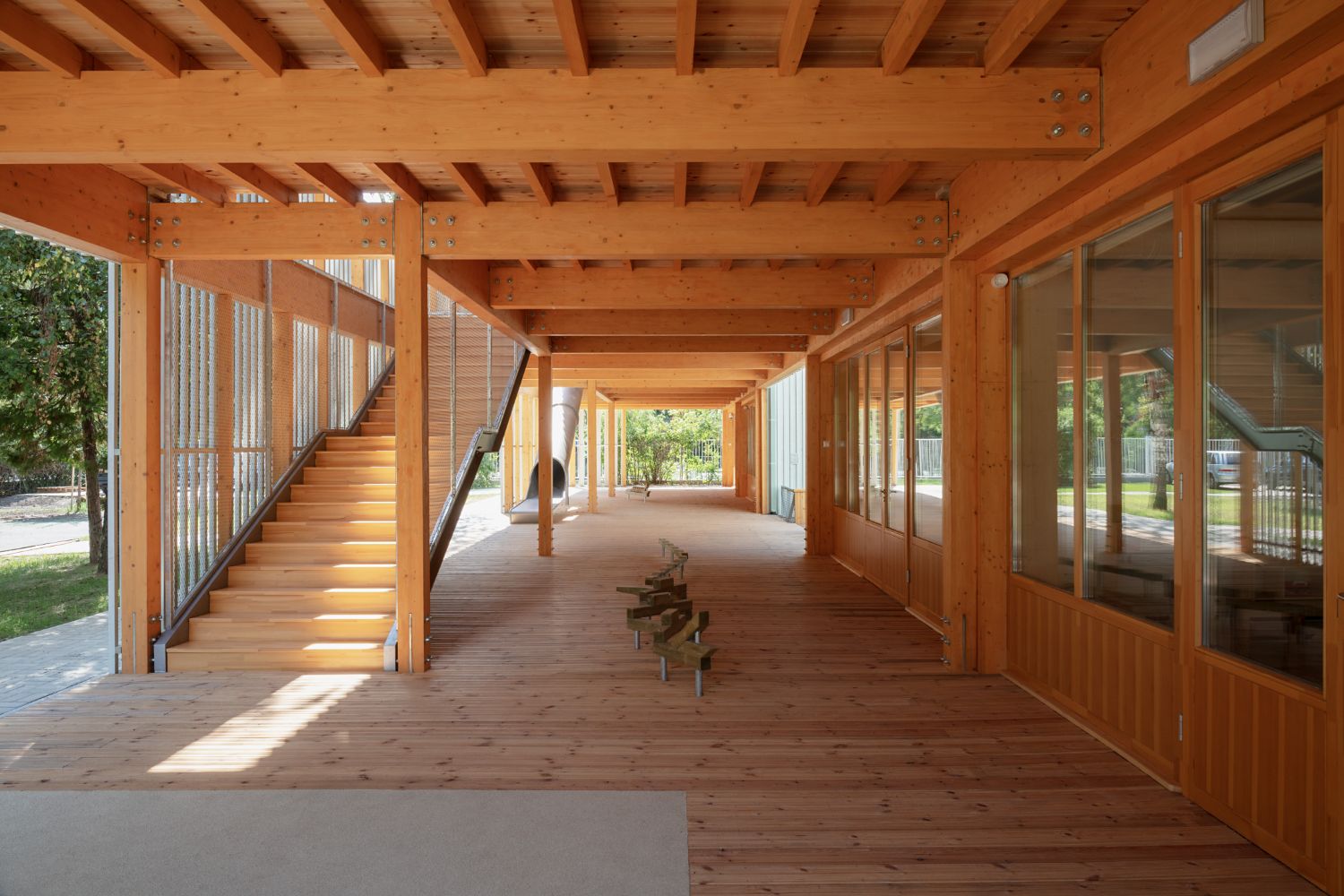 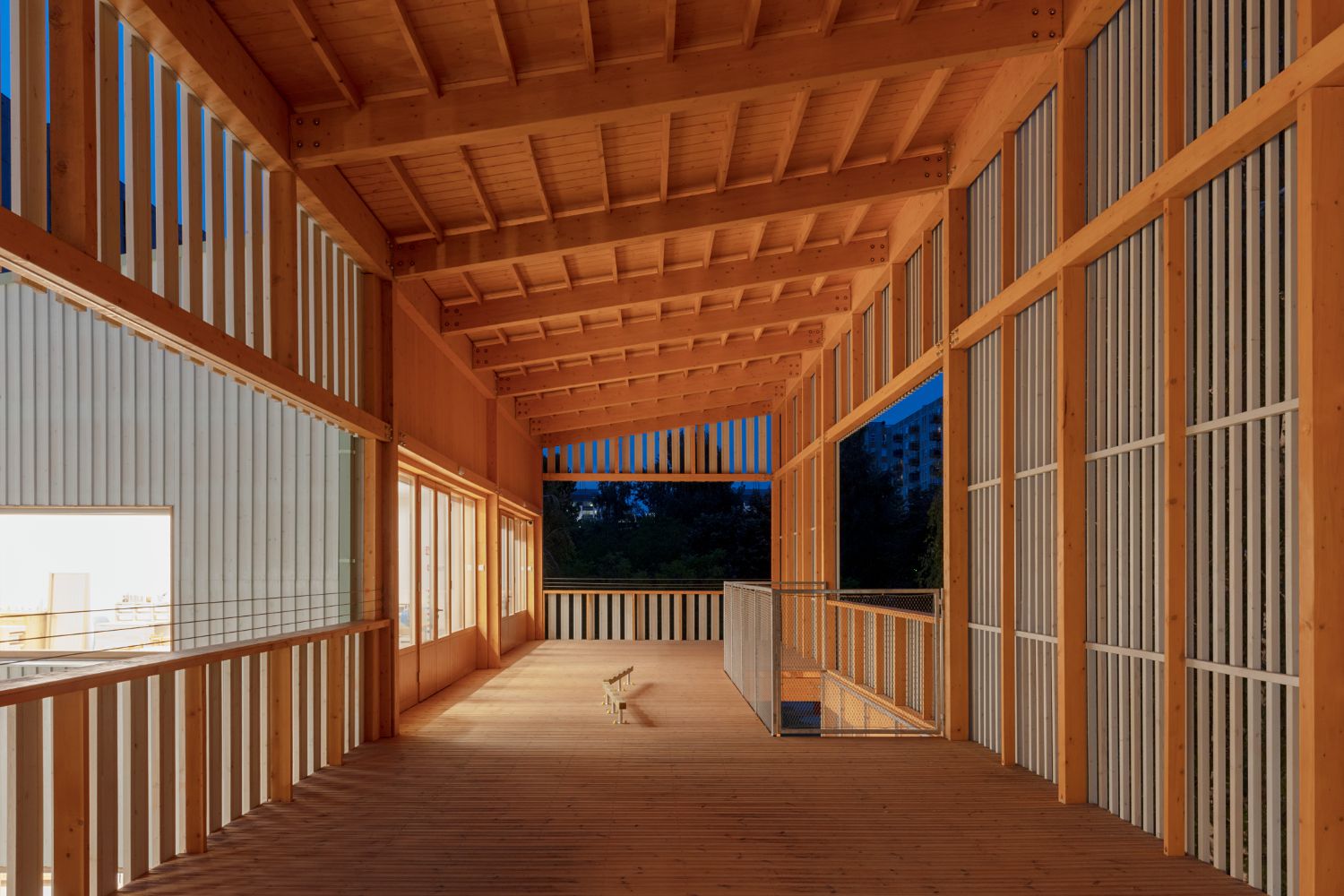 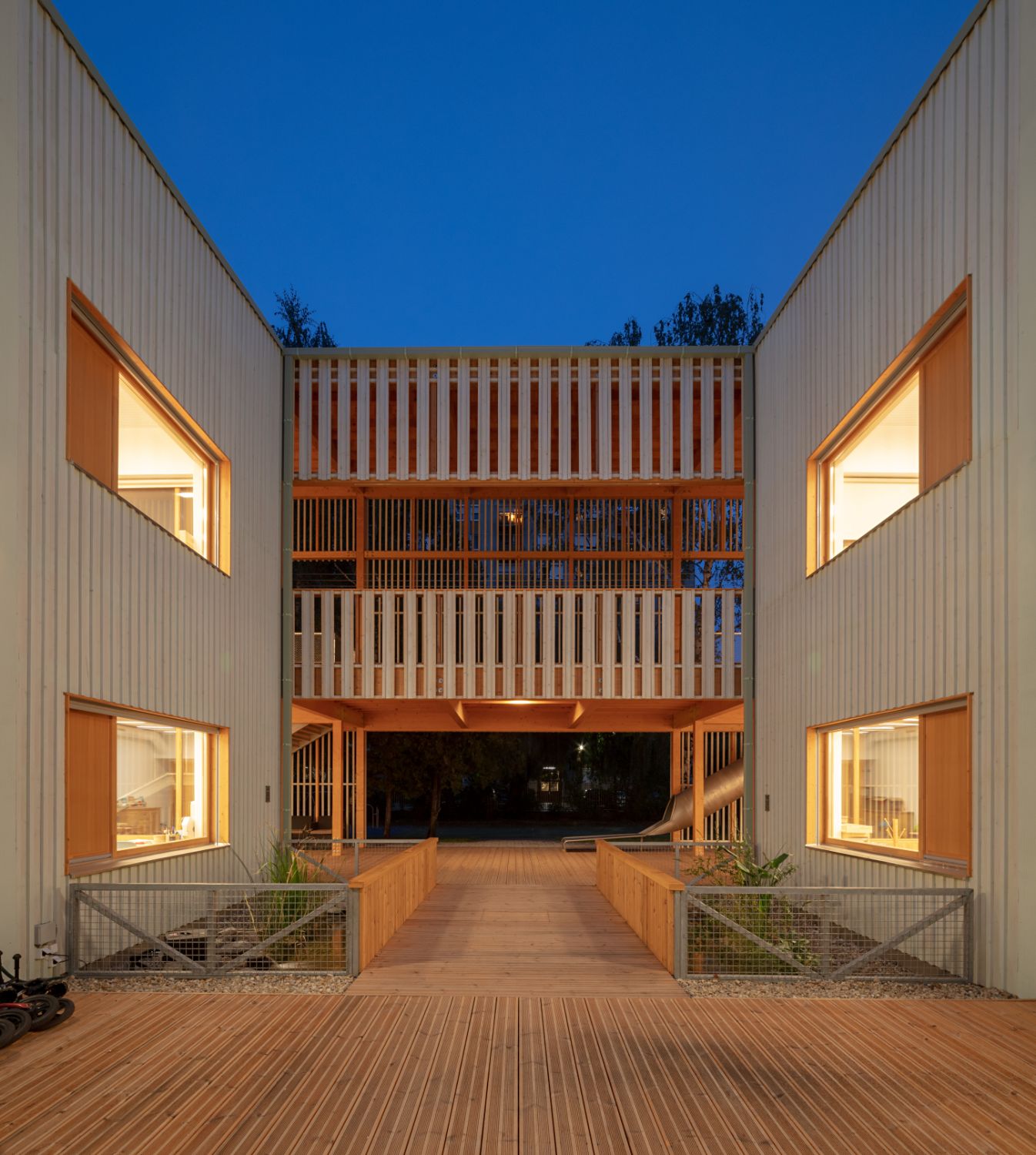 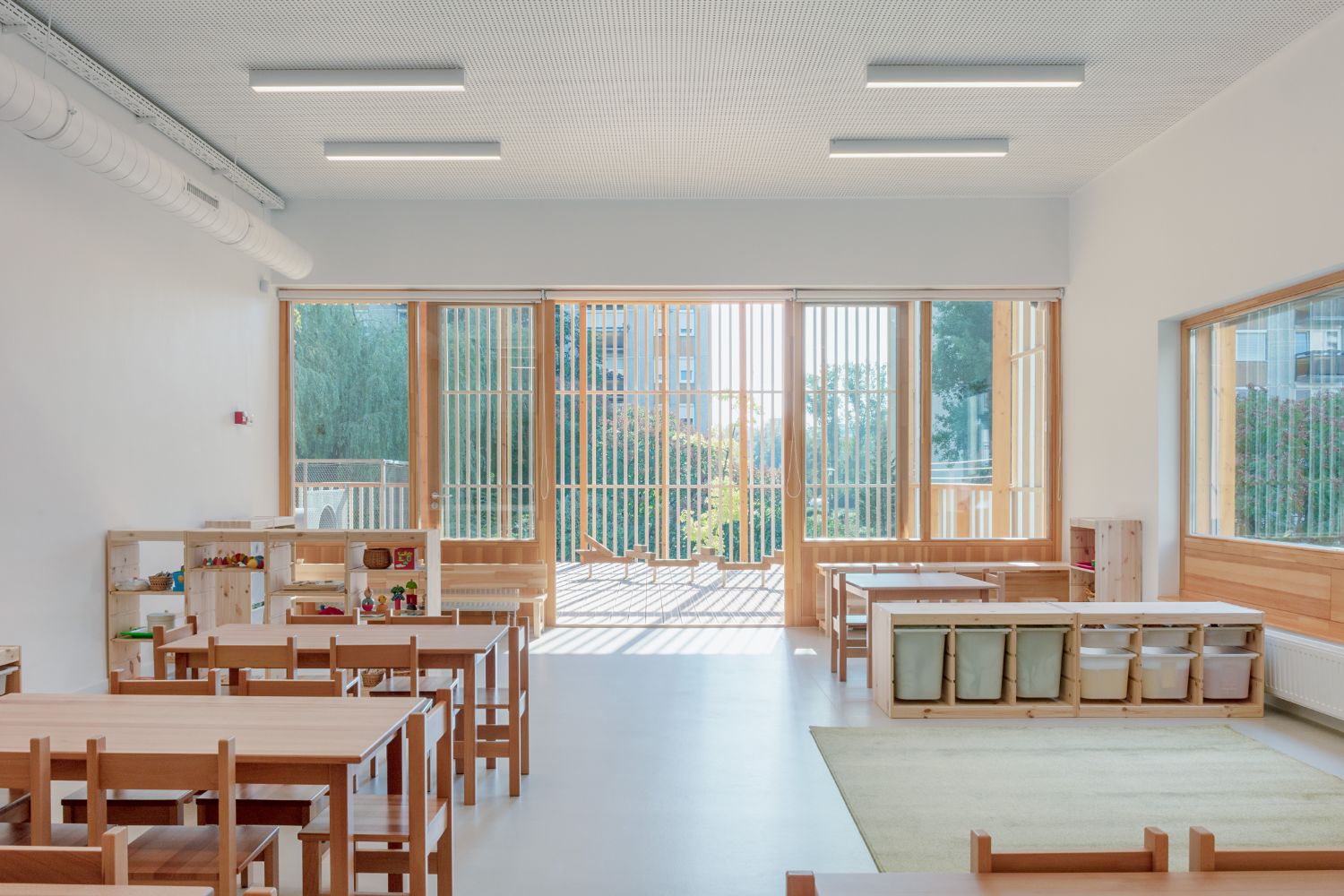 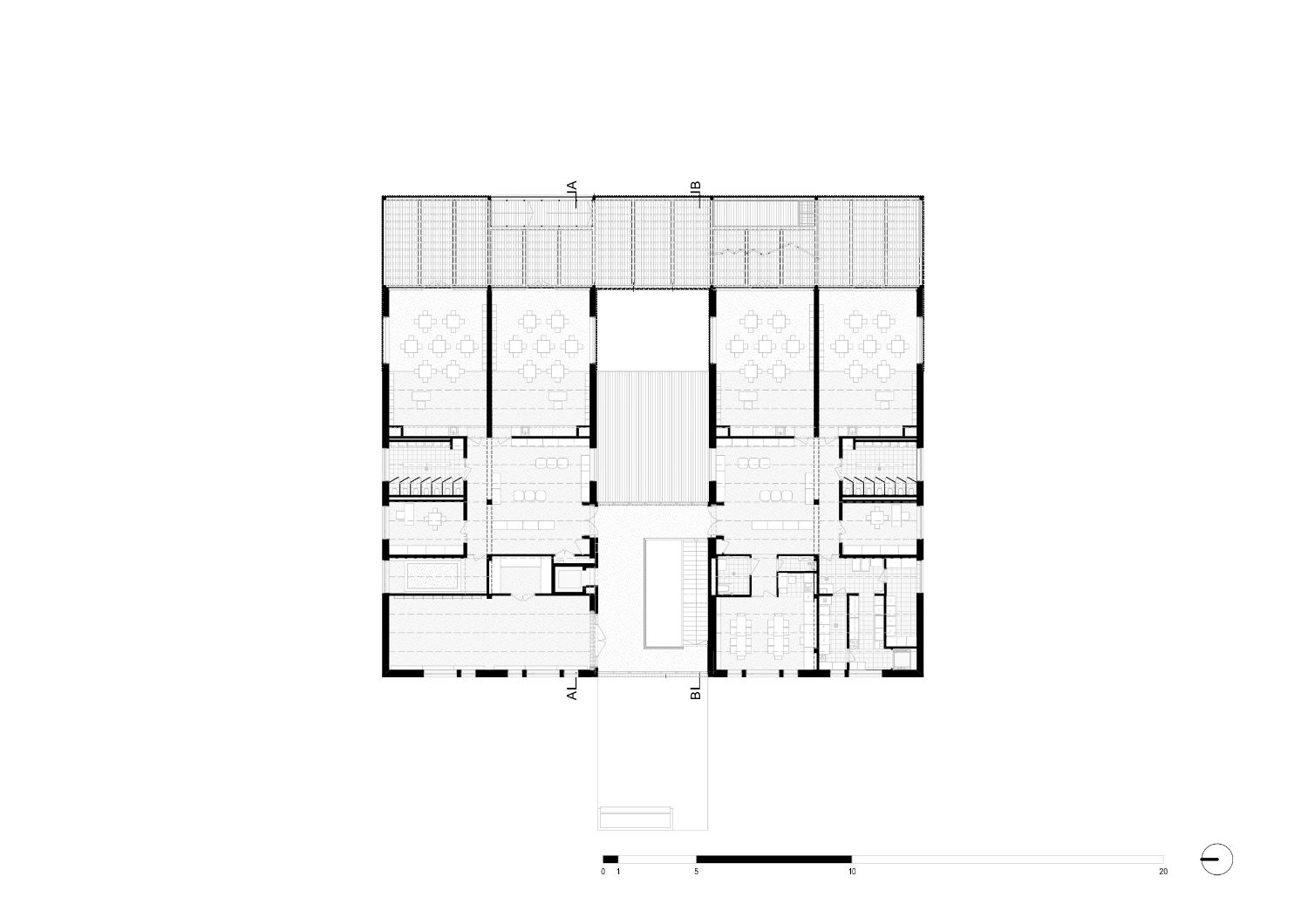 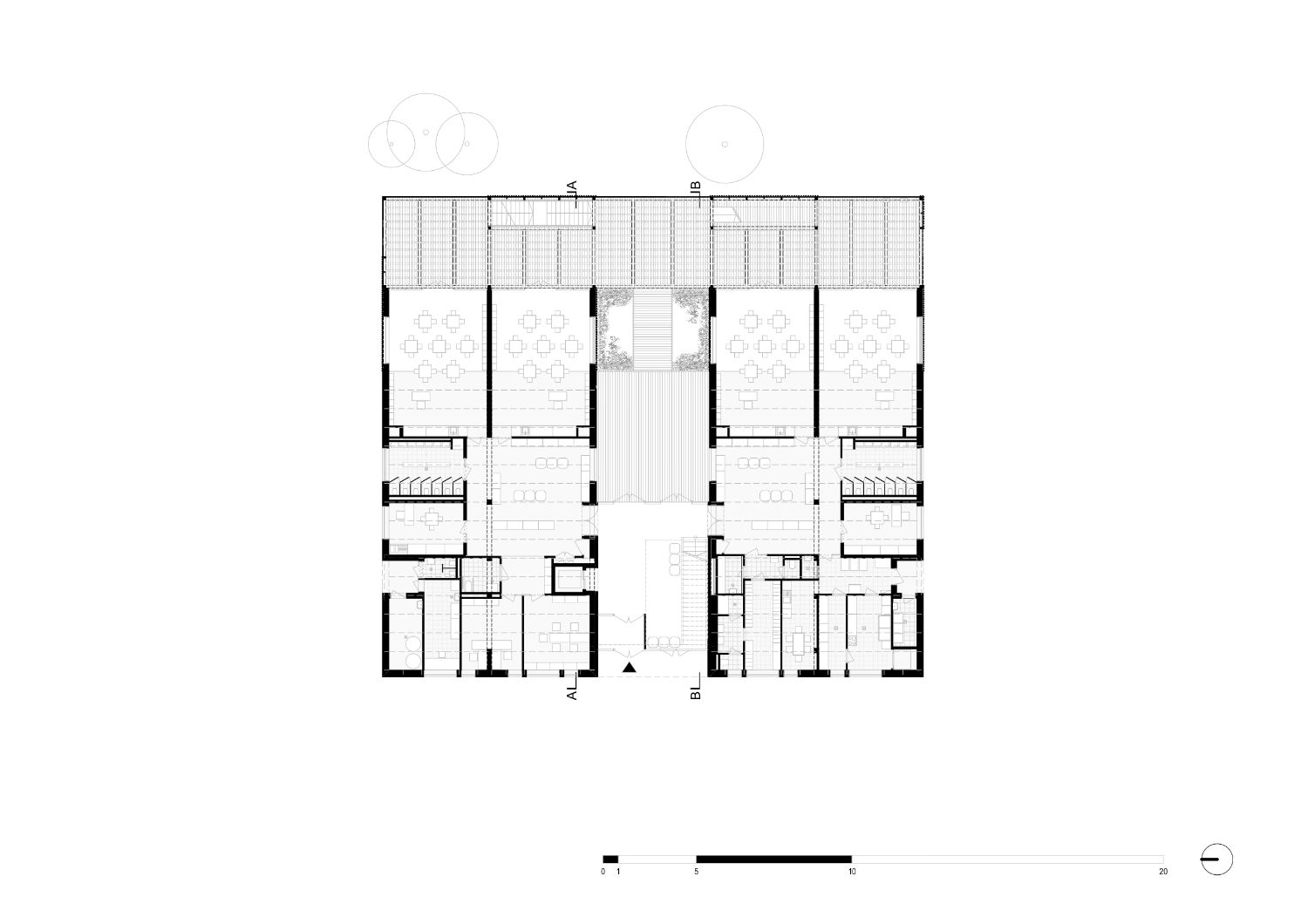 The kindergarten is located close to the river Danube, surrounded by a ten-story block of flats from the socialist prefabricated housing program. While preserving the existing prefabricated two-story kindergarten building from the 1980s, this modernization and expansion has given the kindergarten a new and integral identity. The rooms were expanded towards the original courtyard, and a covered, wooden outdoor playground was added in the front. The building opens up under the new roof’s outline to compensate for the shut and rigid environment of the prefabricated panel blocks.

Due to the proximity of the Danube, this institution is a good example of linking the sustainability concept – based on the theme of water utilization-, environmental education and architecture in an inspiring way.

Location – The building is located in a housing estate near the Danube in Hungary, north of Budapest. The kindergarten and other social institutions are lined up in the center of this housing estate, surrounded by ten-story houses and isolated from the surrounding car traffic. The whole area was built in the second half of the 1980s as part of the socialist panel program.

Building – The original building was a two-story and eight-room kindergarten. It was a type of design that could be seen all over the country in similar socialist housing projects. It was built from prefabricated reinforced concrete elements and concrete panels, according popular technological trends of the time.

Program – The local council decided to modernize and expand the building but there was no need to increase the capacity. The reason for the extension was the lack of space in the rest rooms, changing rooms and the absence of other secondary service areas. It was important for us to develop the final architectural and interior design program in collaboration with the kindergarten teachers and the pedagogy leader.

The interiors were defined by the strict, restrained character of the existing building, which was softened by a wooden interior finish on openings, furniture, and accents. The most characteristic element is the wooden play-terrace that opens to the backyard, which increases the excitement of the space with a slide and outdoor games. Its exterior appearance, which is characterized by large openings, wooden windows, and a distinctly new color, in order to set the kindergarten apart from the surrounding ten-story tall, prefabricated gray buildings that dominate much of Hungary’s cityscapes. The re-design of the building breaks its rigid, block-like appearance and enriches the housing market with a new architectural character.

Link to the project on the architect / engineer website: https://www.archikon.hu/projects/7