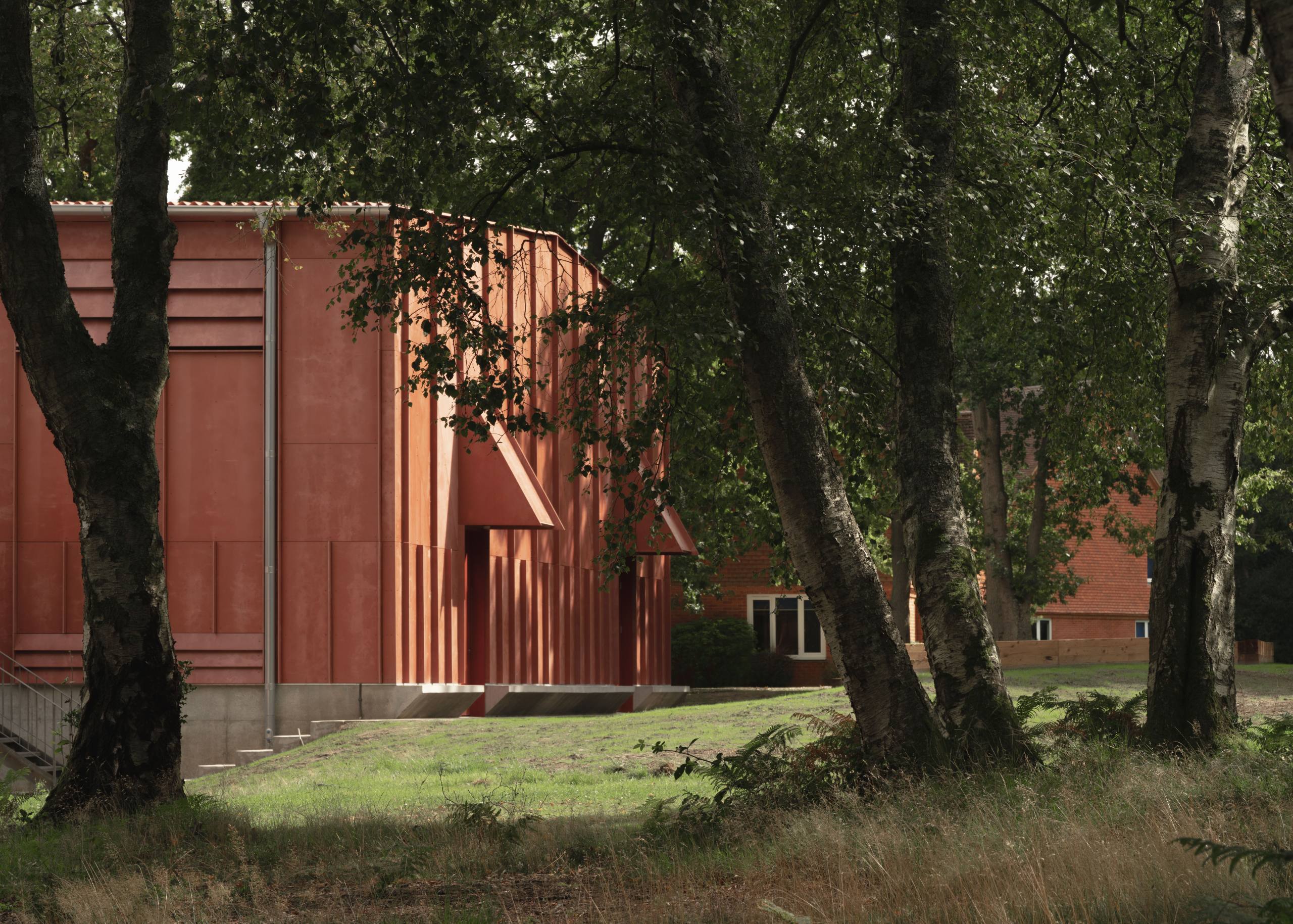 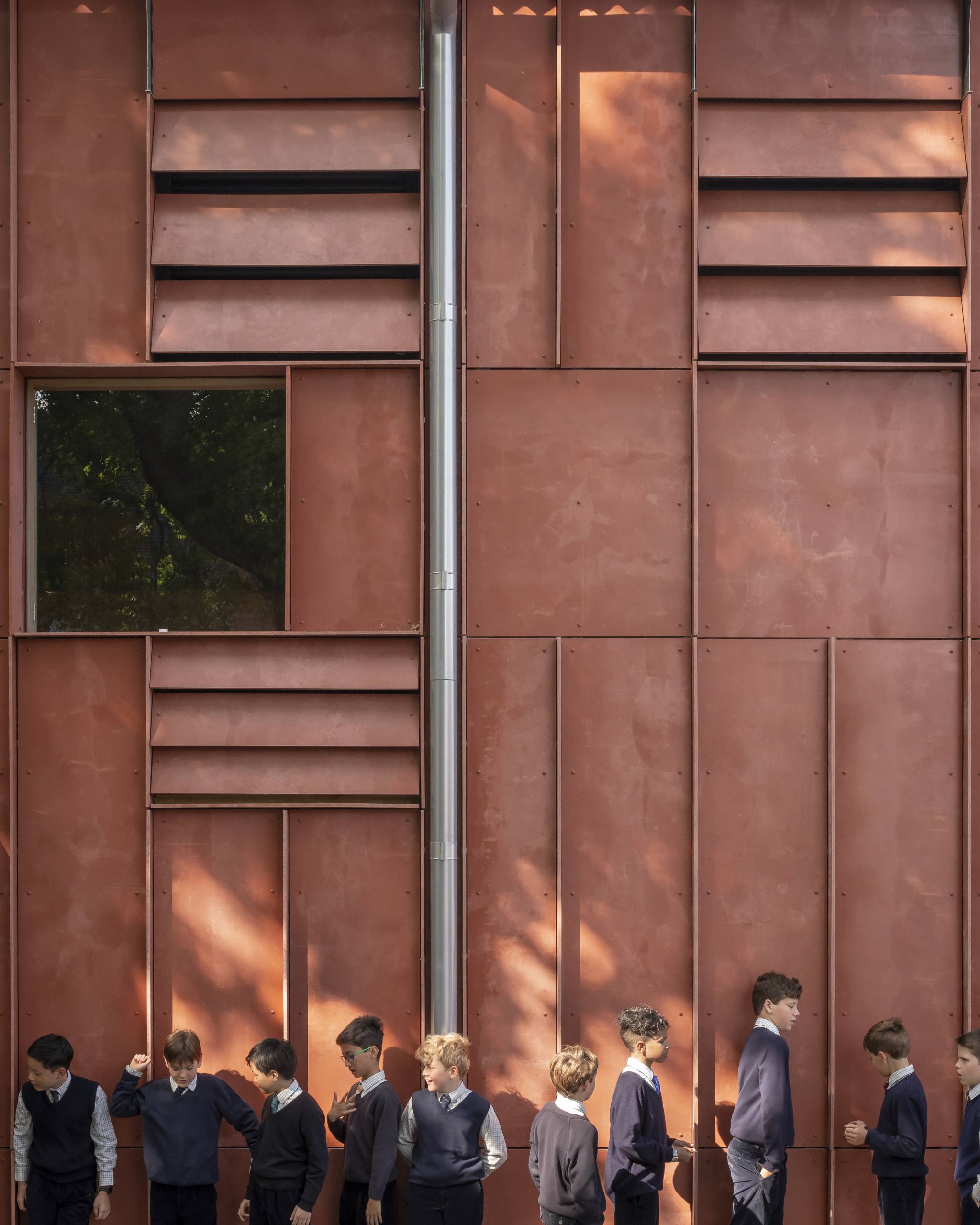 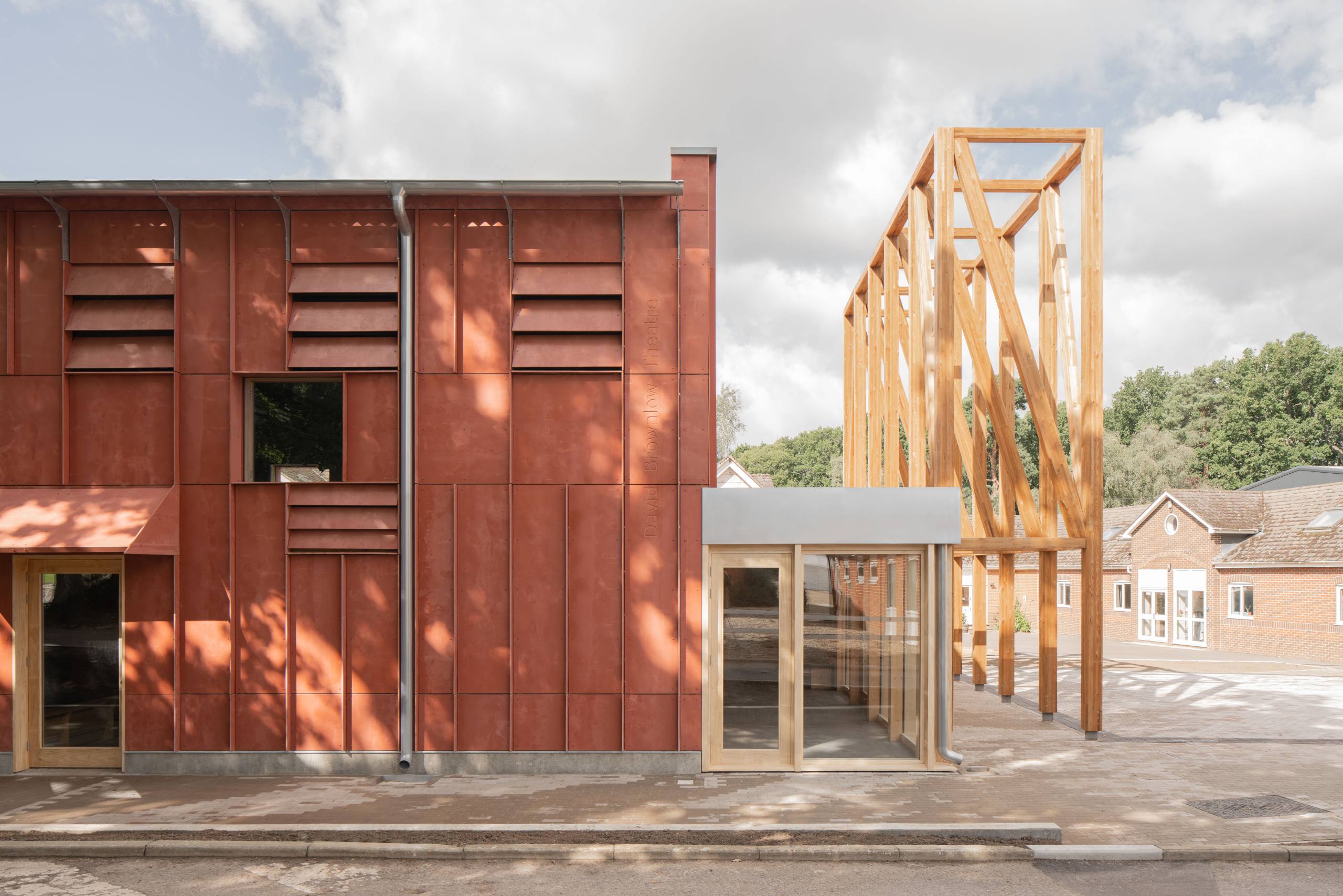 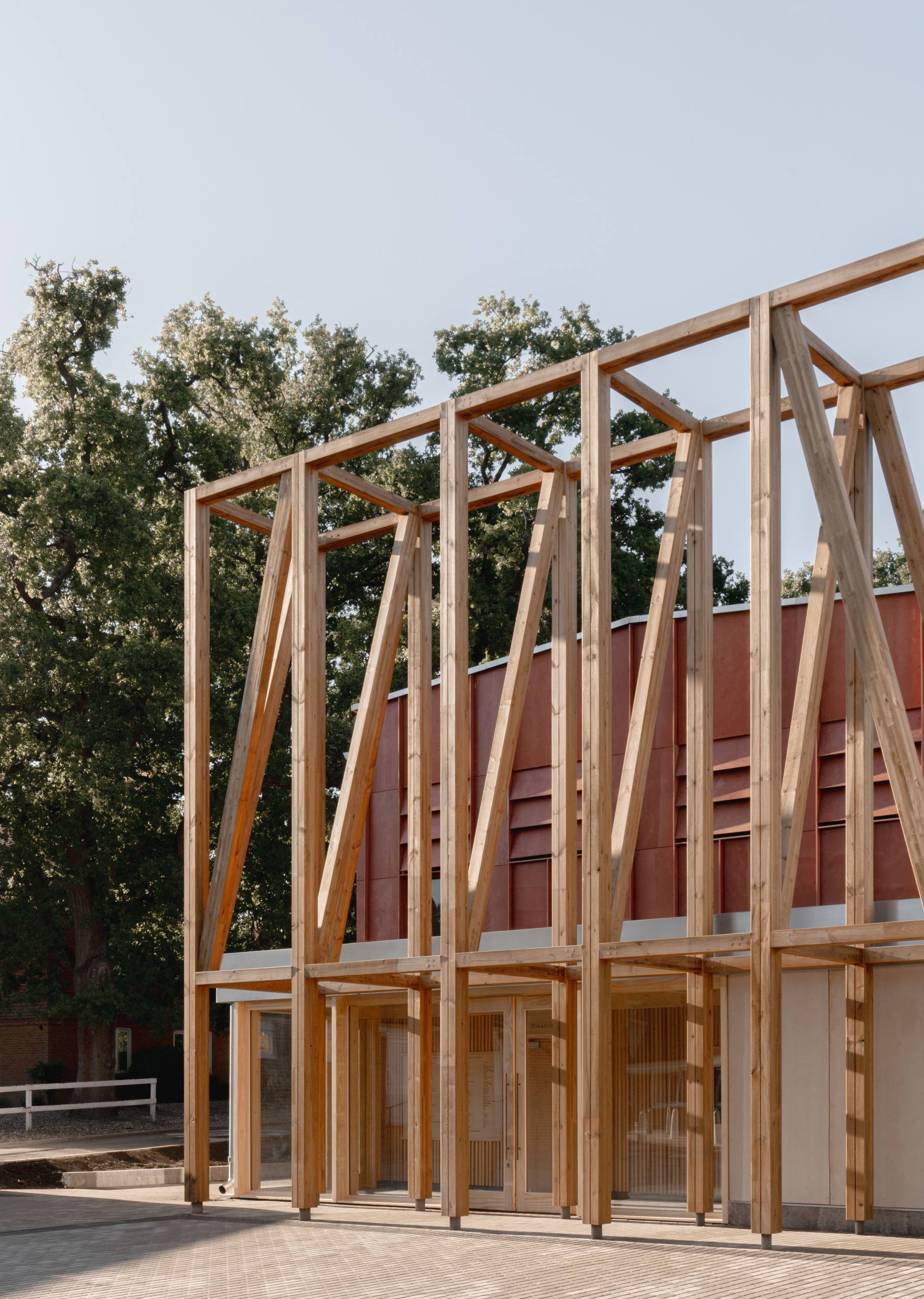 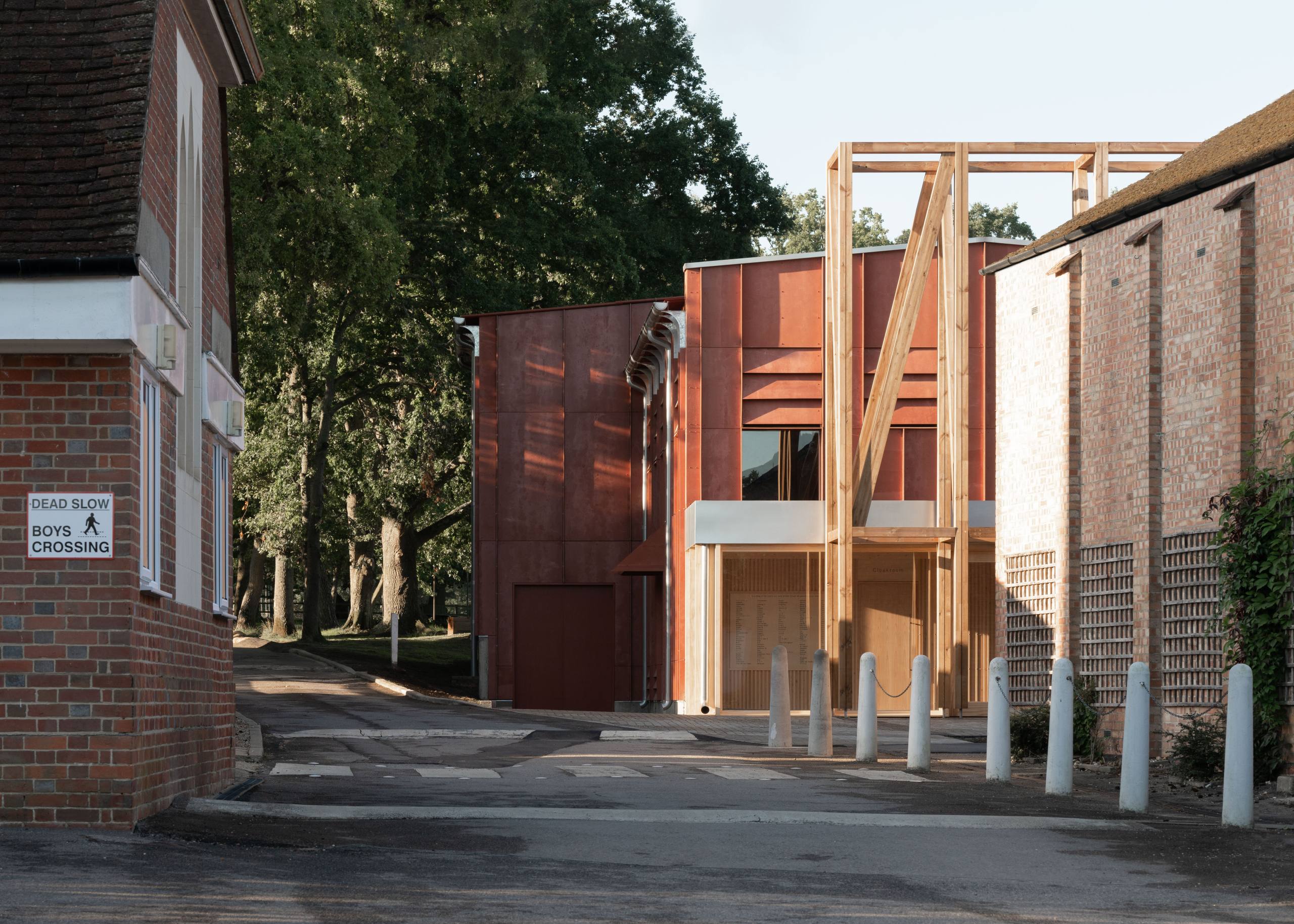 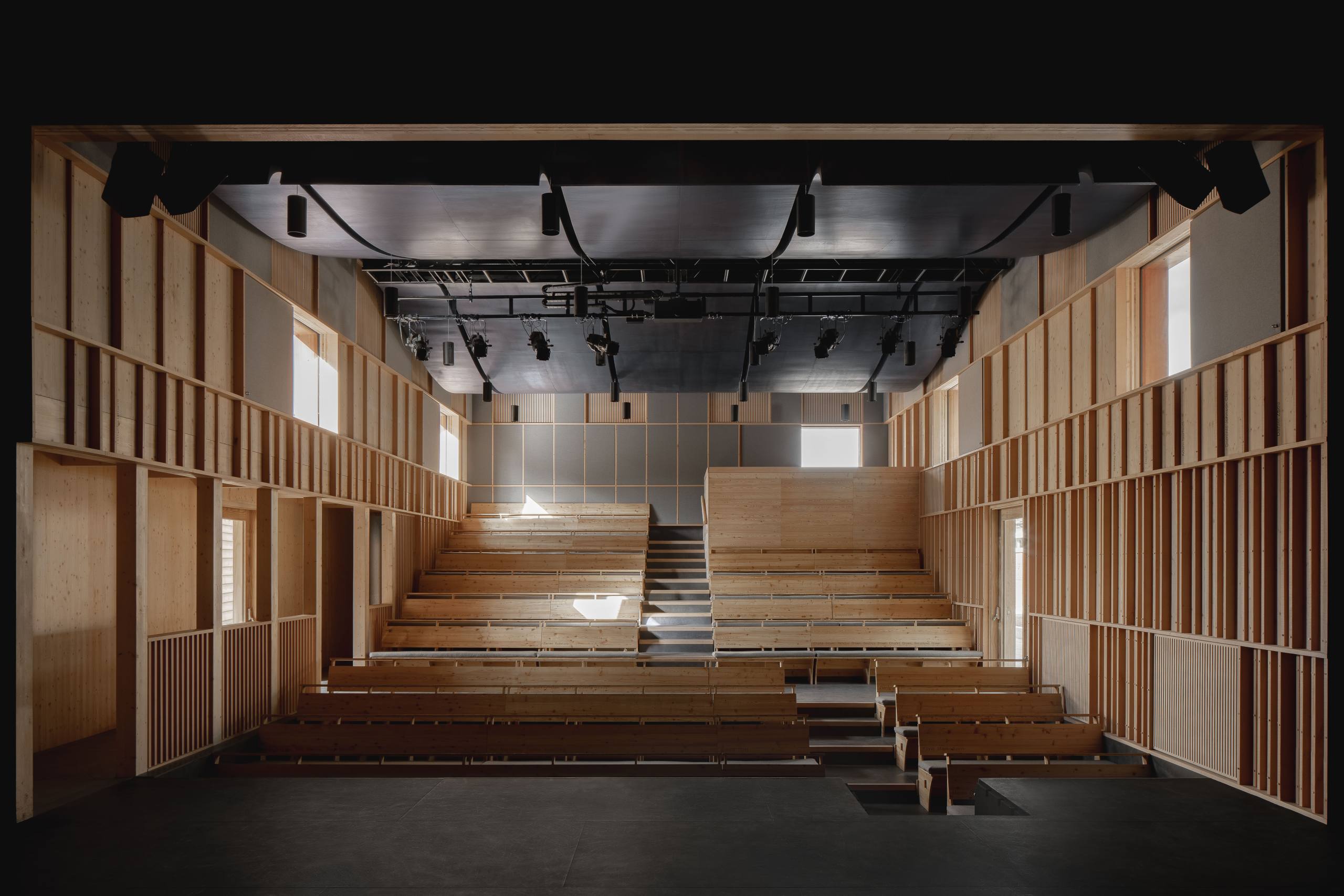 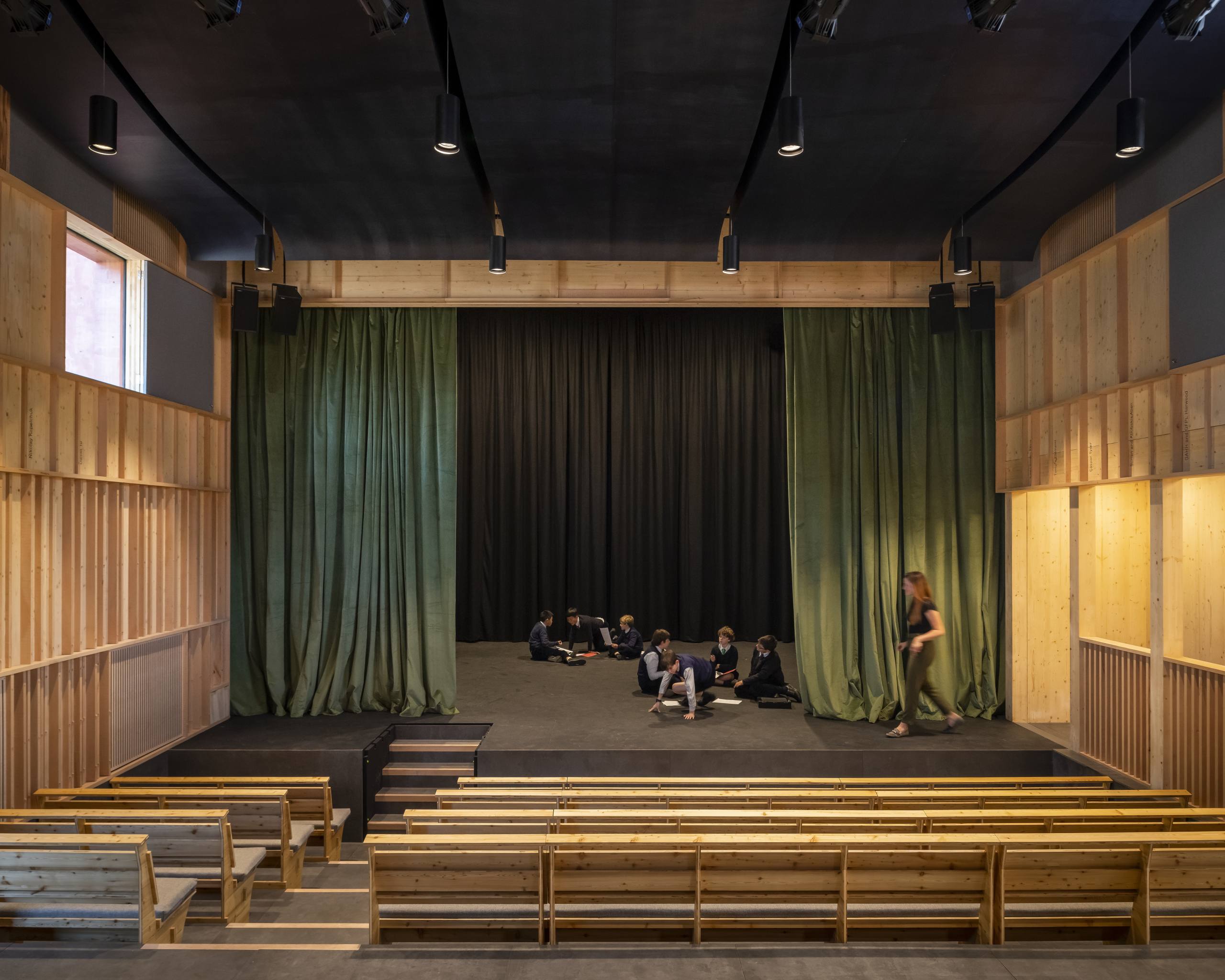 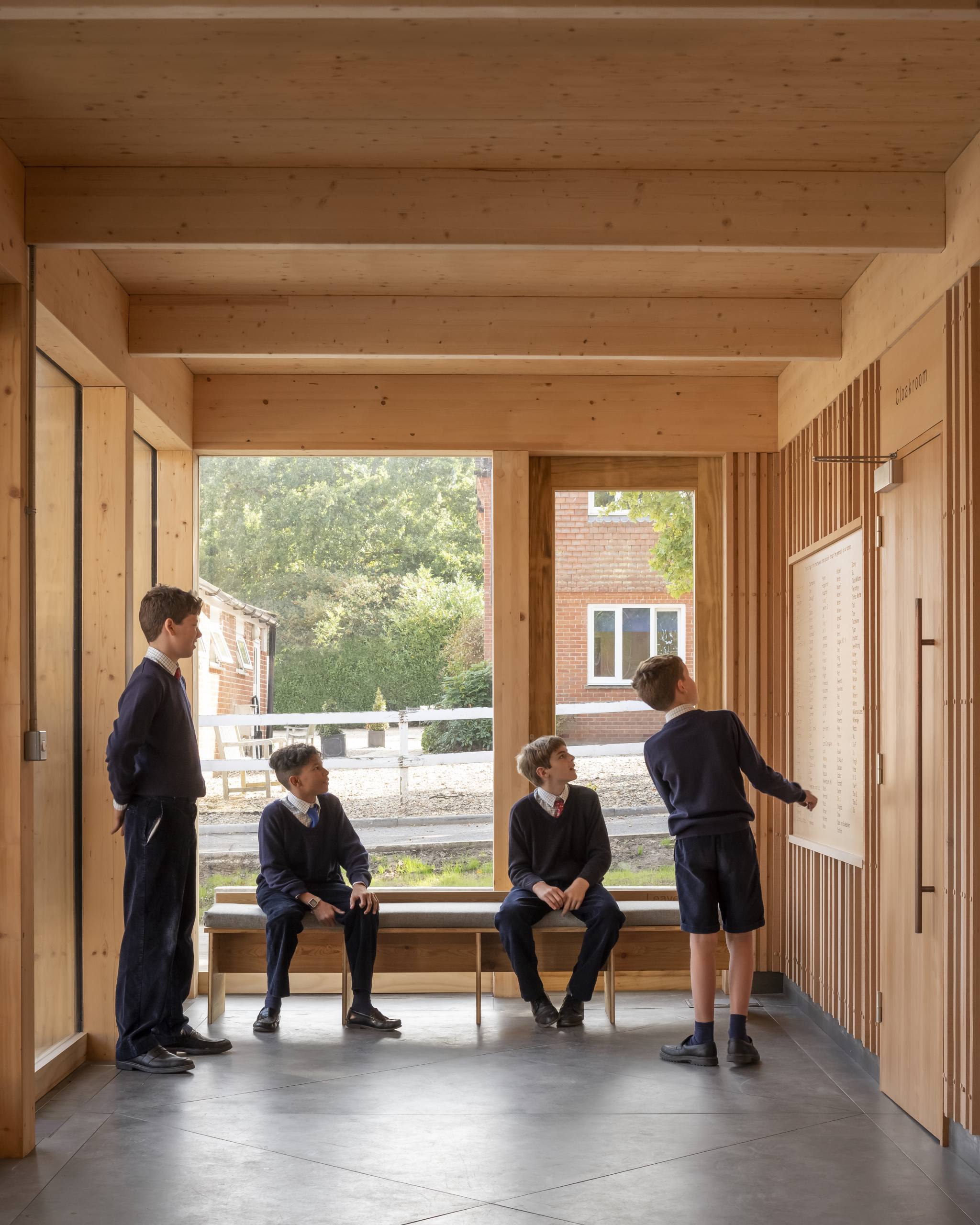 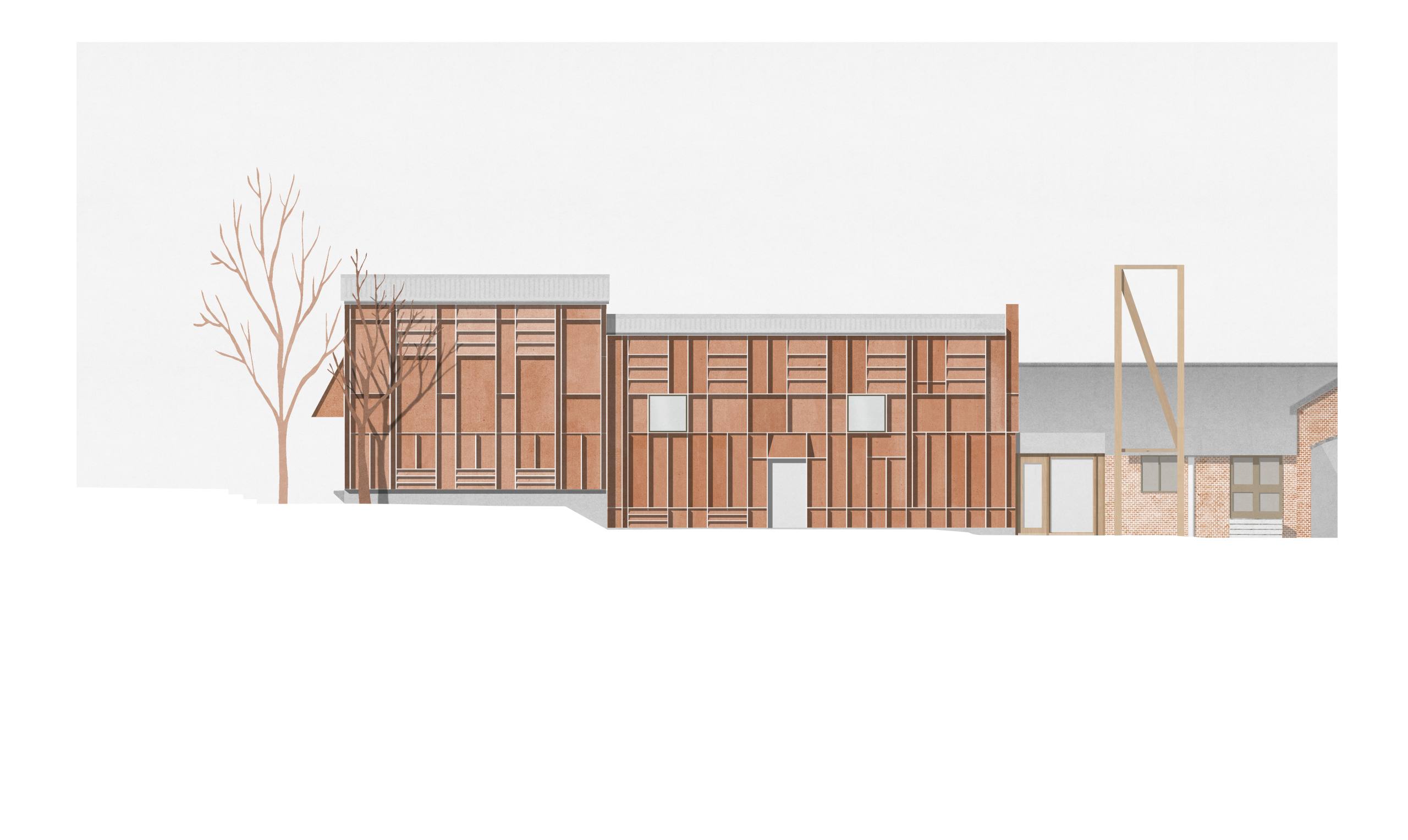 The David Brownlow Theatre is a 160-seat auditorium located on the grounds of Horris Hill School in southeast England. The building has been crafted to complement its historic context, with earthy red Viroc elevations mirroring the brickwork of existing Victorian buildings. It is also consciously distinct in materiality and structure. The building is representative of the school’s contemporary sustainable ambition whilst respecting and acknowledging the past.

Designed to host school assemblies, music recitals and drama productions, the development comprises three unique spaces. A civic square in front of the entrance portico, the auditorium itself and an outdoor amphitheatre at the back. The permeability of movement between indoor and outdoor spaces makes for an inclusive and social building that encourages pupils to collaborate and play.
The design is innovative in its use and articulation of sheet materials and flat surfaces. The Viroc was machine cut off-site to reduce waste, and pieced together by hand as one object of joinery.

The interior is minimal and efficient with an exposed cross-laminated timber frame, dark blue undulating ceiling to represent the night sky and a polished black Viroc floor. The cross-laminated timber structure was chosen for its cost effectiveness and to reduce construction time on site; its specification has ensured a saving of 40 tonnes of CO2 compared to traditional block work.

The project draws inspiration from Christine Boyer’s book, The City of Collective Memory, in its recognition that the theatre will be a stage set for everyday life. The design borrows historical motifs such as the standing stalls of Tudor theatre, classical theatre proscenium and colonnade, as well as motifs from Renaissance ecclesiastical architecture.

The theatre will significantly enhance the personal development of 130 pupils and will afford access to performance, production and design – and embed these into the culture of the school.
Outside of teaching hours, the new theatre will open to the wider public through local clubs and groups, making a space with the community very much at its heart.

Link to the project on the architect / engineer website: https://jonathantuckey.com/work/horris-hill-theatre/