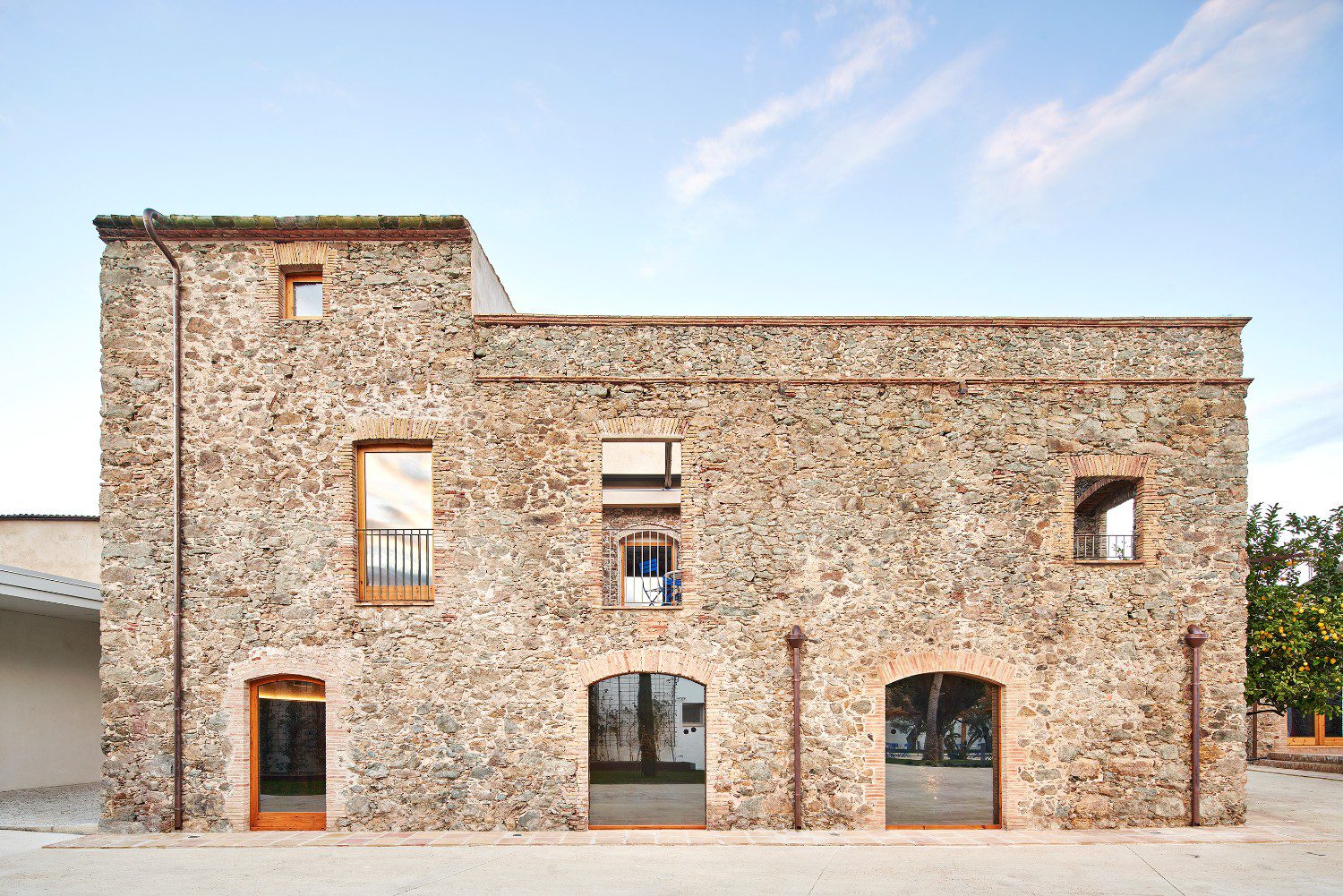 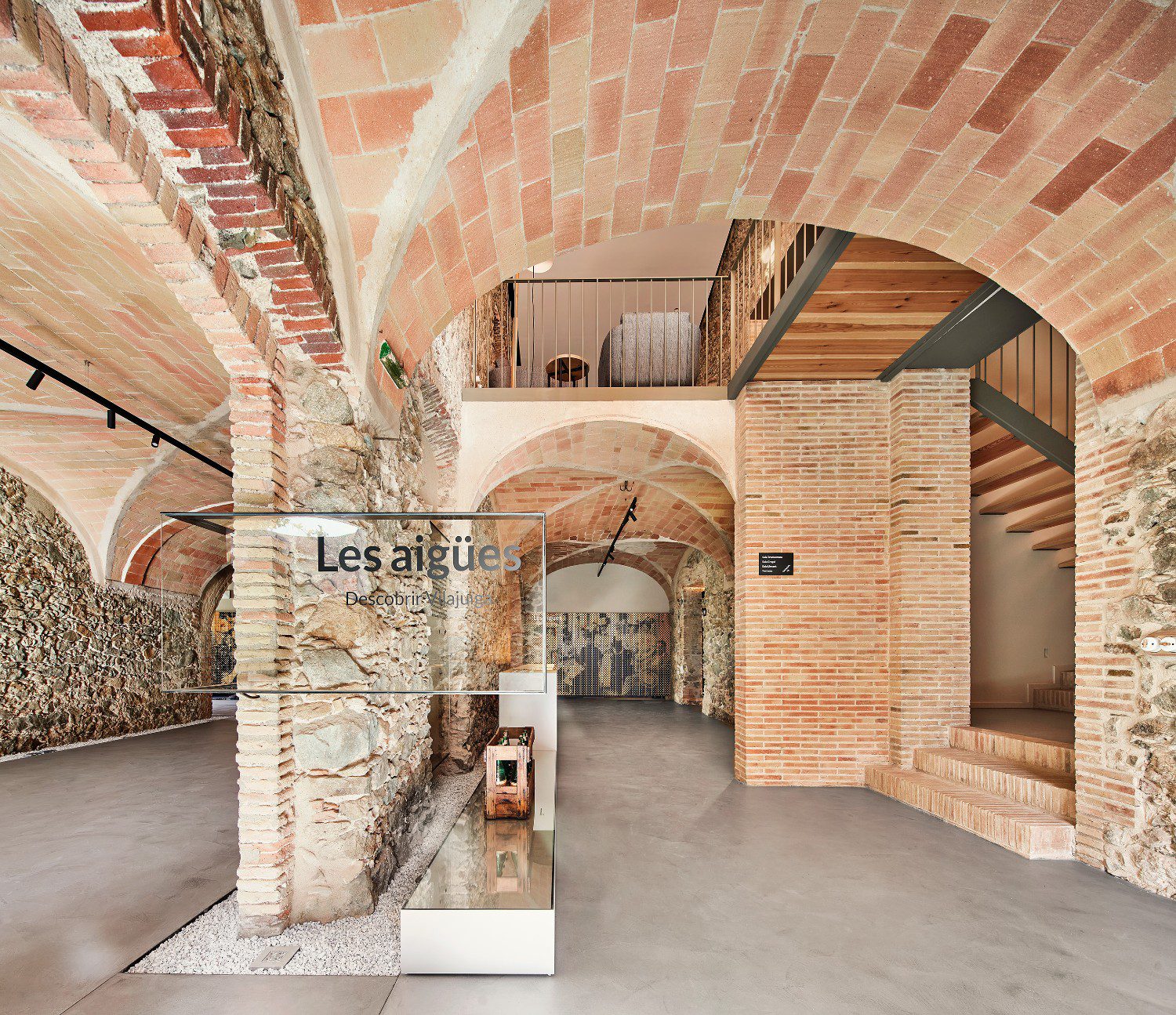 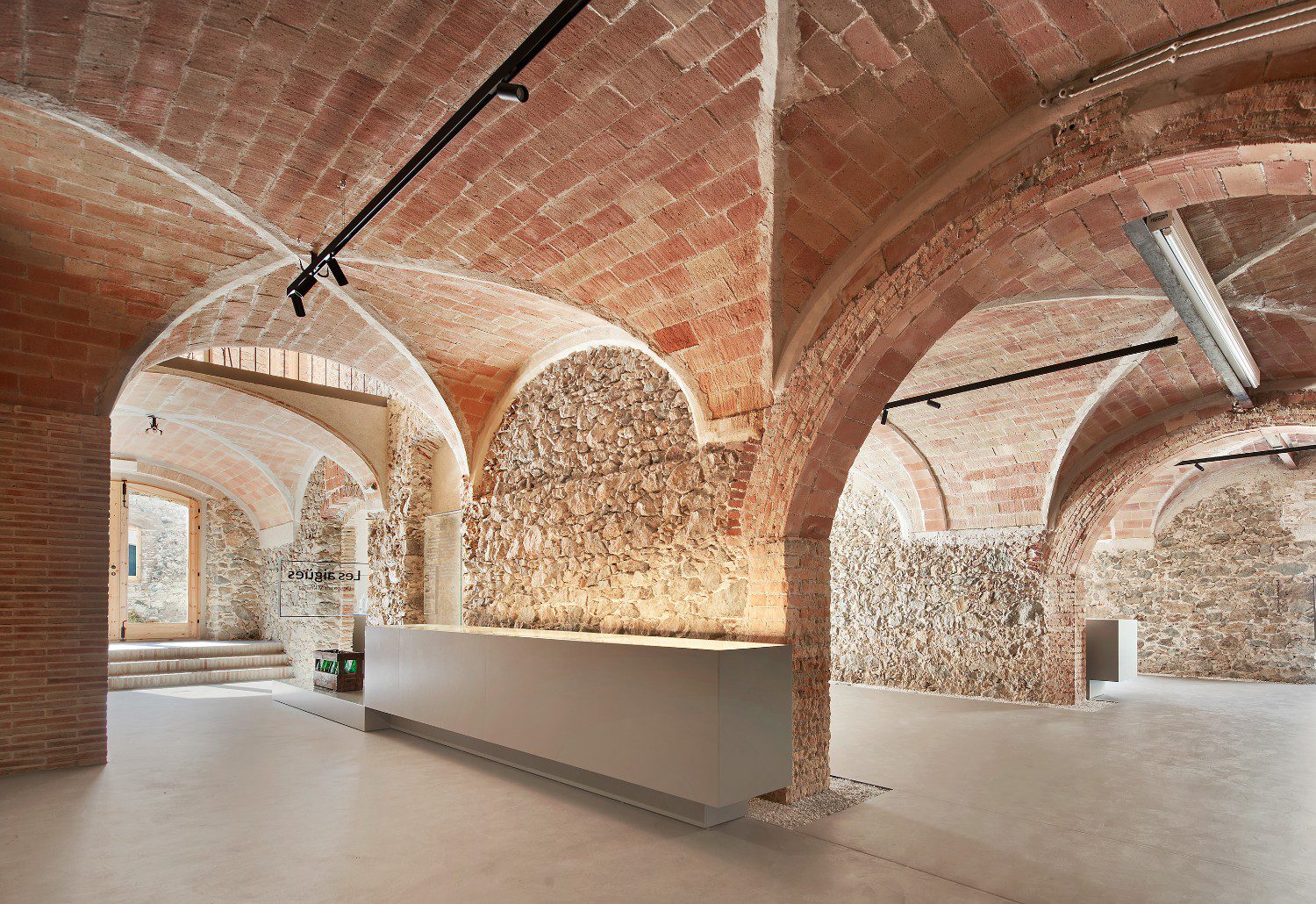 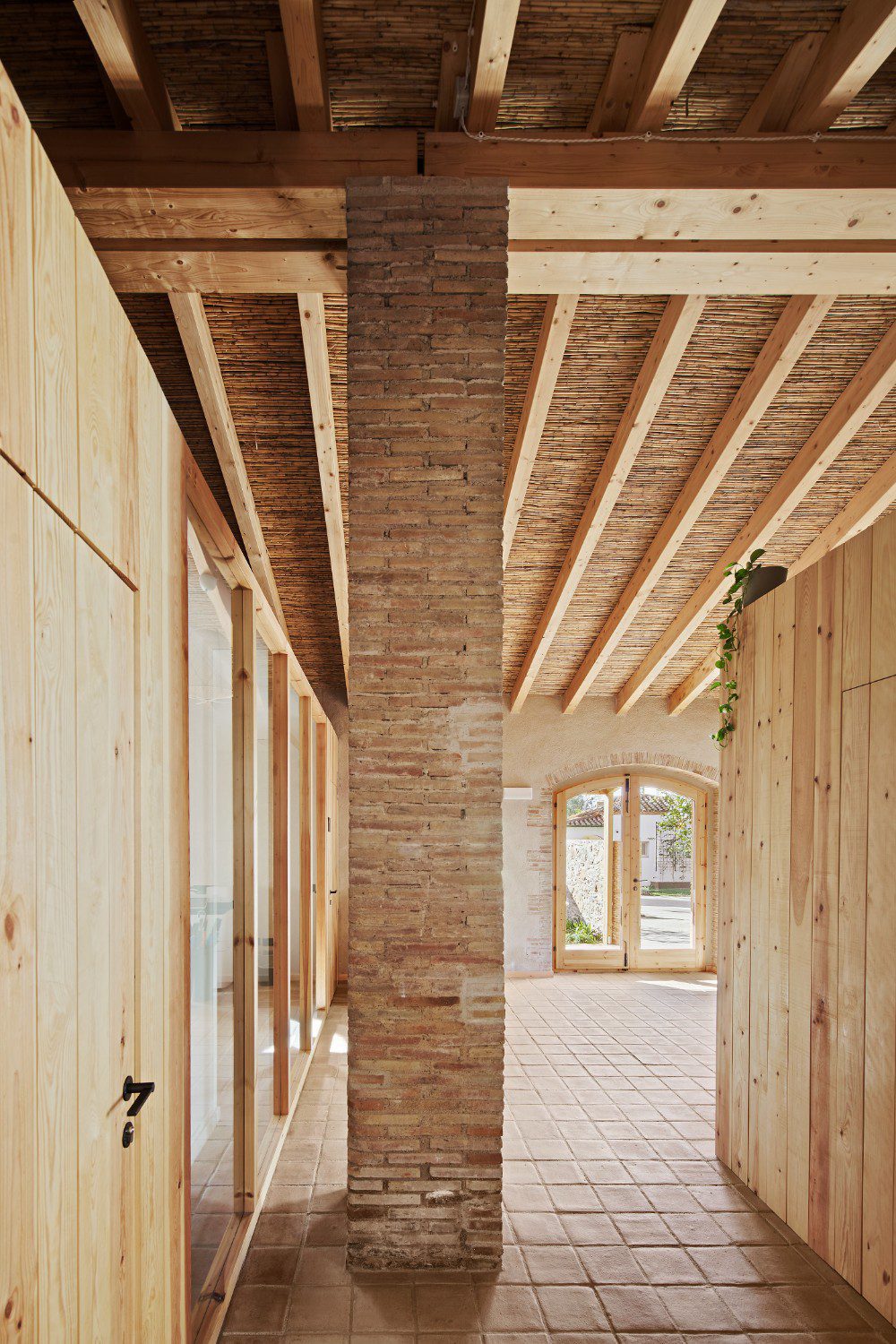 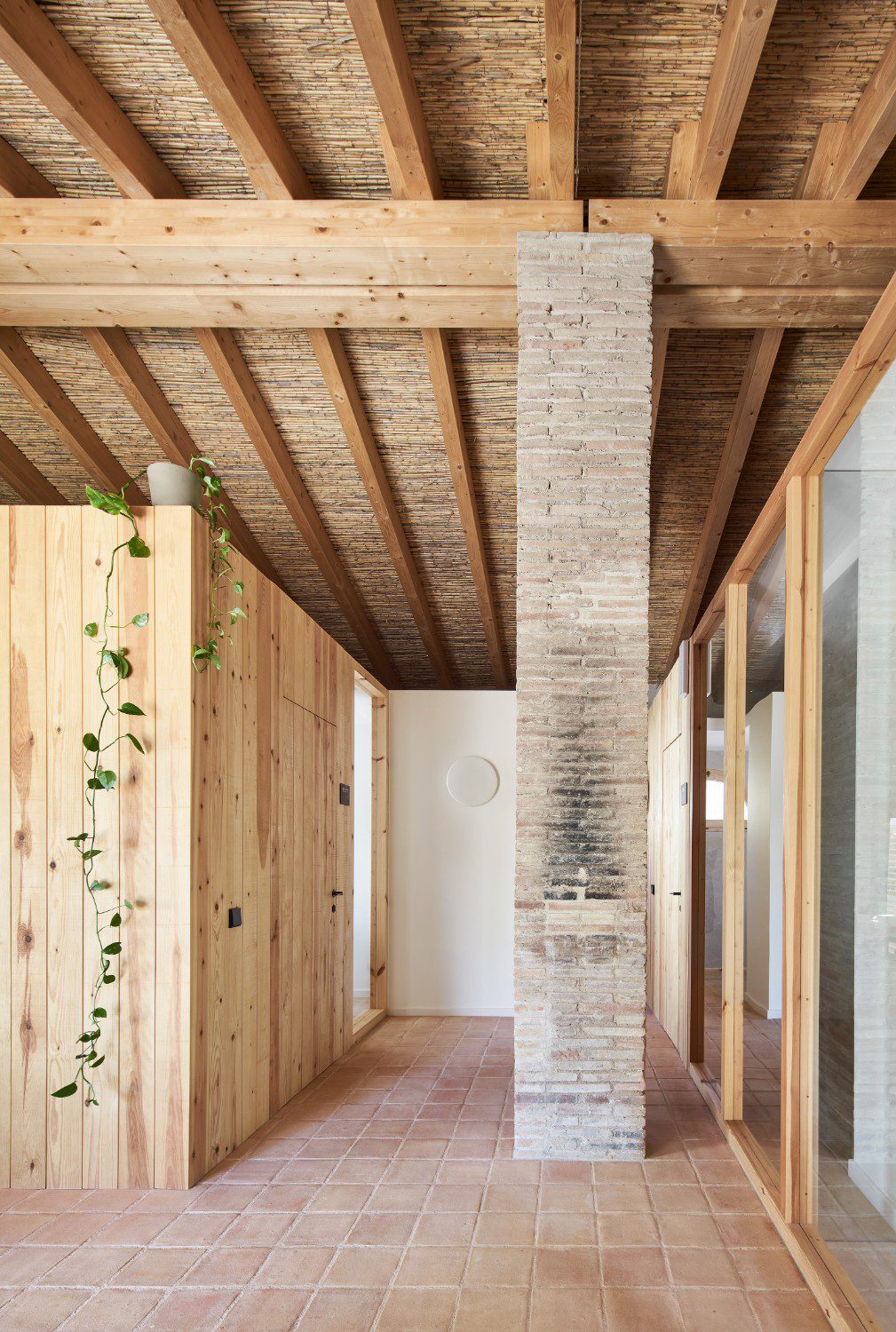 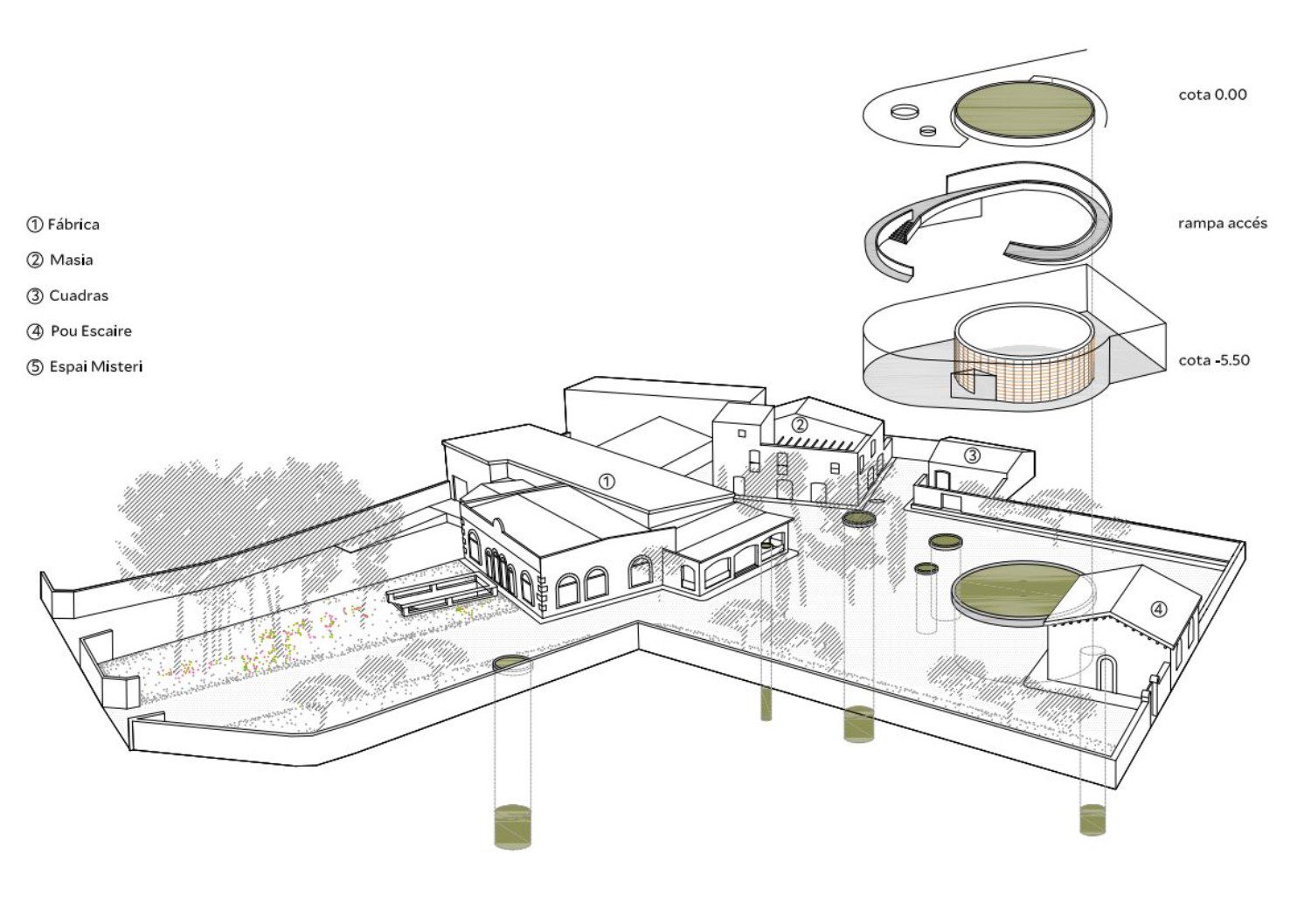 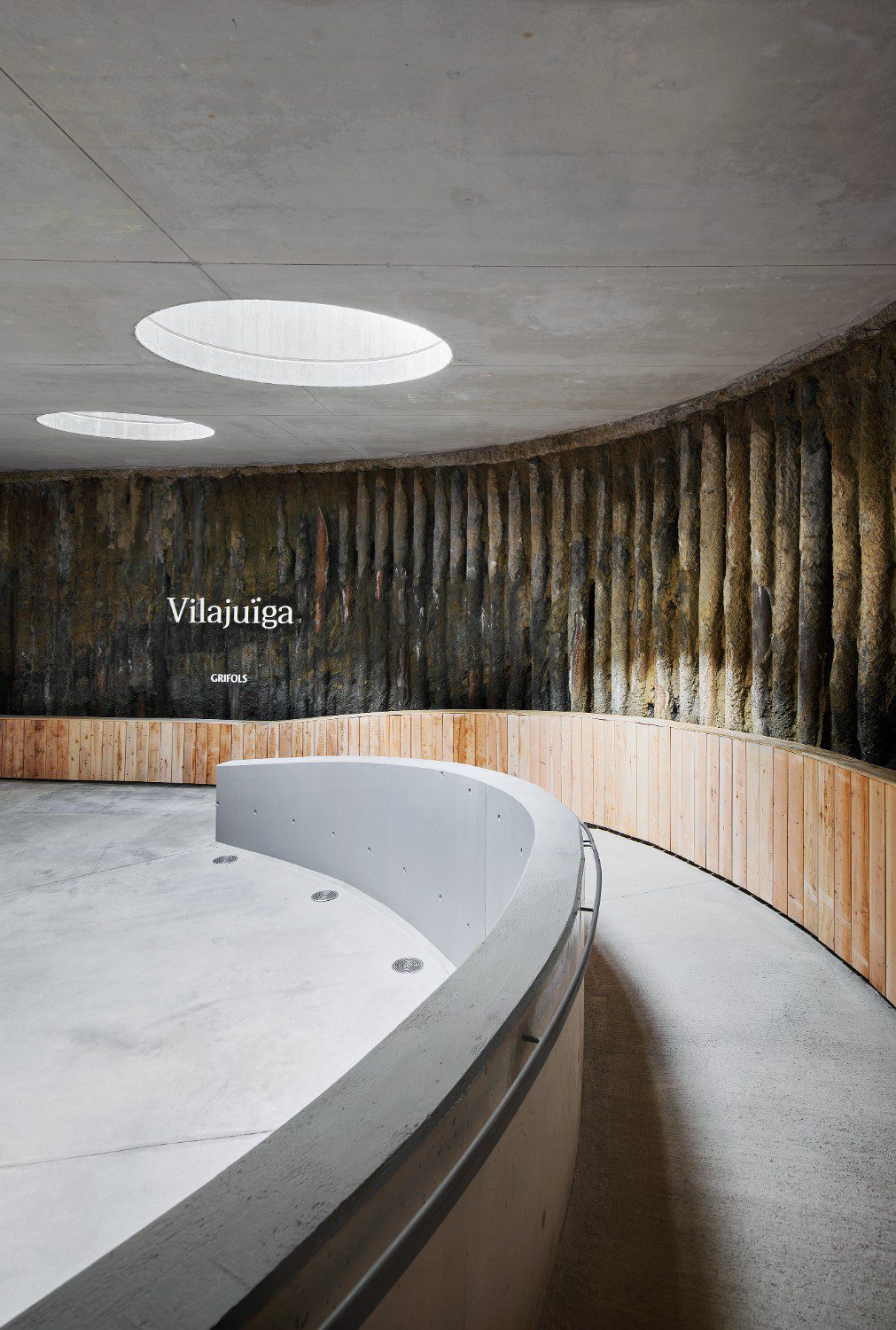 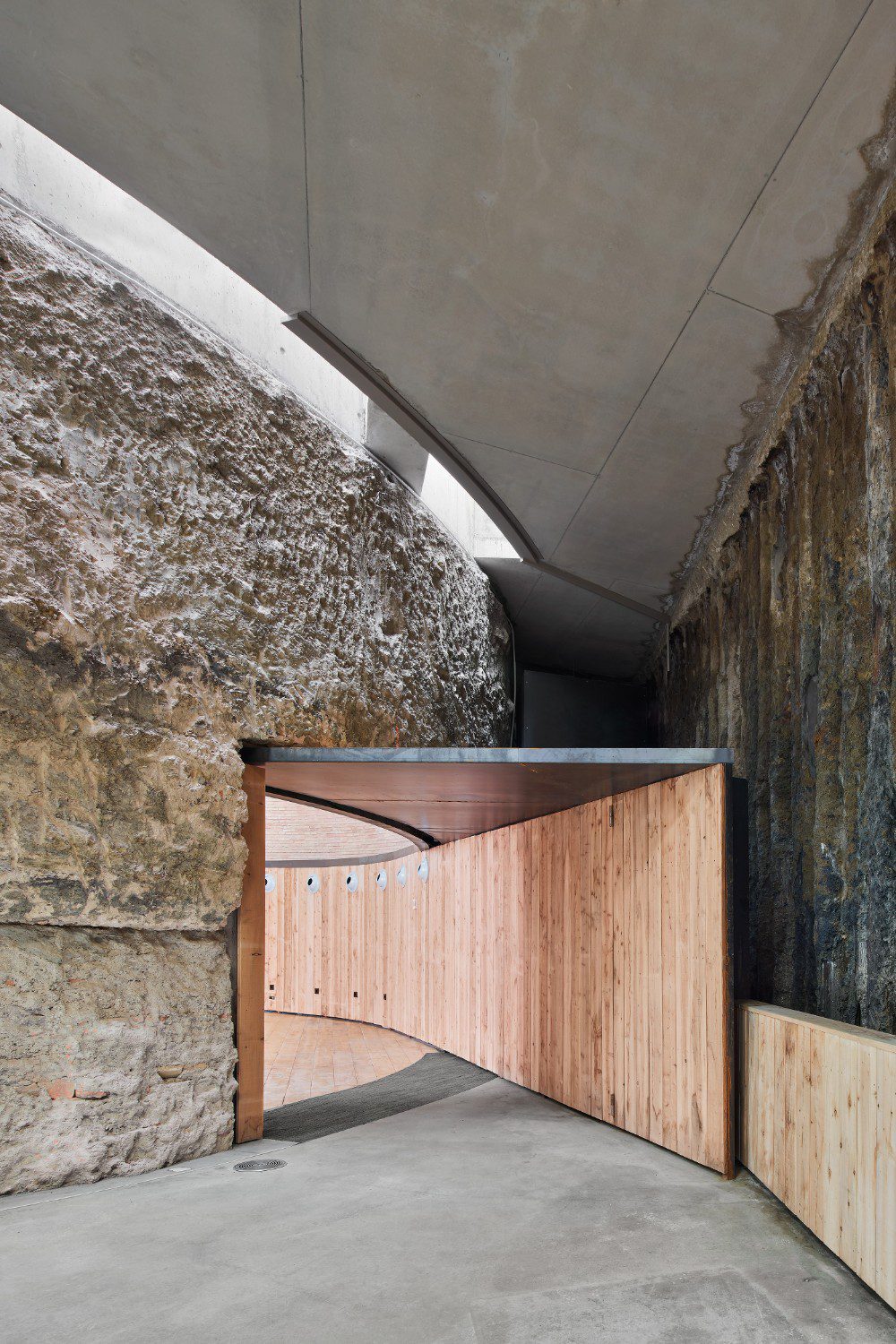 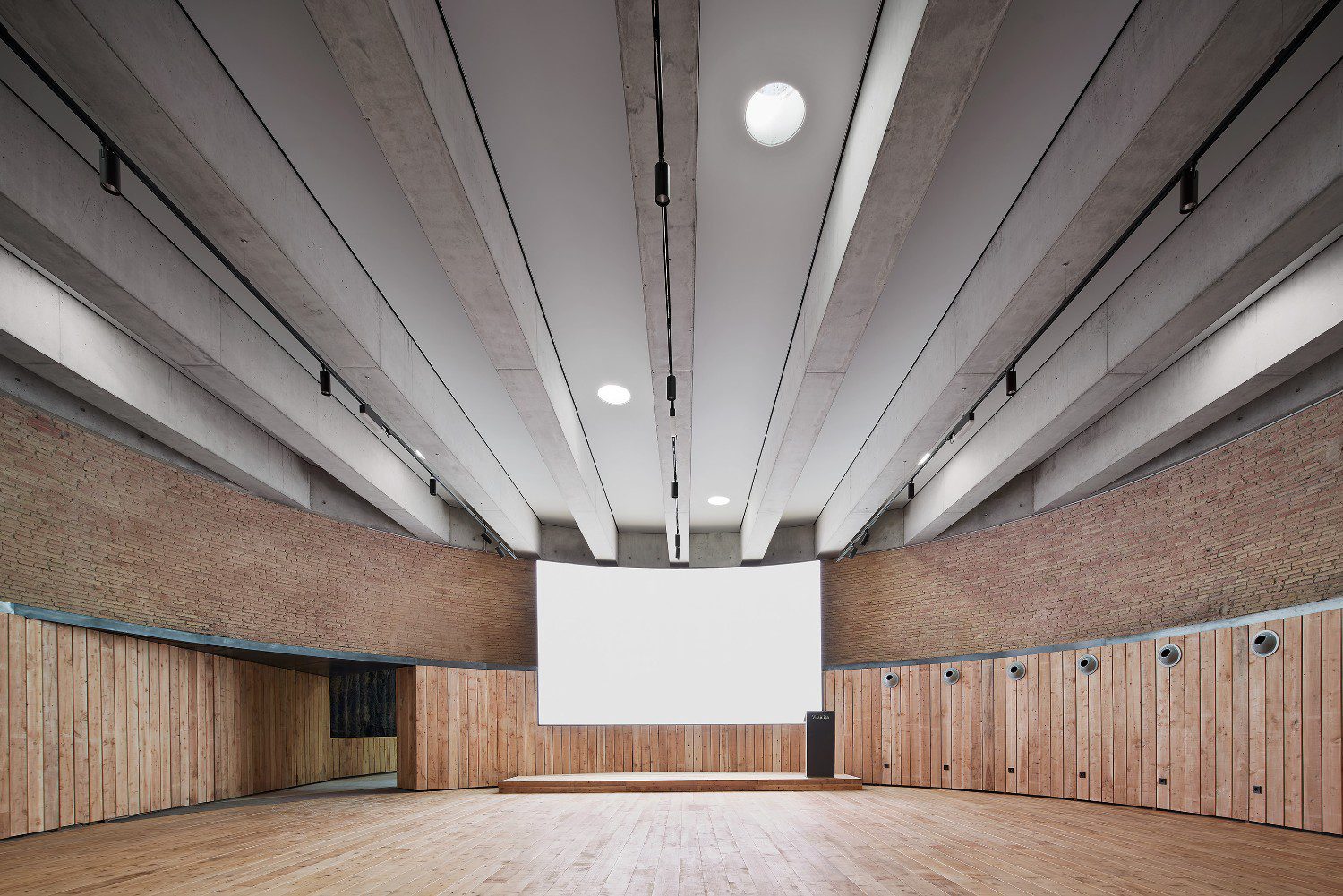 “Aigües de Vilajuïga” is a building complex that cannot be understood without the essence and presence of the water flowing under it. An underground aquifer of carbonated water that has flown non-stop since 1904. The wells and the buildings scattered in the area are the tip of a world that has never seen the light of day.

How do you shine light on something that takes place underground?

And we changed nothing… on the surface. The atmosphere of what was there seemed timeless and worth keeping intact. An old 19th century farmhouse (which remained long after everything else around it passed) became our framework: We cleaned and organized the main house, small blocks and modernist buildings unveiling forgotten details that captivated us.

And we changed everything… underground. We wanted to go close to the source. Make the experience of going deep in the water something tangible for visitors. Dig, descend and bring to the spotlight what’s usually hidden.

In the middle of the garden, concealed behind a wall of cypress trees we found a huge circular water tank that went 6 meters deep. This was our shot at going down below and exposing the foundations of Vilajuïga.

We dug around the tank until we could see the round wall from the outside. And through the wall we stepped inside, displacing the water to a layer on top and using its reflections to fill up this new space, like memories enabled by skylights in the ceiling. Submerged skylights. The rest was simple. The gardens were remade as if nothing had happened.

We made way for two things into this underground site: light and people. The first one slips in like waterfalls, scattering freely from the skylights vertical drop. The second one, people, is meant to walk down ramps, slowly, like swimming, from the bright surface into the twilight where the water used to flow quietly.

The site and the tank, undisturbed, speaks of the permanence of Vilajuïga. The ramp suggests movement on to the next stage.

Link to the project on the architect / engineer website: https://two-bo.com/portfolio/aigues-de-vilajuiga/