Home / News / Visualizing the Accumulation of Human-Made Mass on Earth 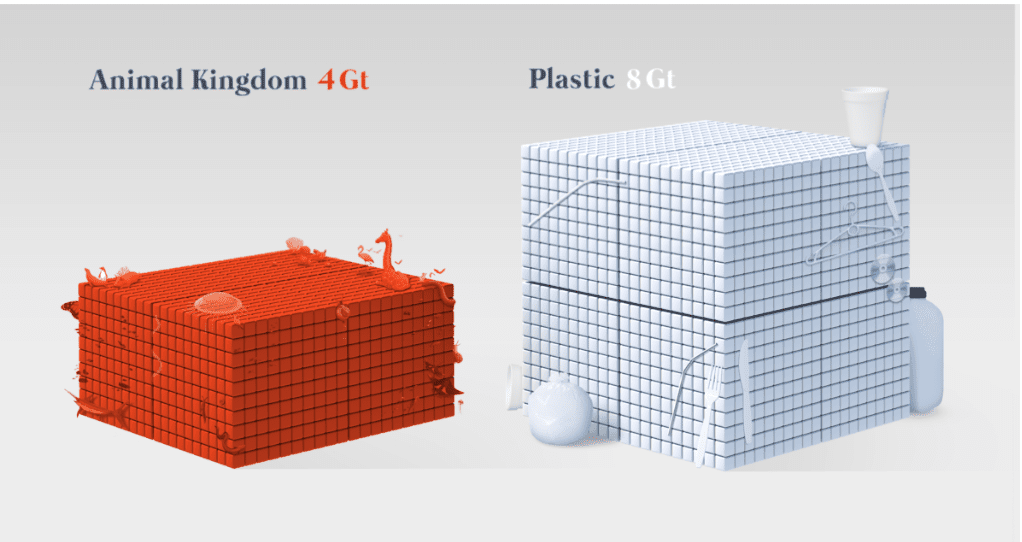 Visualizing the Accumulation of Human-Made Mass on Earth

The world is not getting any bigger but the human population continues to grow, consuming more and more resources and altering the very environment we rely on.

In 2020, the amount of human-made mass, or anthropogenic mass, exceeded for the first time the dry weight (except for water and fluids) of all life on Earth, including humans, animals, plants, fungi, and even microorganisms.

In this infographic based on a study published in Nature, we break down the composition of all human-made materials and the rate of their production.

Over the past century or so, human-made mass has increased rapidly, doubling approximately every 20 years. The collective mass of these materials has gone from 3% of the world’s biomass in 1900 to being on par with it today.

While we often overlook the presence of raw materials, they are what make the modern economy possible. To build roads, houses, buildings, printer paper, coffee mugs, computers, and all other human-made things, it requires billions of tons of fossil fuels, metals and minerals, wood, and agricultural products.

Every year, we extract almost 90 billion tons of raw materials from the Earth. A single smartphone, for example, can carry roughly 80% of the stable elements on the periodic table.

The rate of accumulation for anthropogenic mass has now reached 30 gigatons (Gt)—equivalent to 30 billion metric tons—per year, based on the average for the past five years. This corresponds to each person on the globe producing more than his or her body weight in anthropogenic mass every week.

At the top of the list is concrete. Used for building and infrastructure, concrete is the second most used substance in the world, after water.