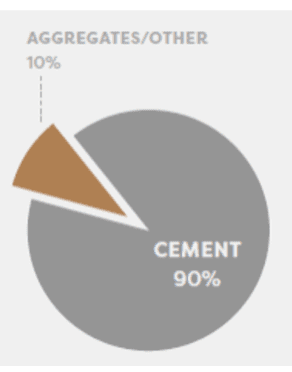 This is a guest blog by Chris Neidl. Chris is a policy consultant to NRDC’s cement decarbonization team and lead author of NRDC’s Design Guide to State and Local Low-Carbon Concrete Procurement.

This has been a breakout year for policies aimed at reducing embodied carbon in the built environment, with Buy Clean and other public procurement initiatives emerging as among the most critical platforms for decarbonizing heavy industry. As the world’s most common construction material — and one of the most emissions intensive to produce — concrete will be a major focal point for intervention and change in the wake of these developments.

Perhaps the most momentous and far-reaching policy change occurred last month with the announcement from the Biden Administration’s Buy Clean Task Force  that the federal government, supported by $5 billion in funding from the Inflation Reduction Act, will now prioritize the use of low carbon concrete, steel, asphalt, and flat glass in nearly all public construction projects. However, this major federal milestone is far from isolated. Cities and states across the country have paved the way for clean purchasing policies.

In 2022, New York State and City, and neighboring New Jersey, have emerged as the most prolific centers of activity in this area, producing among the most innovative and influential low carbon procurement proposals and policies in the country. Just days after the Federal Buy Clean announcement, New York Governor Kathy Hochul and New York City Mayor Eric Adams each signed their own separate, but highly aligned, executive orders for climate-based procurement. State Executive Order 22 (EO 22) includes a range of procurement commitments and guidelines across a number of climate and environmental priorities, including embodied carbon reduction in new construction, and New York City’s Clean Construction Executive Order 23 (EO 23) more narrowly targets embodied and operational emissions in locally procured concrete.

Both orders build upon and draw from other policy advancements implemented earlier in the year. Last January, Governor Hochul signed into law the Low Embodied Carbon Concrete Leadership Act (LECCLA), which, enacted, convenes an agency and industry stakeholder group to design a system for state agencies to award contracts based not just on price, but also climate performance. Critically, this expert panel is tasked with recommending performance incentives and other policy interventions aimed at accelerating innovation in the sector, and not simply rewarding incremental improvements to the way concrete is made today.

EO 22 builds on elements of LECCLA, including requiring bid-stage environmental product declarations (EPDs) for contractors, as well as an explicit declaration that accelerating innovation will be an objective of climate-aligned procurement. Unfortunately, the EO missed an opportunity for greater impact by excluding specific incentives for contractors, as well as binding targets and timelines for emissions reductions in concrete and other building materials. However, what’s put forth sets a foundation for a more ambitious and comprehensive approach, and opens the door for successor policies and amendments.