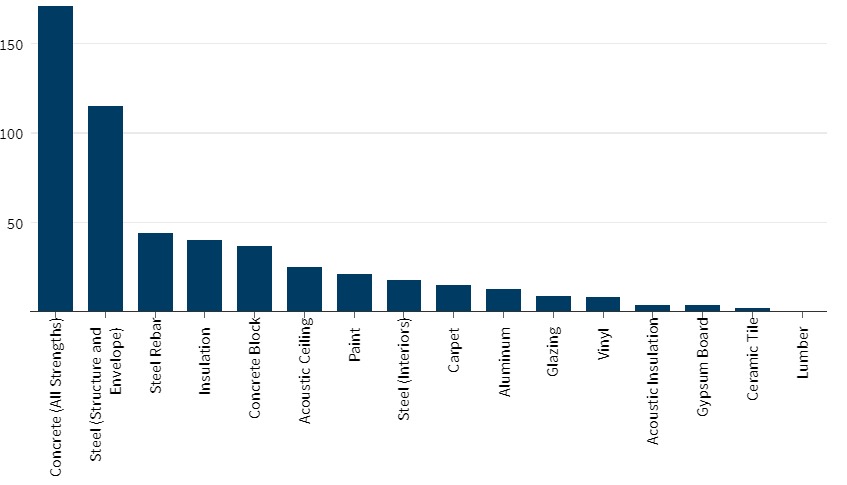 Today, the White House took a major step to reduce a pervasive yet often overlooked source of greenhouse gases (GHGs) locked into buildings before anyone steps foot inside — also known as embodied carbon. The announcement of an ambitious set of “Buy Clean” recommendations will advance green building materials procurement for federal building and transportation projects. As a knock-on, it will turbocharge nationwide demand for low-carbon versions of concrete, steel, asphalt, and flat glass.

The US federal government is the largest consumer in the world, spending more than $650 billion on products and services each year. Given its massive portfolio of buildings nationwide, totaling 2.8 billion square feet, the push to procure low-carbon building materials will help dramatically reduce GHG emissions locked up in the walls, foundations, and ceilings of both new and existing properties. The move will also help meet US goals of achieving net-zero GHG emissions by 2050.

Structural materials such as concrete and steel are major drivers of climate pollution from buildings. Combined, they represent more than 60% of embodied carbon emissions for US federal buildings. In particular: