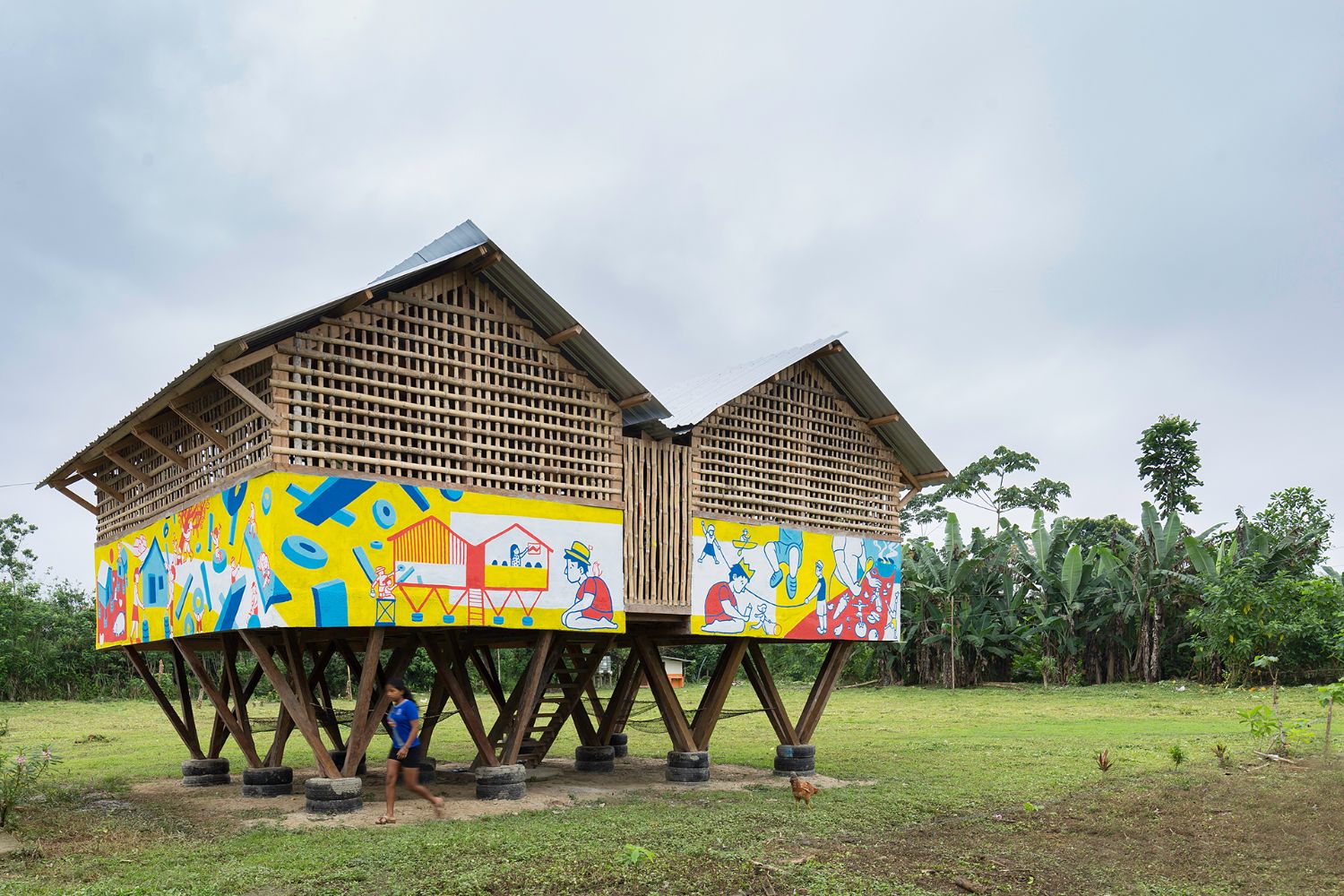 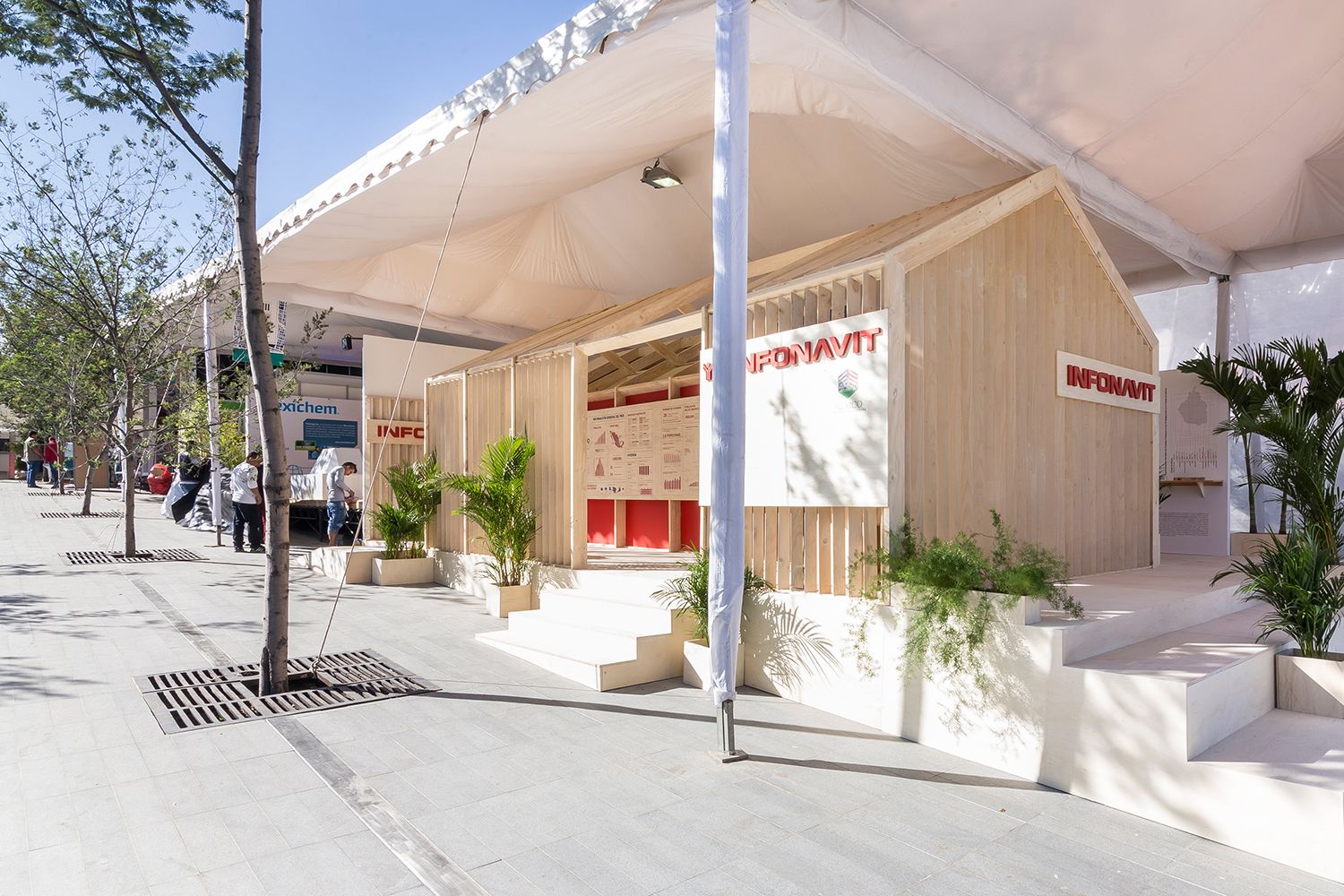 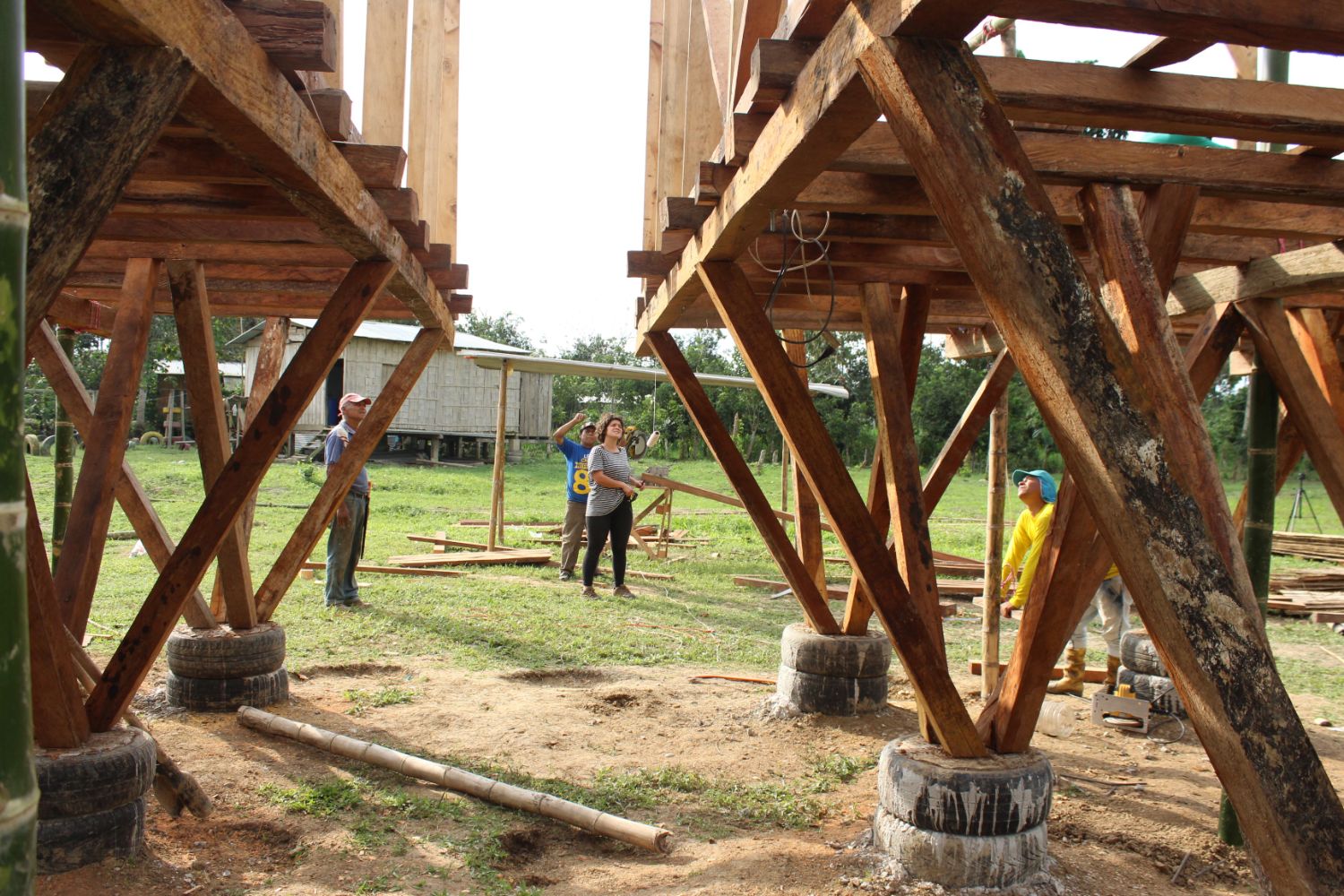 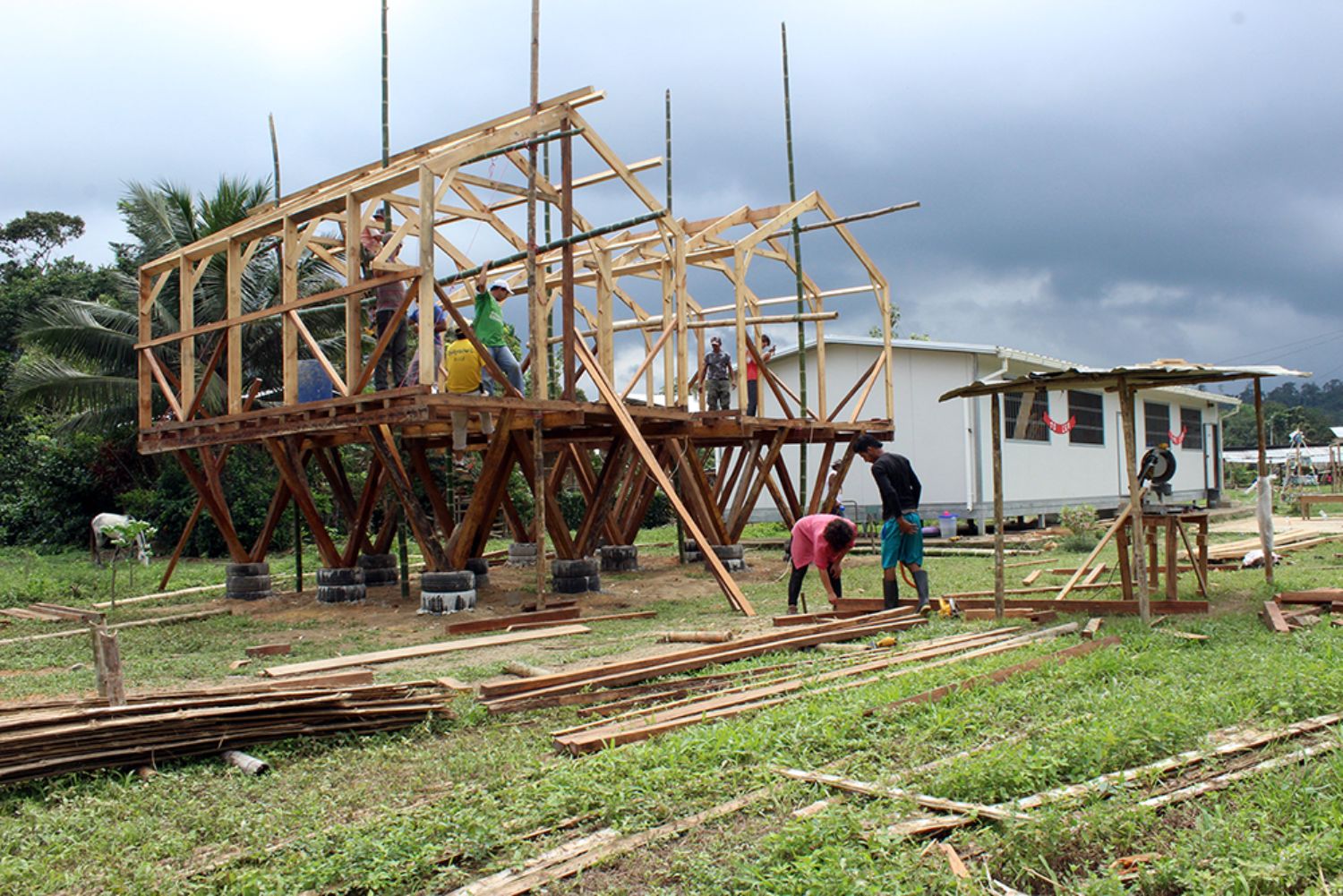 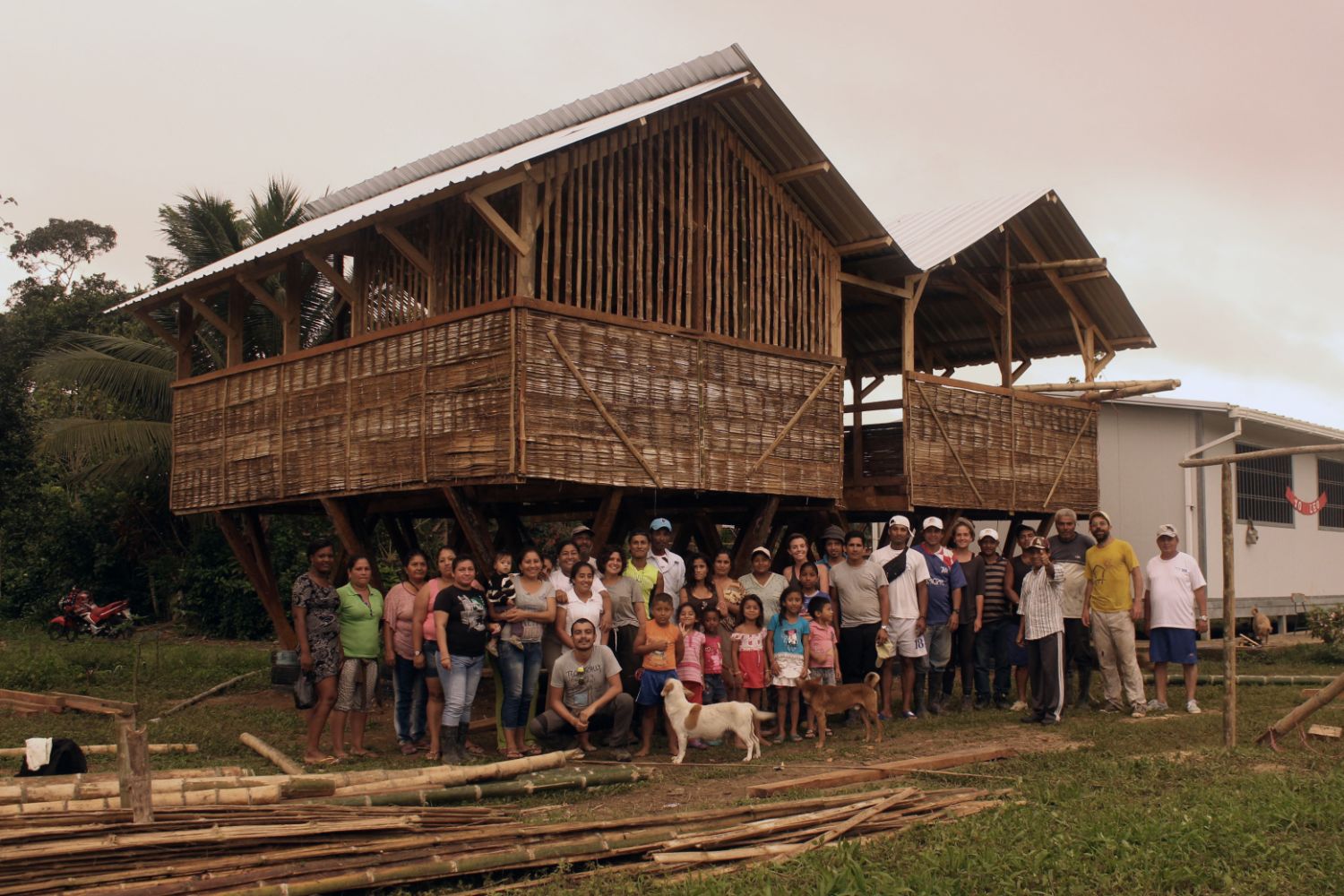 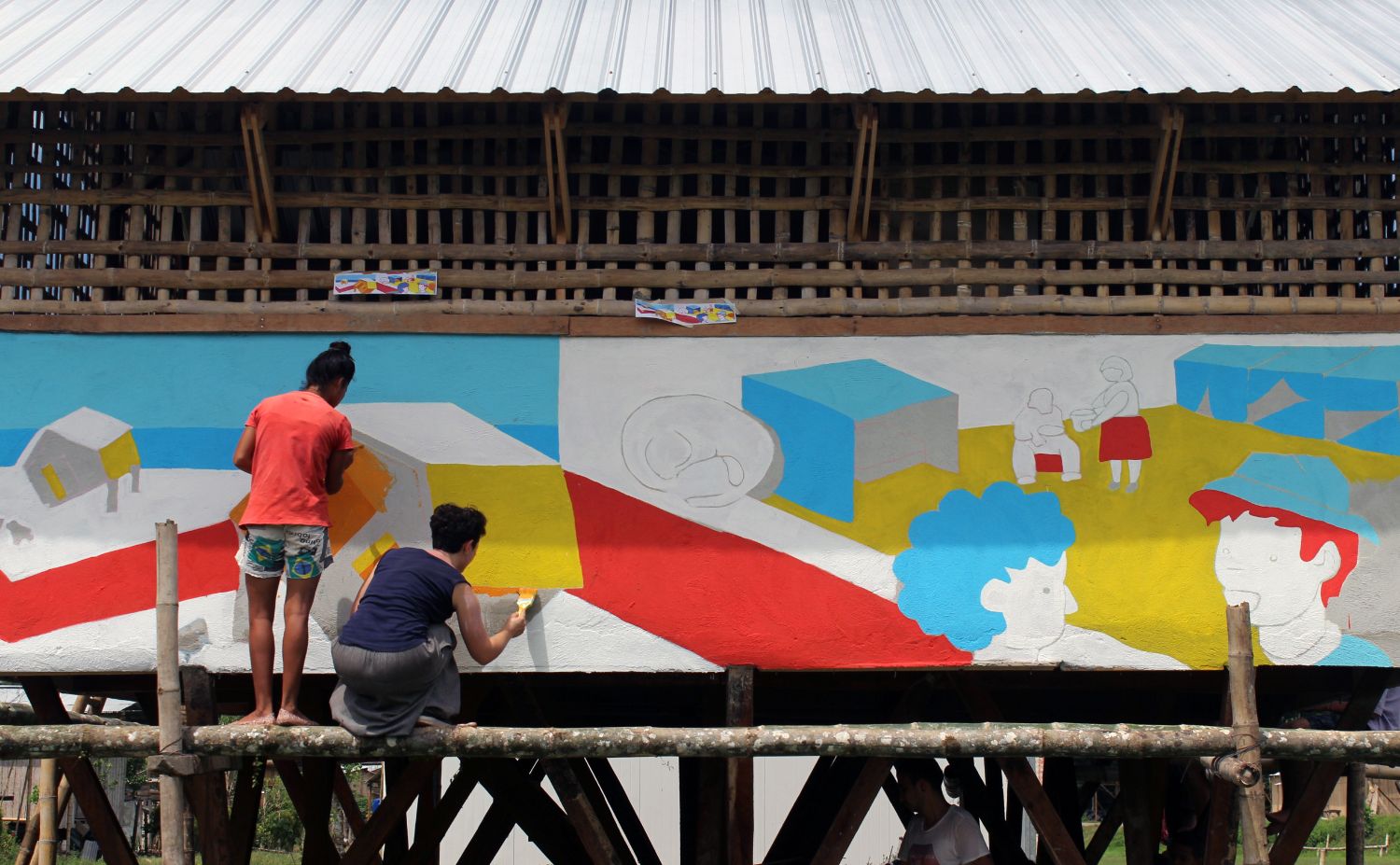 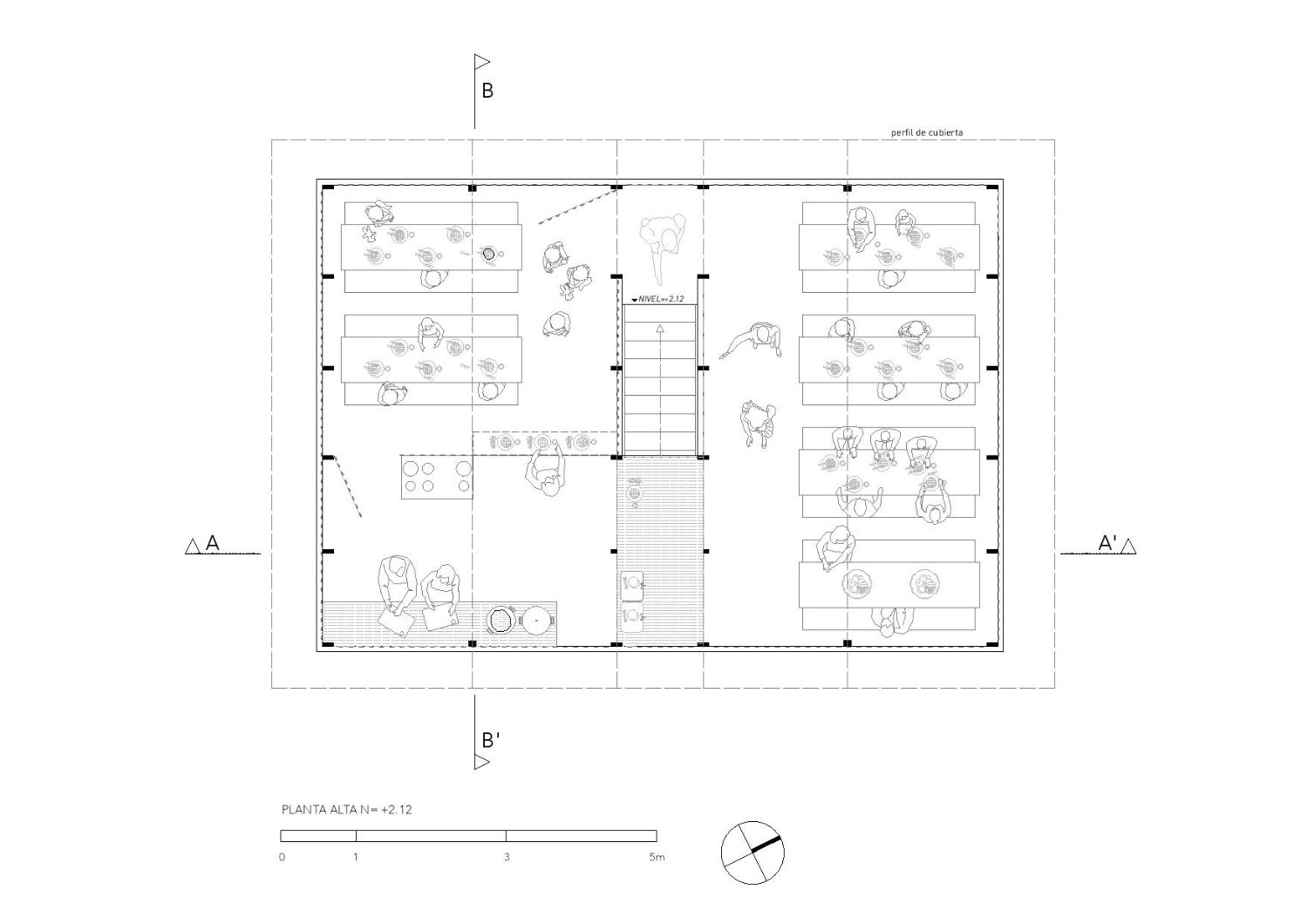 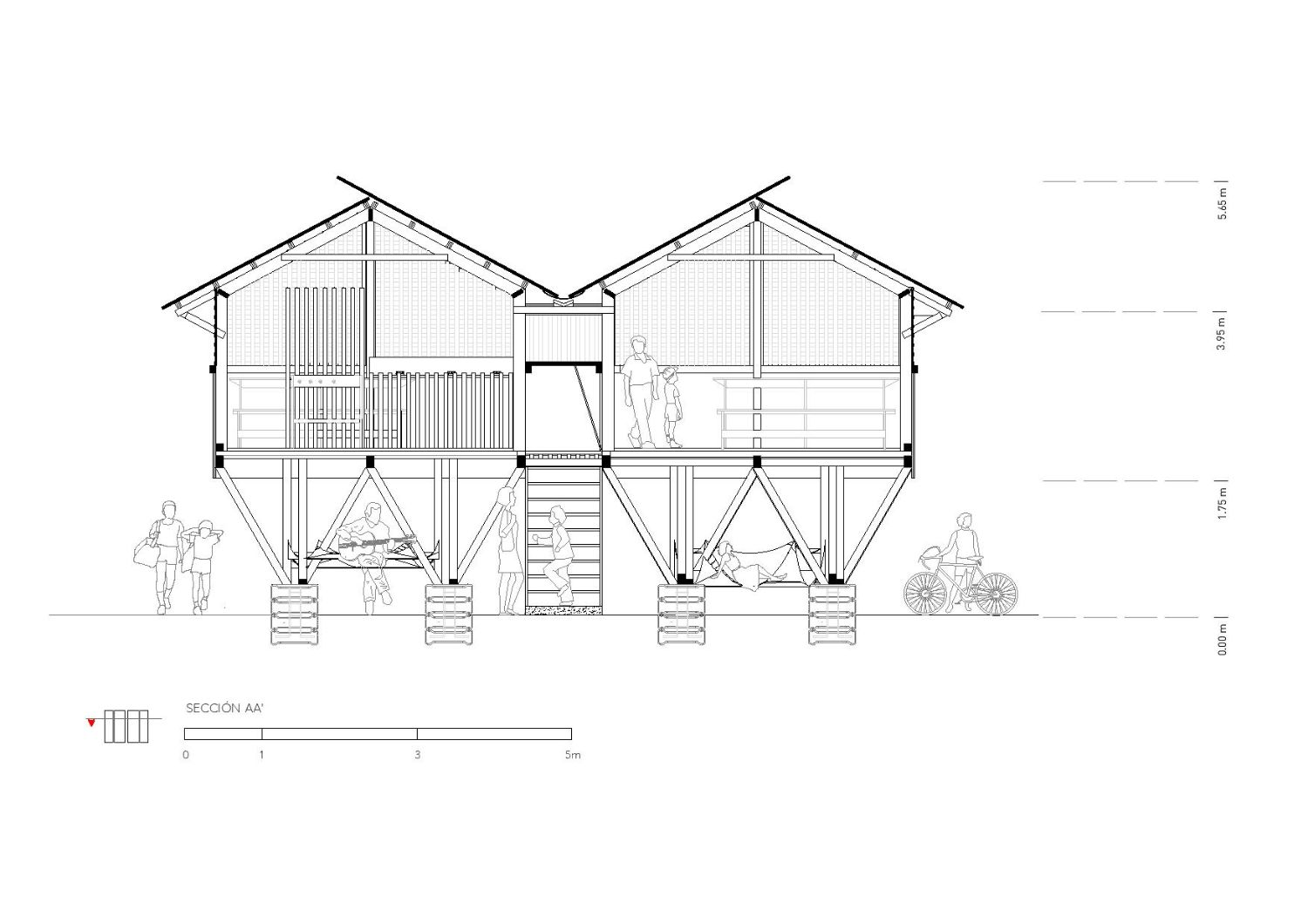 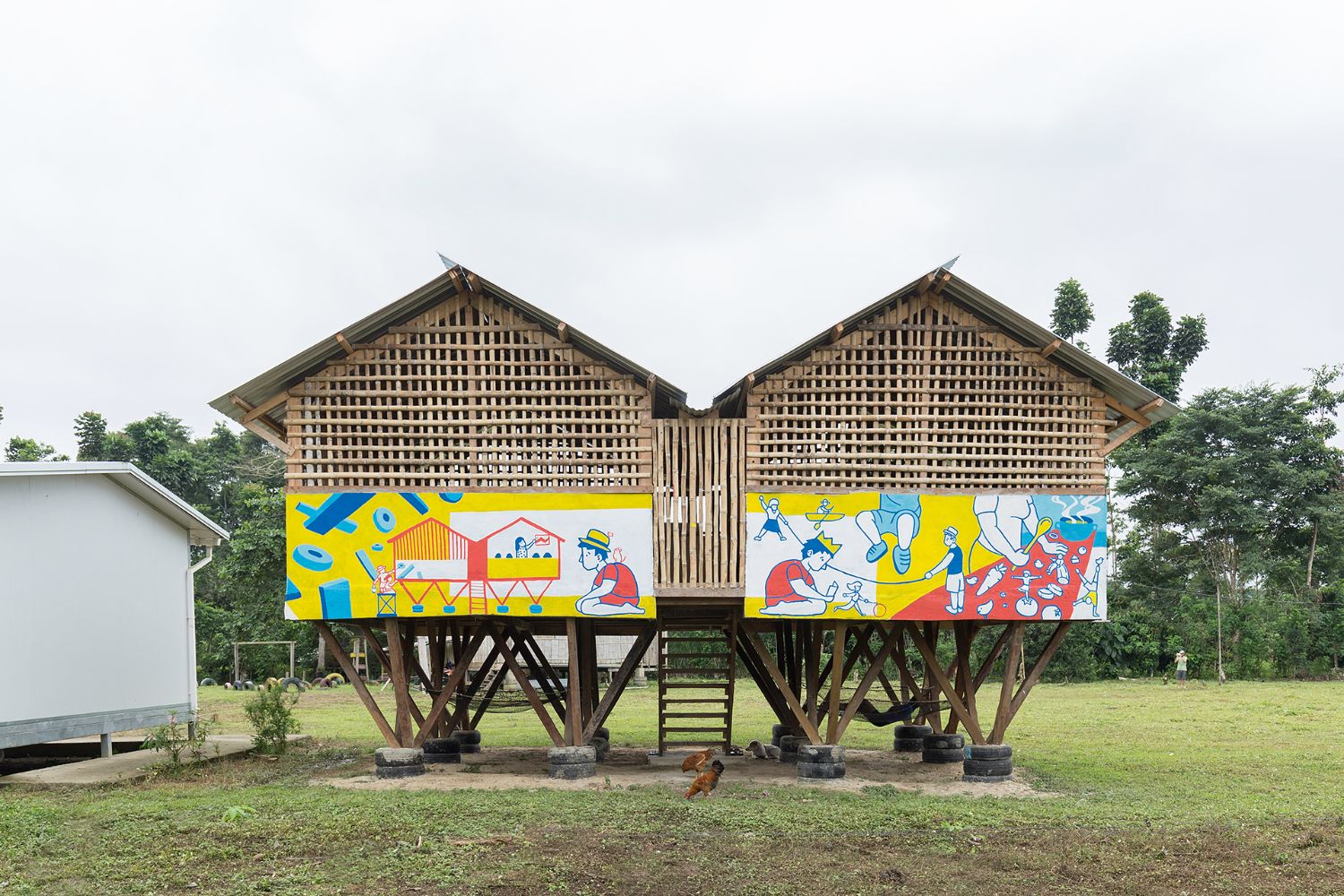 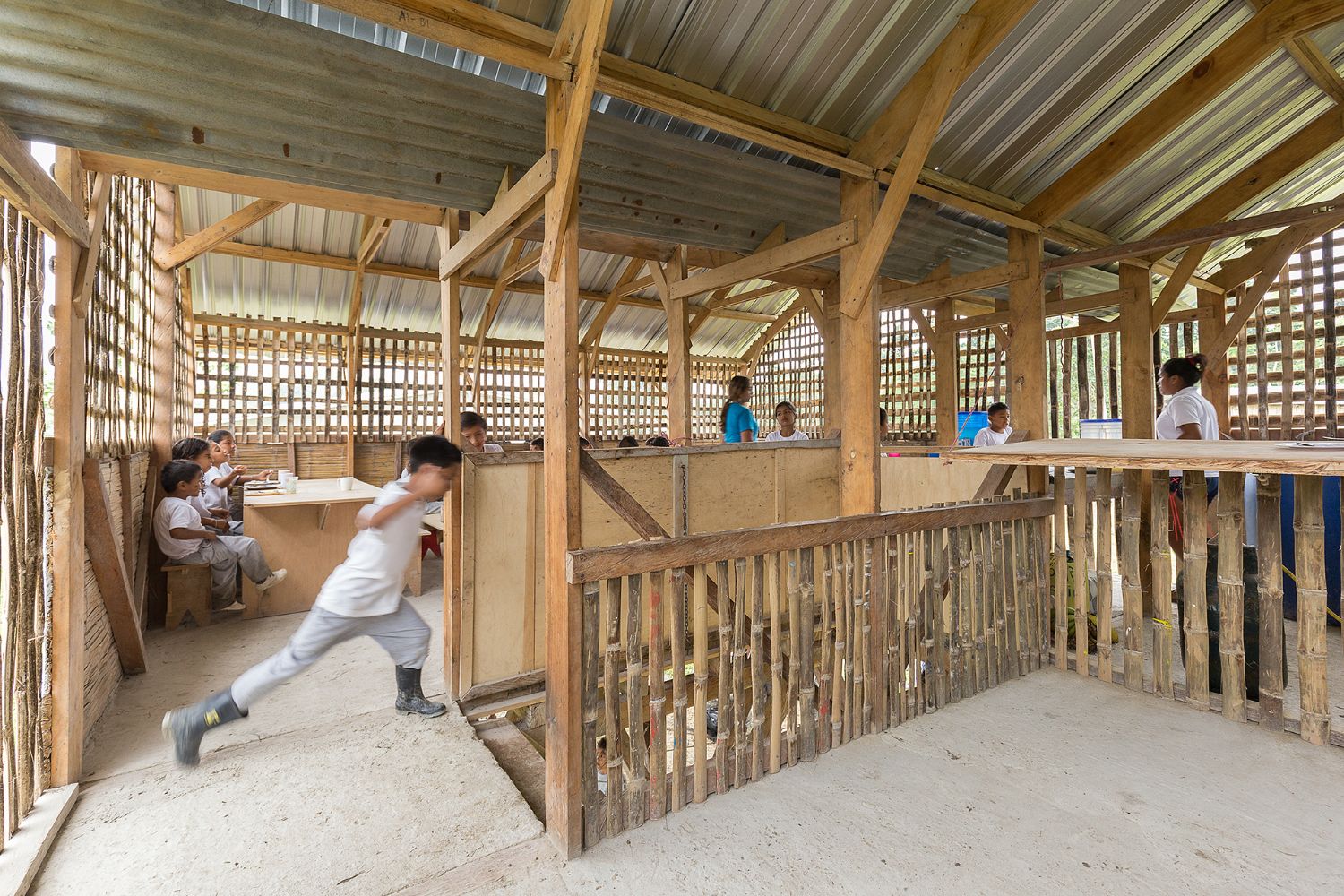 This project was born from a moment where will and chance came together. In 2016, for the World Conference of the United Nations Habitat III, the Infonavit Pavilion was perfect to be reused. Just a few meters away from this pavilion our project was located, we had won the design and construction of the German Pavilion. Our proposal revolved entirely around the precept of reusing all the materials: our pavilion was going to be converted into some housing prototypes that we had been working on for the victims of the earthquake on April 16th in 2016. So Infonavit asked us to give social use to its pavilion

When we met, the connection was inevitable and we formed an alliance. When the Infonavit Pavilion was dismantled, it went to our warehouse. The next step was to find out how the pavilion could be used with a community-purpose and where it could be reassembled.

The pavilion was a construction of two interlocking naves that had the archetypical form of a house. The first thing we did was separate them in order to create two spaces. That action allowed us to have sufficient space on the inside to function as a classroom, a dining room, a workshop space, a greenhouse etc. Basically, it enables the space to generate activities of congregation quite different from an exhibition.

The search for a location was quickly resolved by the office that we collaborated with for this project: Taller General. After the earthquake they started to give technical assistance to the community of Guadurnal, so they had a very good idea of the necessities of that community. The first attempt of the project was to convert the pavilion into two classrooms, but while we were working on that idea a prefabricated nave from pvc with two classrooms was installed with help from the state.

Good or bad, the demand for a school had been resolved. The next necessity was to respond to an improvised dining room for the school children. One of the problems that the community always addressed during the participatory workshops was that the terrain flooded during periods of heavy rain. During the most critical years the water had reached a level of 2 meters. The evident decision was to elevate the project and assign a more ephemeral use to the ground floor. We took advantage of the shadow that is vital in coastal regions to generate a meeting place and we placed a couple of nets under the structure. This gave the space a playful character that created a meeting place, not only for the littlest but also for the adults.

The project rapidly became iconic for the community and with their own means they decided to give the sugar cane walls a new cement covering. During this improvement frenzy they asked us in which color they ought to paint it. David Sur, an urban artist and graphic designer, was still on the site as part of the Taller General team that was giving technical assistance after the earthquake. So he took charge of a mural that told the history from the reconstruction until the finishing of the dining room. With this action the pavilion became the depository of the community’s history, with a before and an after the earthquake.

Link to the project on the architect / engineer website: https://www.albordearq.com/comedor-de-guadurnal_guadurnals-lunchroom