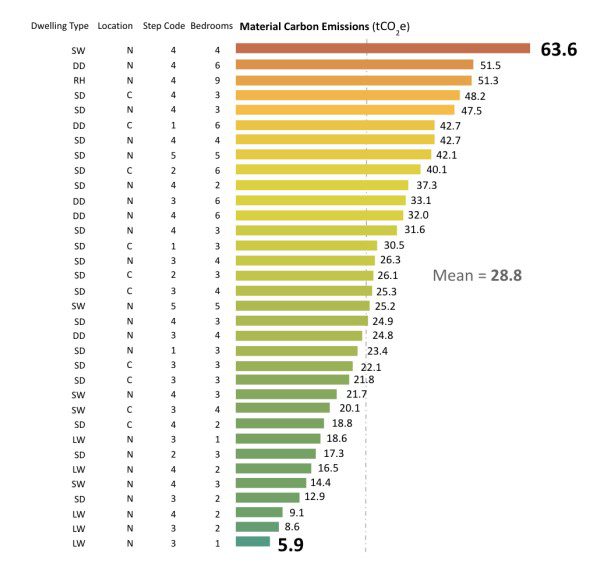 This work began with a question of whether pursuing the highest steps of the BC Step Code could lead to a higher overall emissions profile if Material Carbon Emissions1 (MCEs) are not considered in tandem with Operational Carbon Emissions2 (OCEs). This came up in 2020 as Nelson’s Climate Action Plan, Nelson Next, was being developed and as the senior building inspector, Sam Ellison, began to learn more about MCEs.

In late 2020, the City’s development services department commissioned work to learn more about the correlation between increased energy efficiency and higher MCEs. To achieve this, 3West Building Energy Consultants (3West) was contracted out to assess the MCEs associated with 3 recently built homes in Nelson who had all achieved different BC Energy Step Code3 levels. This preliminary investigation sought to model how substituting certain materials with accessible and affordable low-carbon alternatives might have influenced the overall MCEs associated with the building. These preliminary findings suggested that MCEs might increase as the Step Code level increases, and found that by substituting low-carbon materials available through existing retailoutlets, the MCE could have been reduced by an average mean of 77%.