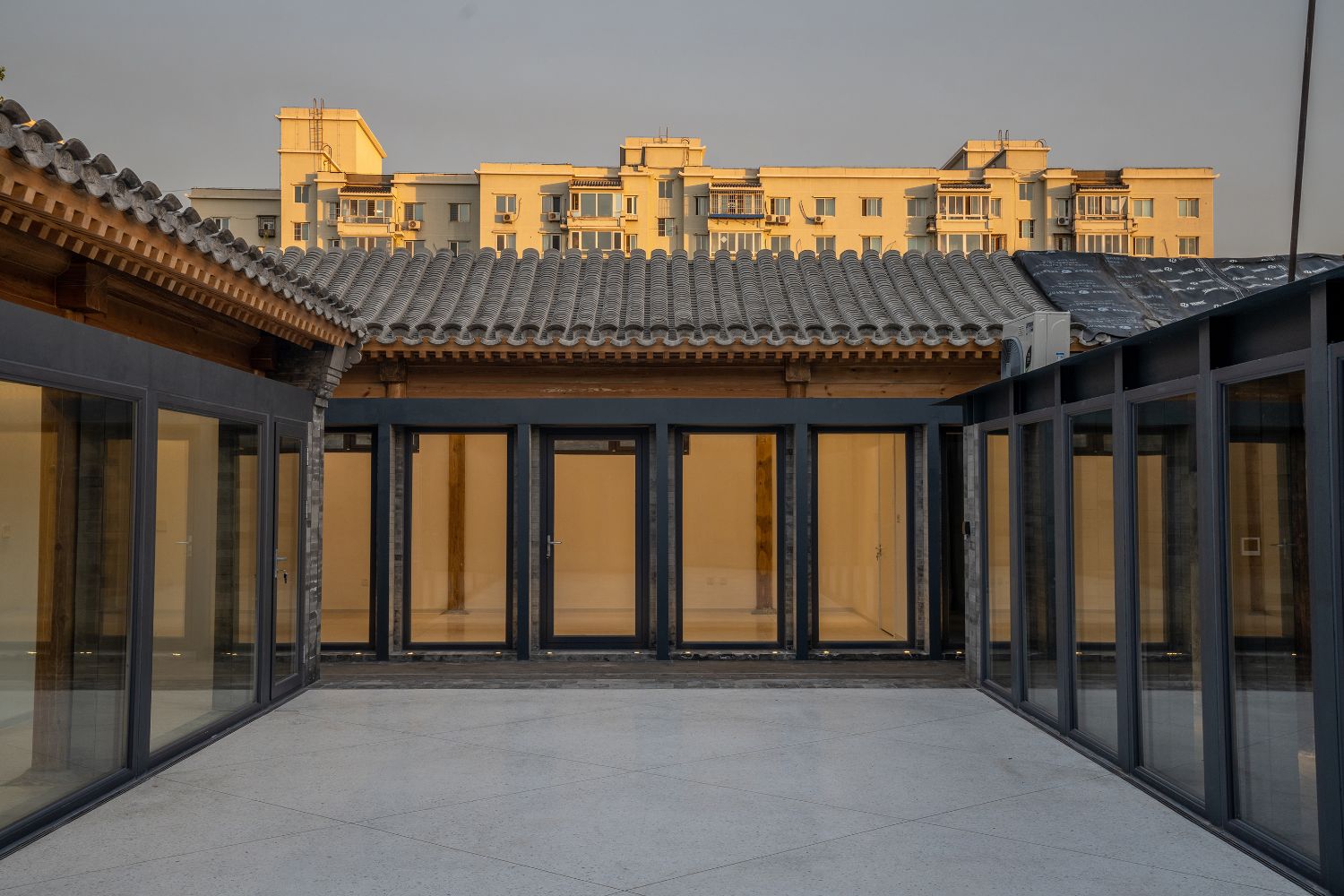 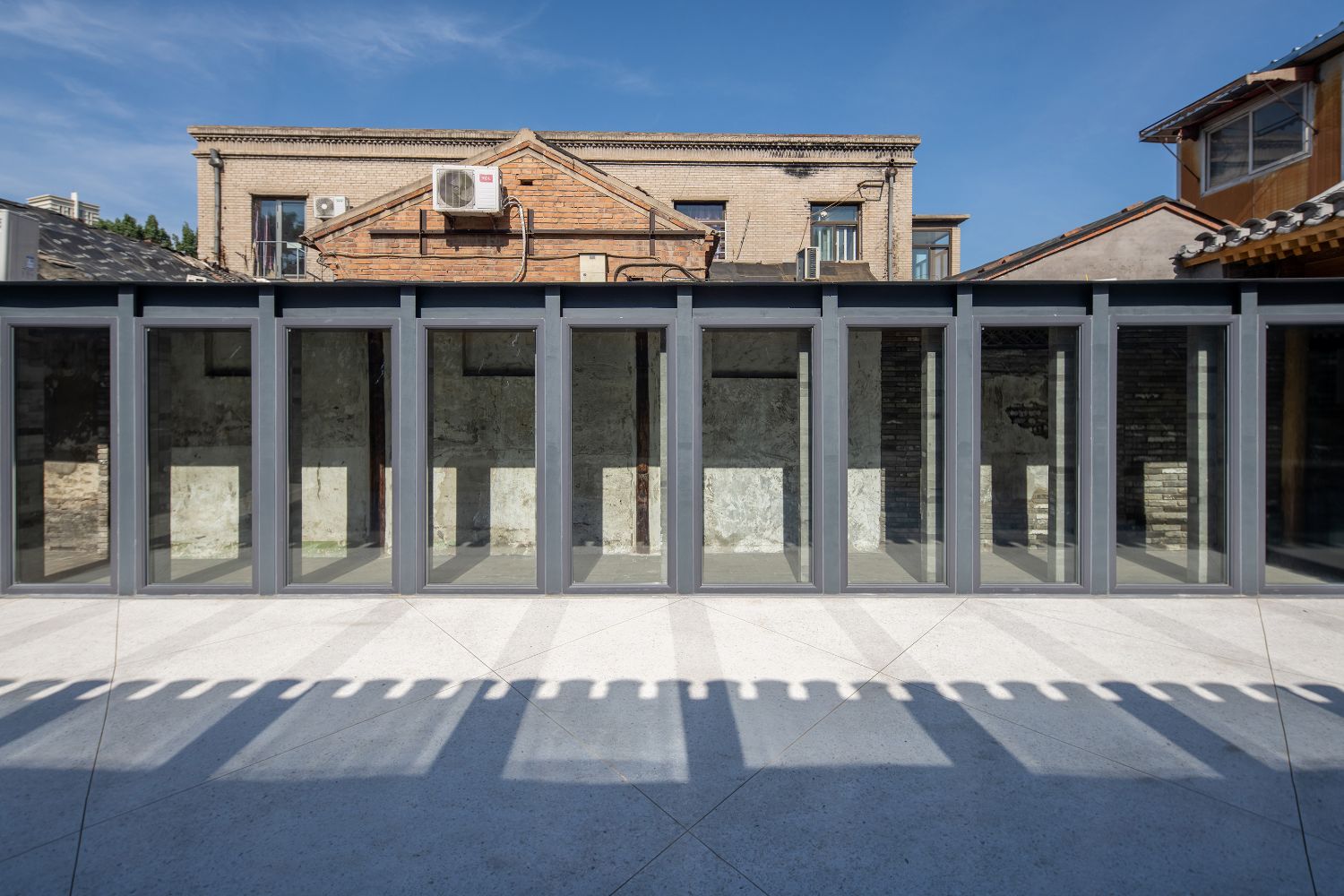 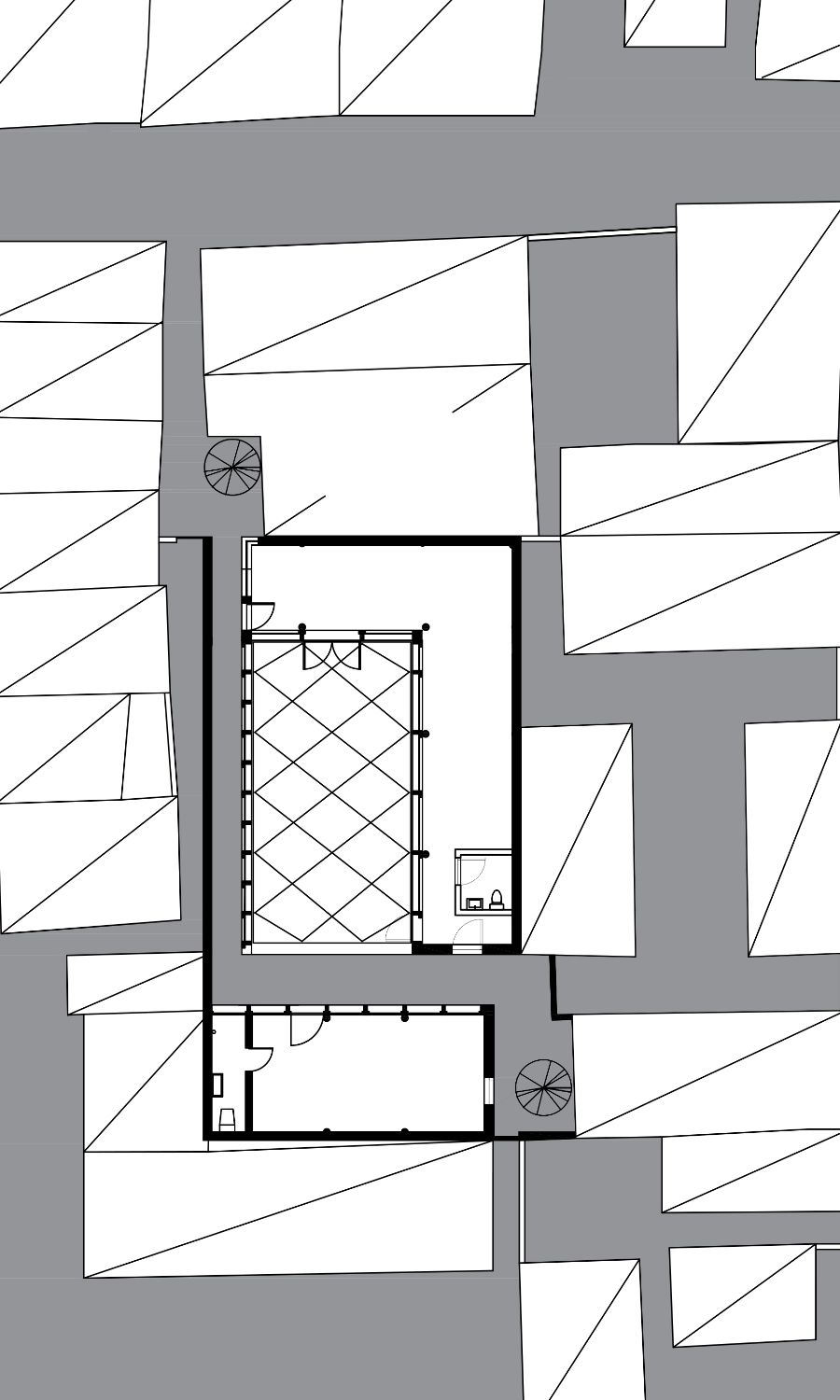 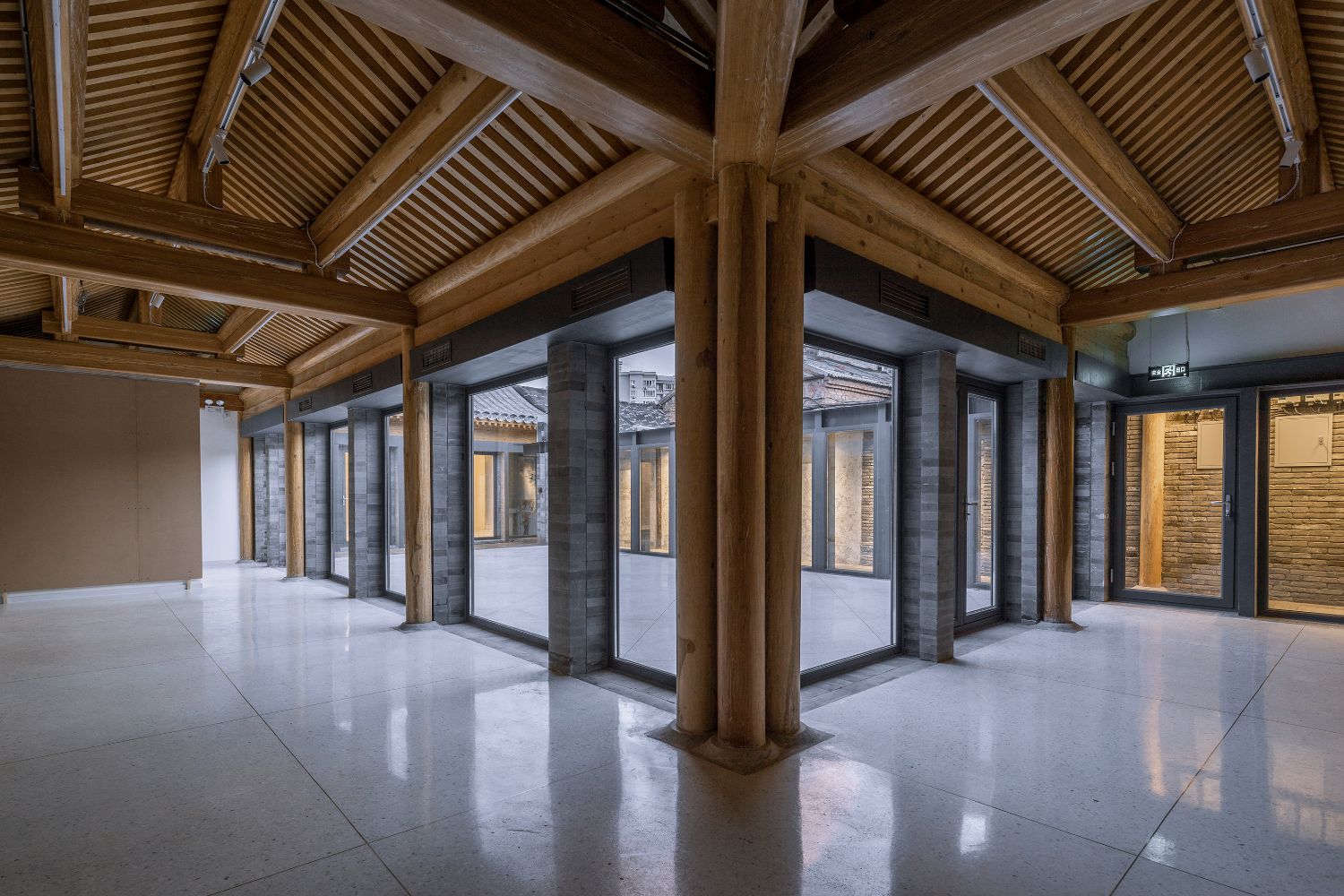 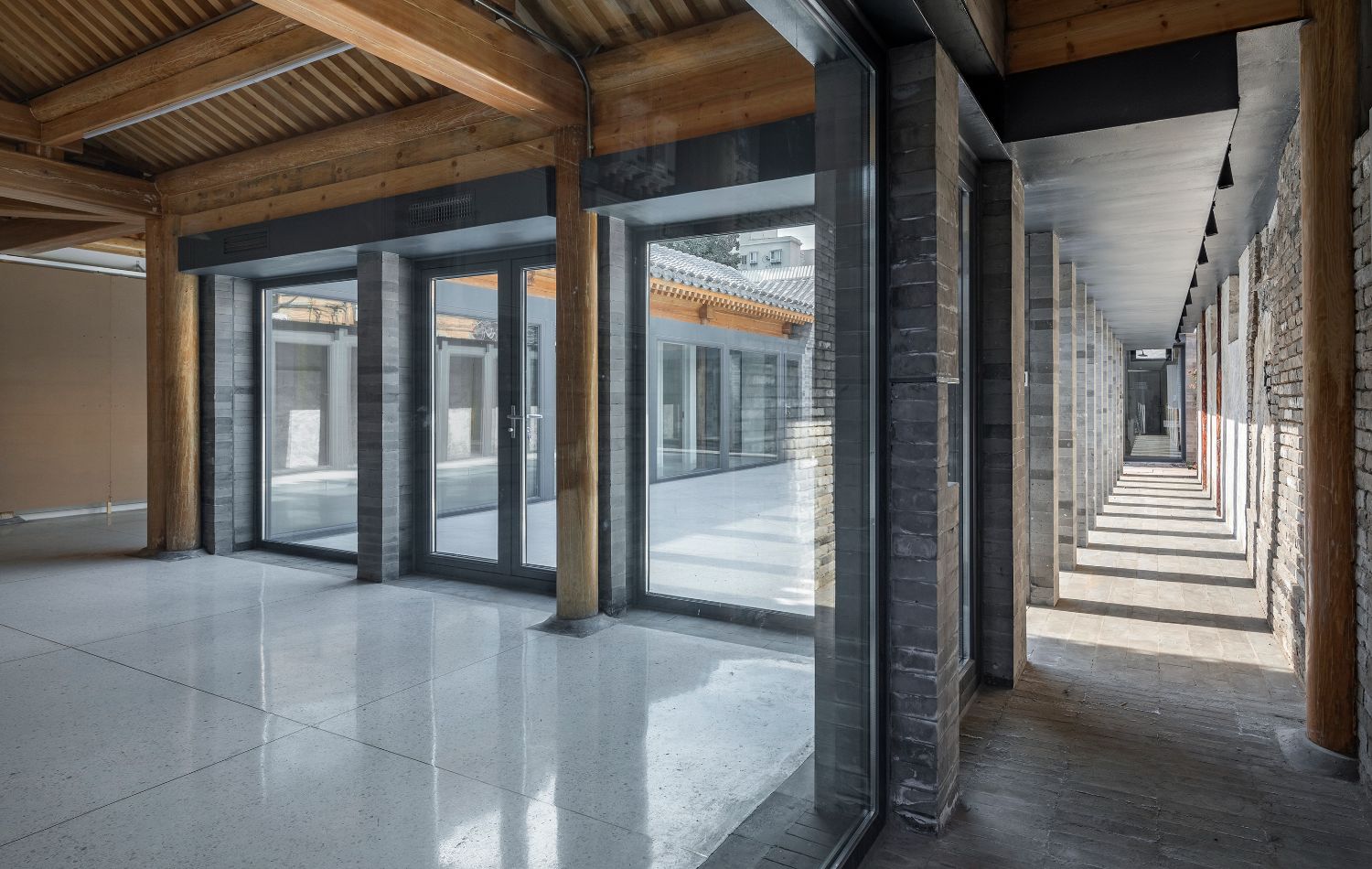 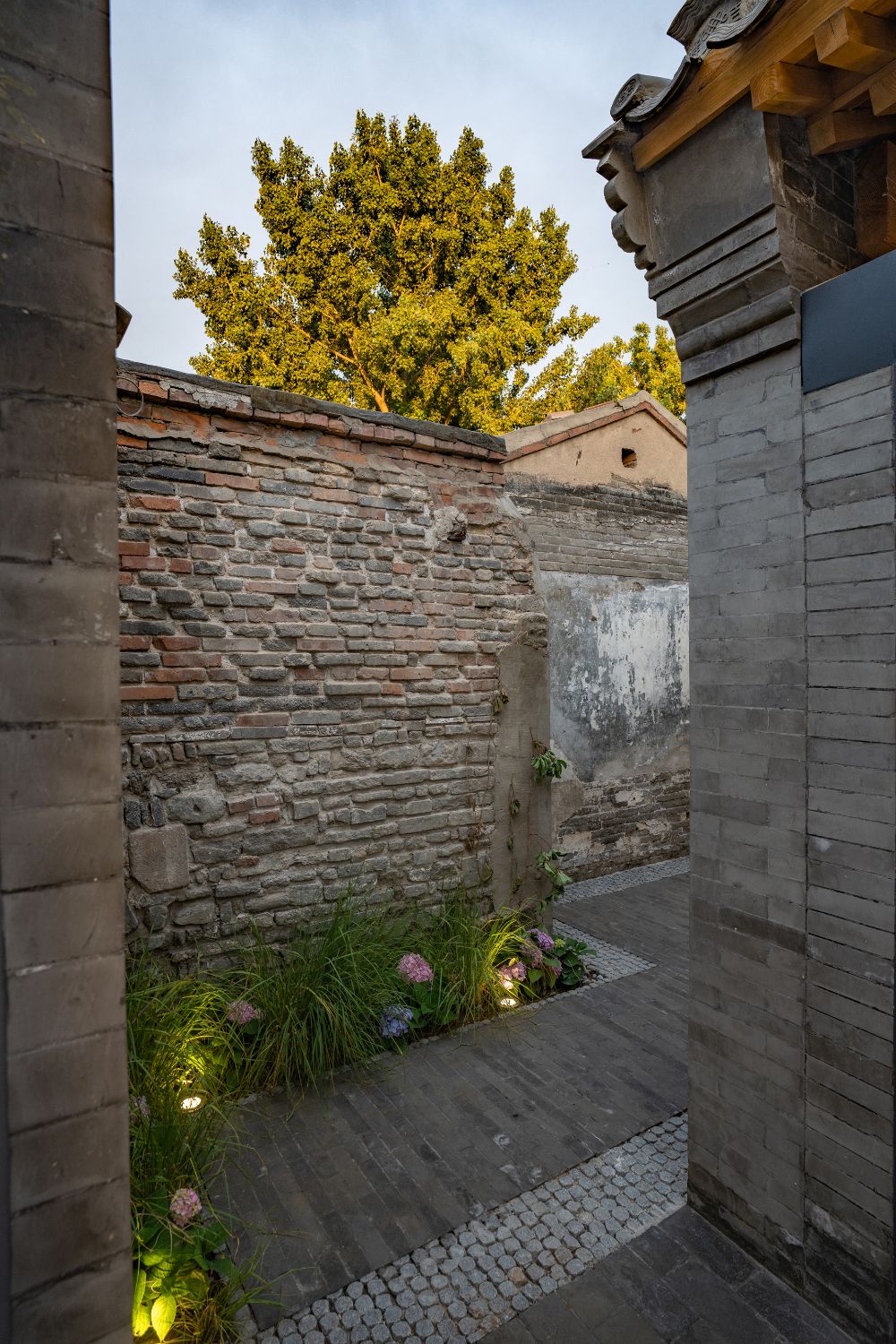 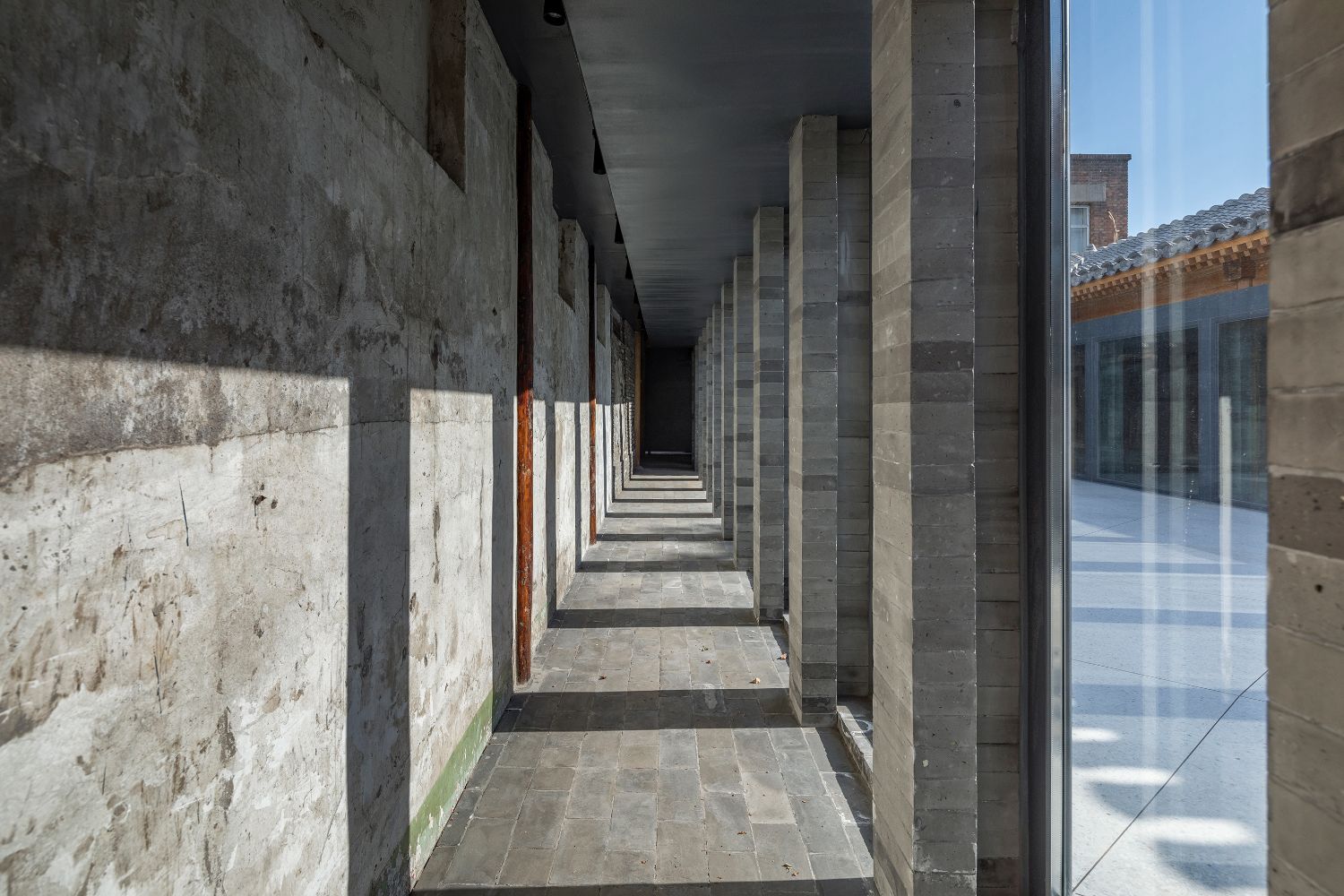 The renewal strategy of In-Hutong was inspired by the spontaneous renovation strategy of the residents living in the local hutongs. On the right side of the project courtyard was originally a small hutong (alley), at the entrance of which the residents added a gate transforming the hutong into a shared courtyard – Hutong courtyard. The bungalows in the northern part of Tianqiao area did not have a strictly regulated Beijing Siheyuan architectural system in history. Therefore, the local residents breaking through the typical hutong-siheyuan morphological restrictions and renovating their residences in flexible and diverse ways should be respected.

Close to the south central axis of Beijing, the project is located in the core area of the old Beijing’s folk culture with a rich history. Although the buildings as dilapidated buildings were demolished and reconstructed, the main spatial texture and parts of the old walls that did not need to be insulated are retained after being repaired and reinforced. These protected old walls show respect for history and make the history of Tianqiao a visible history.

As a demonstration renewal project of the bungalow district in the northern part of Tianqiao, Beijing, the reconstruction budget of this project is very limited, which thus makes this demonstration project more realistic. Therefore, it is designed not to use complex structures and expensive materials but four most common materials: wood, gray brick, steel, and glass. Beijing’s traditional wooden structure is adopted for the main body of the building, while steel structure and glass are used for the parts that provide new functions: such as glass windows, invisible air-conditioning vents, etc. The gray bricks are constructed in two different construction methods, traditional and modern, depending on its specific location, converging and translating the new and the old. As an architectural renewal in a specific site, especially under the circumstance where historical remains are preserved, those parts of the historical old walls were still built with the local architecture form of old Beijing in terms of architectural language. This traditional architectural form is reassembled with the contemporary architectural language form due to the addition of modern functions, thus traditional architectural language and contemporary architectural language chat and resonate with each other.

Link to the project on the architect / engineer website: http://www.cu-office.com/a/141.html