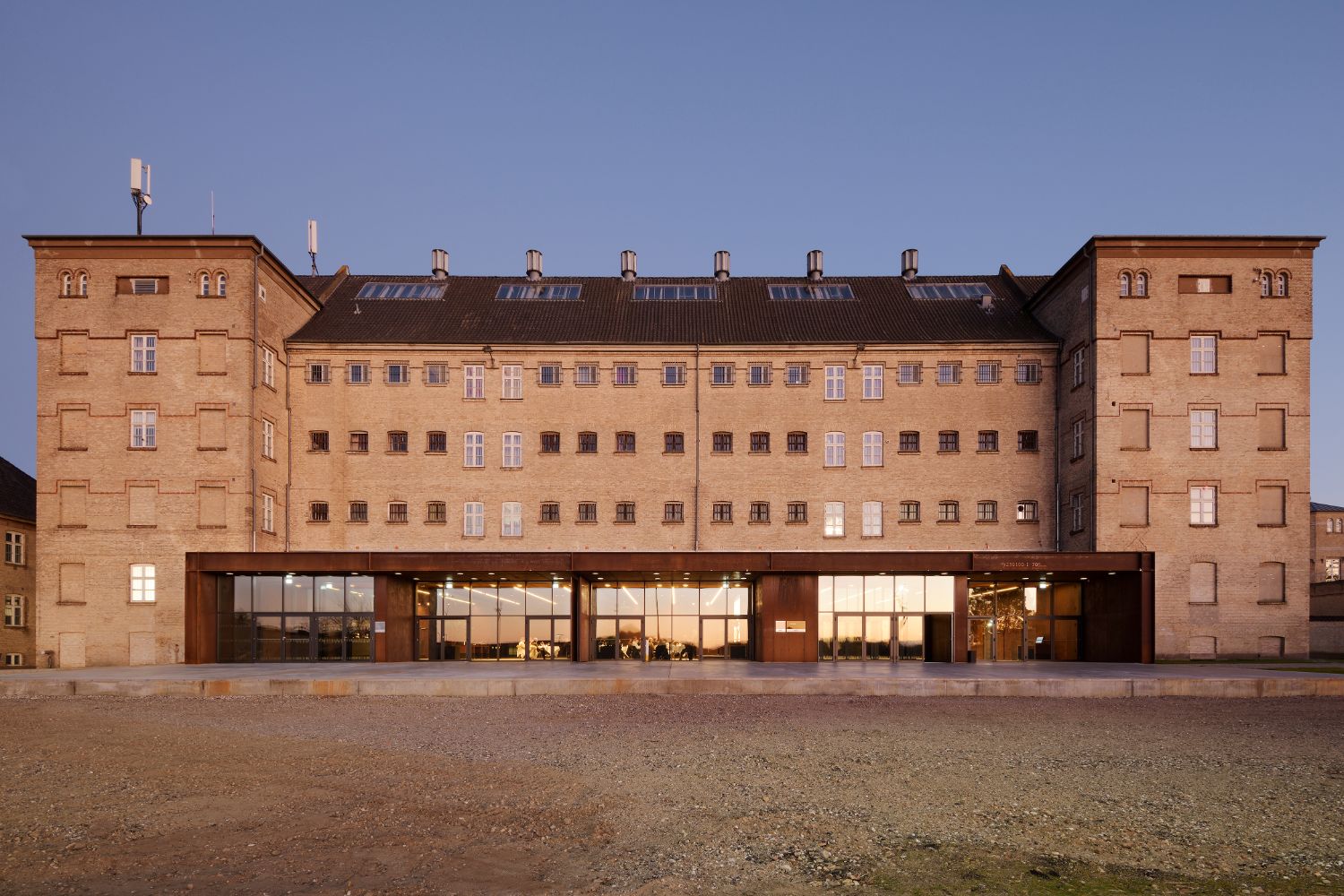 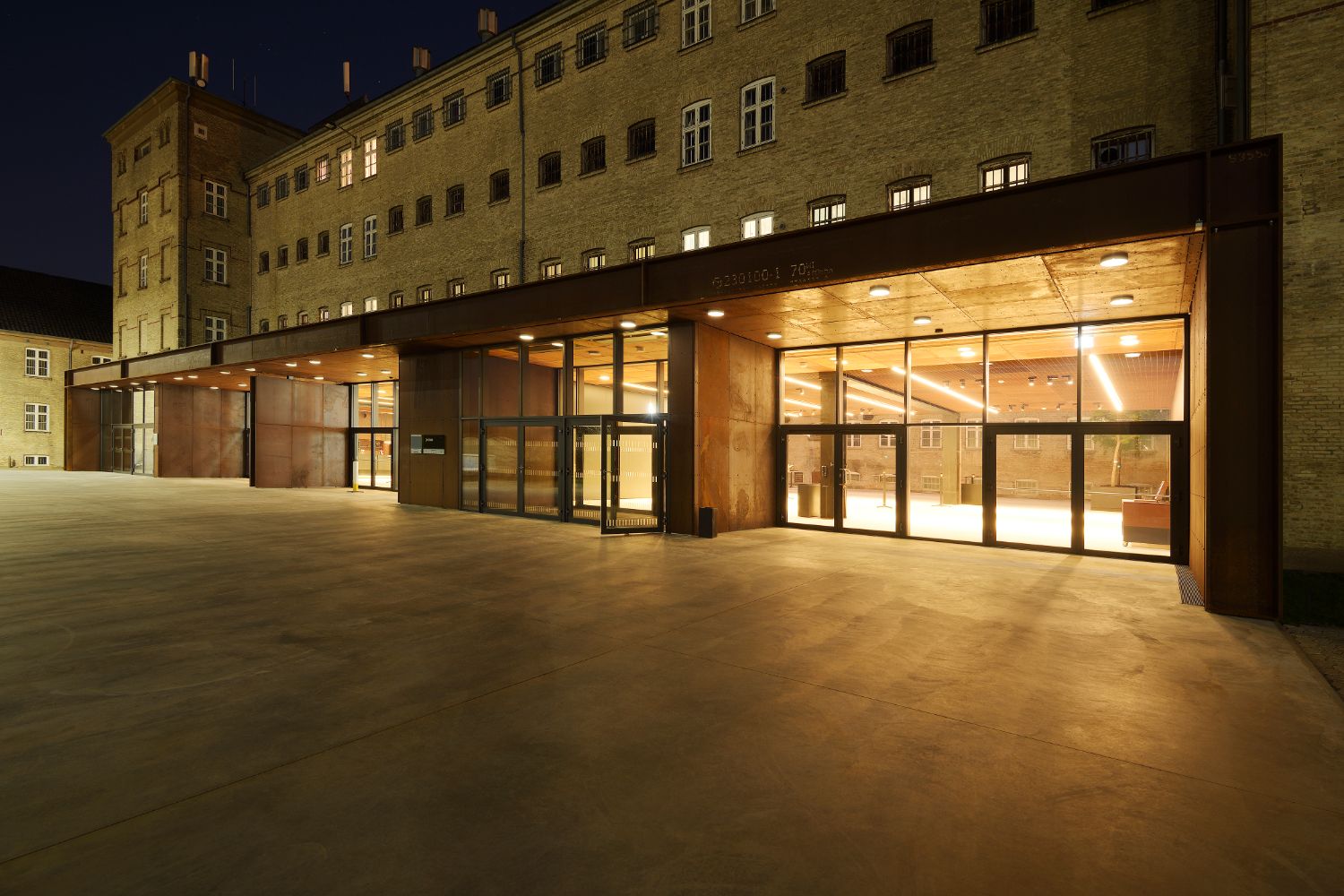 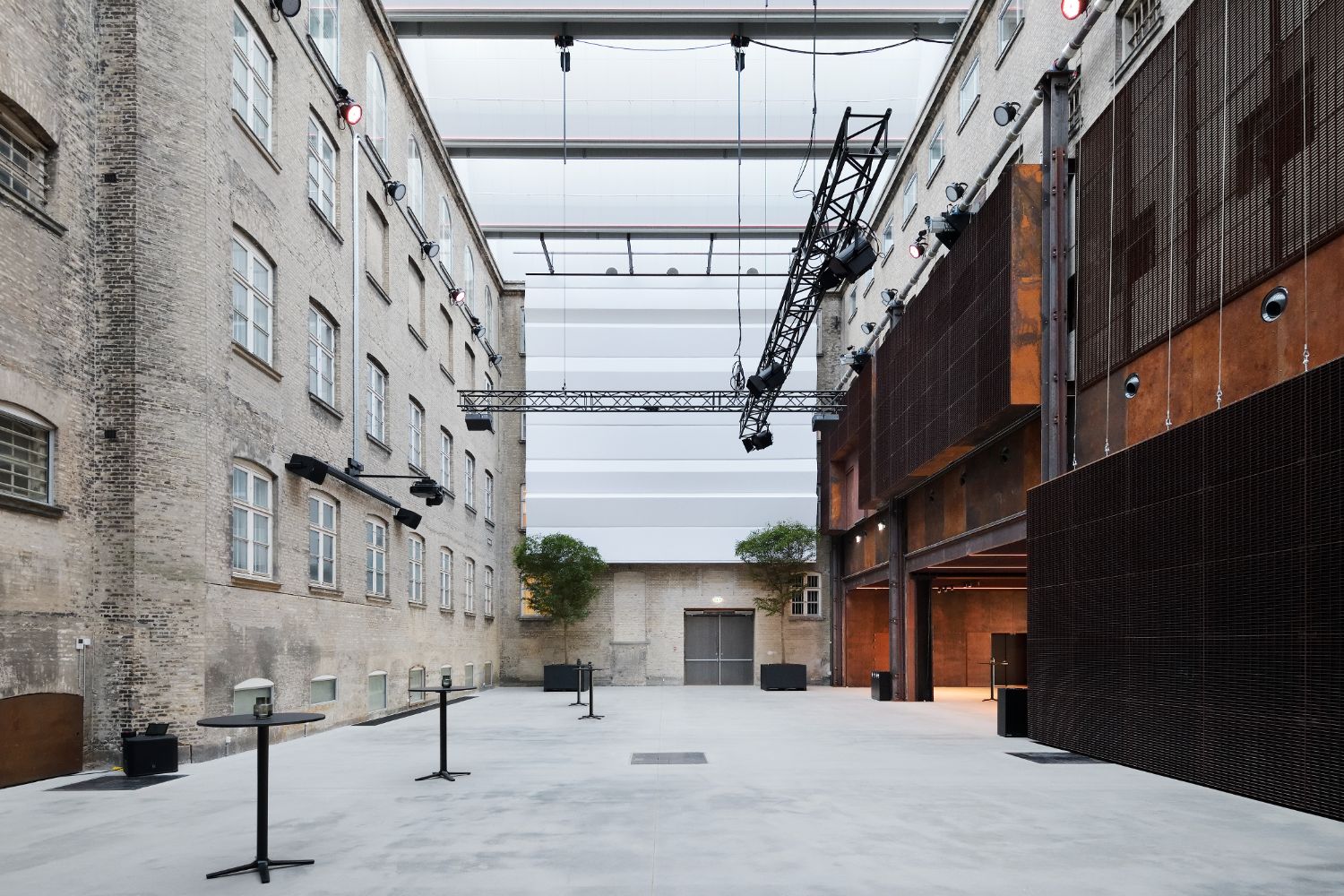 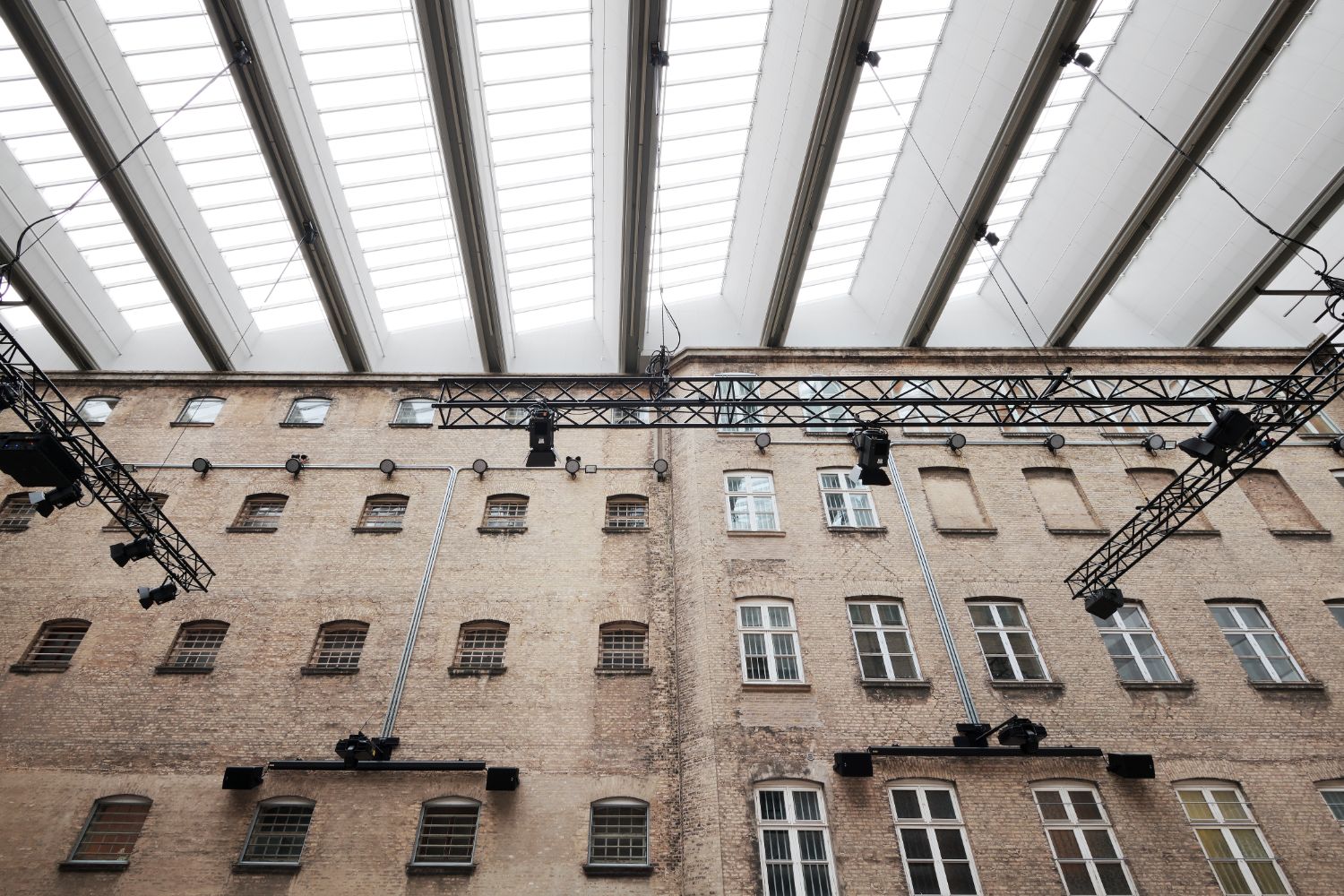 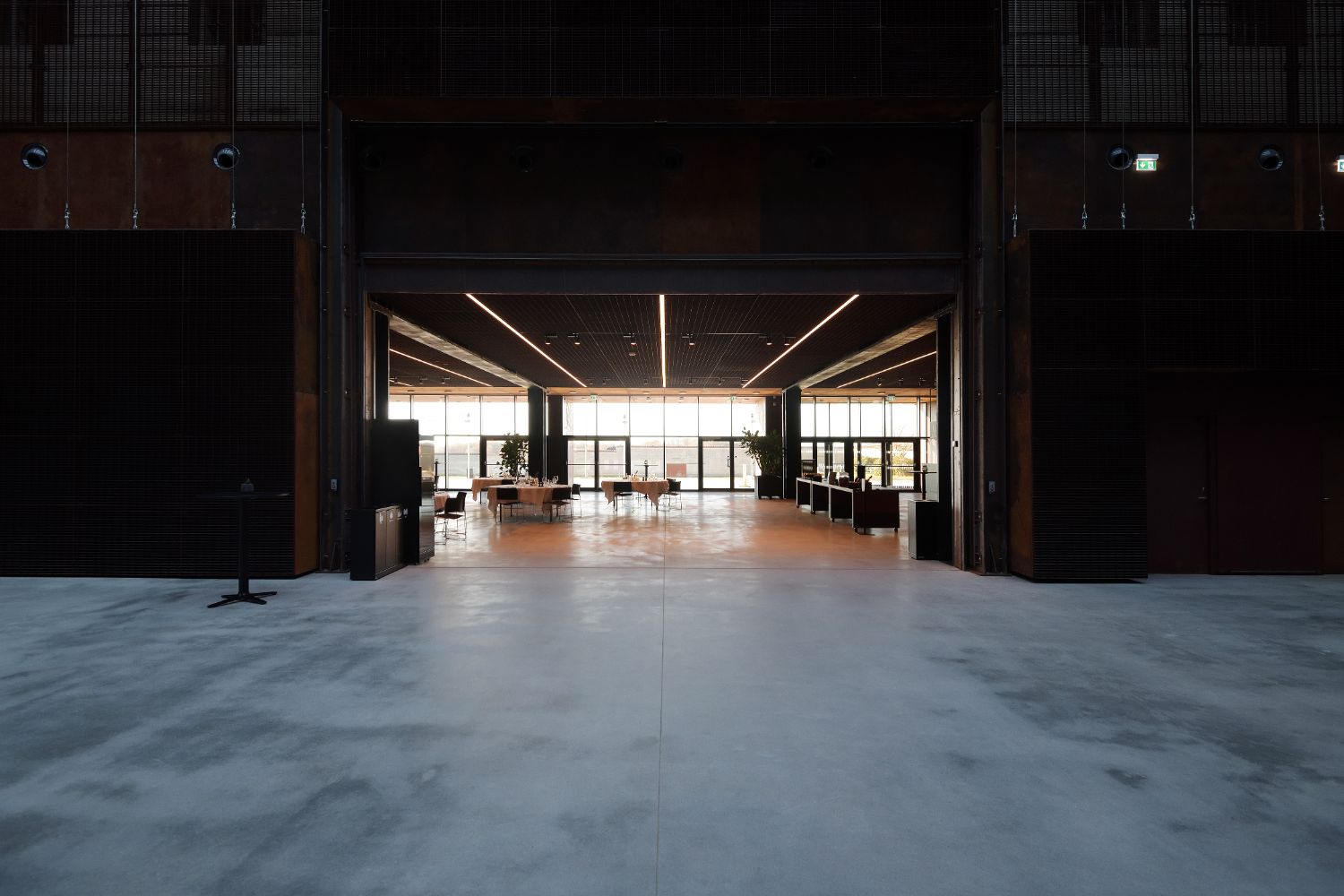 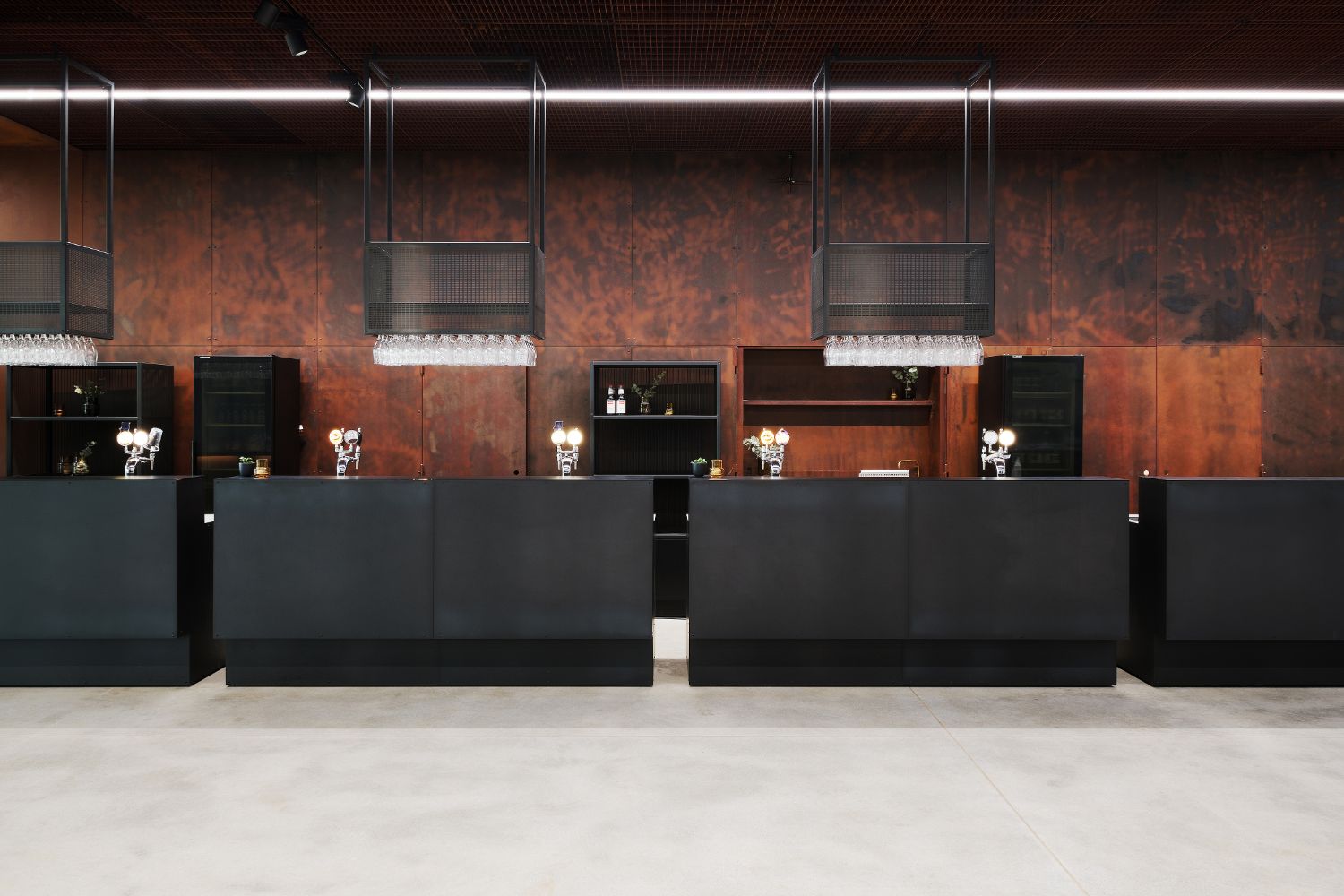 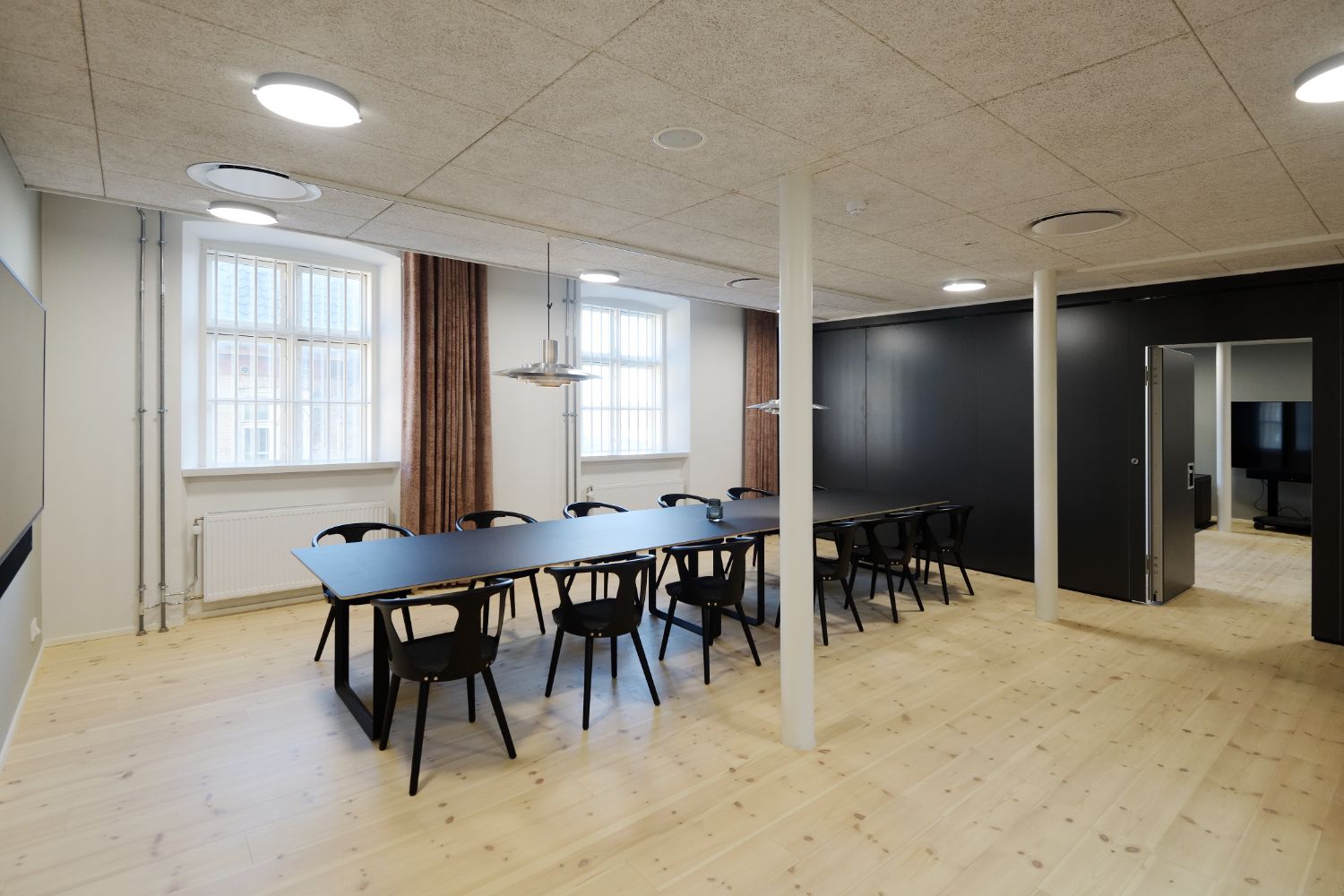 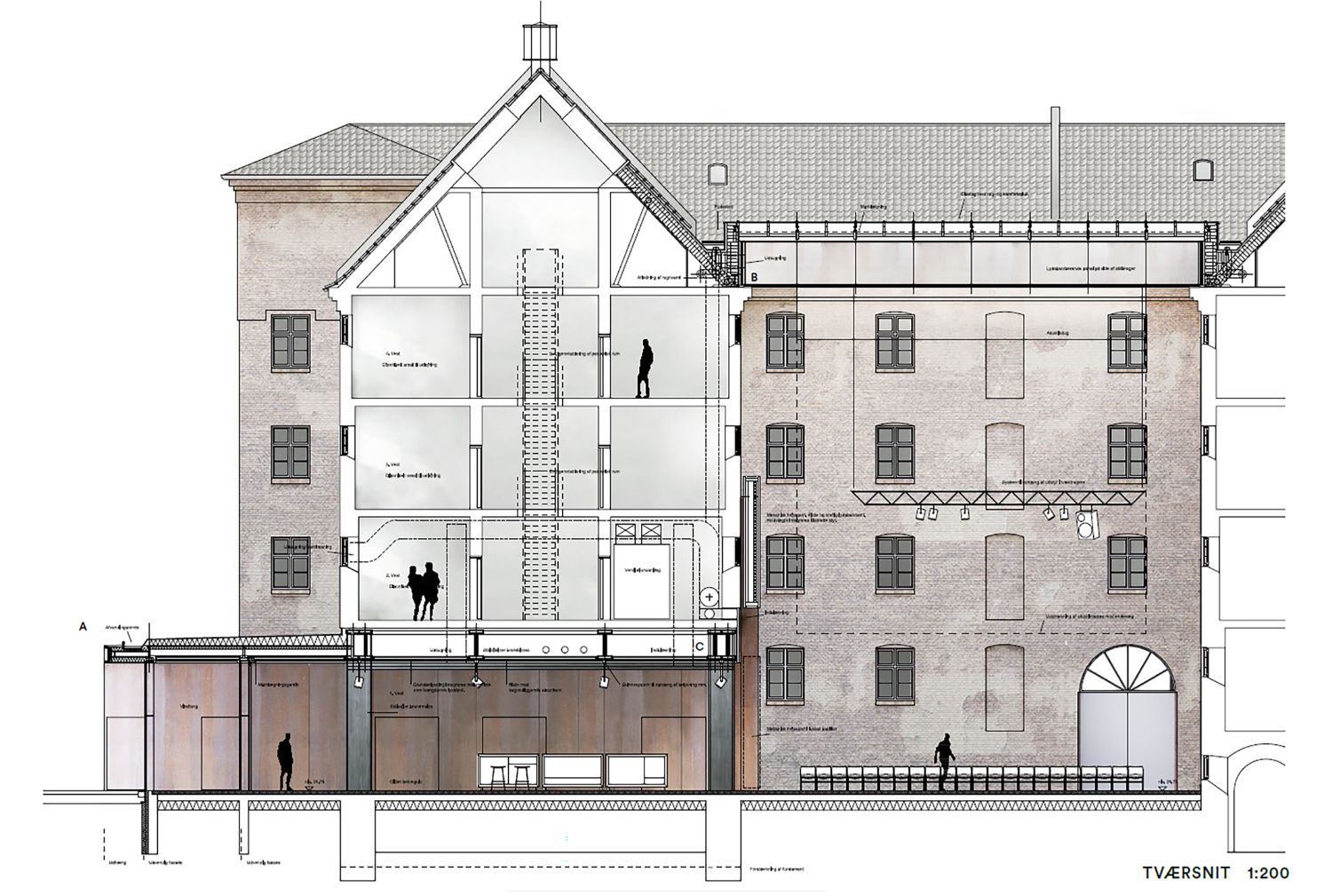 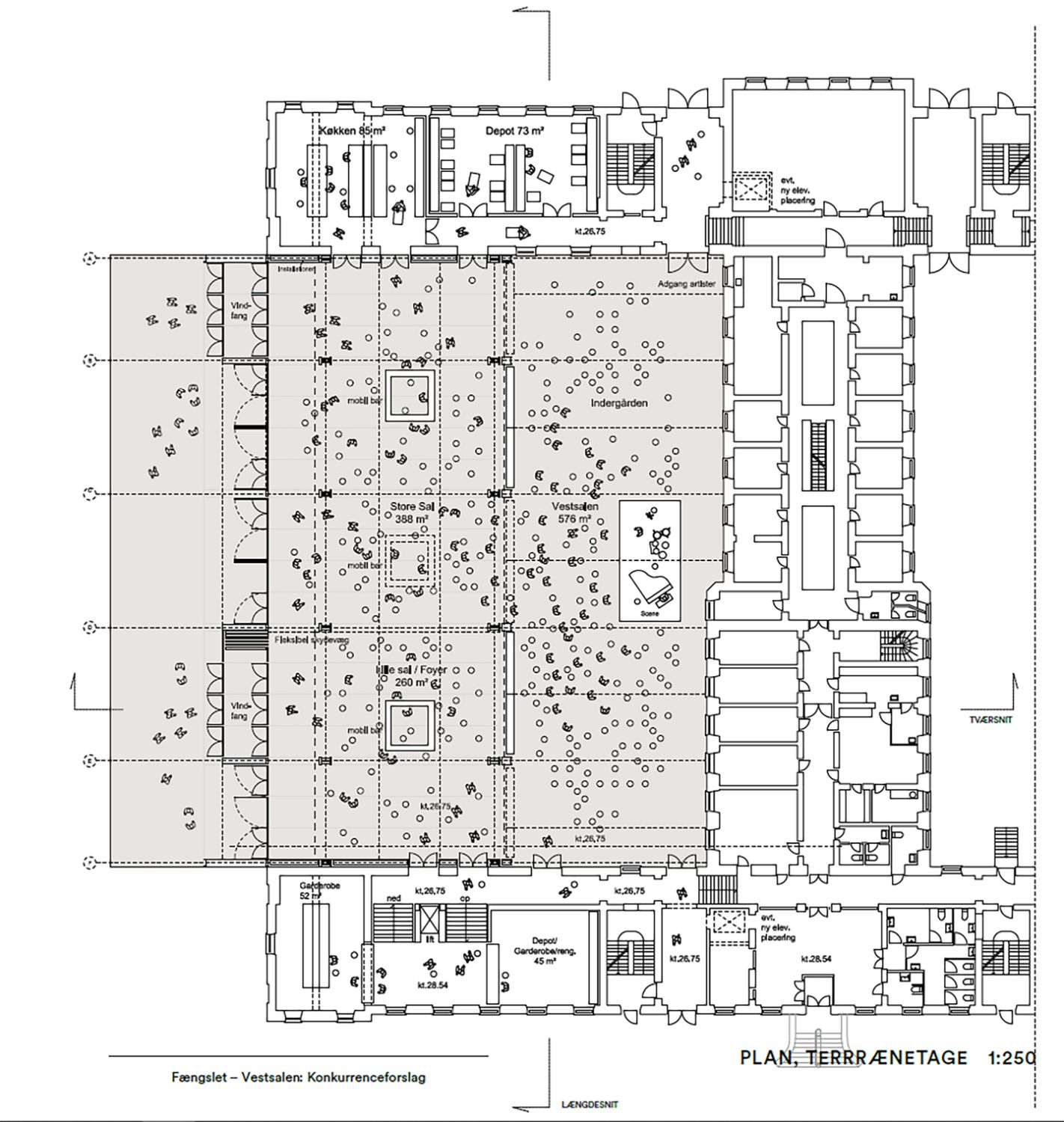 The vision of the West Hall project at the old state prison from 1853 was not to tear down the walls, but to perform a revitalising ‘operation’ of the prison with an almost surgical incision, for it to adapt to the demands and needs of the present without putting the past out of play. The prison is a physical historical imprint with great socio-historical and architectural perspectives, and authenticity and relatability in the design has been crucial for the transformation.

The transformation of the prison originates from a need to create spaces for events, conferences and concerts in the expressive historical settings. Transformation projects in Denmark are usually about outdated industrial facilities being converted and adapted with a cultural purpose, where downscaling and adaptation of big scale machine halls is the main challenge. The challenge at FÆNGSLET is the complete opposite! The building obviously contains many repetitions and small spaces, which has demanded a decomposition of the building mass to create the new large unifying space – The West Hall.

In order to create and integrate the West Hall smoothly in the large building, Cubo Arkitekter has seized a rather audacious engineering challenge; By undercutting and totally removing two existing floors space was created for inserting a clean-cut ‘box’, that connects the big prison yard with the inner courtyard. The inner yard has been covered with a glass roof and is merged with the open space underneath the west wing to form the West Hall.

The undercutting of the west wing is uncompromised and unequalled as the added architecture also appears uncompromising and minimalistic. A simple and spartan expression is pursued in a project, that is anything but simple. The design, which unites architecture with advanced engineering, and the significant connection with the historic prison, makes the project stand out as contemporary international state-of-the-art architecture.

THE PRISON IS OPENED UP

The core narrative of FÆNGSLET is the prison-experience itself, but the story is not just about closed spaces and isolated, secluded existence. Horsens State Prison was built on the belief that one could atone for his crime, and that it was possible to resocialize the prisoner back into a normal life. That is why the prison also needs to obtain hope; the light in contrast to the darkness, the open in contrast to the closed. The new West Hall represents these contrasts and symbolises openness, light – and ultimately freedom.

In 2006 the gates closed behind the last prisoner and since 2012 the prison yard has been used for concerts and other events. To meet logistics and emergency regulations openings were cut in the prison wall and massive steel gates inserted. The gates are now covered in red, rusty patina that naturally blends in with the old brick walls. The new West Hall opens the building in a similar way, with rust-red steel covering the holes where needed.

The West Hall is a flexible event room that can be divided into three smaller rooms: The Inner Yard, The Big Hall and The Little Hall. The halls are flexible for individual use, and they connect in various combinations.

The huge concrete plinth that juts into the prison yard is a natural extension of the indoor sanded, polished concrete floor and creates a large stageable area, useful for openair events in summertime.

Opening the Prison is all about boundaries – about outside and inside, and about spaces, defined by the hierarchies of architecture, creating extraordinary experiences for the visitors.

The term ‘Gate’ is crucial when describing the characteristics of FÆNGSLET, with the green main entrance as a symbolic marker. The peripheral patinated rusty iron gates and the light-yellow bricks creates a certain vibe, endorsed by steel as a distinct material in the heavy doors, gratings, grids and so forth. The combination of this cold rationality and the patinated warm ‘decay’ refers to the past in a modern and functional way.

Steel gates are used in several flexible solutions around FÆNGSLET, not least the huge raise-and-lower gates facing the courtyard to the south. Open these gates in the evening when the sun sets, and the rough materials inside the West Hall will be bathed in orange sun rays – a rather astonishing setting for pre-dinner at a conference.

THE SKY OVER THE WEST HALL

The covering of the courtyard is based on the wish for a functionally flexible space where the feeling of being in an outdoor space is preserved. A bright sky with artificial clouds covers the yard and functions as a flexible sun protection-screen at the same time.

The light semitransparent roof lets in the unique northern light and screens the bright light from the south. In front of the end-walls in the courtyard, big special-made rugs are hanging from the roof. The strong rugs have an important acoustical function, muffling and decreasing the sound from the hard reflecting surroundings; concrete, tiles and iron. The rugs visually draw the sky down into the courtyard, while the hoisting gates pull up the patinated steel, letting the light in and creating a sense of freedom over confinement and imprisonment.

Link to the project on the architect / engineer website: https://cubo.dk/projekt/faengslet-vestsalen/