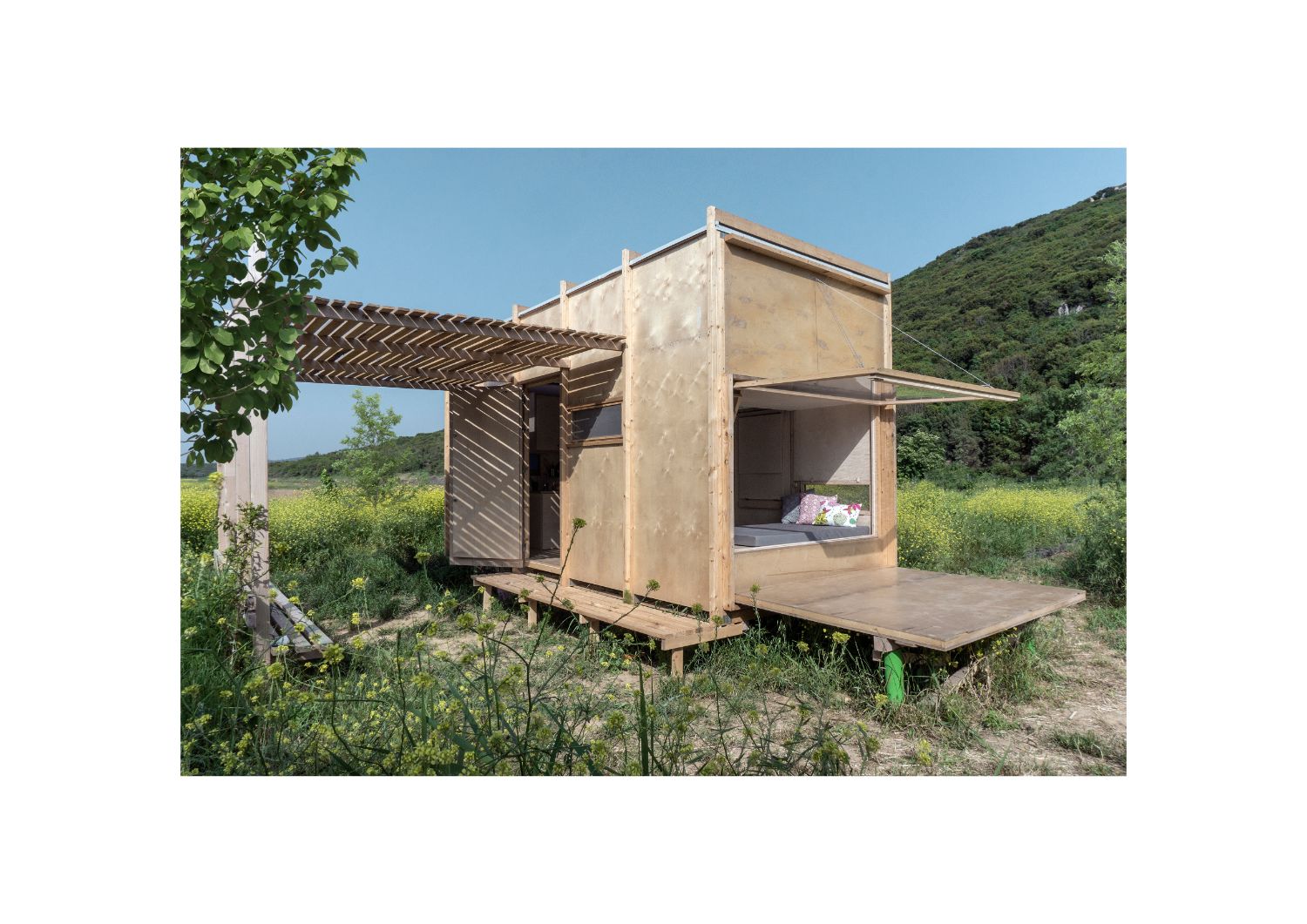 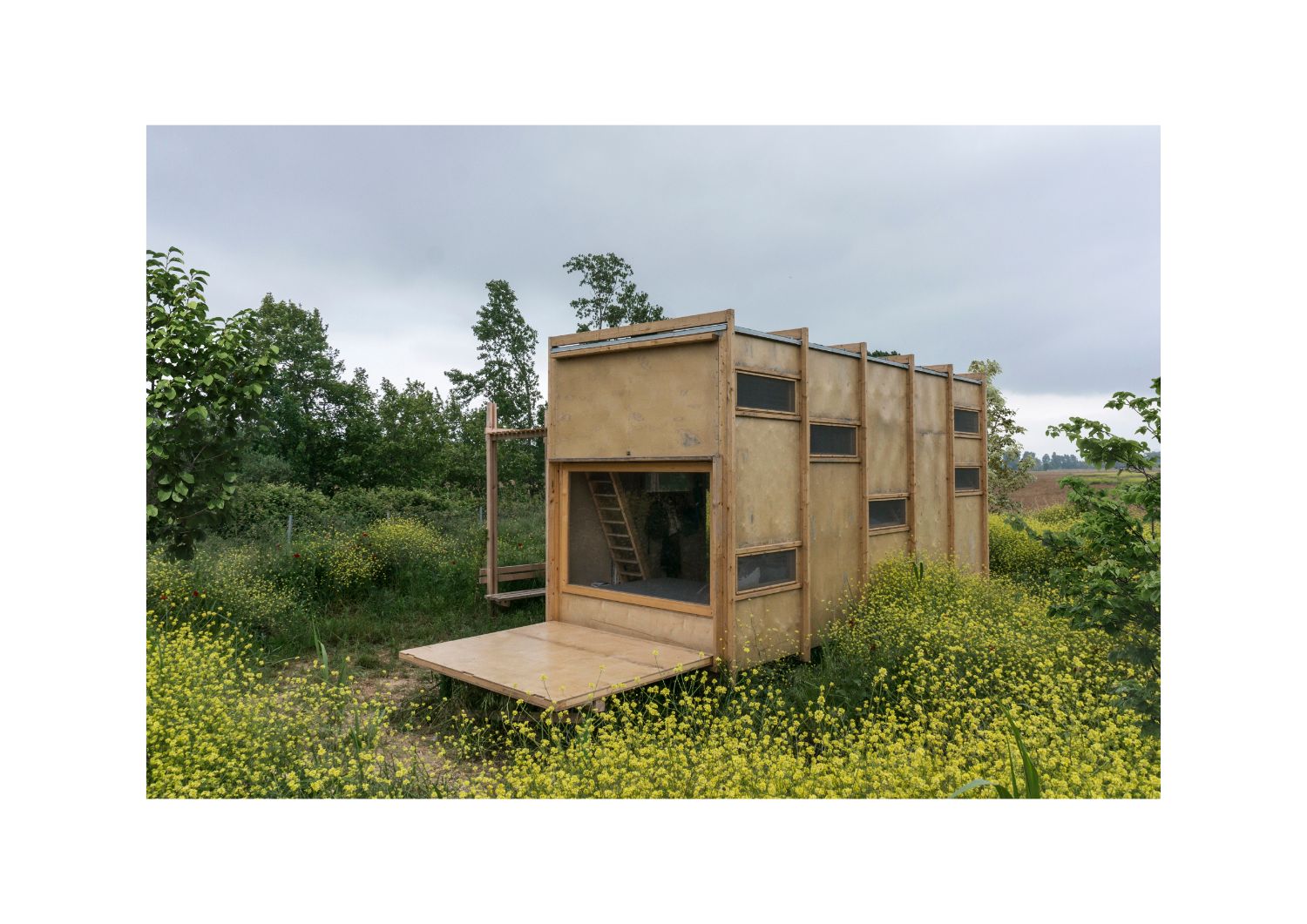 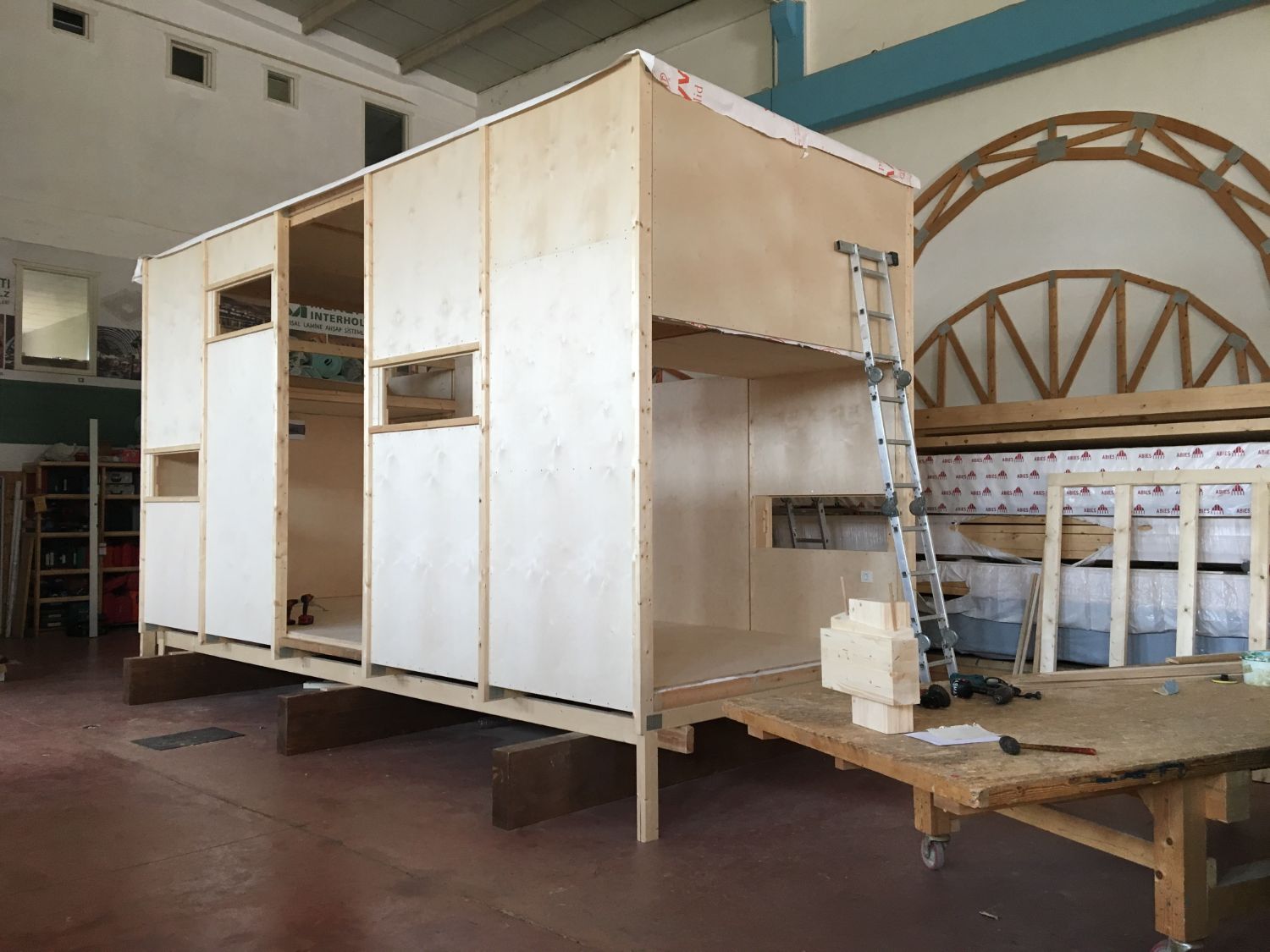 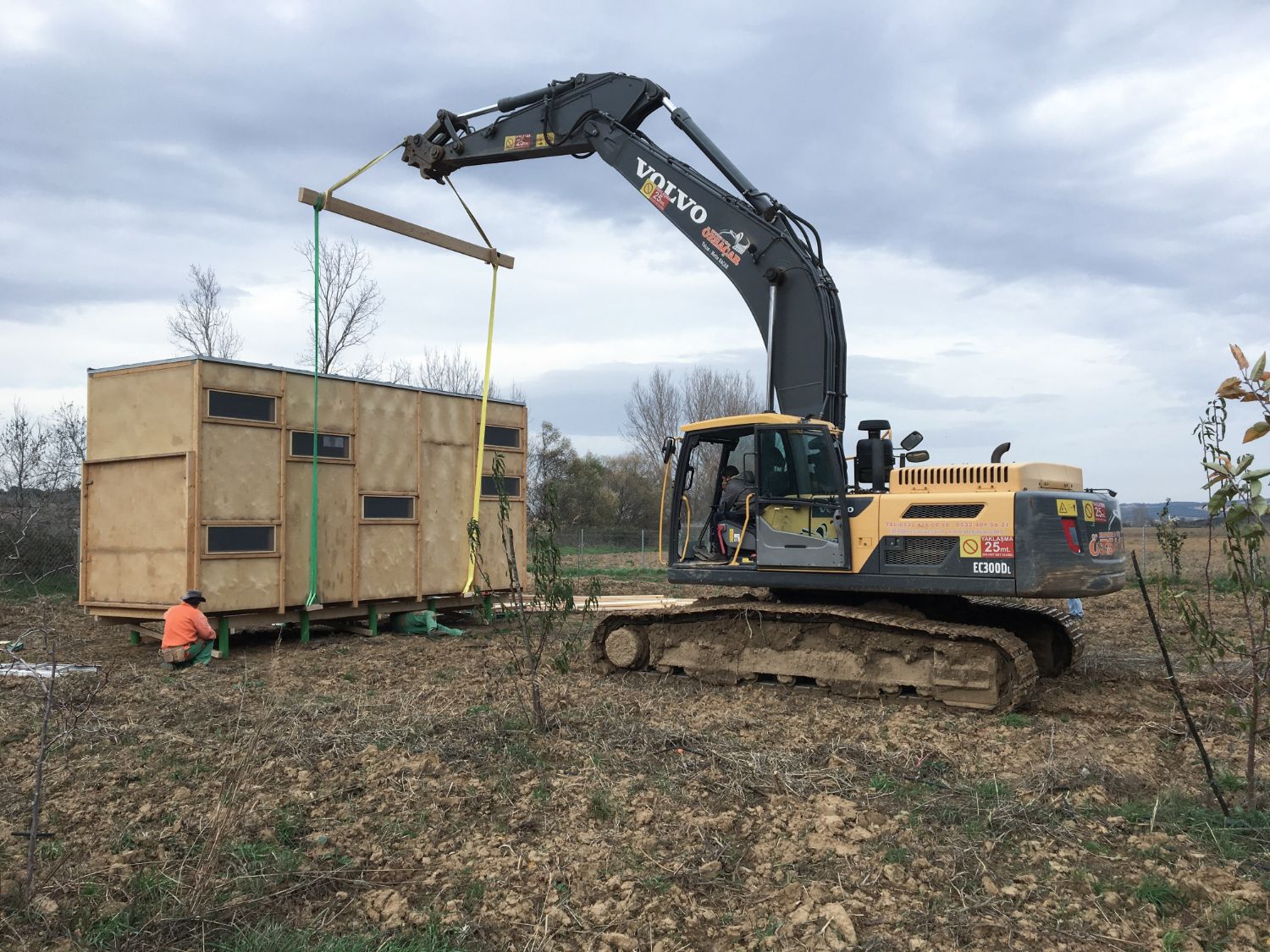 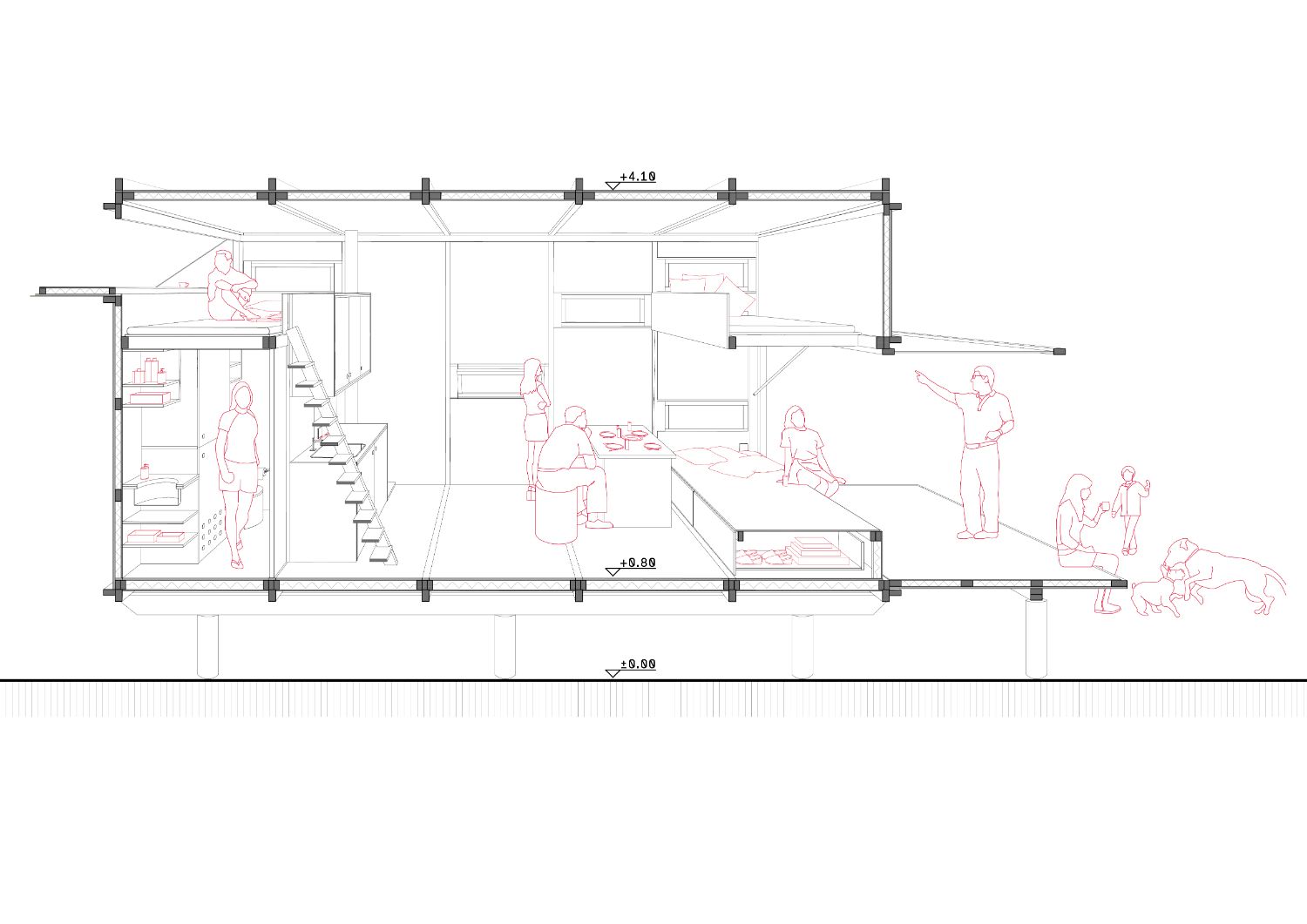 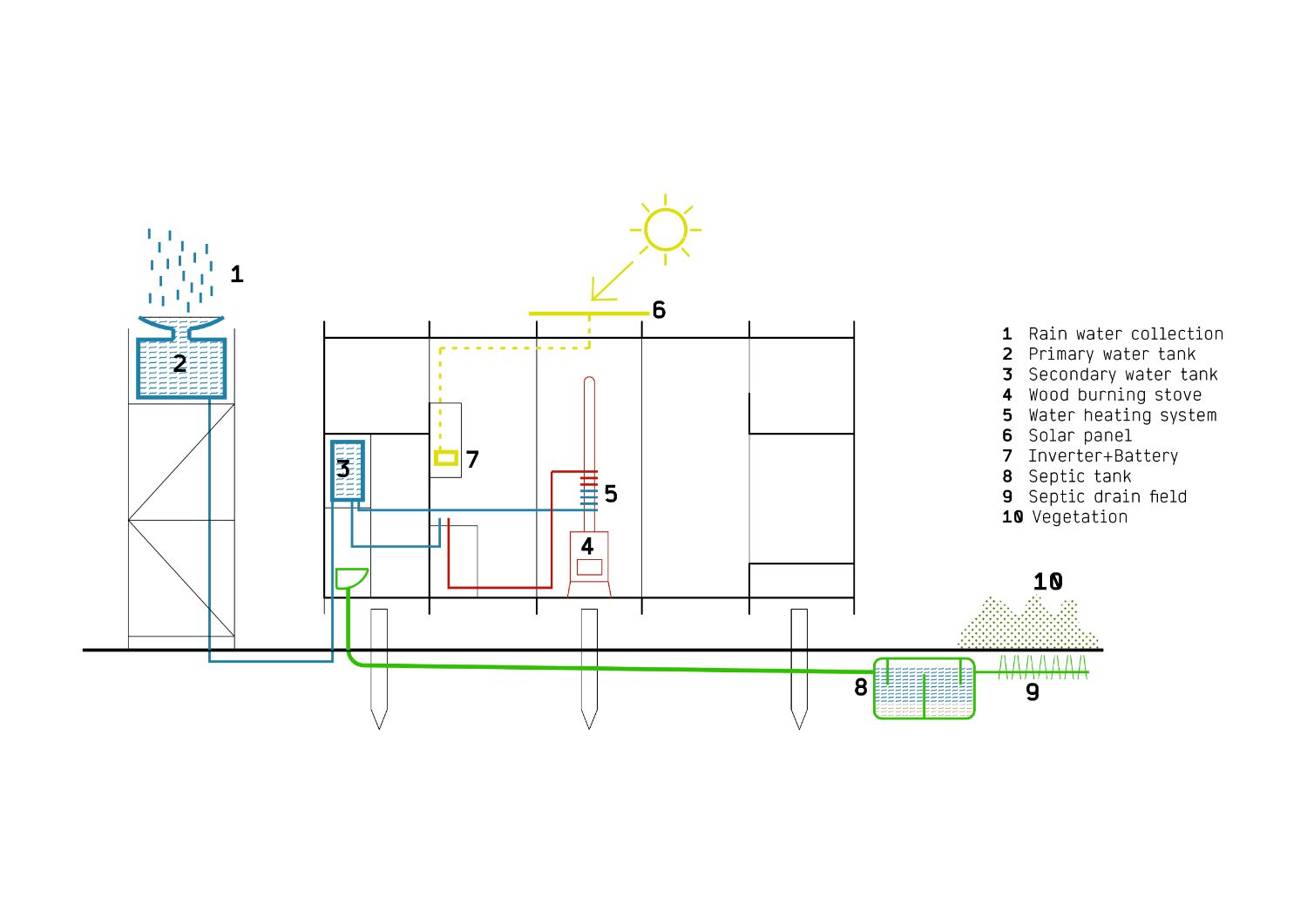 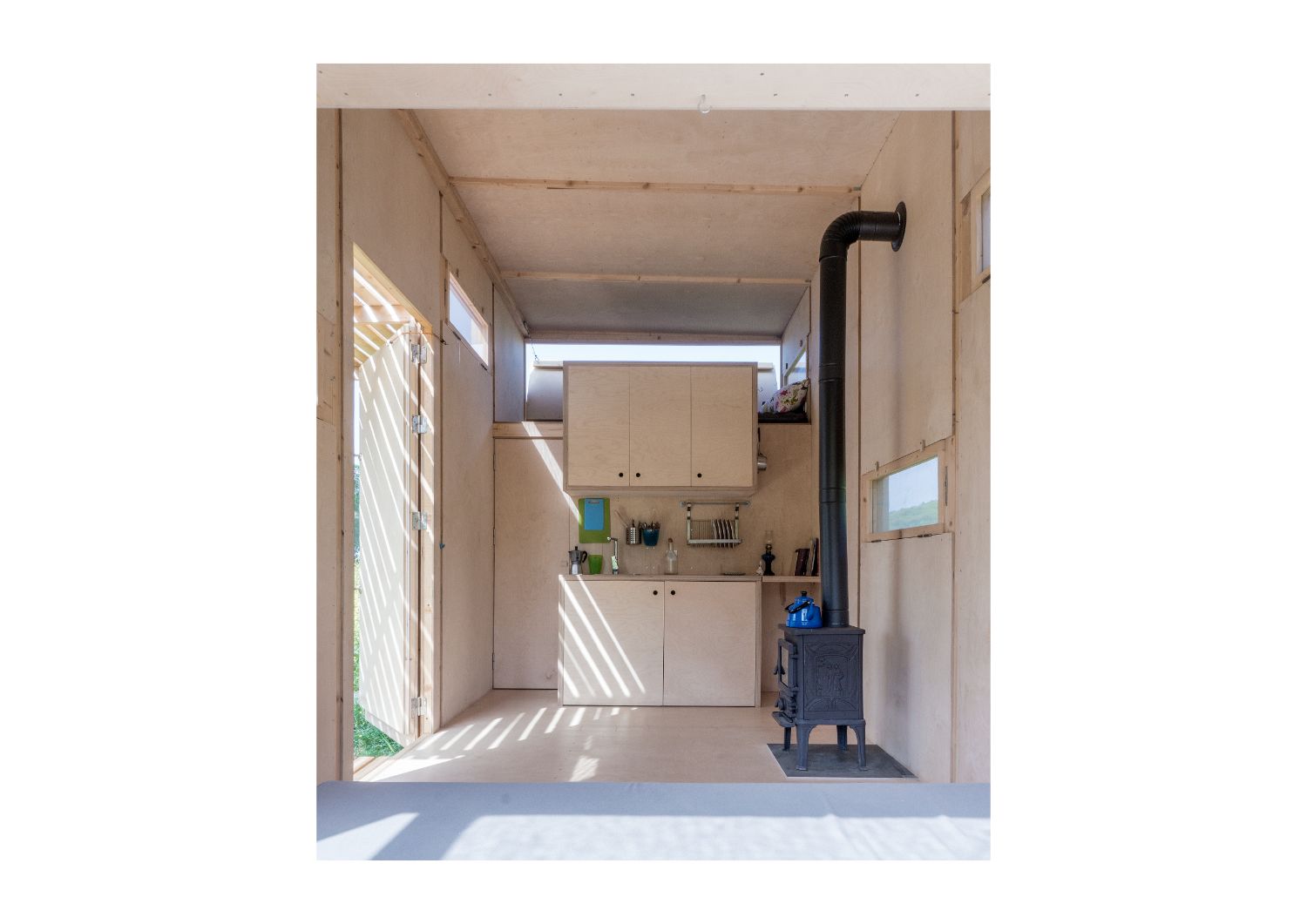 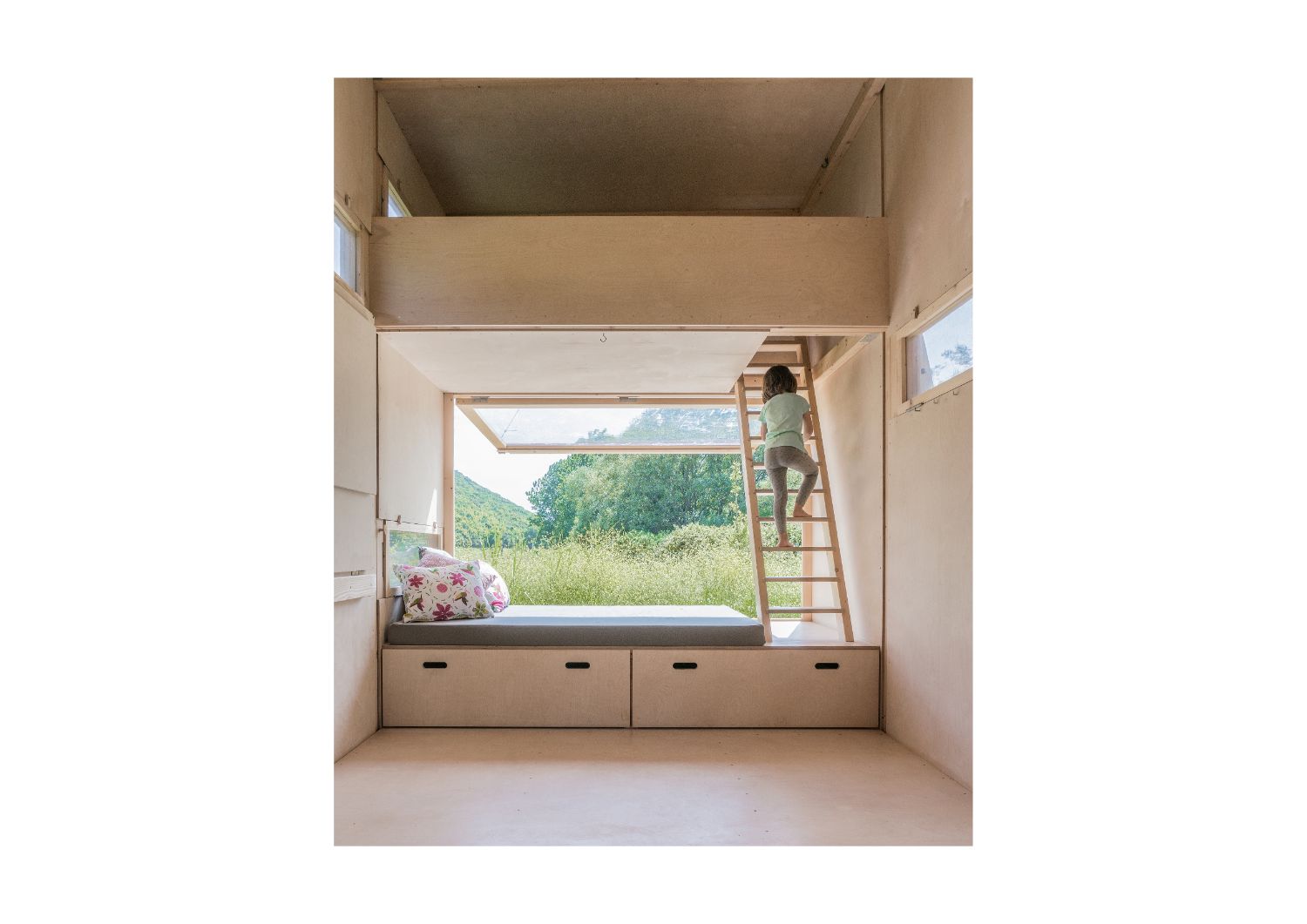 Project description as provided by the Architects

What does the photo of the man, walking alone in an almost untouched forest to its elegantly but simply designed hut that gently sits on the soil say to us? This very popular image might relate to the dream of escape from metropolis or a way to get back to nature… But more than that, that photo shows the victory of architecture, how it is able to survive even without an infrastructure that is supposed to be the main supporter of building for over a century. While this photo of the isolated house in nature gives a clue about the triumph mentioned above, the sections of the building displays the details and how architecture overcomes being without infrastructure utilizing nature by rainwater collectors, solar panels etc.

But nature is not always a collaborator of architecture. What those charming photos  or intelligent sections do not show; giant mosquitoes, heavy storms, sizzling sunshine, muddy grounds are there, as well. Designing a contemporary off-grid building in nature, is not only about collecting rainwater or utilizing solar energy or locating the building according to the sun and wind; it is rather about a more direct, unequivocal way of relating with nature.

There are certain cases that this relationship has its ups and downs. Sometimes, during an afternoon in spring, it could be very humble and tender while it may suddenly become fierce and forceful on a winter night. This cabin is designed based on this relationship. It is manually transformed by its users, according to the climate conditions.

Located in a village on the Turkish-Greek border, Cabin on the Border faces weather conditions that vary dramatically depending on the season. On a warm rainy afternoon, the polycarbonate window becomes a canopy to lay under and watch the sky over the plywood façade that becomes a terrace. On a stormy night, both the window and the façade are shut down, then the cabin -totally made of laminated wood structure with insulation- becomes like a sailboat in the ocean. All this happens manually, since the cabin is off-grid. Though it is prefabricated and transported to the land, it has been embraced by nature thanks to spring and fully surrounded by mustard plants.

Initially inspired by that generic photo we described above, we tried to envision nature not only as a picturesque background but also as a protagonist of the scenes we will create.

Link to the project on the architect / engineer website: https://www.soistanbul.com/